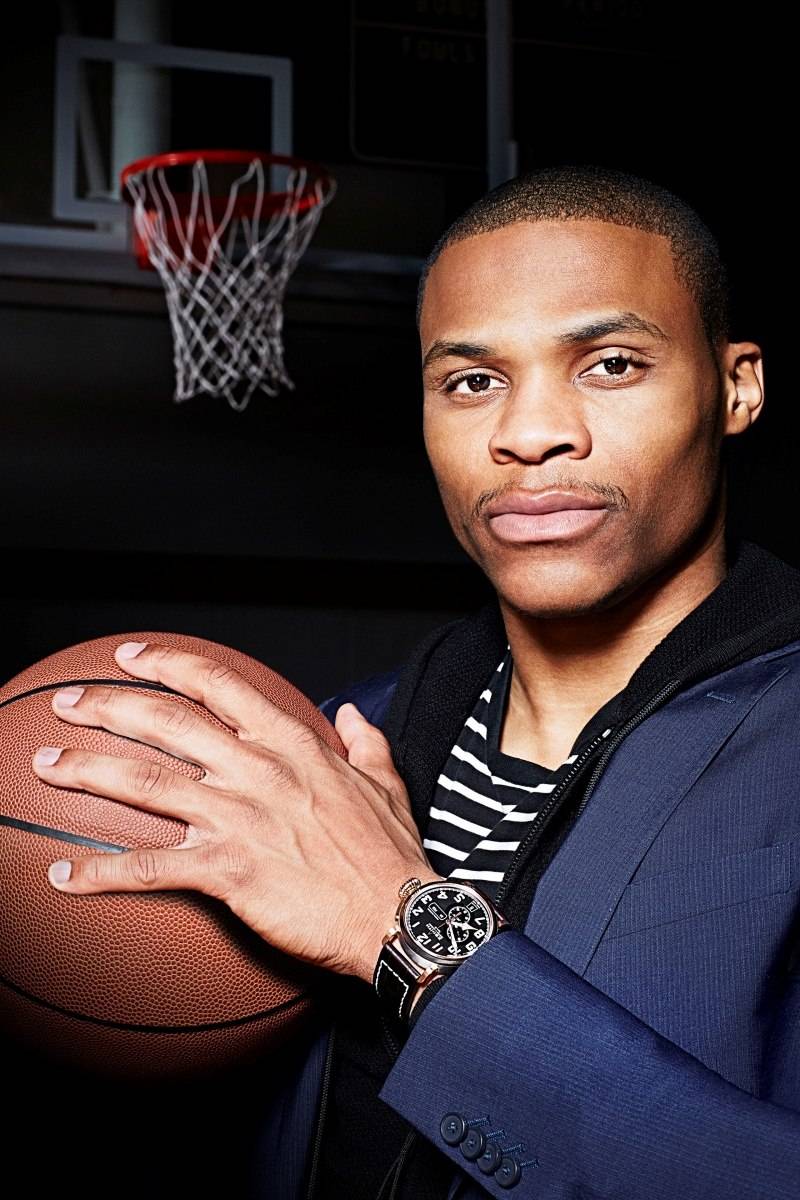 He’s been featured in Vogue and the “Style” section of the New York Times. He’s even sat with Anna Wintour in the front row at New York Fashion Week. So it’s no wonder that Zenith Watches is thrilled to be on the arm of Russell Westbrook.

The Le Locle-based manufacture recently revealed that Westbrook is Zenith’s newest ambassador. The Oklahoma City Thunder point guard is a three-time All-Star and has a gold medal from the 2012 Summer Olympic Games in London.

For Jean-Frédéric Dufour, CEO of Zenith Watches, the partnership between Westbrook and the brand is a perfect match. After having been introduced to Westbrook through Haute Living magazine, Dufour says he was struck by the baller’s approach—both on and off court.

“First of all, this partnership is about friendship,” Dufour said. “To us going beyond partnership is important; we really try to establish a real and true relationship. It is not only about sport but also about human beings. What we like is that he is stylish, excellent, and humble.”

Westbrook is equally as complimentary about the LVMH-owned brand, saying, “It is such an honor to be an ambassador for Zenith. They take great pride in the watches they produce and to have the opportunity to work with a company like that is unbelievable.”

Westbrook’s intuitive aesthetic is something the 150-year-old manufacture may be tapping into as the partnership develops. “Russell is a huge fashion star and he has an incredible true style,” Dufour says. In addition to upcoming events in the United States and a planned visit to Switzerland in July, Dufour said Zenith is “thinking of designing a piece with him. Yes, we are thinking of doing something together. You will have to wait and follow up!”

Until then, we will no doubt see Dufour on the sidelines in Oklahoma, cheering on Zenith’s favorite NBA player. “I like basketball very much,” Dufour concluded. “I am a Russell Westbrook fan and yes I am an Oklahoma Thunder fan!”