Dwyane Wade: Miami Heat’s Superstar Has His Eye on the Goal 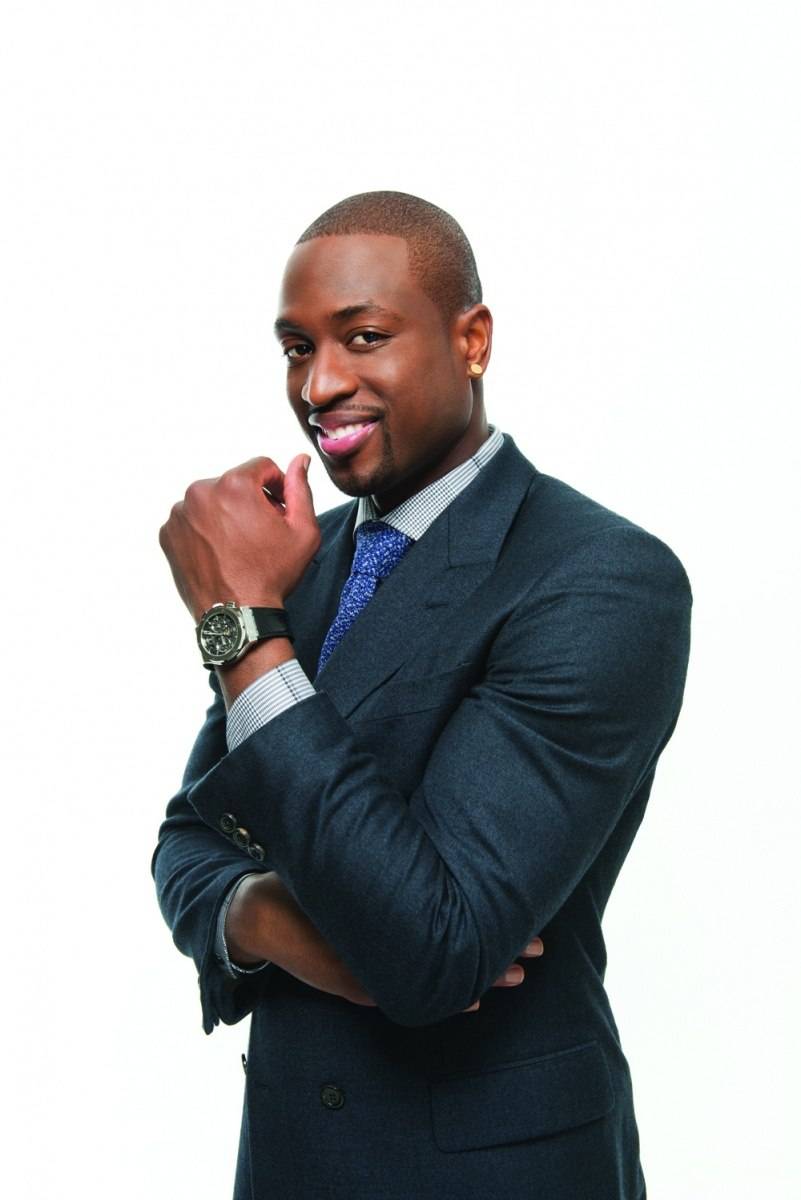 Flash back to June, a hot Miami night. Inside the American Airlines Arena, it’s even hotter. It’s Game 7 of the 2013 NBA Championship, and the Miami Heat is leaving it all on the court, to the delight of the hometown crowd. Although they had got off on the wrong foot, losing Game 1 against the San Antonio Spurs, the Heat had come back from their 3-2 series deficit to win their games at home. As the clock counts down the last 60 seconds of the game, the Spurs make a valiant effort to catch the Heat’s lead, but it’s too late. Dwyane Wade’s Miami Heat is unstoppable.

The year 2013 was a big one for Dwyane Wade. Which is saying something, considering Wade already had an Olympic gold medal and two NBA Championships under his belt. But to see Wade during this most recent Championship, you would never know it. Wade plays with the same hunger he exhibited the first day he stepped on court, after being drafted by the Heat fresh out of college in 2003.

“Every year, when I get the chance to compete for another championship ring, it’s exciting, humbling and always harder,” Wade said, “because every opponent brings their best game on the court. But I’m looking forward to the opportunity of chasing a fourth title and a three-peat with my team.” Clearly, Wade is not one to rest on his laurels. Growing up in Chicago, Wade idolized Bulls legend Michael Jordan. It’s easy to imagine a young Wade day-dreaming about building a similar career, waiting for the day when he would be center court.

Today, just like Jordan, Wade has transcended his sport. A style icon, Wade has developed partnerships with some of his favorite brands, including Hublot. “I was introduced to the folks at Hublot through a friend,” Wade said. “At the time, they were looking to bring on board their first US NBA ambassador. From the first meeting, it just seemed like the right fit for me. They understood my taste and interests and the decision to sign became an easy one. Since then, we’ve been family.”

According to Hublot CEO Ricardo Guadalupe, the fact that Wade actually wore Hublot timepieces even before they started working together was a huge draw. “We usually choose our ambassadors once we see that they have bought a Hublot watch first! It is a very unusual way of doing it, but 85% of our ambassadors have been wearing Hublot watches – which they had bought by themselves – before becoming official Hublot ambassadors. This way of doing things is clearly giving a total other relationship between the brand and the ambassadors. In our eyes, it is essential that our ambassadors have a real commitment and relationship with the brand, instead of only the contract and the money involved. People only value what they buy. That is also one of the reasons why we in principle never offer a watch to any celebrity.”

Since they began working together in 2011, Wade has visited the Hublot manufacture in Nyon and teamed up with the brand to create his own limited edition timepiece, the King Power Dwyane Wade (an experience he describes as “a privilege”). Whether it’s at a basketball clinic or on the runway for a fashion fundraiser, the timepiece has become part of the look that has landed Wade on several best-dressed lists.

“In my early days in the league, I wasn’t really thinking about fashion,” Wade said. “But it’s definitely something that I found myself falling in love with and really getting into with the help of my stylist Calyann Barnett. The past few years I found myself exploring different looks and styles and I guess I just found that fashion bug. I love it now.”

More importantly though, the NBA All-Star’s partnership with Hublot has meant great things for the Wade’s World Foundation and the Miami Heat Charitable Fund. From the One Million RMB Basketball Chinese Charity Challenge where Wade played basketball with local children in Beijing, to a star-studded fundraiser at the home of Basketball Hall of Fame coach Pat Riley, Hublot has worked closely with Wade to help both charities provide support to community-based organizations, in Miami as well as in Wade’s hometown of Chicago.

“Hublot has been very generous in supporting both foundations,” Wade said. “They understand the importance of giving back – whether here in the US or with our efforts in China. Charity is an important aspect in our partnership.”

That vision of empowering children is one that hits close to home for Wade. Two years ago, Wade published A Father First: How My Life Became Bigger Than Basketball. The book, which became a New York Times best- seller, offered a rare glimpse into the basketballer’s upbringing, and his move from the South Side of Chicago to Robbins, Illinois when his parents divorced. Although Wade was in some ways another statistic, the child of a so-called broken home, he was profoundly impacted by his parents’ decision to co-parent amicably. So when Wade became a parent himself, it was clear that his children had to be his highest priority. Indeed, with three sons, his status as a family man has only grown after Wade’s recent proposal to his longtime love, actress Gabrielle Union.

“Writing [my book] was life-changing for me,” Wade shared. “It gave me the opportunity to shed light on some life experiences that I’ve never shared before, showing fans a different side of me while being open and honest about my own fatherhood experiences. It’s a book that I hope makes my sons proud in the future. Encouraging fathers to be responsible and active in the lives of their children is important to me.” 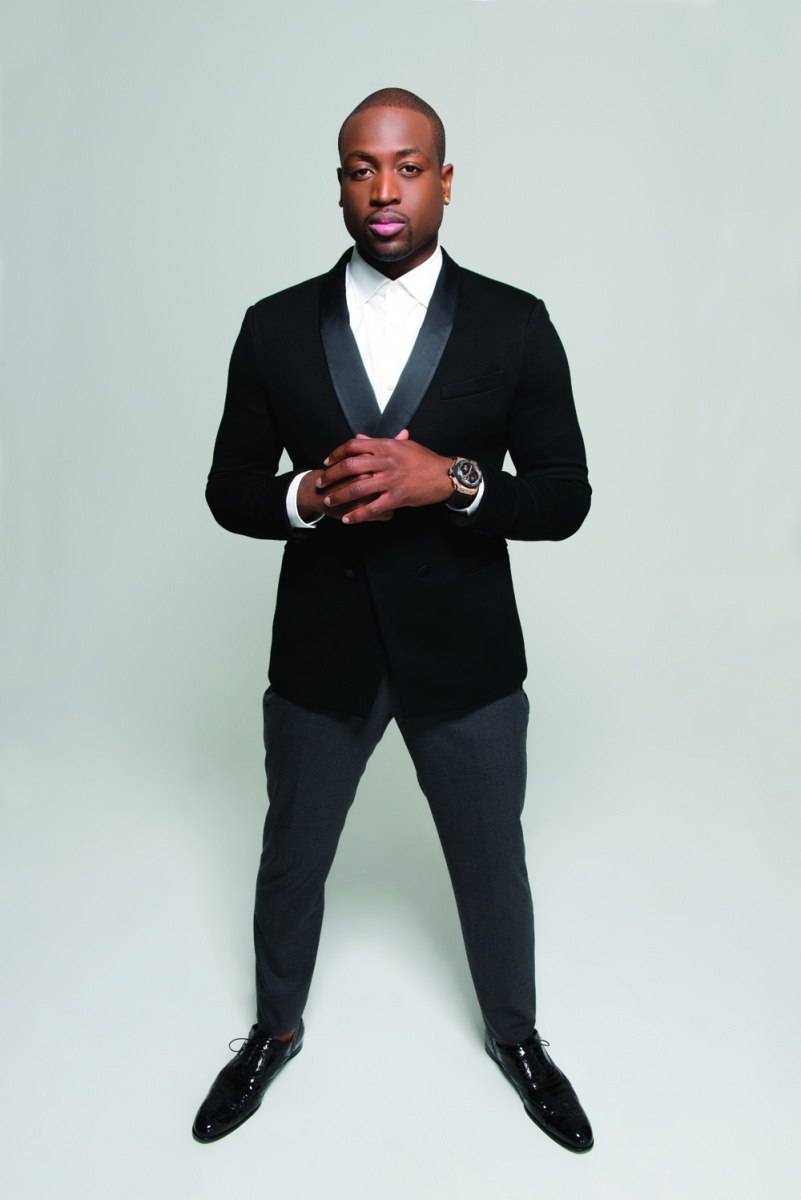 Whether it’s 50 seconds to the buzzer or staring down the seemingly insurmountable problems facing under- privileged children in his community, Wade remains focused. Guadalupe summed it up nicely. “Dwyane Wade is the perfect choice for Hublot. As a leading Swiss luxury watch brand, we are known for our precision and excellence, traits that have characterized [Wade’s] career,” Guadalupe said. “Dwyane’s achievements are an inspiration to all of us here at Hublot. From the first moment we met, I knew he would be part of the Hublot family. His commitment to excellence, which he strives for on and off the court, his passion for the sport, his care to his family and kids, parallels Hublot’s values.”

When asked about the future, Wade says it might be fun to write another book. He’s also pursuing new ventures in fashion and television. He also humbly says he’s always focused on getting better on the court, his eye no doubt on winning more championships. No matter what he does, we’re certain of one thing: it’ll be big.