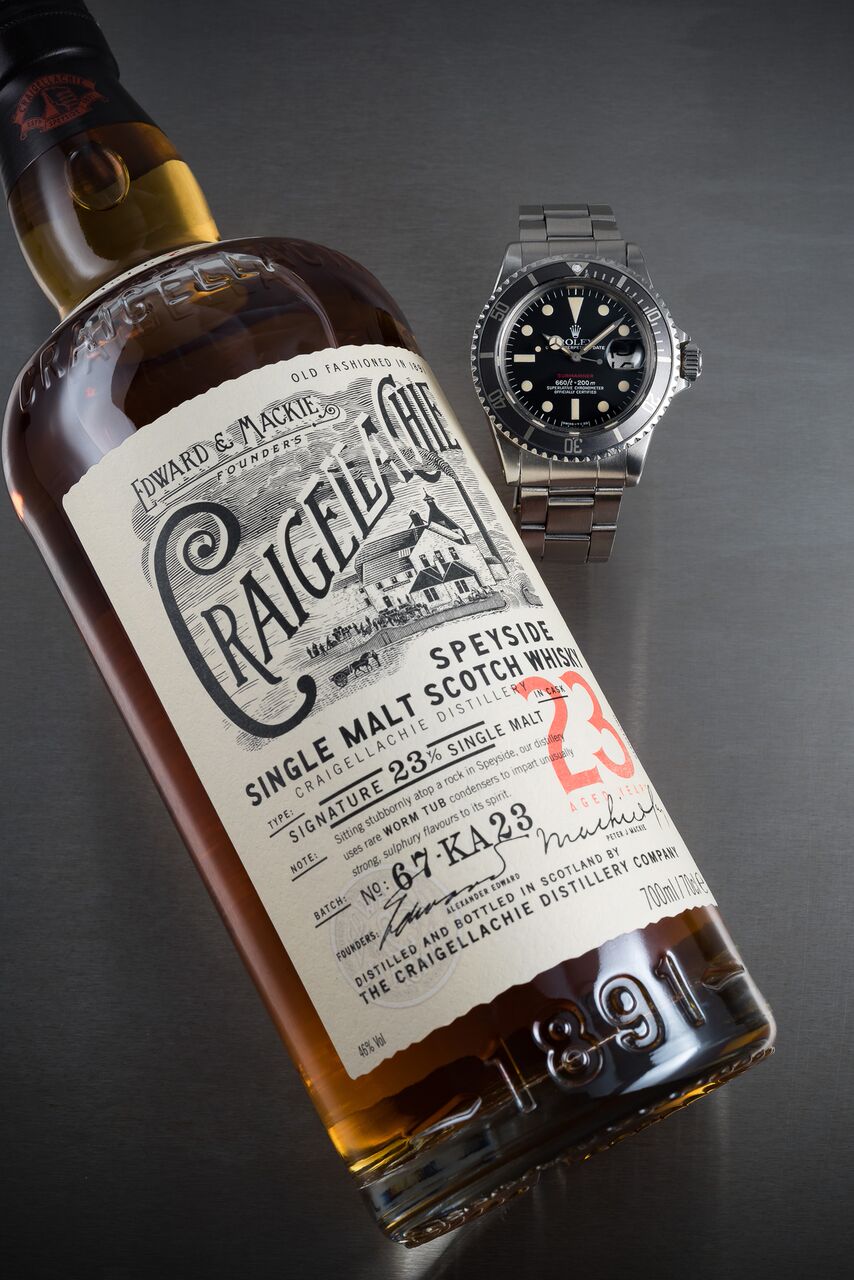 Classic Single Malt: Craigellachie has been in production since 1891 and scotches from this distillery are usually lost within Dewar & Sons blends, though they have released during their history a handful of official bottlings. However, thanks to the determination of a few like-minded individuals, Craigellachie has been available to purchase for the last few years as a single malt scotch whisky. To this day, Craigellachie uses old-fashioned ‘worm tubs’ to cool and condense the distilled spirit – I think the best way to describe how it looks would be like your intestines. Worm tubs typically means less copper contact during production which creates strong and meatier notes. And it’s these characteristics which led their 31-year-old expression to best single malt whisky of the year, at the 2017 World Whisky Awards.

On the nose: you’ll get a waft of signature Craigellachie pineapple and strangely enough some green olives. Some notes of candy sticks will start to emerge followed by vanilla, cinnamon and a subdued peppery note. There are a few notes of mint, smoke and of course that meaty note.  On the palate: those sweet pineapple notes will hit you, along with some sherry. The palate starts to get quite peppery and spicy, with hints of cinnamon and cloves. There are notes of aniseed that start to emerge and some rich oak, with layers of smoke. The finish: is long, sweet and smoky.

The verdict: This is a meaty, full-bodied dram that is well-balanced and in my opinion, is one of the best bar the award-winning 31yo but what I liked about it was that surprising smoky element to it.  Definitely not a drop that required any water – though if you do need to then only add a very small amount. If you don’t feel the urge to add any water then allow the scotch to breathe for approx. 3 – 7 minutes to open up the nose and palate.

Classic Diver: Rolex Submariner is adored by many for reasons unknown but also loved by many for very good reasons. The Rolex Red Submariner was produced from roughly 1969 to 1973. It is entirely possible that many of you reading this may well have seen a Submariner Date but this one has a minute difference, which makes these examples highly covetable: it’s the first Submariner with a date.

Today it may not seem like such a big thing, considering that a large percentage of Submariner’s you see on wrists actually feature a date. The Rolex Cyclops actually started out years back in 1953 on the Datejust (some say it was the Turn-O-Graph), however, what you need to remember is that it didn’t begin life on the Submariner Date. And with this year’s introduction of the 50th anniversary Sea-Dweller, you can understand why the Red Submariner Date is quite important.

Inside the reference 1680 Rolex Red Submariner beats the 26-jewel calibre 1575 movement. The reference 1680’s 40mm stainless steel case offers wearers 200 meters of water resistance, which is more than adequate for the majority of real-world applications.

Due to their limited production numbers, Rolex Red Submariners are considered quite rare, and generally sell for significantly more than their equivalents with white text. Additionally, their rarity has only increased over the years, as it was a standard practice for Rolex to replace damaged Red Submariner dials with white-text, service dials when watches were sent in for servicing. Making this classic diver an absolute must have!

Top 10 Vintage Watches To Have In Your Collection