Where To Do Some Serious Watch Shopping On Fifth Avenue

Few streets in the world can compete with New York’s Fifth Avenue. It is known as one of the best, and most expensive, shopping destinations in the world. It is home to many of the world’s most premier retailers and brands, along with historical landmarks such as the Empire State Building and the Flatiron building.

It is also a prime location to do some serious watch shopping, but where to go? 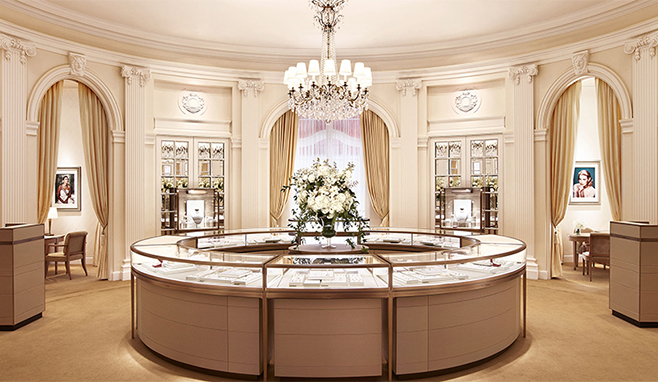 Cartier – 653 Fifth Avenue
The Cartier boutique on 653 Fifth Avenue is one of the three original boutiques of La Maison. It was the place where Grace Kelly shopped before she married Prince Rainier III of Monaco and were Richard Burton and Elizabeth Taylor displayed the 69.42-carat pear-shaped diamond that they just purchased. Originally managed by Pierre Cartier is has quite recently been completely remodeled, restoring the building to its former glory and give its clients an even better experience, as this remains the brands largest boutique. 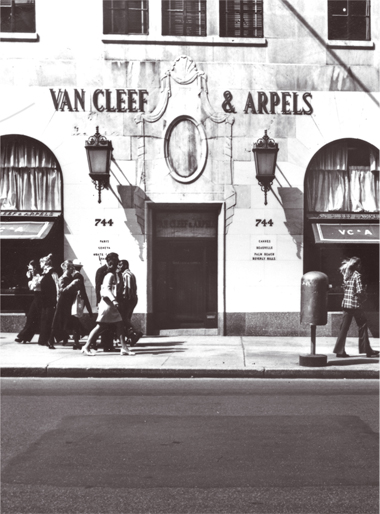 Van Cleef & Arpels – 744 Fifth Avenue
Van Cleef & Arples opened their boutique at 744 Fifth Avenue in 1942. It soon became their home away from home, as World War II forced the majority of the Arpels family to move to New York. It infused the brand with New World style, which they would later bring back to Europe after the war, with a lot of success. Today it is the place to shop for the brands legendary Alhambra collection or pick up a new Pierre Arpels watch. 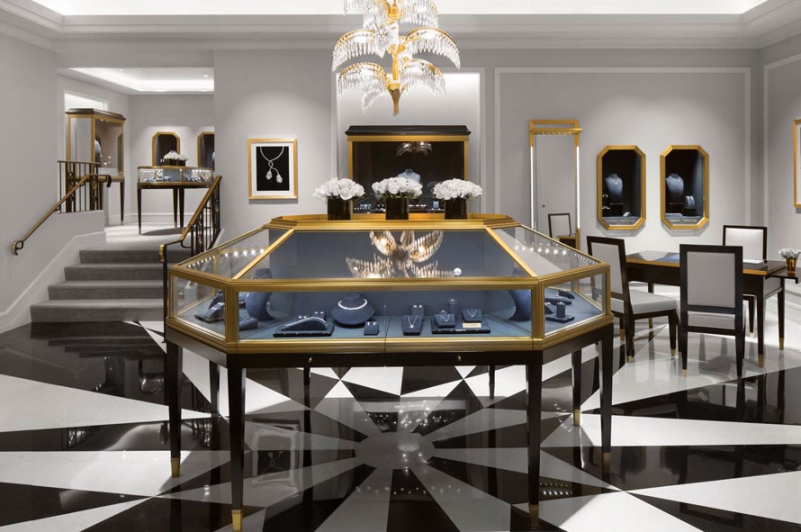 Harry Winston – 718 Fifth Avenue/701 Fifth Avenue
Another historic home on Fifth Avenue can be found at number 718, where we find the flagship store of Harry Winston. Currently, this boutique is undergoing extensive rennovations and expected to reopen in 2018. This does not mean that you have nowhere to go shopping for the brand’s iconic diamonds and timepieces, as they opened a temporary boutique at 701 Fifth Avenue. 5.467 square-foot divided over two story’s are at your disposal to explore the world of Harry Winston in style. 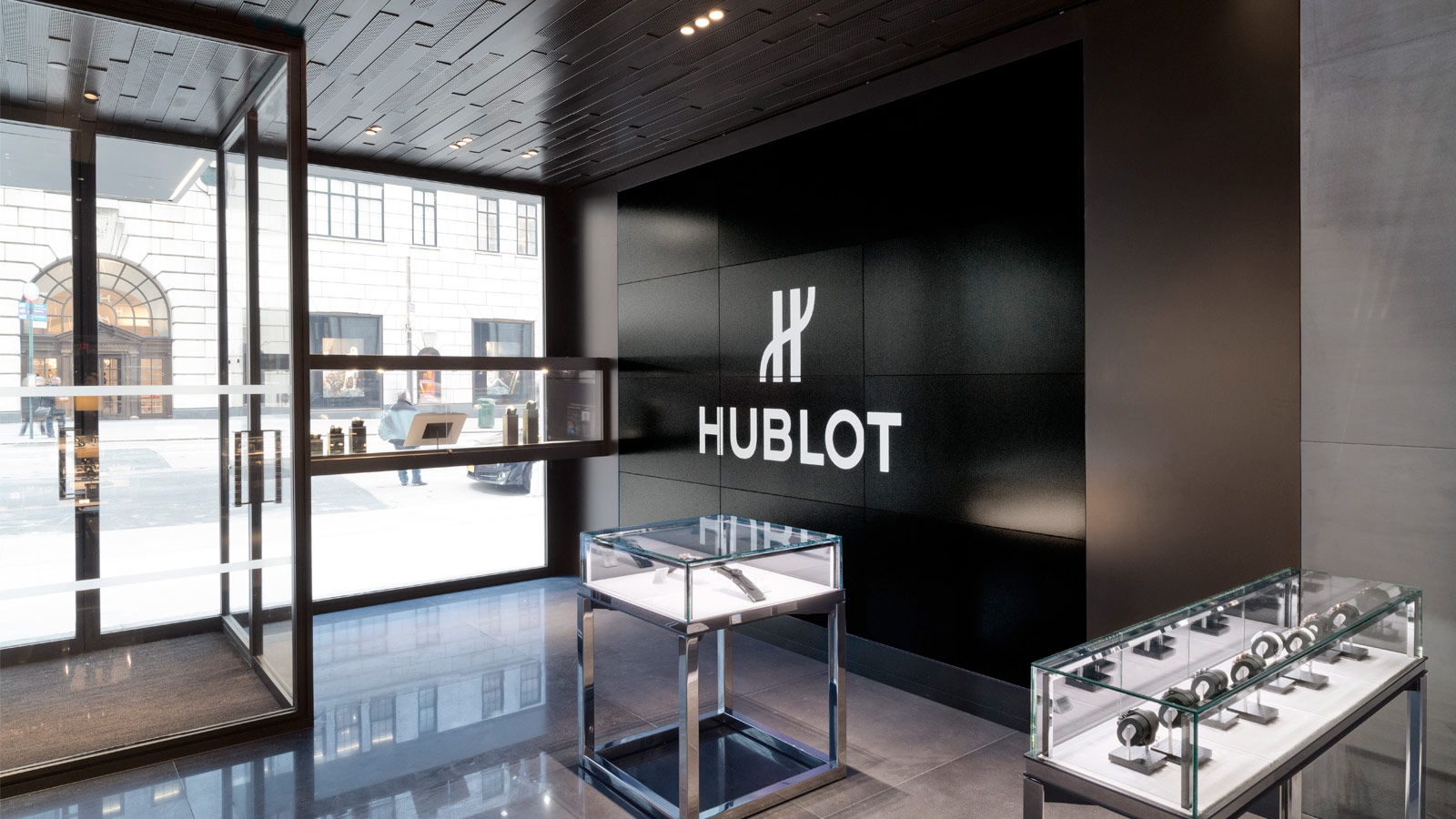 Hublot – 743 Fifth Avenue
Enjoy the Art of Fusion at 743 Fifth Avenue, where Hublot is located. Reopened in 2016, the global flagship store is designed by architect Peter Marino who infused it with the Hublot’s DNA, making it one of the prime locations to shop for a new watch of the brand. While it is the boutique’s façade of 70 feet tall black aluminum panels, lit with LEDs, that will draw your attention; it will be their innovative watches that will make you want to come inside. 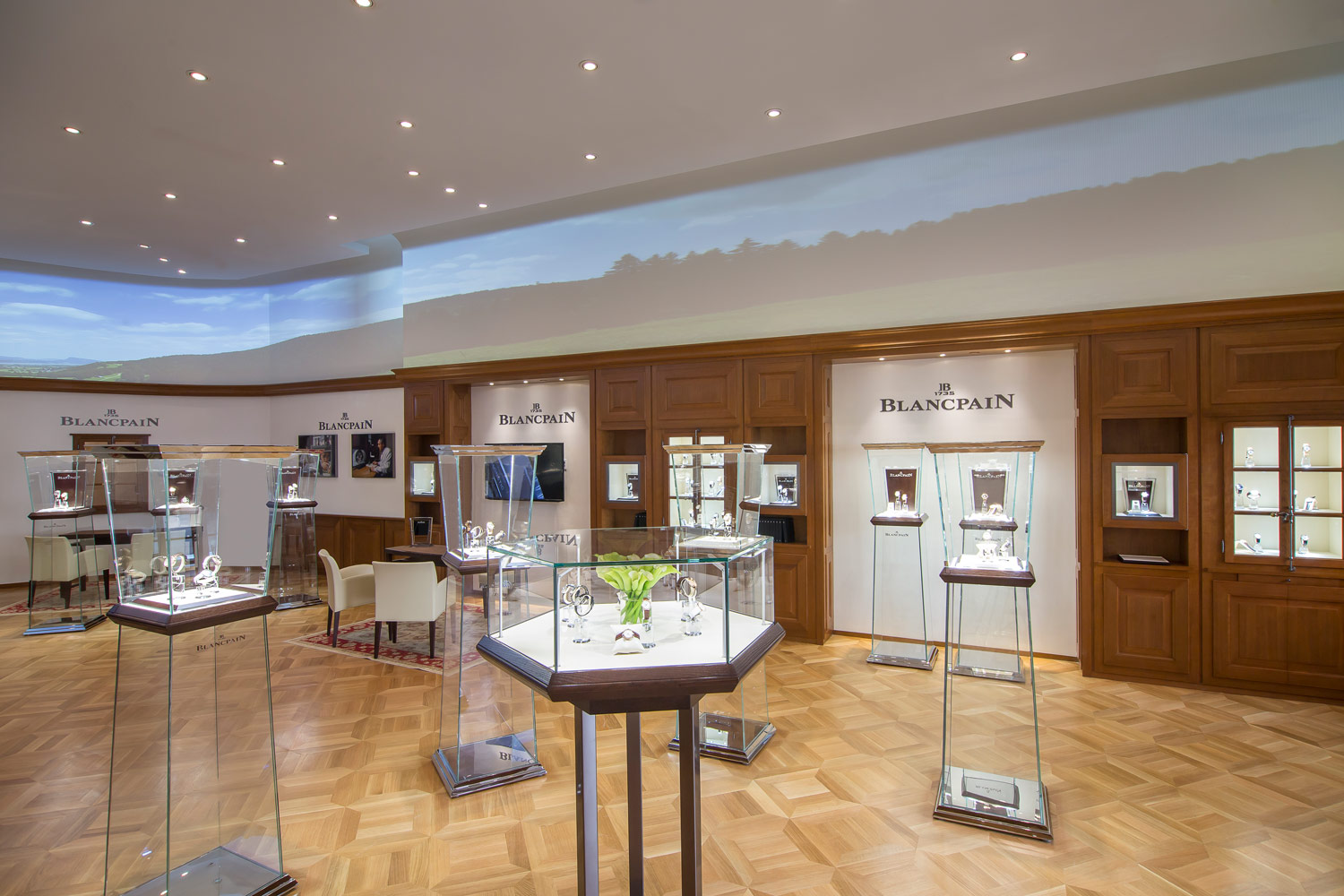 Blancpain – 645 Fifth Avenue
Blancpain’s boutique on Fifth Avenue is the largest one of its kind in the US. It offers a place to explore the brand’s history, as well as its latest offerings. The extensive use of cherry wood is inspired by their workshops in the Swiss town of Le Brassus. Innovative is the 360-degree screening system at the top of the walls, which allows for the display of photo’s and video’s, giving you a unique immersion into the brand’s universe. 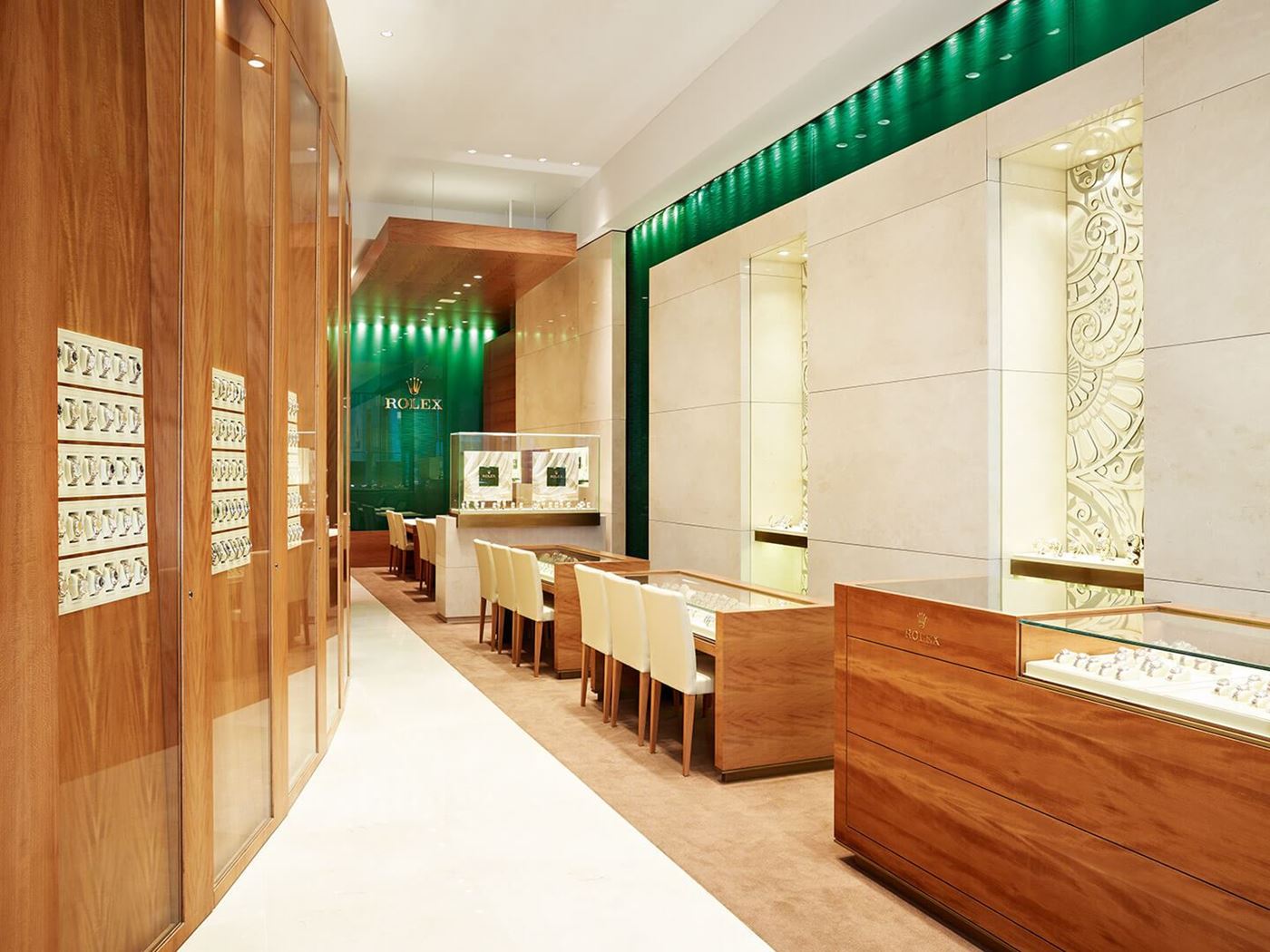 Rolex – 665 Fifth Avenue
665 Fifth Avenue offers the very best Rolex has to offer. As one of the brand’s largest boutiques, it is actually located in the Rolex Building, the brand’s US headquarters. The boutique is however operated by Wempe, one of Rolex oldest and largest dealers, as the brand itself doesn’t manage any of its boutiques. The collection on display is incredible, offering a wide range of different metals and dials throughout all the brands collections as well as some rare gem-set models, making a visit a must when shopping on Fifth Avenue. 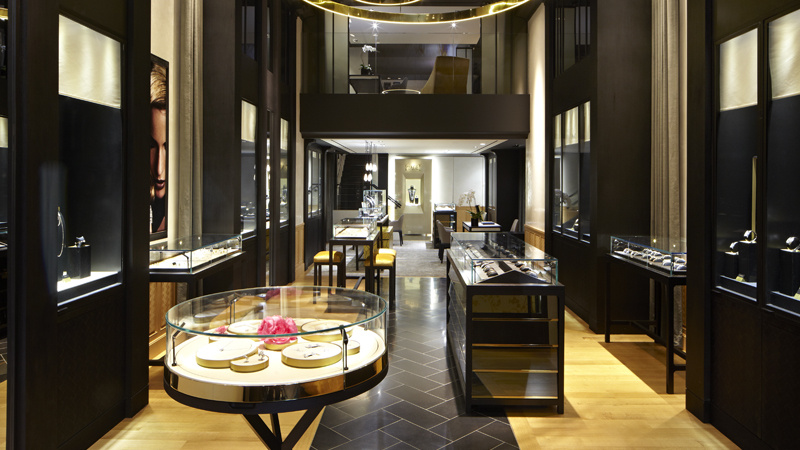 Piaget – 730 Fifth Avenue
You can find Ultra-slim elegance at 730 Fifth Avenue were Piaget has its flagship boutique. In its chique environment, you can get (re)acquainted, among others, with the brands iconic Polo and Altiplano collections. The comfortable atmosphere takes you away from the busy of the streets of New York and actually transports you into the luxury world of Piaget. Next to their watches, you can also find the brand’s jewelry collections are on display here. 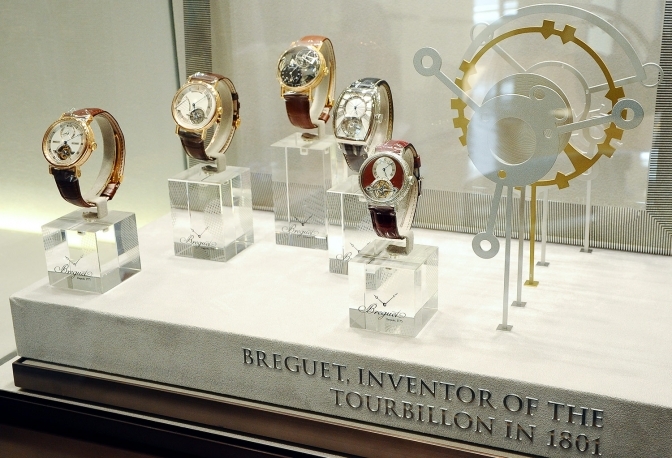 Breguet – 711 Fifth Avenue
711 Fifth Avenue is Breguet’s home in New York City. The brand’s boutique has, of course, some of its most stunning tourbillon watches on display, while giving you also an insight into the brand’s impressive history. Ladies will enjoy, among others, the Reine Naples collection, and people who prefer a slightly sportier watch will be enticed by the Marine and Type XX/XXI/XXII collections.