We can refer to the Rolex Sea-Dweller as the big brother of the famed Submariner. Designed by Rolex exactly 50 years ago in 1967, its aim was to go even deeper and accompany deep-sea divers at a time when this field was going through rapid innovations, allowing divers to go deeper. 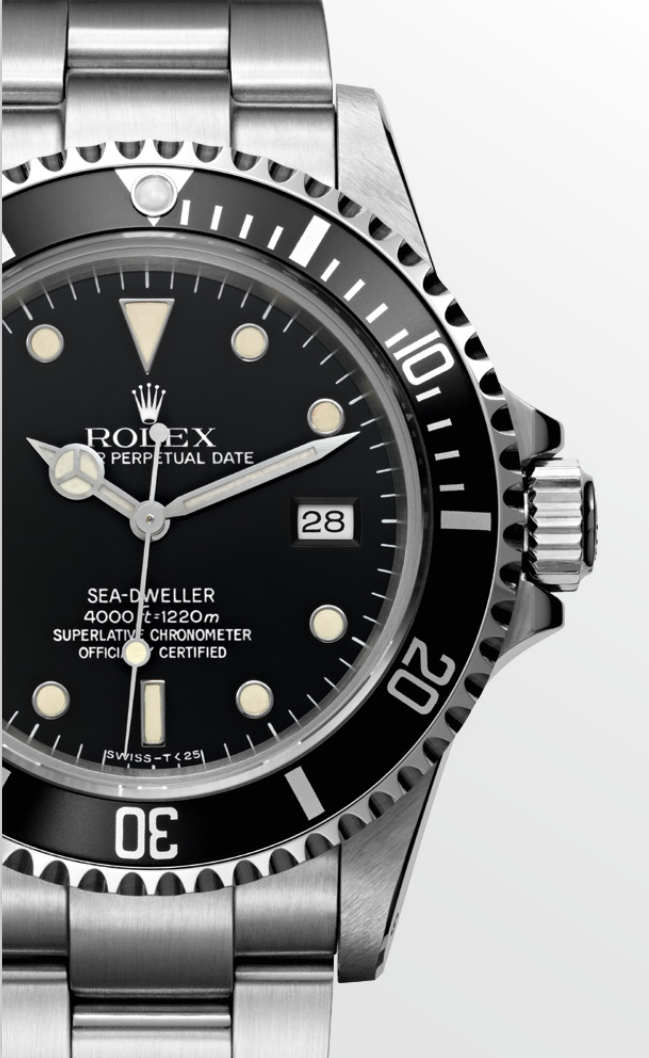 Initially, the Sea-Dweller was water-resistant down to 610 meters/2,000 feet, yet 11 years later Rolex was already able to double this to 1,220 meters/4,000 feet. Yet it was not only the water-resistance of the Sea-Dweller that made it such a special watch. It was also the helium escape valve that allowed the inside of the watch to “decompress” after a dive to great depths. This required breathing mixes that contained large percentages of helium, as oxygen becomes toxic at those depths. However, divers need to get this out of their system in what they call the decompression phase. Since helium molecules are incredibly small, they penetrate the watch through its gaskets. Helium escapes faster from the human body than the case of the watch during decompression, so the pressure inside the watch case will build up and can even pop off the crystal. To prevent this, a valve allows the helium to escape the watch, decompressing the inside of the watch, and ensuring that the pressure is equal to its surroundings. This made it the perfect watch for divers who used these techniques to go where no man has gone before under water.

The Sea-Dweller therefor also became the choice of the Compagnie Maritime d’Expertises, which is better known under its abbreviation, COMEX. It becomes clear how important they valued their timepiece in such a hostile environment under water from these words by Comex’s late founder and president, Henri Germain Delauze, a pioneer of deep diving: “In diving, time is a crucial piece of information. Be it operations, changing gas mixes, timing decompression stops, entering and exiting the diving bell, it’s all a matter of seconds. Having a precise, robust, reliable watch was of vital importance.”

Just as the Sea-Dweller pushed limits and records, so did the COMEX divers. In 1966 they dove to a depth of 160 meters, and just two years later they reached 300 meters. 1977 they were able to dive below 500 meters, and in 1988 they set the world depth record for open-sea diving at 534 meters.

While going deep was one part of the equation, another goal was to stay at these depths for extended periods of time. So, saturation diving techniques were utilized to create “underwater dwellings” deep in the ocean. This also explains how the Sea-Dweller got its name, and also why it features a date-function. Inhabited by oceanographers and deep-sea divers, they often stayed for weeks under water, making a date-function a necessary tool. This was especially the case with the Tektite mission. In February and April of 1969, four American divers spent 58 consecutive days working and living 15 meters under the sea, setting a world record by doing so.

It was however not only science that drove drivers deeper into the ocean. Around the birth of the Rolex Sea-Dweller commercial deep-sea diving was at a rise, along with the demands of the offshore oil drilling industry. It was the experience of these deep-sea professionals that made Rolex develop a reinforced Oyster-case as well as the helium escape valve.

With a history like this, it is not so surprising that one of the most talked-about watches at Baselworld was the new Rolex Sea-Dweller. Many of these conversations focused on the red text and a cyclops, but there is more to the new Sea-Dweller, as it remains a watch made for deep-sea professionals. 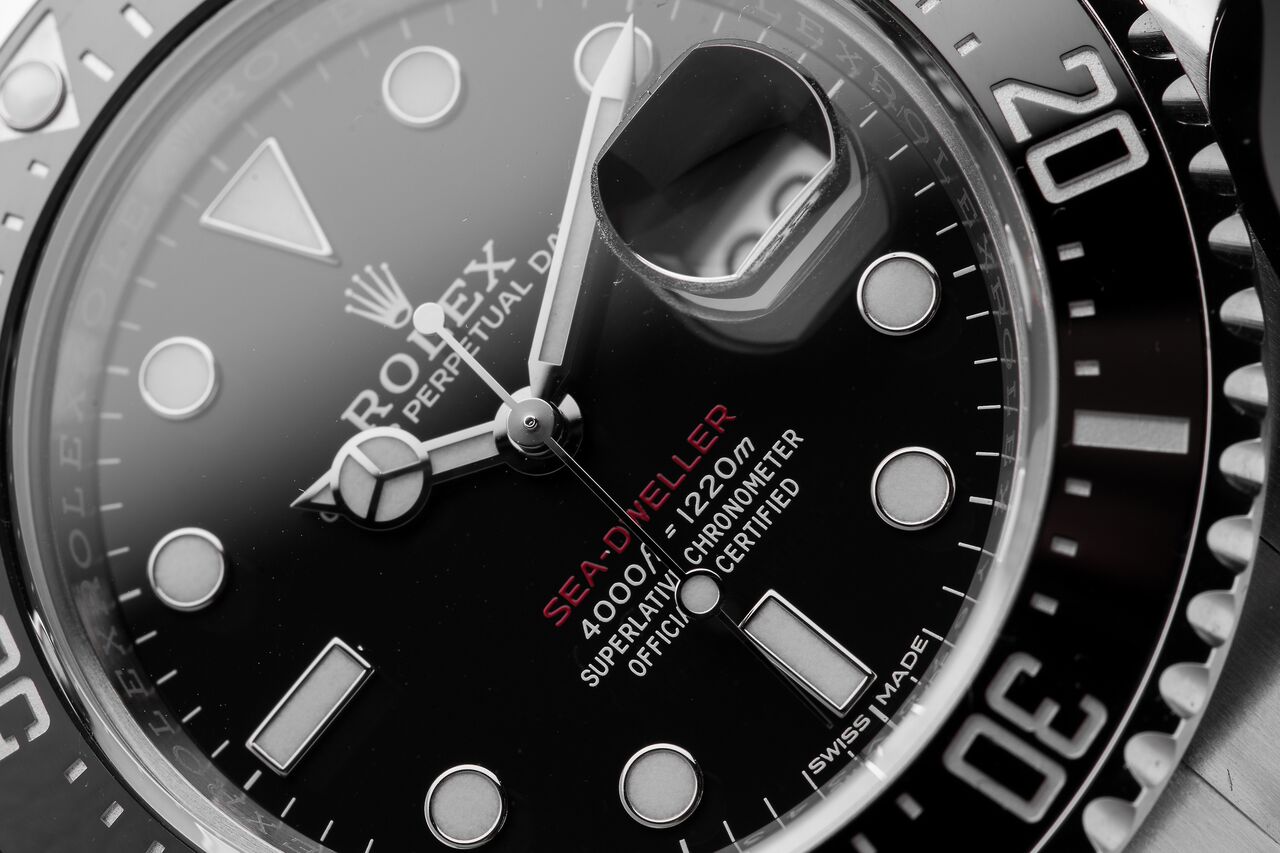 Crafted from 904L steel, which is more resistant to corrosion than the more commonly used 316L steel, the case has been enlarged to 43mm. Reason behind this is not so much to cater to current trends, but more so because a larger case means more room for dial and bezel, means that you can increase visibility. That is also the main reason why Rolex fitted the Sea-Dweller for the first time with a cyclops. Reading the date is now much easier, and that is all that matters when it comes to a tool watch. The red name on the dial is a tribute to the very first Sea-Dweller from 1967, and a nice touch on the highly legible dial. 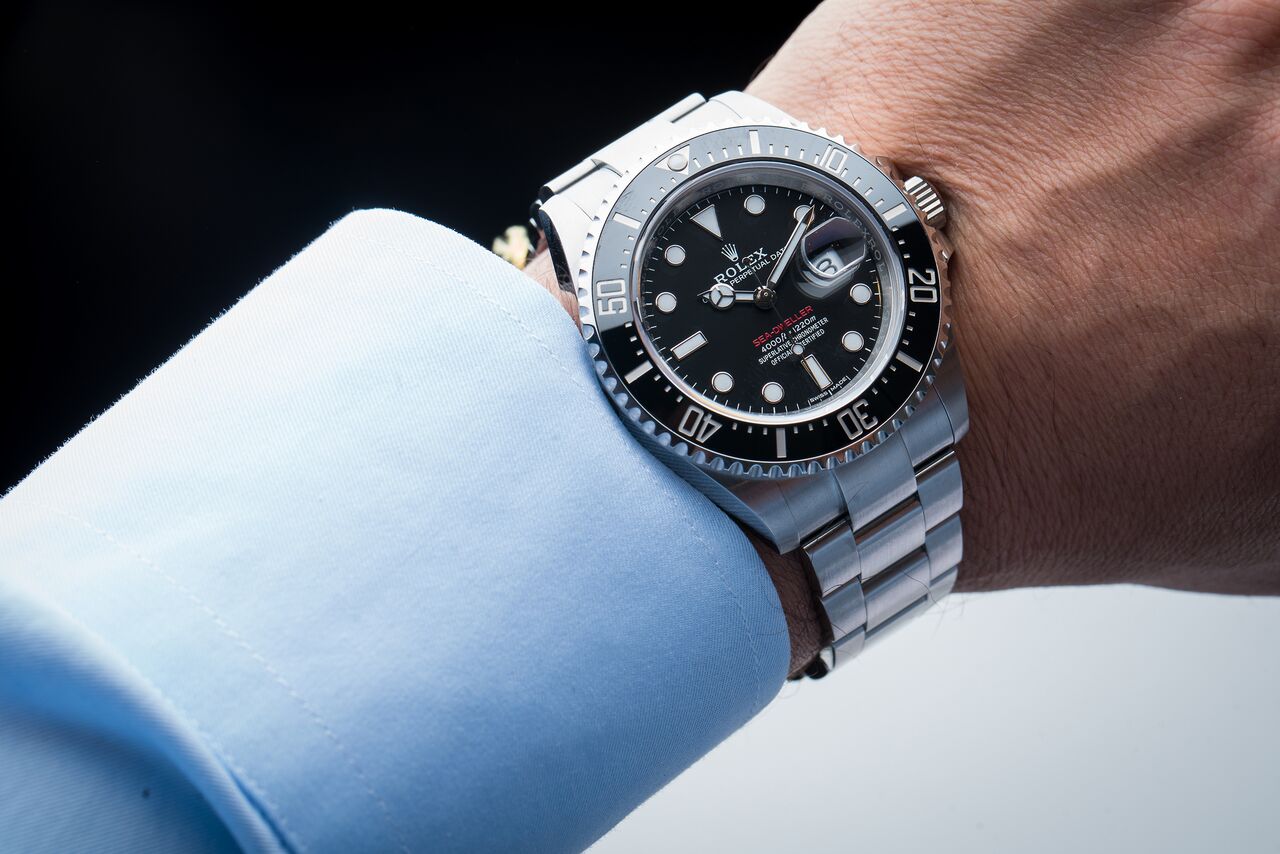 In addition, the time remains legible in the dark, thanks to Rolex’s proprietary “Chromalight,” which gives off a strong, bluish hue in low-light conditions. The new Sea-Dweller is powered by caliber 3235, which is fitted with the paramagnetic Parachrom hairspring and Chronergy escapement, of course, certified as a Superlative Chronometer, which means COSC, plus Rolex’s own certification after the movement is encased in the watch. The unidirectional diving bezel has a ceramic Cerachrom insert, while the bracelet is fitted with both the Oysterlock safety clasp as well as the Rolex Glidelock, which allows the owner to change the size of the bracelet themselves without the use of tools. A Fliplock extension is incorporated as well, allowing divers to easily wear the Sea-Dweller over their diving suit.

Of course, the new Sea-Dweller also fitted with a signature feature of this watch: the helium escape valve. This was one of the features that set the Sea-Dweller apart from all other diving watches when it was introduced it half a century ago, and it is still a hallmark that testifies that this Rolex is built with professionals in mind.