Vintage chronographs are often among the most desirable watches. There is, however, a catch, most of them, especially the ones before the 1970’s are usually rather small, often dipping below 34mm. That is one of the things what makes this Rolex ref.3330 chronograph so special, as it has a diameter of 37mm. 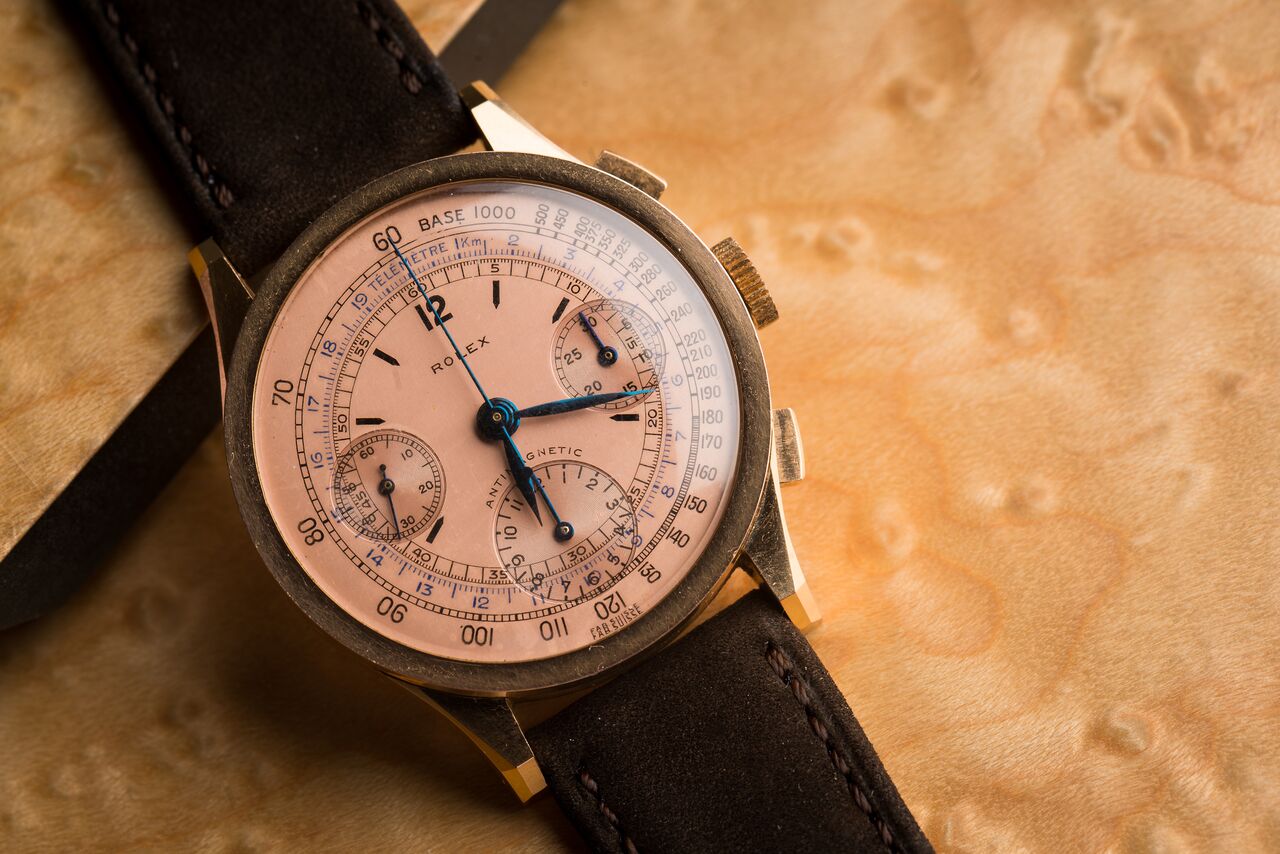 But size is only one side of the equation, as this Rolex has for more to offer! First of all, it features a stunning rose gold case which it combines with a salmon colored dial. The result is a ton-sur-ton combination which is amplified by the black and blue numerals, which gives the watch a surprising depth. Also, the leaf hands play their part, giving the watch an even stronger dose of vintage appeal. 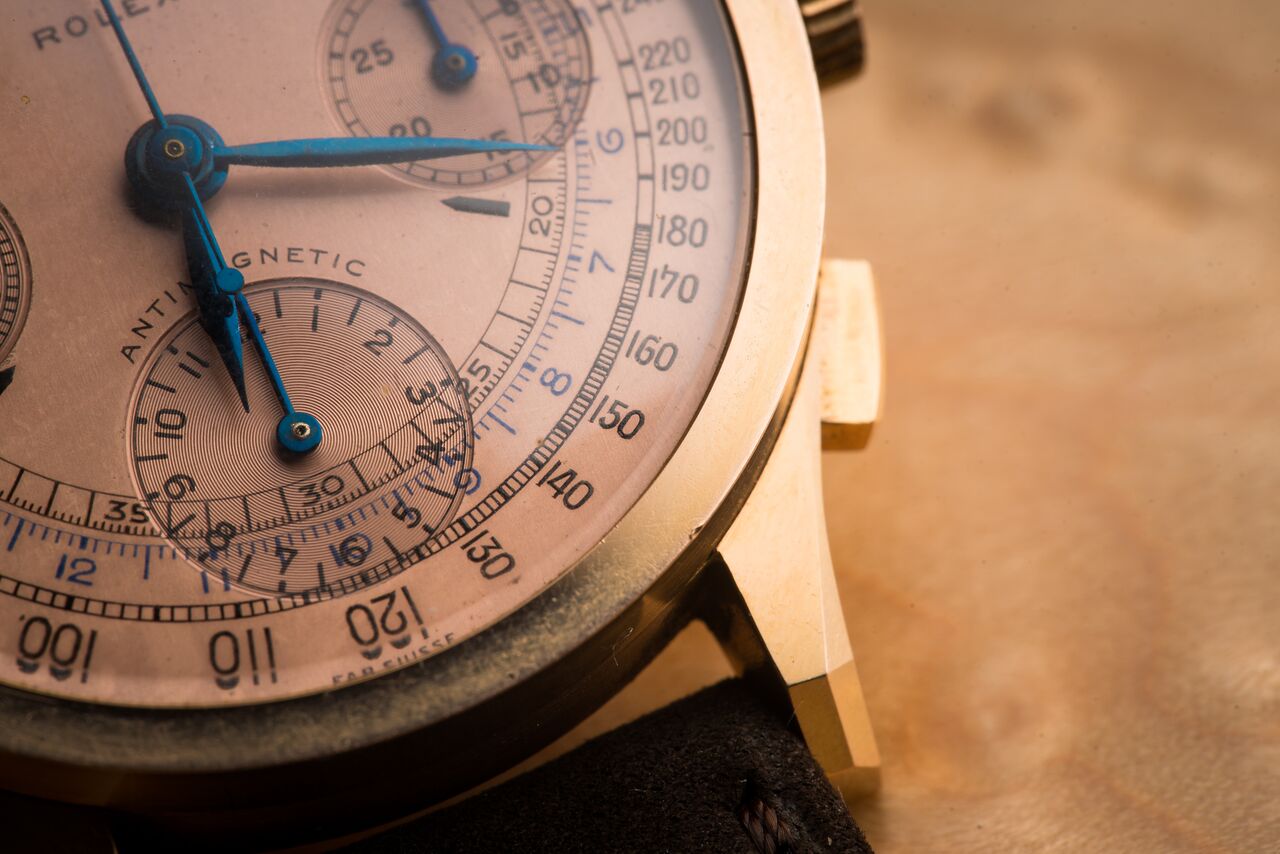 The size is not the only “modern” aspect of this Rolex. While it was most common that the gold cases from this era are polished to perfection, this one is brushed, which was done at Rolex, and all original. What makes a rare watch even more rare is that it is all in a stunning condition, making you wonder if this watch has ever seen some wrist time at all. Especially the angled planes on the lugs look perfect, and add to the already magnetic charisma of the watch. 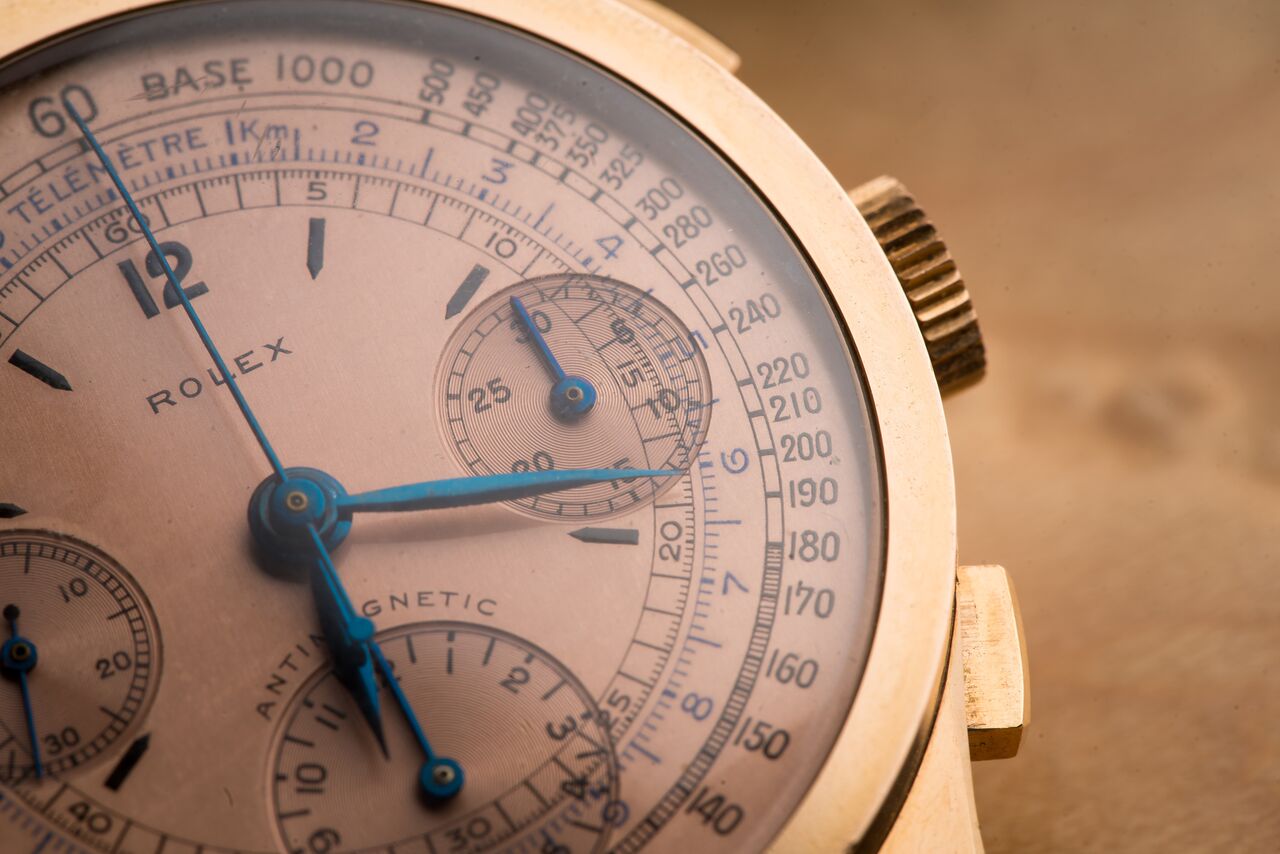 The dial is perfectly proportioned, and the tri-compax layout has smaller sub dials. This makes the watch looks even larger than it is. Being from 1941, it is a “pre-Oyster” chronograph, fitted with Valjoux caliber. These manual wind chronograph calibers where during those days often the movement of choice for high-end watches like this Rolex. 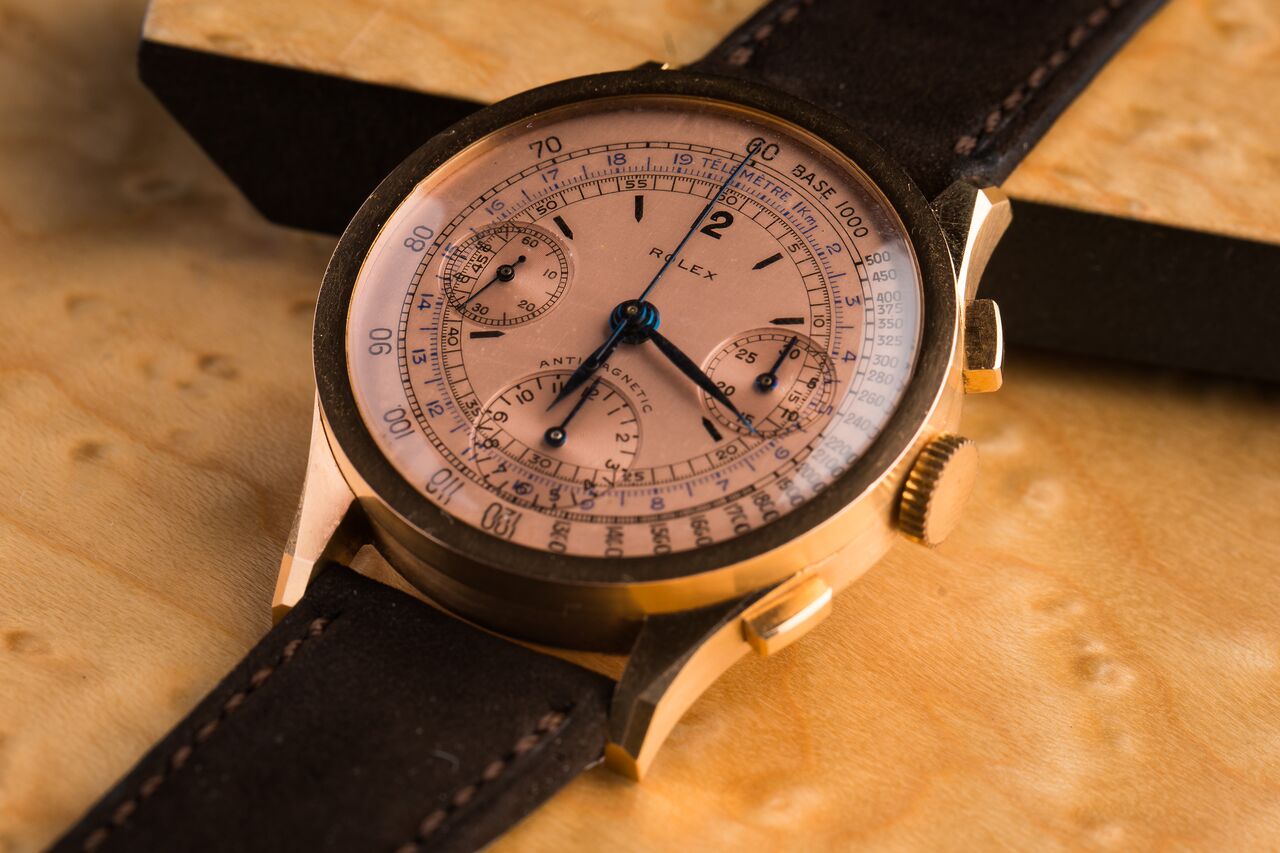 Phillips sold this watch in November 2016 for CHF598.000,-, just CHF 2.000,- under their highest estimate. Not a surprising outcome, as the ref.3330 is already a very rare and tempting chronograph, even more so in this “new old stock” condition.