Animals have always been a great inspiration for watchmakers. Surprisingly, a lot of designs based on an animal become iconic watches. This is most certainly the case of the Serpenti, once the favorite watch of Elizabeth Taylor. 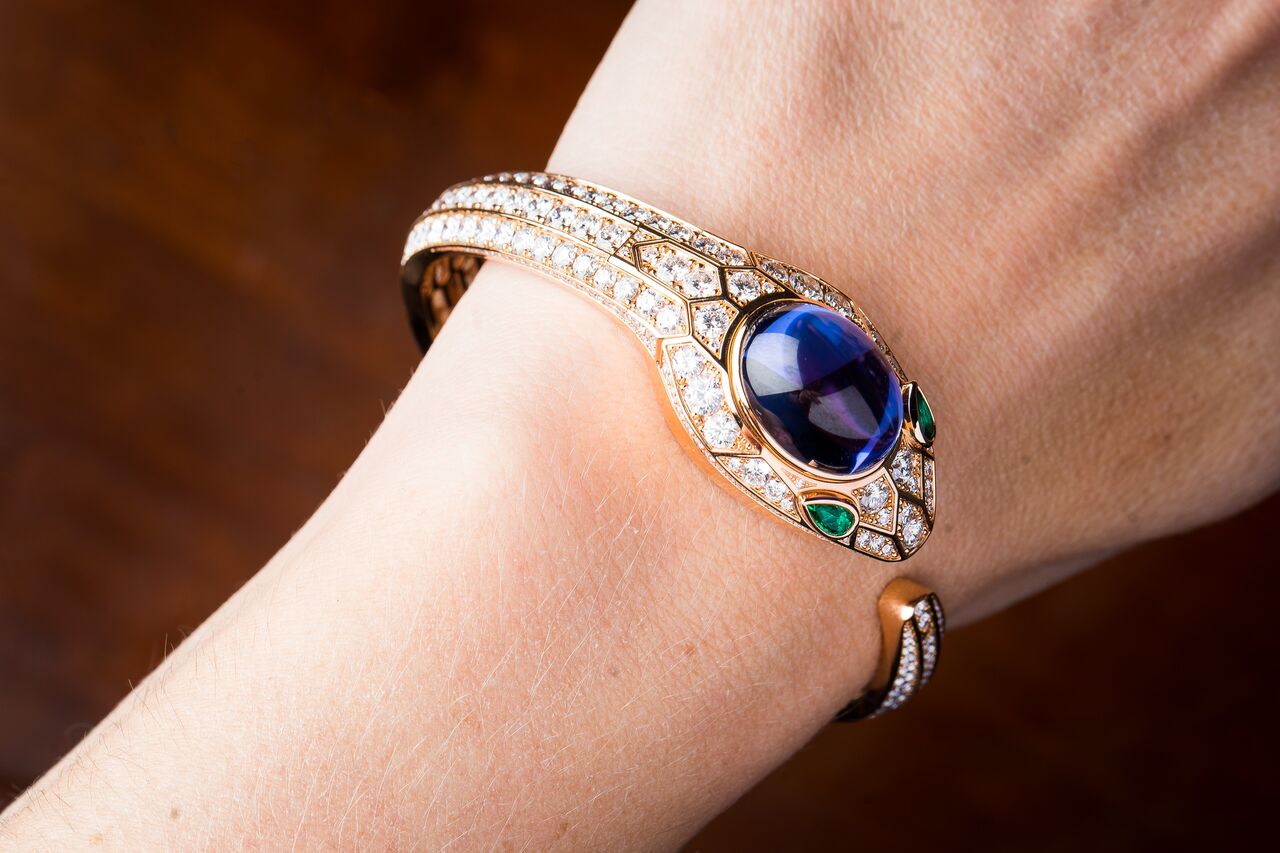 The appeal of the Bulgari Serpenti is that it wraps around the wrist like a true, live snake. It combines jewelry and timepiece in a fluent motion, but most of them are quite substantial, as the snake wraps around the arm several times. With the new Bulgari Serpenti Secret, it turns more into a bracelet while remaining one of the most glamorous watches for ladies in the current market. 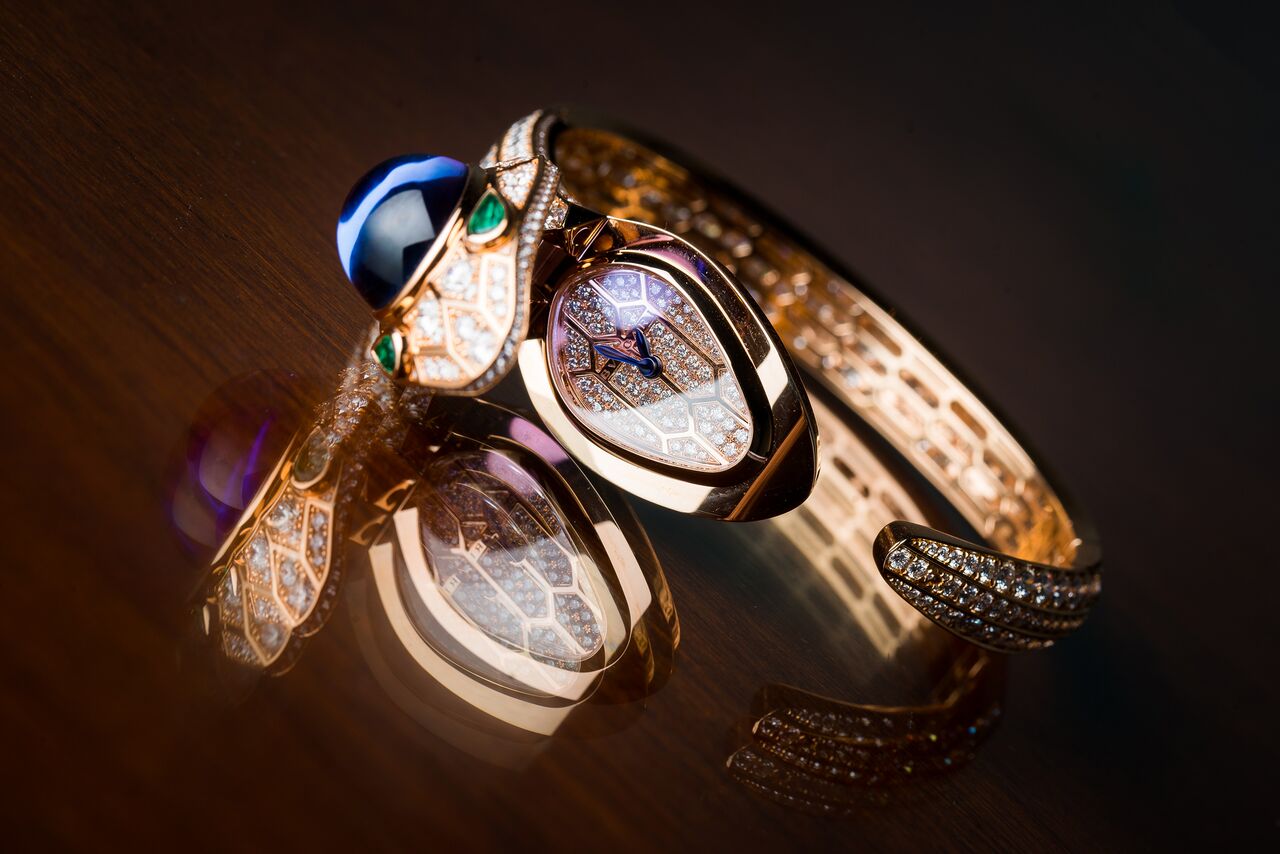 Crafted from 18K gold and set with colorless diamonds on its body, the Bulgari Serpenti Secret would for sure have been able to tempt Cleopatra herself. While its body displays a stunning setting, it is the head of the snake that will draw all the attention to itself. 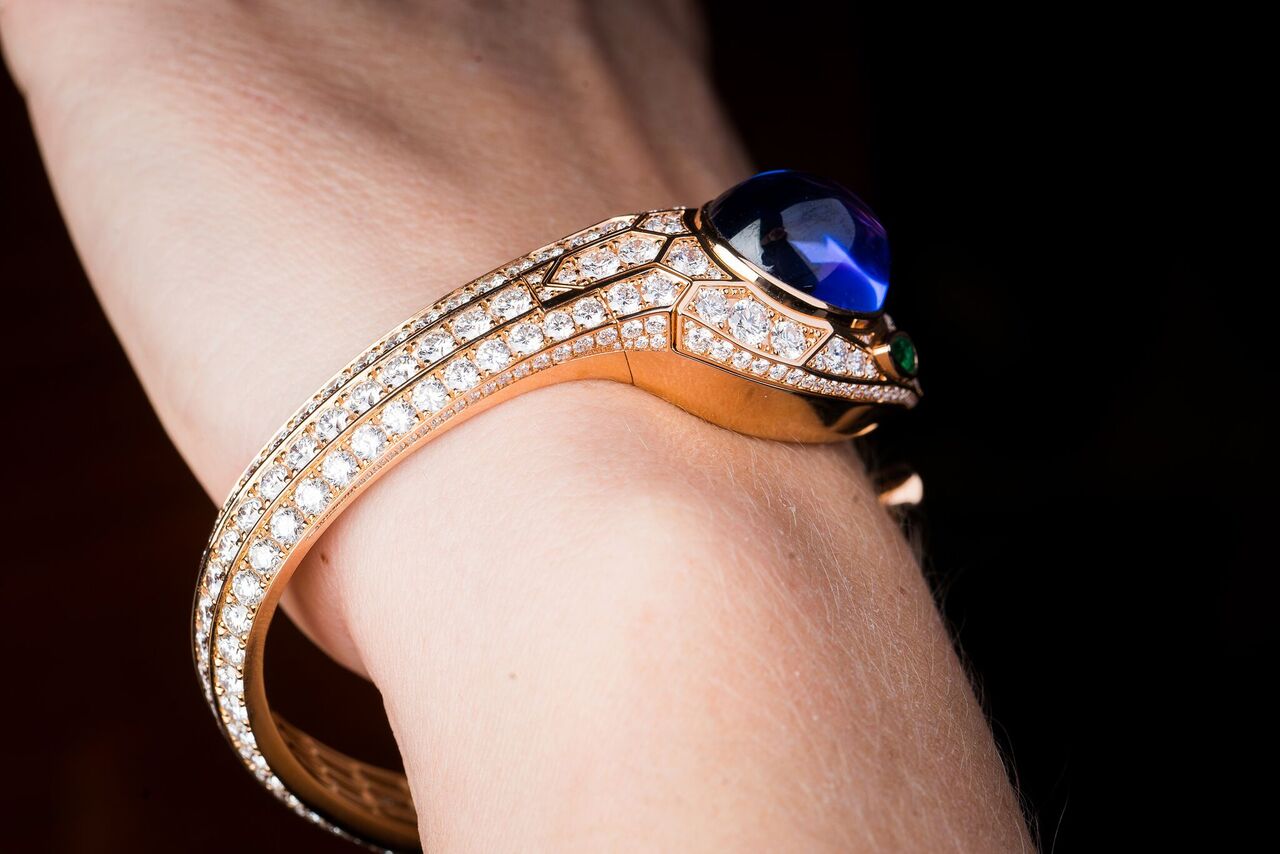 Crowned with a big sapphire cabochon, the serpent looks royal indeed, but it is the emerald eyes that give it its mesmerizing look. Although we would definitely refer to this watch as being a High Jewelry piece, being a bracelet makes it far more wearable. 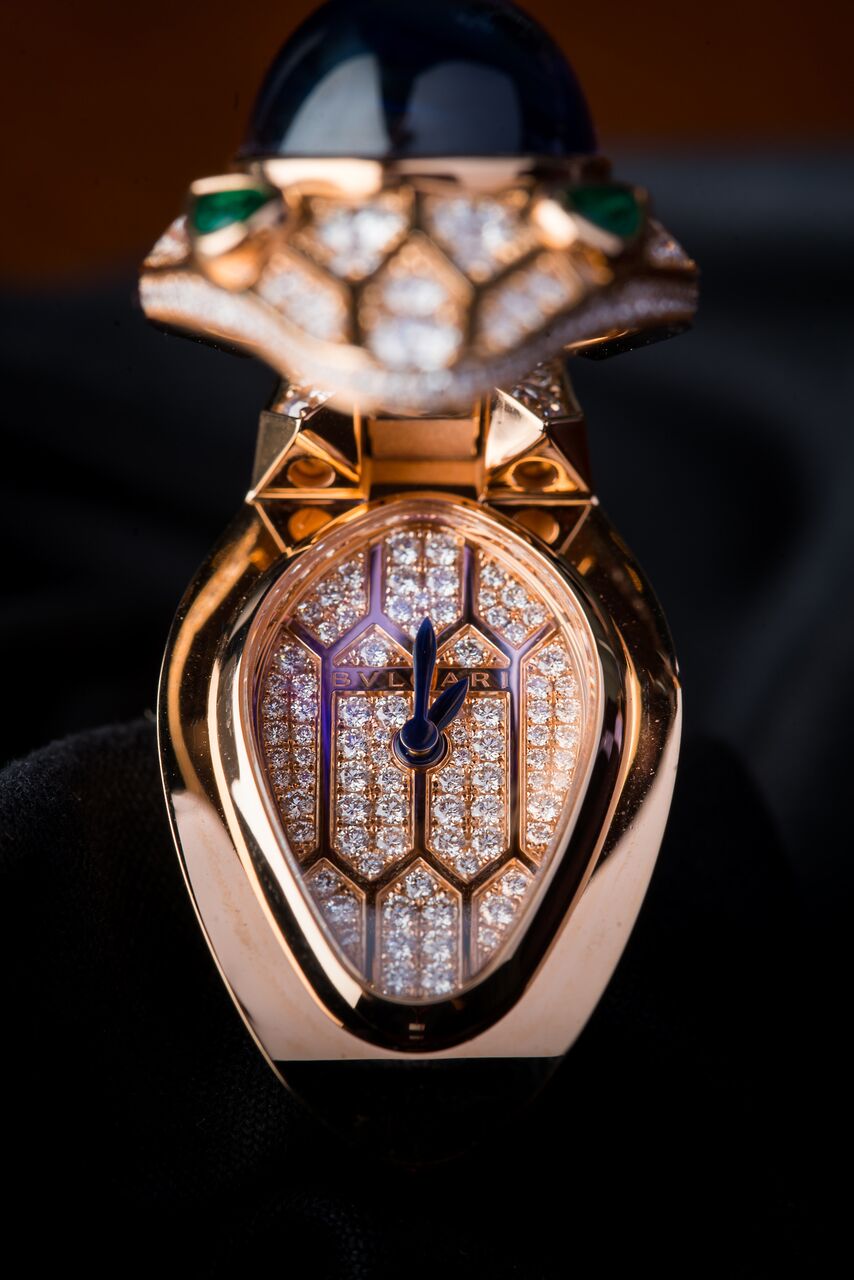 Being a secret watch, the dial is not instantly visible. For that, you need to open the mouth of the serpent. That will reveal a gold honey comb texture, filled in with diamonds. A beautiful way to read the time, and one that will soon turn into a secret desire, making you do it sometimes, just for the sake of looking at something nobody else can see.

Dials That Break With The Color Stereotype