The Nautilus Travel Time Chronograph stole the headlines at the Patek Philippe stand at this year’s Baselworld. Many thought it was the best timepiece of the watch fair overall, and we saw why in our review back in May. But Patek Philippe introduced another novelty that retained our attention, the new 5204P. Here is our review: 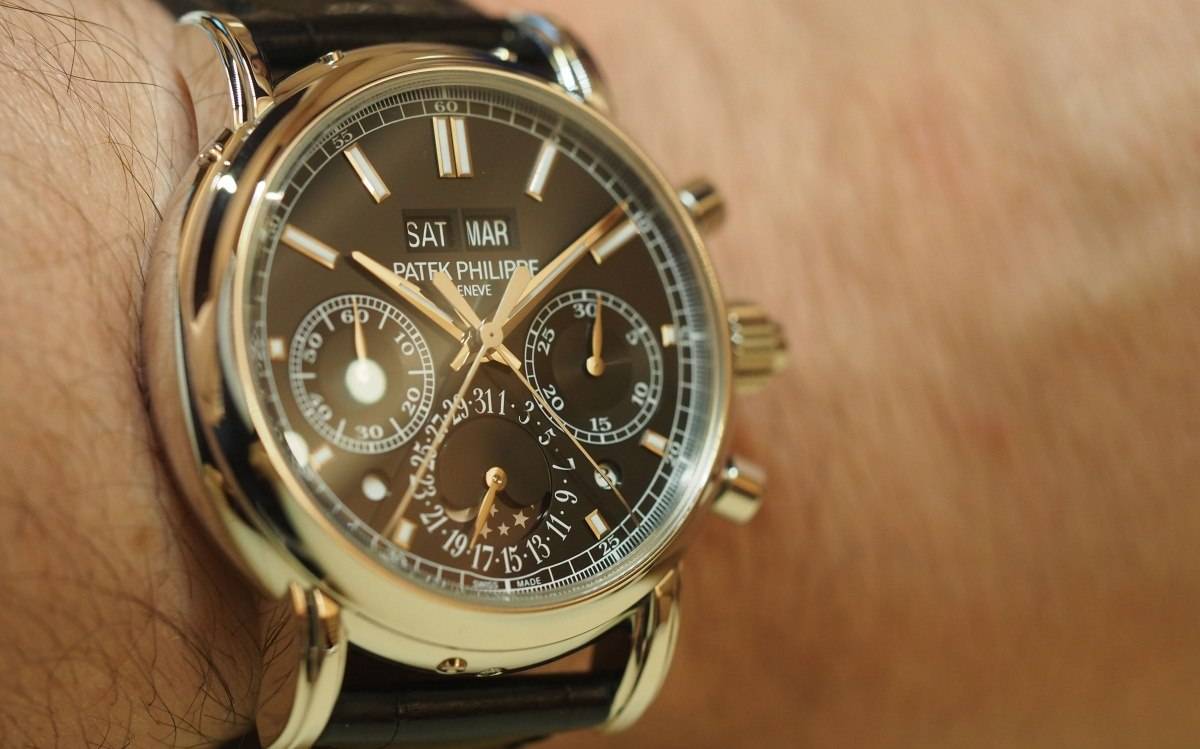 The new 5204P is an update of the 5204P-001, a very successful grand complication introduced by Patek Philippe back in 2012. At the time, it won over collectors with its white dial, and innovative movement (pictured below). It was the first Patek Philippe split-seconds chronograph with a perpetual calendar, featuring an entirely in-house manually wound caliber, named the CHR 29-535 PS Q. 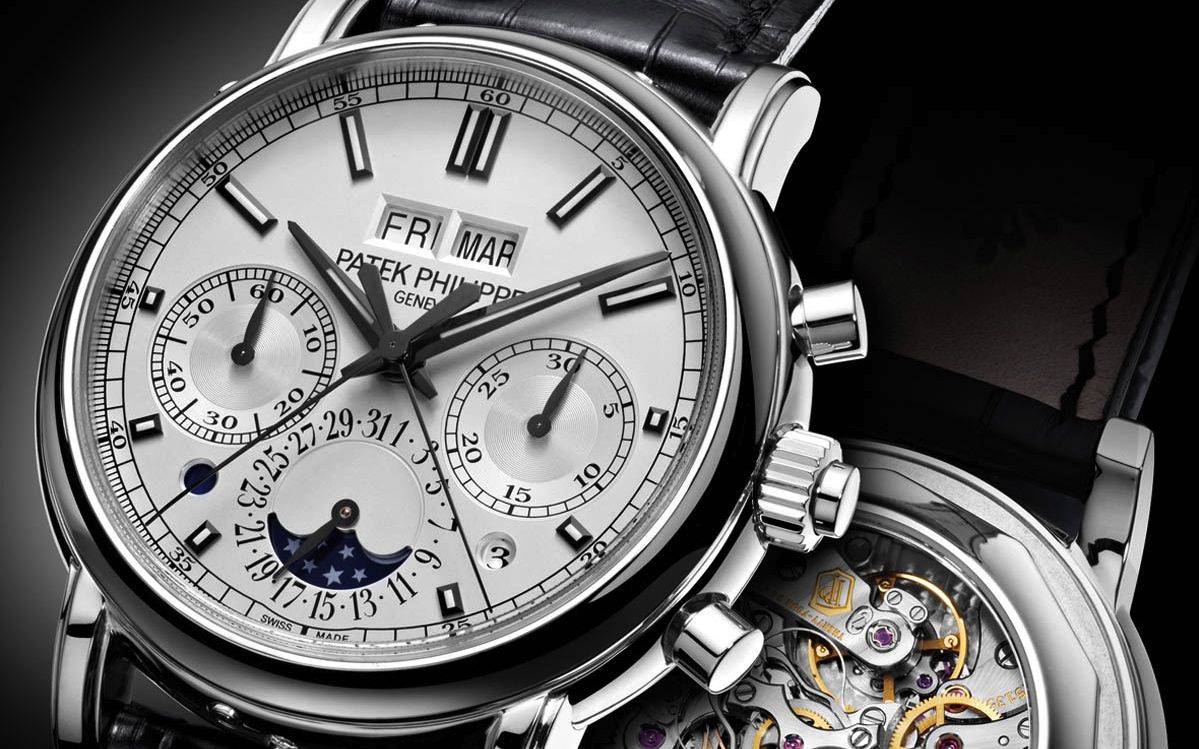 Two years later, Patek Philippe has decided to revisit its groundbreaking timepiece by introducing a model with an ebony-black opaline dial. While it features the same platinum case and movement, the 5204P-011 feels like a very different watch. The new color is much sportier, and it gives the timepiece, still one of the most elegant perpetual chronographs on the market, much more versatility. 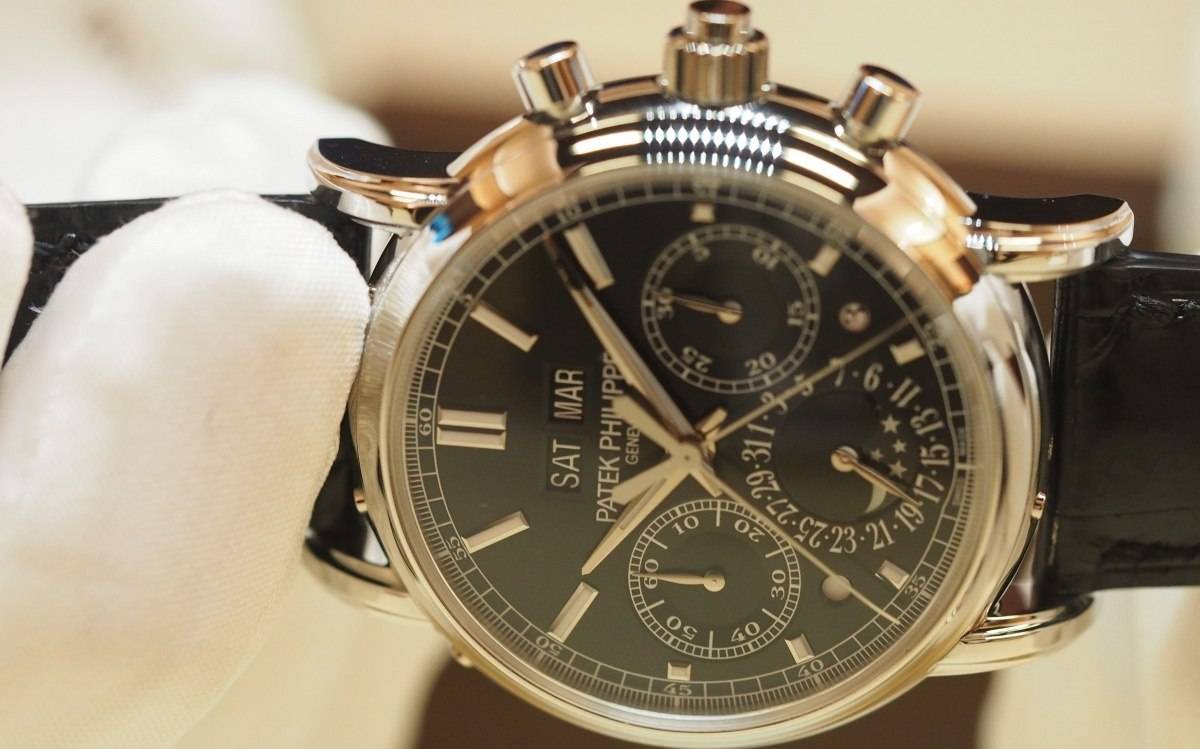 There’s a lot of information on display, starting with an instantaneous 30-minute chronograph register at 3 o’clock. Day and month functions are displayed in two separate windows at 12 o’clock, while the date is indicated in a double purpose subdial at 6 o’clock, which integrates a highly accurate moon phase indicator. In addition to the date, day, and month, the watch also features a leap-year display at 5 o’clock, and day/night indication at 7 o’clock. The new color makes them a little harder to read than on the 5204P-001, but those who agree will love Patek Philippe’s alternative, the 5204P-010, which features a white opaline dial. 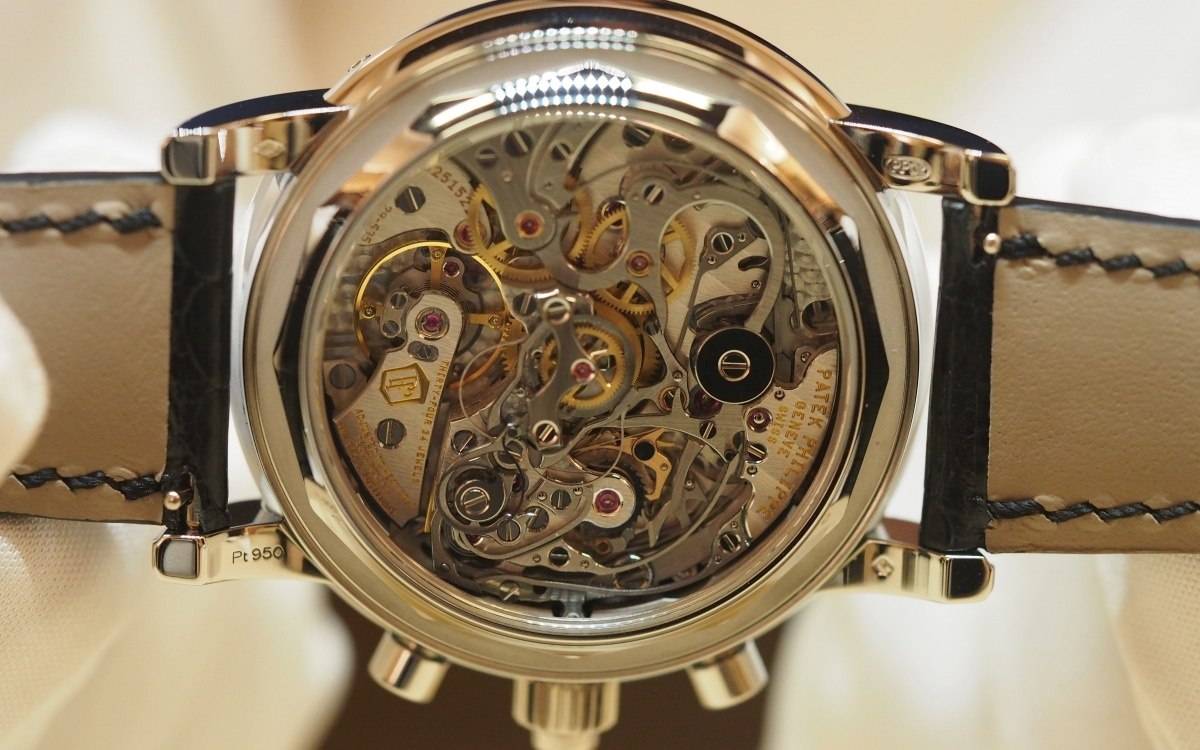 Just like it’s predecessor, the new 5204P is classically sized at 40 mm, which is in keeping with current popularity of larger watches. It’s similar under the hood as well, as it houses the Caliber CHR 29-535 PS Q, a beautifully complex manually wound movement that can be admired through the sapphire-crystal case back (see above). It’s made of 496 parts, and boasts a 65-hour power reserve. The new timepiece also sparks an interesting debate regarding the Geneva seal, as Patek Philippe chose to introduce it’s own seal instead. But that’s a conversation for another day. For more information, please visit Patek Philippe.