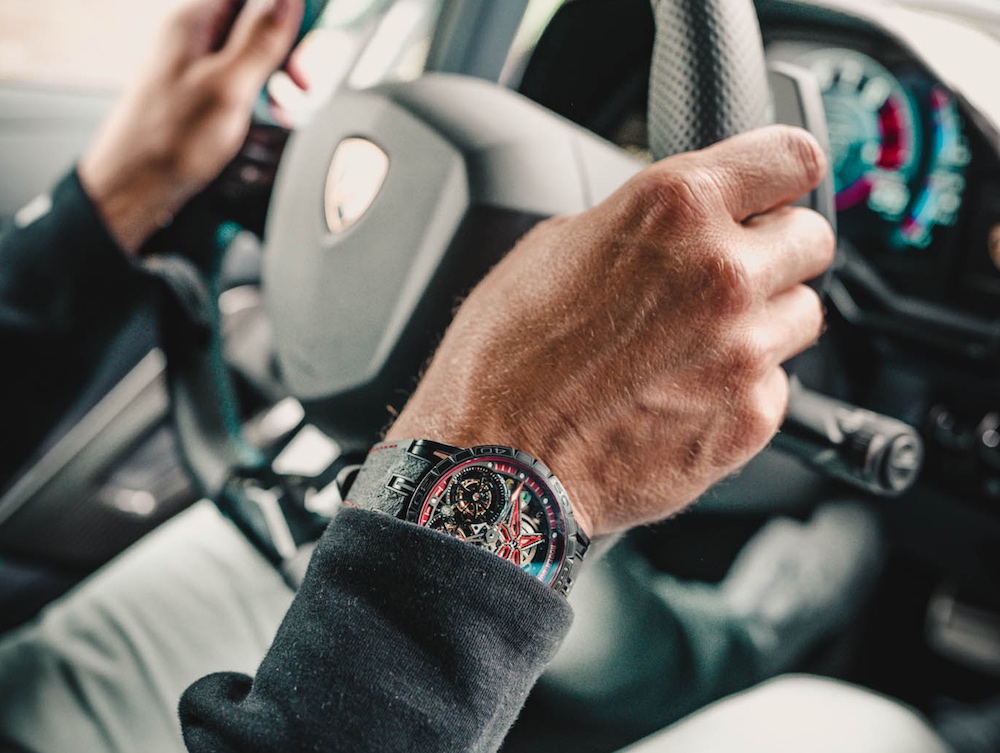 Roger Dubuis, Pirelli, Lamborghini: three iconic names in their respected fields that come together in a unique event. In the ‘Run to Monaco‘, they are taking some of the world’s most exclusive and exotic cars in an epic road trip through the south of France to the principality of Monaco. Last year Haute Time participated in this high-octane, high-speed event, driving a Lamborghini Aventador, of course, fitted with Pirelli tires.

In 2017 the brand has just launched its Spider Pirelli collection, which has claimed a solid position among the other Roger Dubuis models in record time. At the 2018 ‘Run to Monaco‘ edition is announcing a further expansion of this collection with the Excalibur Spider Pirelli Double Flying Tourbillon Red. 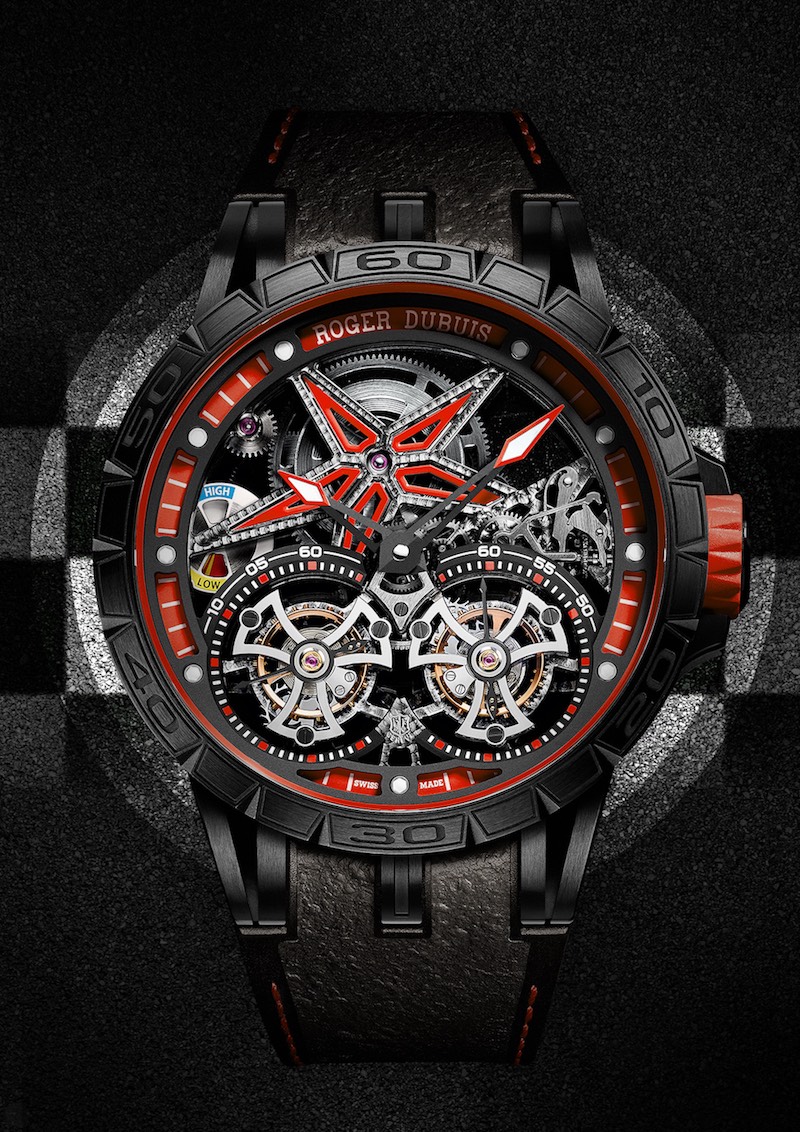 This eight-piece limited edition combines red details with the rubber inlays from Pirelli tyres that have not only competed in an official race, but also won! The heart is formed by Roger Dubuis signature double tourbillon movement. Heavy skeletonized, it draws its attraction from the same source as high-performance cars: mechanics, tuned to perfection and precision, combined in a very complex way by master craftspeople, to ensure not only the best performance but also offer an amazing experience while doing so. 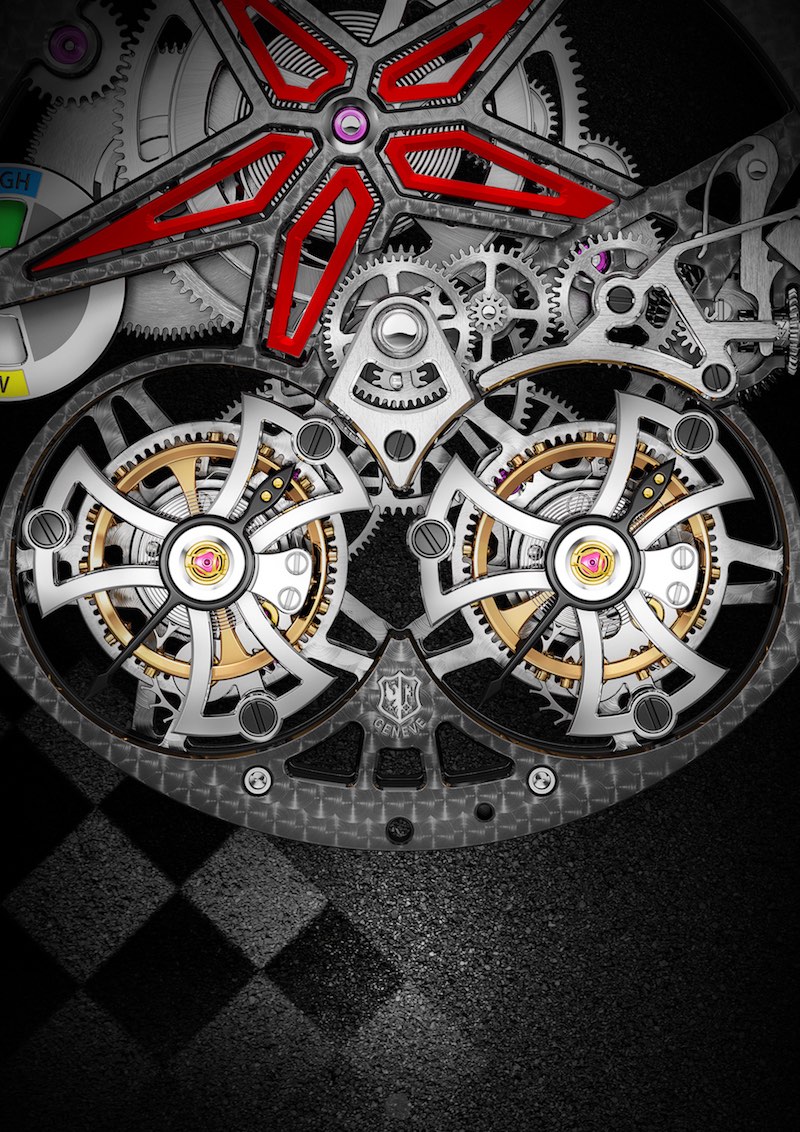 Visually Roger Dubuis has succeeded once again in presenting a masterpiece. The red offers a bold contrast with the black case and strap, yet a very natural one for those familiar with high-performance cars. The brand also knows how to apply just the right touch of it, highlighting critical functions of the watch, yet without to outshine the double tourbillon. While the watch looks very avant-garde, the craftsmanship utilized to create it can look back on a long tradition. It is therefore also that between the double tourbillons it proudly wears the ‘Geneva Seal’, a certification only achieved by a precious few watches, testifying its superb finish.

Claim Their Game! The Best Men’s Watches For Women