It is for sure an overused word in the industry: icon. A lot of watches are identified as such, yet few fully deserve all the credits that come with it. One that most certainly does it the Regulator by Chronoswiss. Now celebrating its 30th anniversary, the regulator is a milestone in watchmaking, introducing a whole new way of checking the time on the wrist when it was introduced in 1988. 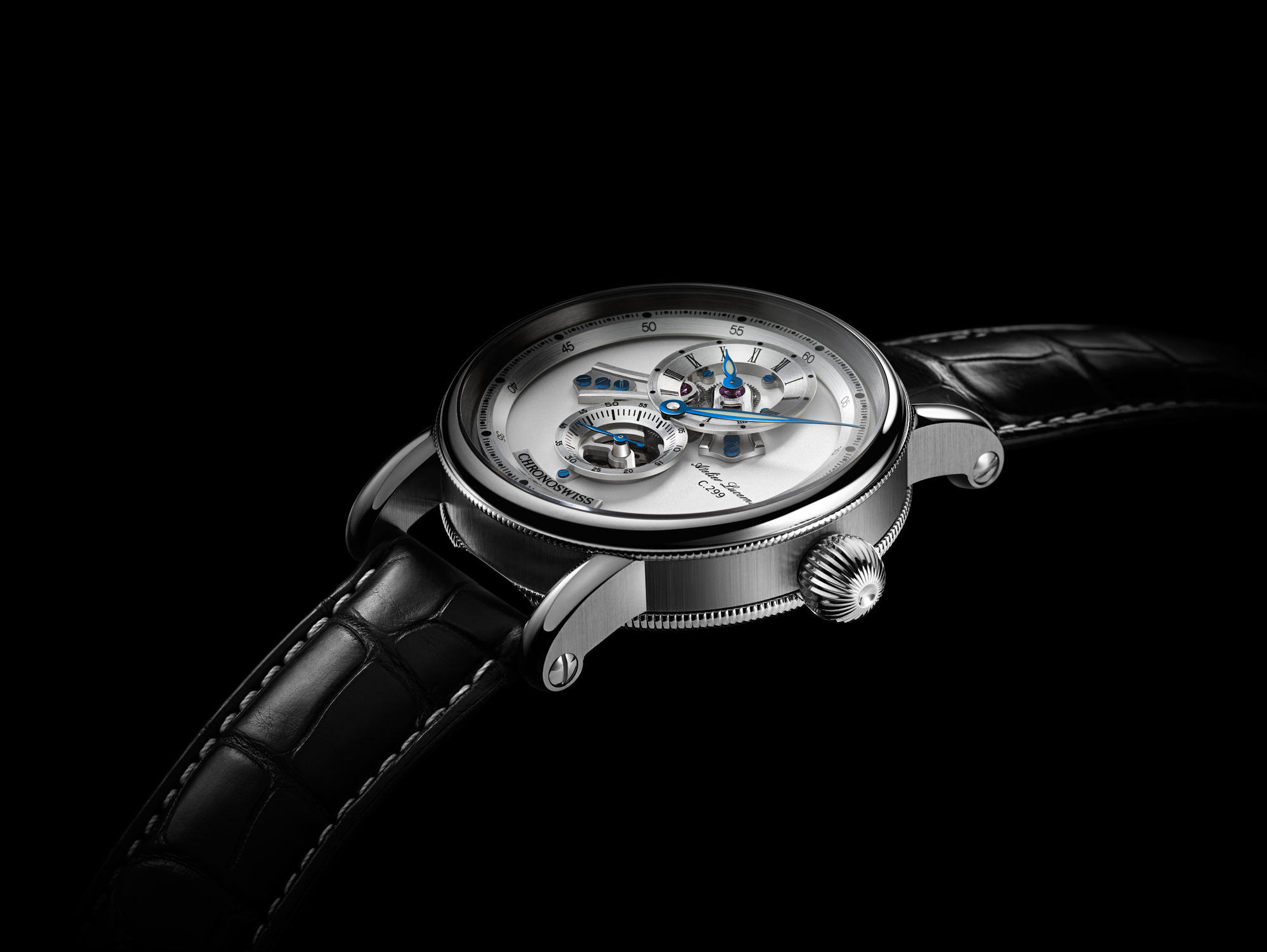 The concept of the regulator has been in use for ages on clocks, mainly in the workshops of watchmakers. By displaying the hours and seconds on separate dials, while keeping the minute hand at its centre position, it enabled them to read the time with a very high accuracy. This was important because back then this was the only way to check the precision of the (pocket)watches they were working on. 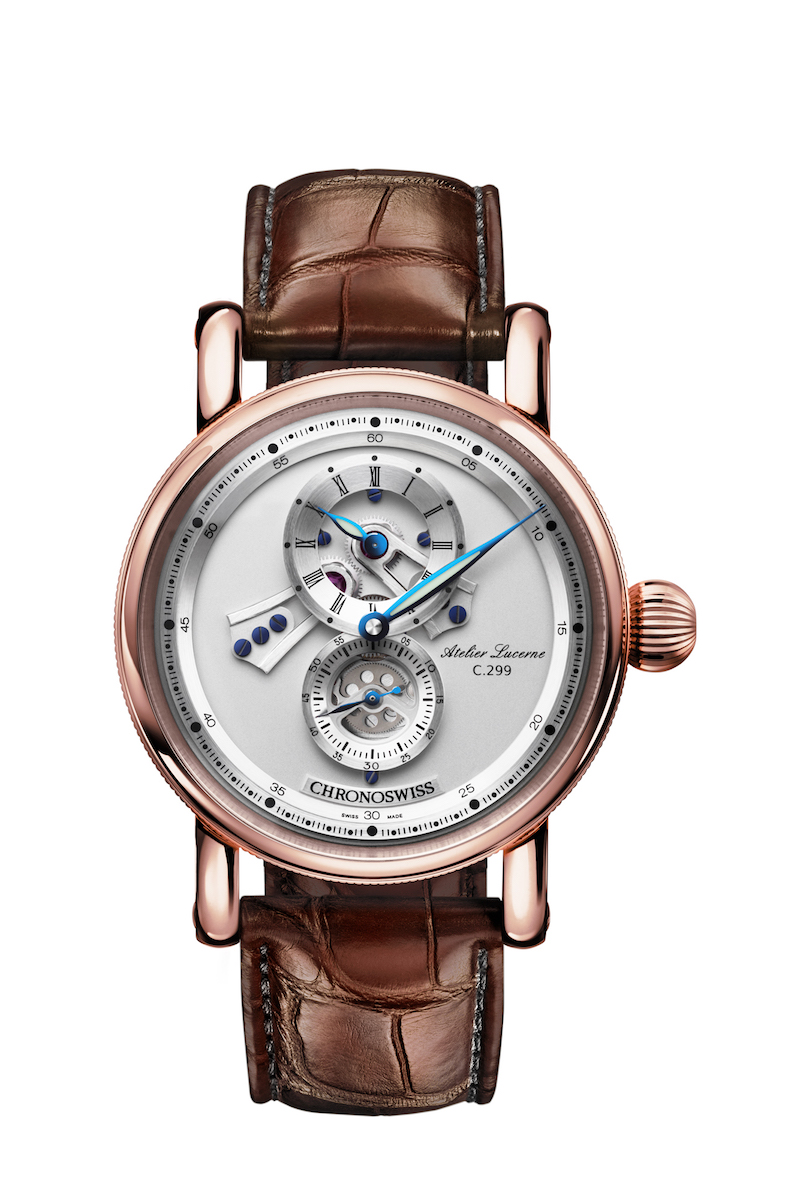 On the wrist, the same advantages are evident, while at the same time also making a bold visual statement. It is, therefore, no surprise that not only the regulator never left the collection of Chronoswiss, but also that many other esteemed brands were keen on adopting this display of time into their collections. For Chronoswiss, the Regulator quickly became one of the pillars of their brand, one which they have cultivated with great care of its three decades of existence. 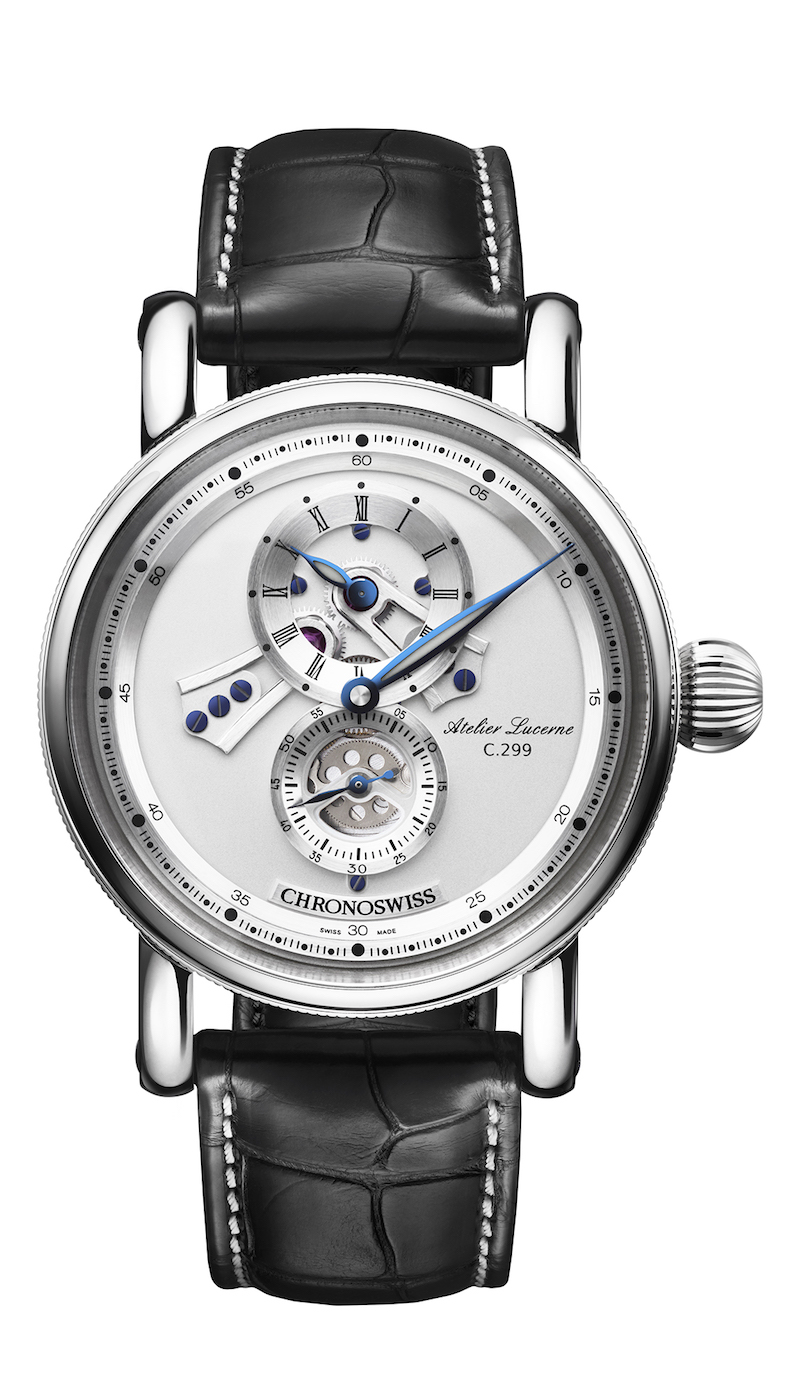 Recently a new chapter was entered in the life of this legend with the Flying Regulator Open Gear. In many ways, this watch is quite a remarkable creation. It is a bridge between the past, present and future of Chronoswiss. It clearly has the same DNA as that very first regulator 30 years ago, yet now presents this complication in a more modern and progressive way. With a classically oriented brand like Chronoswiss, this could be causing friction yet in the Flying Regulator Open Gear it is incorporated in such a way that it has become synergy.

That synergy is achieved by first of all by respecting where the brand comes from. This is articulated by its signature three-piece case design, with screwed in strap and onion crown. On the dial, Chronoswiss takes full advantage of the advancements in technology over the last three decades, presenting now the regulator in three dimensions. Each sub-dial occupies its own level on the dial, with its scale presented on the sloped ring surrounding it. The result is not only visually tantalizing but also still easy to read with the utmost precision. 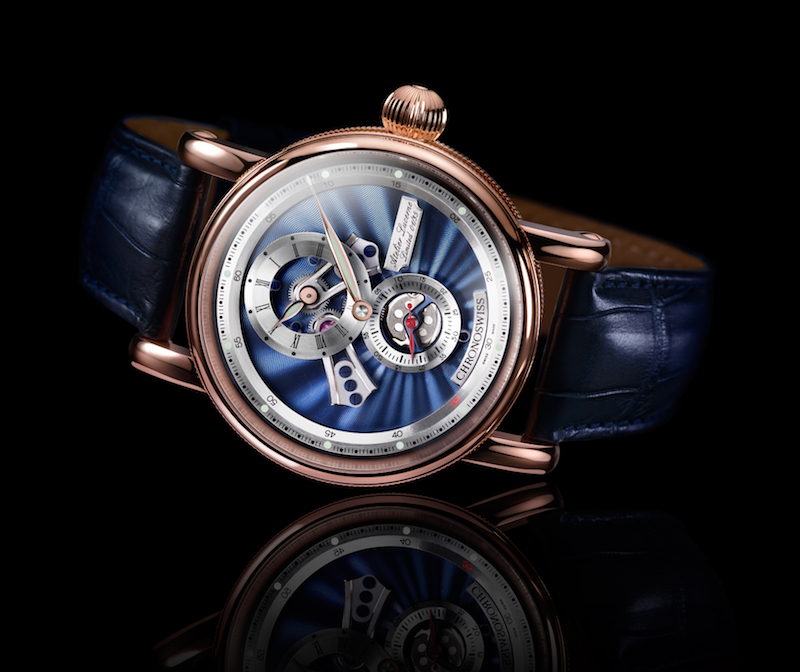 The new Flying Regulator Open Gear comes in stainless steel, with either a black, blue or silver galvanic dial, as well as in an 18K red gold version with a galvanic silver dial. However, on such an important anniversary a special limited edition is also in order. Offered in either stainless steel or 18k red gold, the anniversary edition of the Flying Regulator Open Gear is limited to 35 pieces each. It distinguishes itself from the regular edition by its guilloche dial, blue for the gold version, and silver for the steel. Where most brands stamp these motives now on the dial, Chronoswiss still utilizes the traditional method, by engraving it on the dial by hand using a rare and historical rose engine machine. This results in a very rich looking watch, with the dynamic element of the partially exposed gear train and the contrast of the elevated, silver subdials. 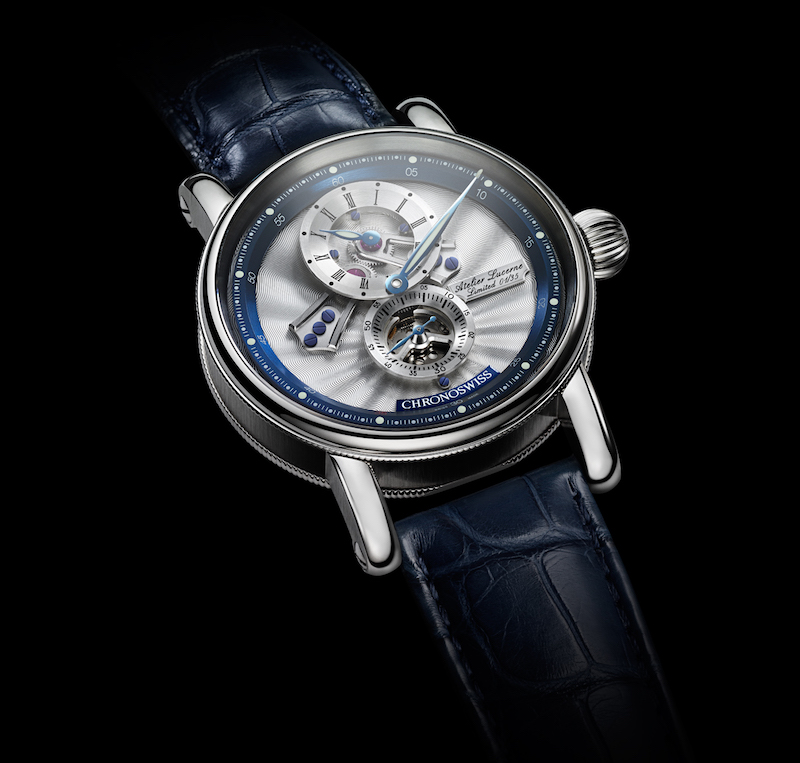 While these watches are a tribute to the past, they also hold a promise to the future. They are a clear indication that the Chronoswiss Regulator has enjoyed a fruitful 30 years but is also continues to define itself even further for the times coming.