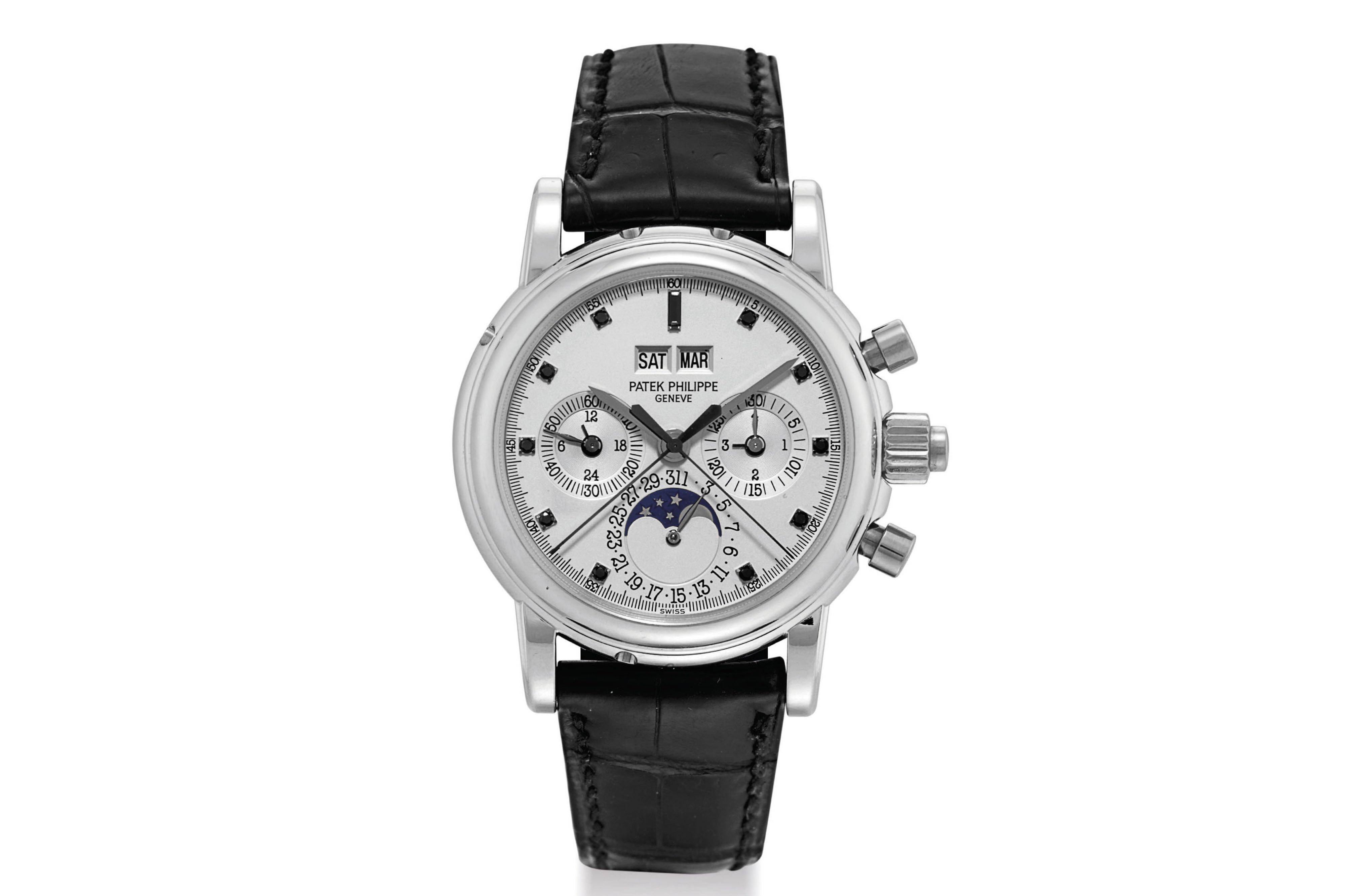 An exceptionally fine and rare platinum manual wind split second chronograph perpetual calendar Patek Philippe Ref 5004P with box and Certificate of Origin, was sold by Bohnam on Thursday. The Patek Philippe featured on the cover of the catalog of the famed auction house, and the watch caught the eye of several collectors. The watch was sold for a final price of HK$ 2,080,000 (US$ 270,000) including hammer and commission for the auction house.

“One watch that embodies everything about the Philippe Stern presidency is the Patek Philippe 5004, a reference that at current prices seems achingly good value. After 15 short years during which production was halted to allow the watch makers to concentrate on a separate split-second calibre and perhaps a maximum of 12 per year being produced during that period this is a rare timepiece. Quite simply this is more than a 3970 with a split second. This is the modern day 2499. People often ask me why is the 3970 such value, and the answer is production numbers. With the 5004 that is not a concern, demand has always outstripped supply and as the years pass the numbers available on the open market shrinks as strong handed collectors add them to their own.”