Patek Philippe Ref. 3450/1: The Charm Of The Integrated Bracelet

You like it, or you don’t: an integrated bracelet on a watch. Unable to detach, it defines the look of the watch, for better or for worse. In case of this Patek Philippe Ref.3450/1, it is the first, adding to the character of this imposing watch. 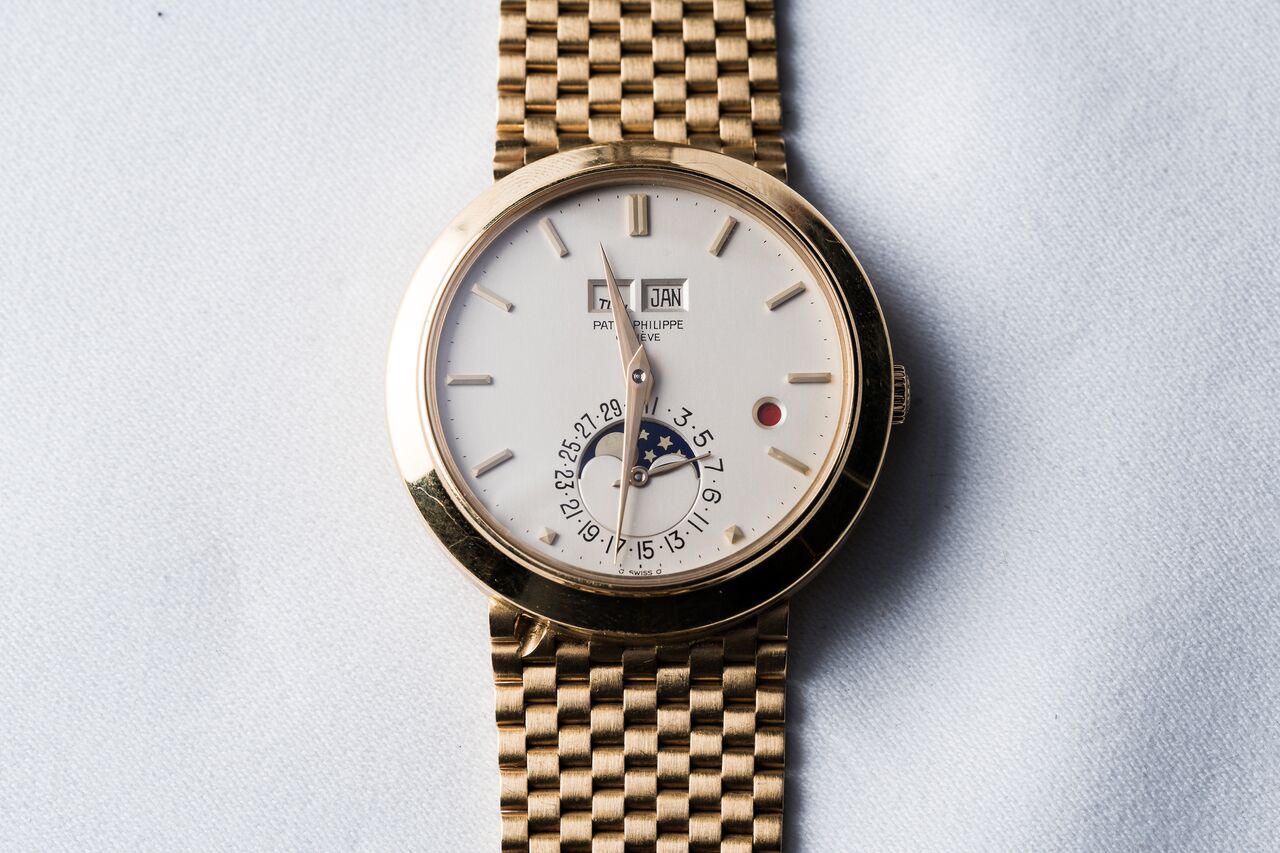 Patek Philippe launched the ref. 3450 in 1981 as successor of the ref. 3448. It features automatic caliber 27-460 QB, which has as complications a perpetual calendar with moon phase. What makes this watch extra special, both visually as well as historically, is the “red dot” leap year indicator. Patek Philippe included this only in the very first series of this reference, replacing it in the second series for the Roman numerals I, II, III and IV, with the last one indicating the leap year. 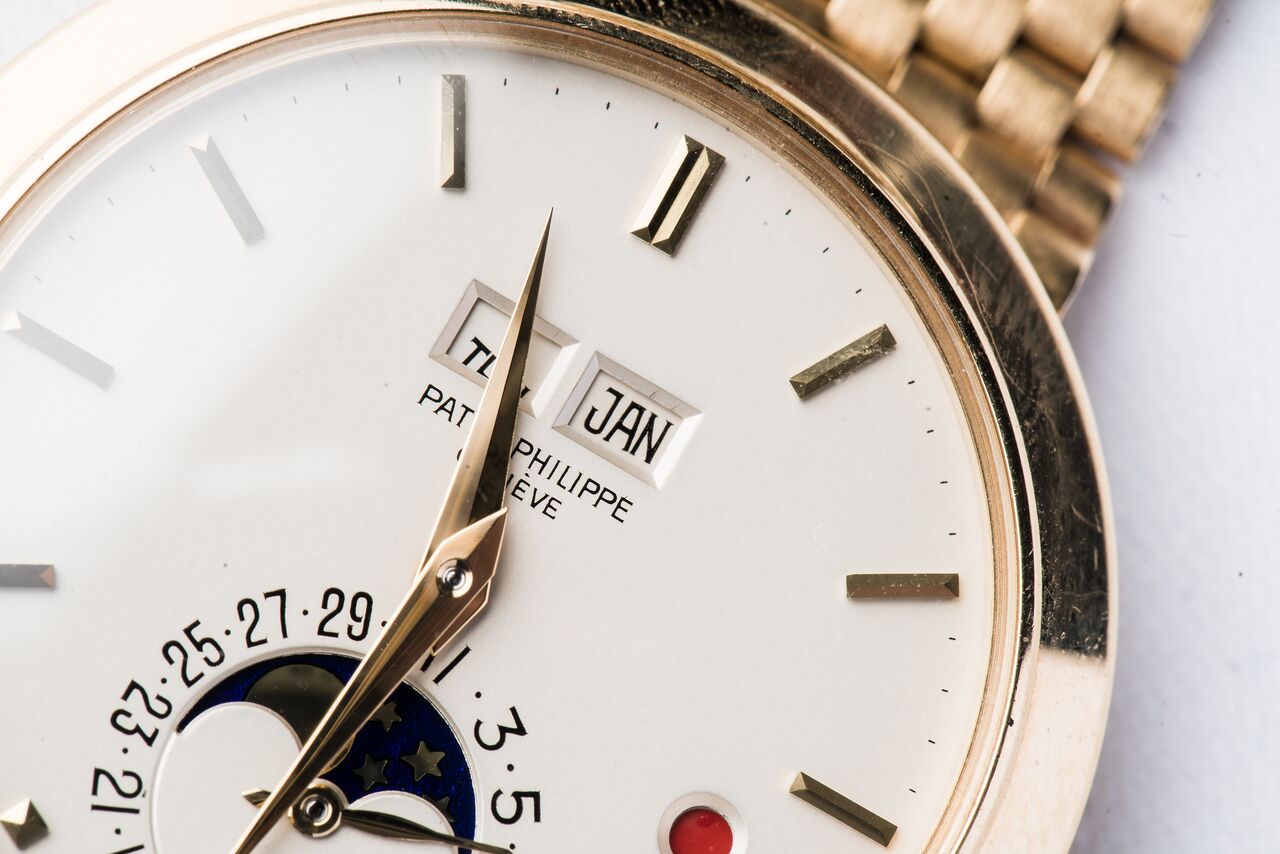 It is a matter of personal taste if you like the red dot leap year indicator. It is somewhat like the beauty mark of Madonna, who would rule as Queen of Pop in that same decade: It draws your attention because it seems out of place, but because of that it is all the more interesting. It is actually the integrated bracelet that makes it even more prominent, as it is mounted underneath the case. Also, the very fine segments of which it is made give a distinct contrast with the very clean dial. The bracelet is, by the way, a work of art on its own, as it is mainly made by hand, and because it consists out of so many small segments, very comfortable to wear. 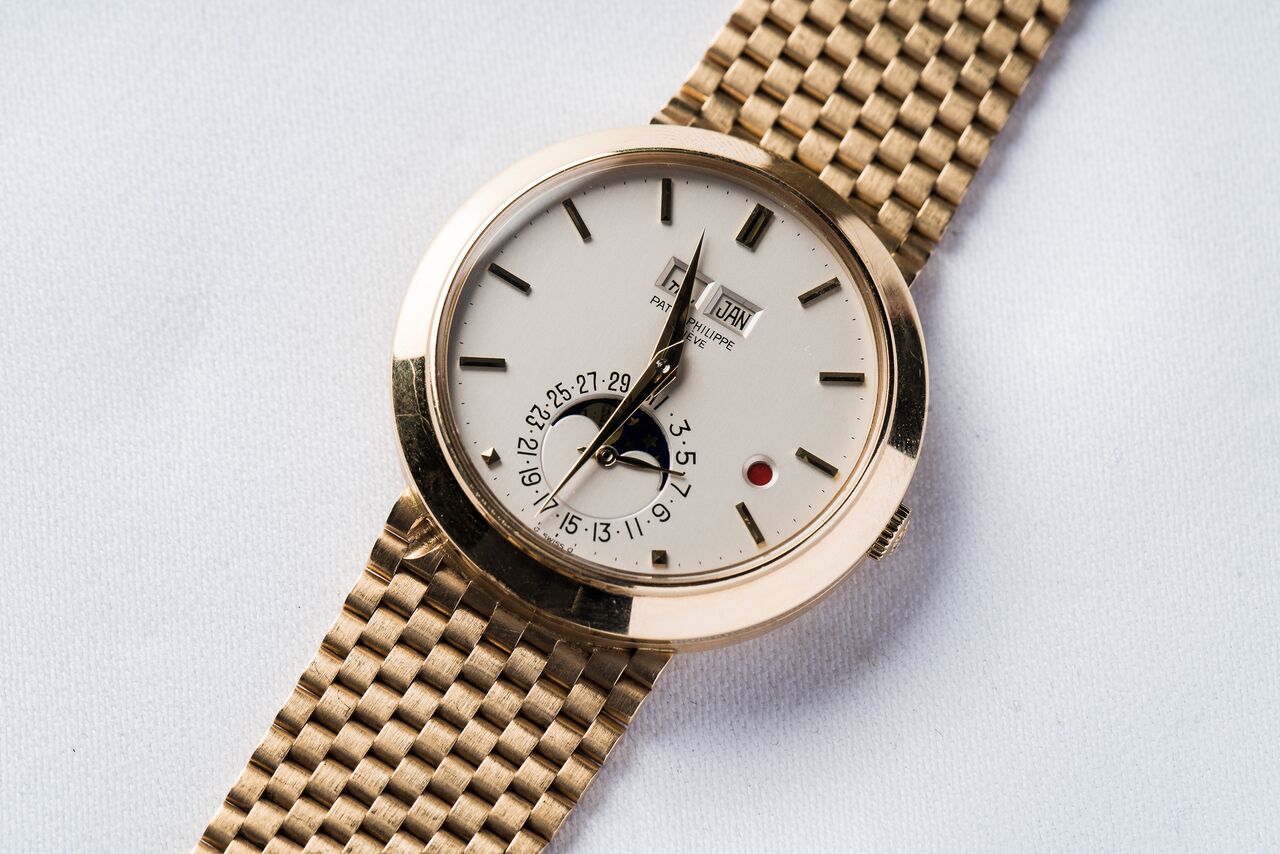 Even among Patek Philippes, the ref. 3450 is a rare watch, with only 244 watches made between 1981 and 1985, when this model was discontinued. Except two, in white gold, these were all encased in yellow gold. When Christie’s auctioned this example earlier this year, it sold right in the middle of their estimate (CHF 180.000 – CHF 280.000) with CHF 235.500,-. The reason for this might be the engraving on the back of the case, which in general always negatively impacts the price in relation to the same watch that doesn’t have this engraving unless it is for or by a celebrity.

Watches That Blur The Line Between Dressy And Sporty