It is somewhat of a contradiction: to create a complicated watch, and then make it look as simple and understated as possible. This not only requires technical prowess, but also quite a bit of skill from the designers, as nothing is as difficult as making a complicated watch look simple, yet these four watches do just that! 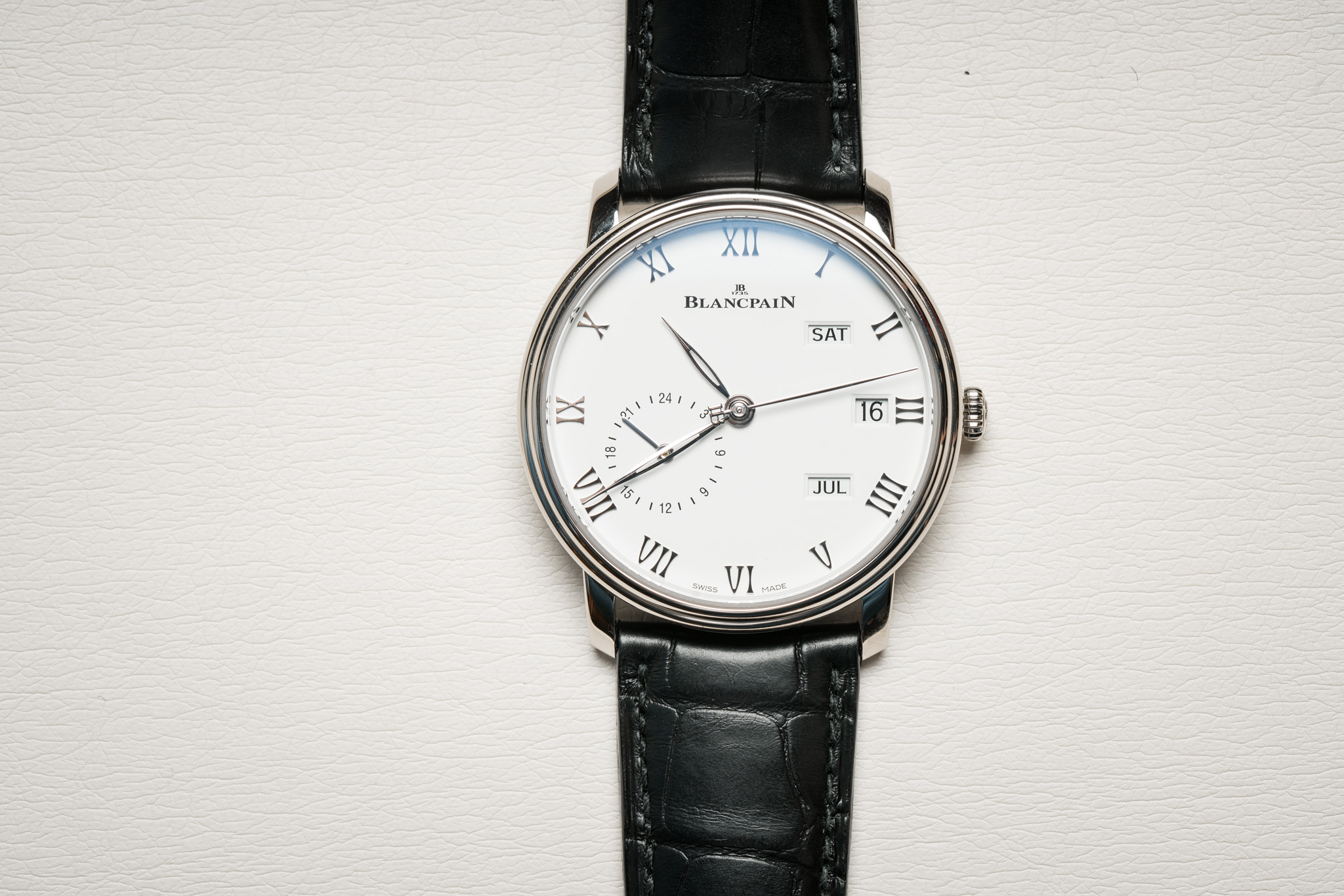 Blancpain Villeret Annual Calendar GMT
The Villeret is what you can call the essential dress watch. Every detail about it is just right, and to integrate an annual calendar and a GMT-function in it, might be a sensory overload. Blancpain’s designers solved this masterly by displaying the annual calendar functions through three windows, and make the second timezone complication a simple subdial. Combine this with the skeletonized hands, and you have an understated watch that is far more complicated than most people would ever think. 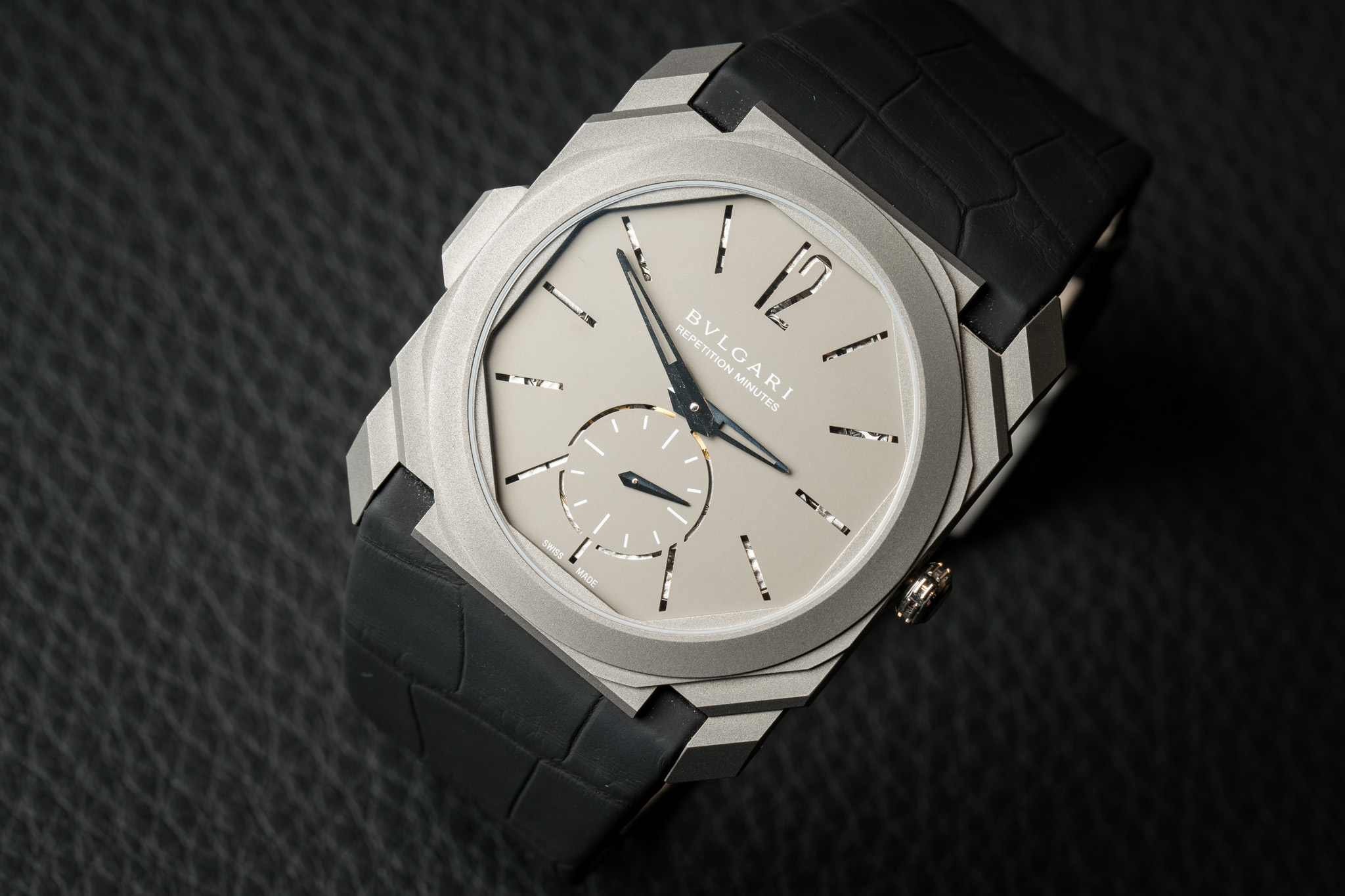 Bulgari Octo Finissimo Minute Repeater
Especially now that Bulgari introduced an automatic time-only model, it is very easy to mistake the Octo Finissimo Minute Repeater for that watch. It is thin, and except for the writing on the dial and the button on the side, there is very little that indicates that this is, in fact, a minute repeater. It is almost like a secret, which is part of the fun of owning a watch like this! 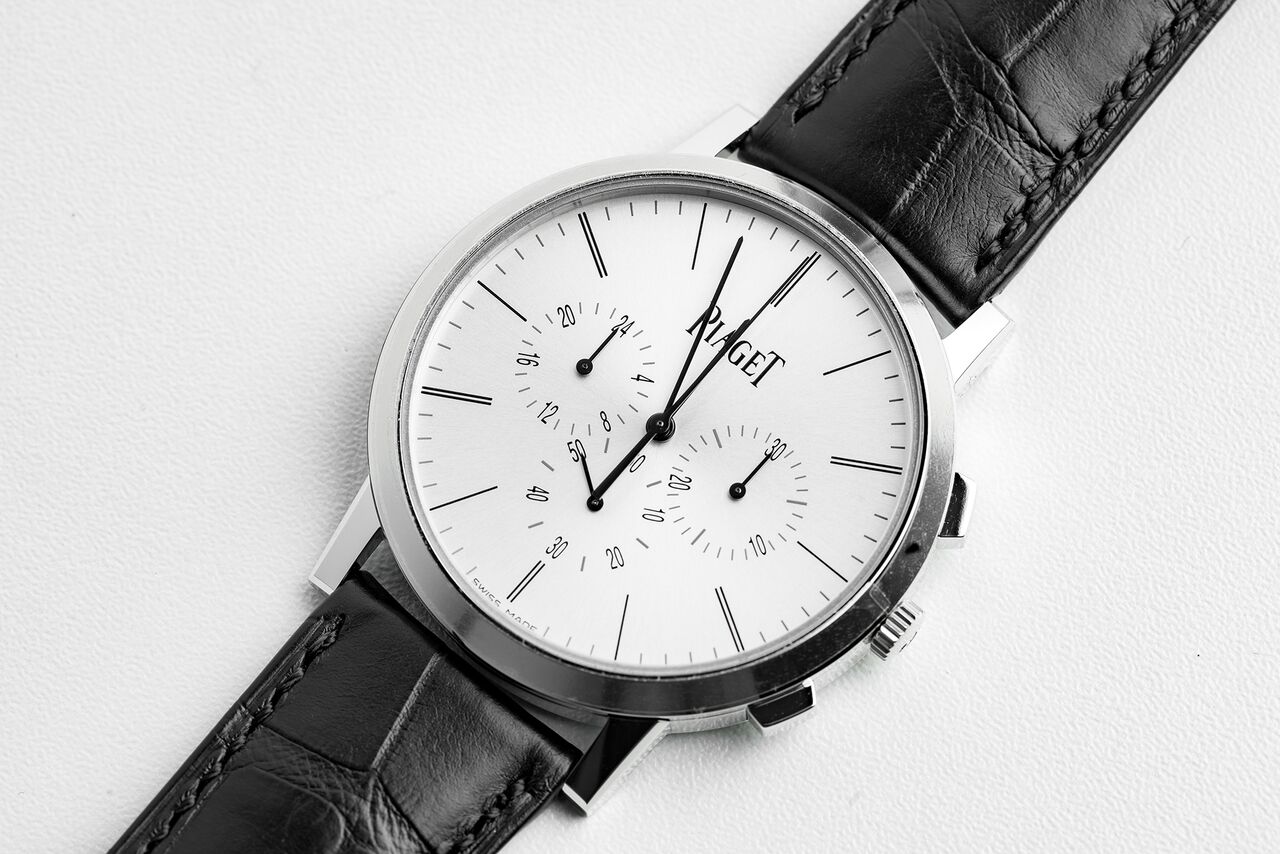 Piaget Altiplano Chronograph
Piaget’s Altiplano Chronograph is also one of those watches that can trick you into thinking that it is much simpler than it in fact is. This watch has a manual wind, flyback chronograph movement that is only 4.65 mm thick, and encased only 8.24 mm, breaking the world records for both! But that is not all, as this Altiplano is also fitted with a second time zone complication, making it a perfect, and understated, travel watch!

Vacheron Constantin Les Cabinotiers Symphonia Grande Sonnerie 1860
You wouldn’t think it when you examine this Vacheron Constantin from the dial side, but its movement consists out of 727 parts. In fact, it is the very first Grande Sonnerie that the manufacture has ever made, being in development for over 10 years. It not only shows the hours, minutes and seconds, but also features both a grande sonnerie as well as a petit sonnerie, and a minute repeater. Two barrels provide a 72-hour power reserve for the movement itself, and 20 hours for the strike work, making it extremely complex, but you wouldn’t tell that from looking at the dial!

Patek Philippe Ref. 3450/1: The Charm Of The Integrated Bracelet