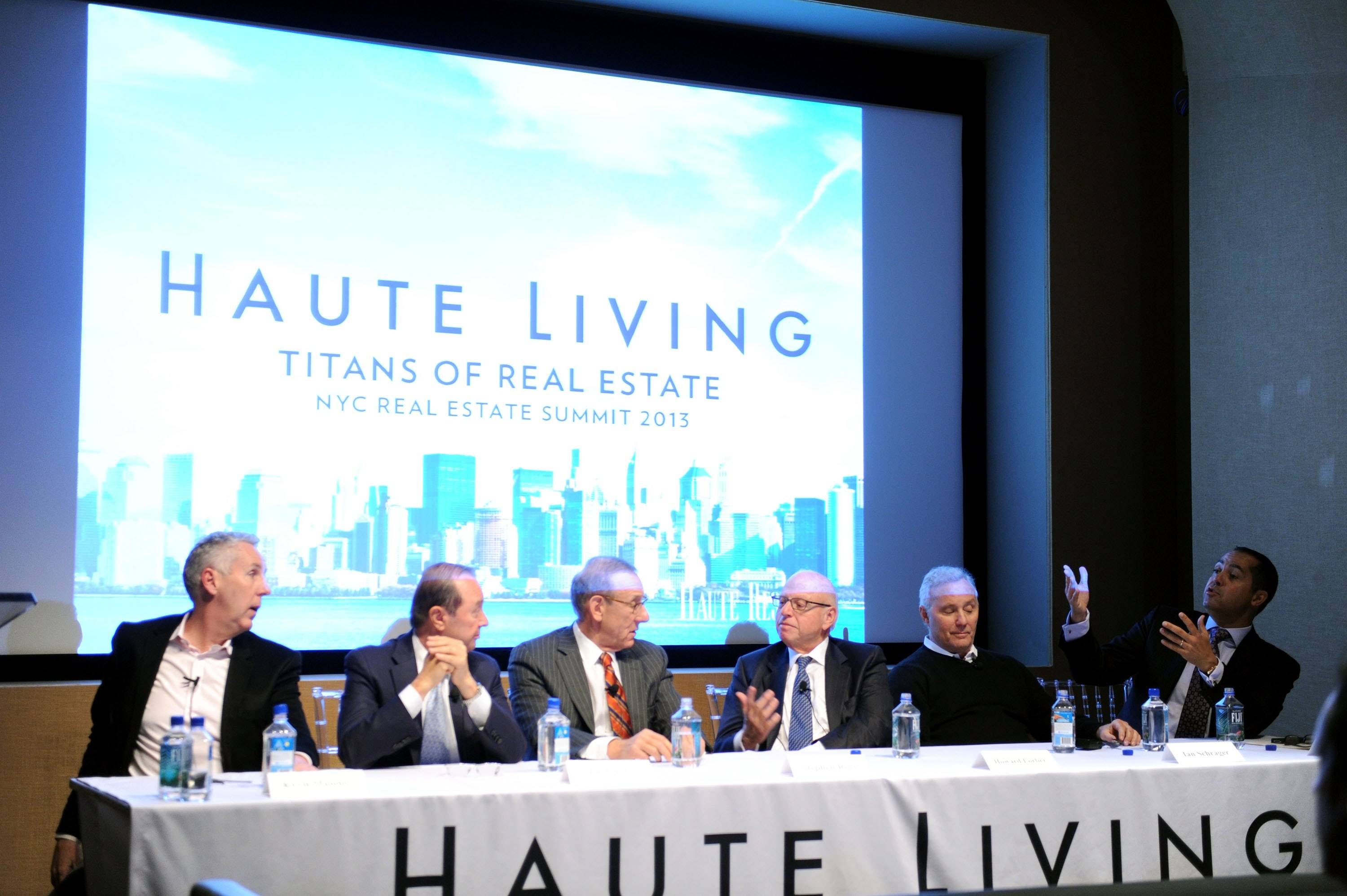 On November 14th, 2013, Haute Living hosted the NYC Real Estate Summit at The Core Club. Officine Panerai was the official Timekeeper of the panel, which united some of the greatest visionaries in real estate and development.

Joe Cayre, you say the city [NYC] is in great shape while some might say otherwise, but I feel like Mayor-elect De Blasio got elected by arguing that the city was going in the wrong direction and was a terrible shape.

Joe Cayre: Mayor-elect De Blasio…I think that people say a lot of different things when they try and get elected, and I do believe that he will govern the city understanding all of the pros and cons of what will make the city successful. I don’t believe that he will hurt the city at all, and I think the city will continue to grow in the right direction.

Don Peebles: I believe that the mayor elect means exactly what he’s saying. I think we also have to recognize that we have a growing level of poverty. There are statistics that are saying 21 percent of New York households are in poverty. The fact is, that can’t continue. We as an industry need to focus on how we can help Manhattan be affordable. 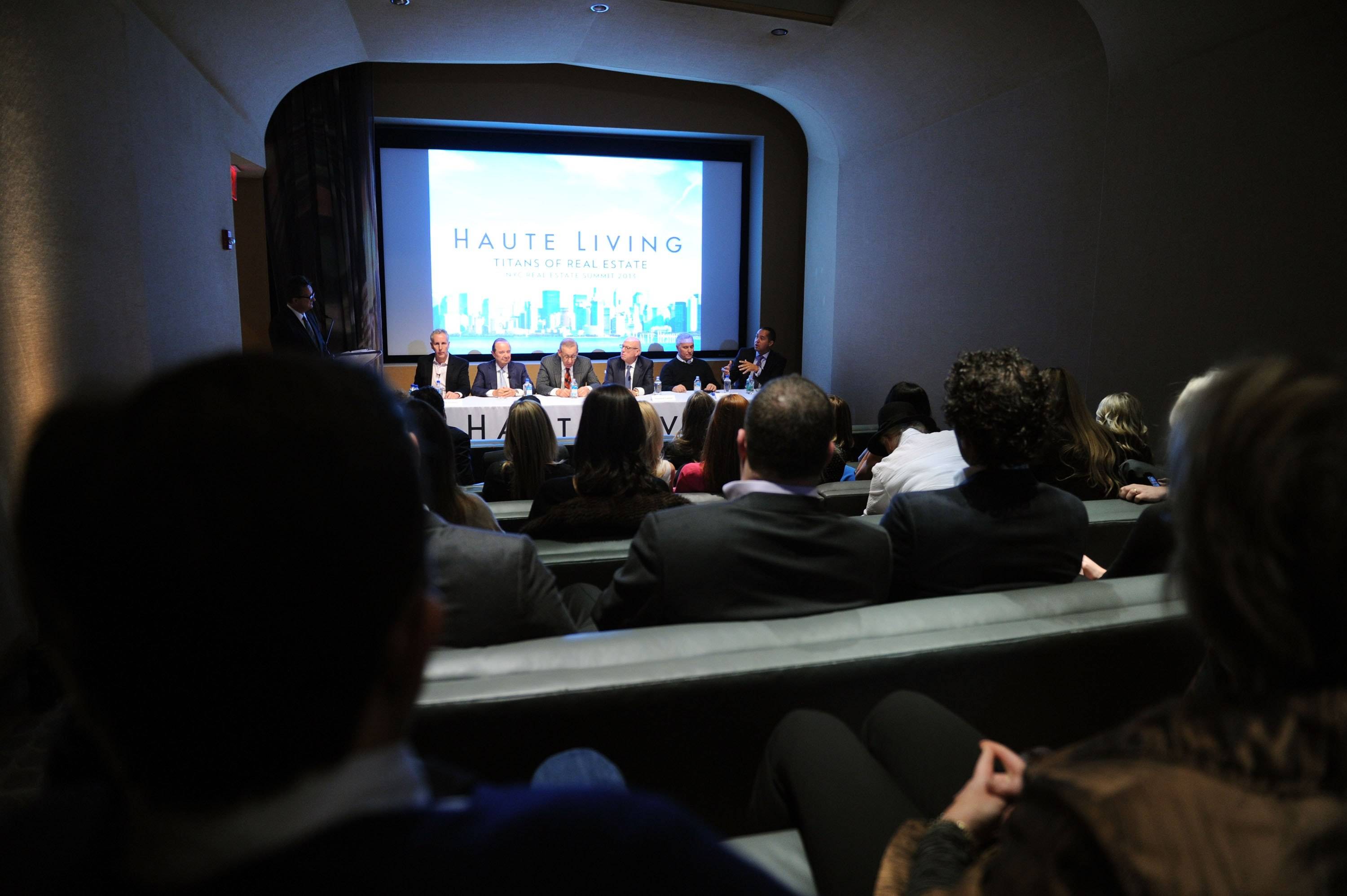 Later, Kneale prompted discussion on the cost of land and new developments.

Howard Lorber…because you’re Douglas Elliman, you both sell stuff and own lots of stuff…but there’s uncertainty…are developers able to just go on in? Are homebuyers willing to go in and buy?  How much will uncertainty delay the development of the city?

Prices are going to go up for existing inventory. Things we have in the ground…things we’re doing, things we’re selling now are going to benefit from that. Everyone else has pretty much said it…you say one thing during the campaign…but most people at the end of the day move to the middle…hopefully he’ll [De Blasio] move to the middle on a lot of these issues. I think we will have to hope that he does what the bulk of us think is the right thing.

So isn’t Manhattan just a teardown? Don’t you just buy some old building and wreck it rather and build right there rather than…there’s no vacant land left!

Steve Ross: You’re buying a building, you have to empty it out…your land cost means you need 3k a foot to break even. That’s not the whole market! You can’t build the kind of volume that everyone is projecting to fill the demand at those prices…it’s a big issue!

Kneale also touched on up and coming neighborhoods:

What’s the next big neighborhood in New York? When I saw that cover on New York magazine a few years ago that said “I Hate Brooklyn,” I knew Brooklyn had arrived!

Joe Cayre: Well, our company is very aggressive in Manhattan and Brooklyn. We just got a 99 year lease from the city on Empire Stores, which is roughly half a million square feet. Besides that, we’re building affordable housing and luxury apartments in Brooklyn…we try to build something that is very different and something that people will want to be a part of…that’s what our company does. We’re a small boutique company…maybe we have a few billion worth of projects under way right now. It’s a family owned company…we have a lot of fun doing what we do…”

Kevin Maloney: We loved Williamsburg until it was 300 dollars per foot for land, Greenpoint, downtown Brooklyn, Long Island City, Queens Plaza…its kind of where we can be in the burroughs below $150 per foot for land cost. 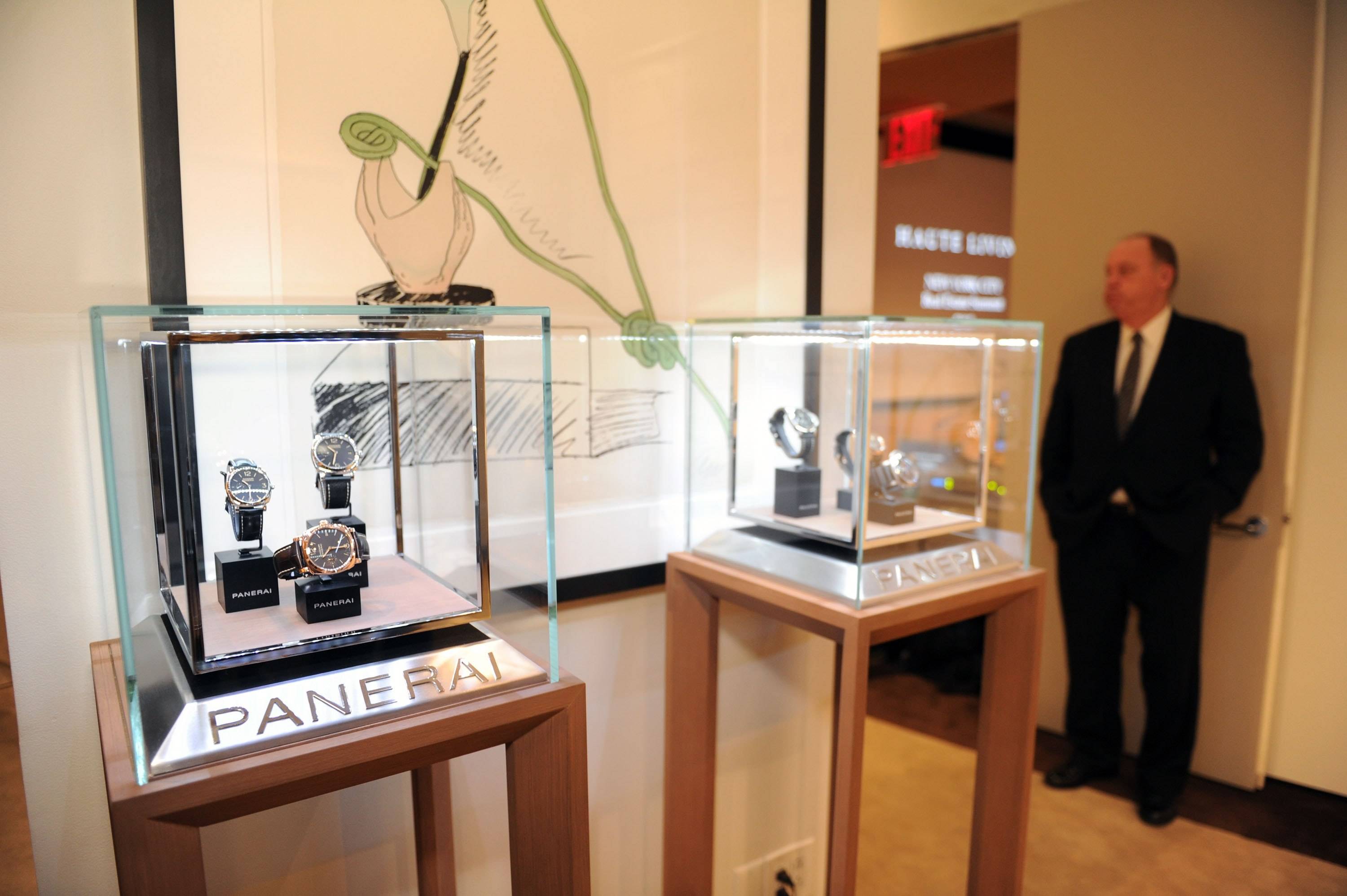