Sant’Agata Bolognese, home of Lamborghini, was the place where the famous car manufacturer and Roger Dubuis announced that they joined forces. This is the start of a very powerful partnership, as the DNA of both brands is very similar. Lamborghini has made a name for itself with high-performance sports cars, which combine cutting-edge technology with expressive design. Roger Dubuis is the horological equivalent of this and proved this with the first two watches that were presented as part of this new alliance. 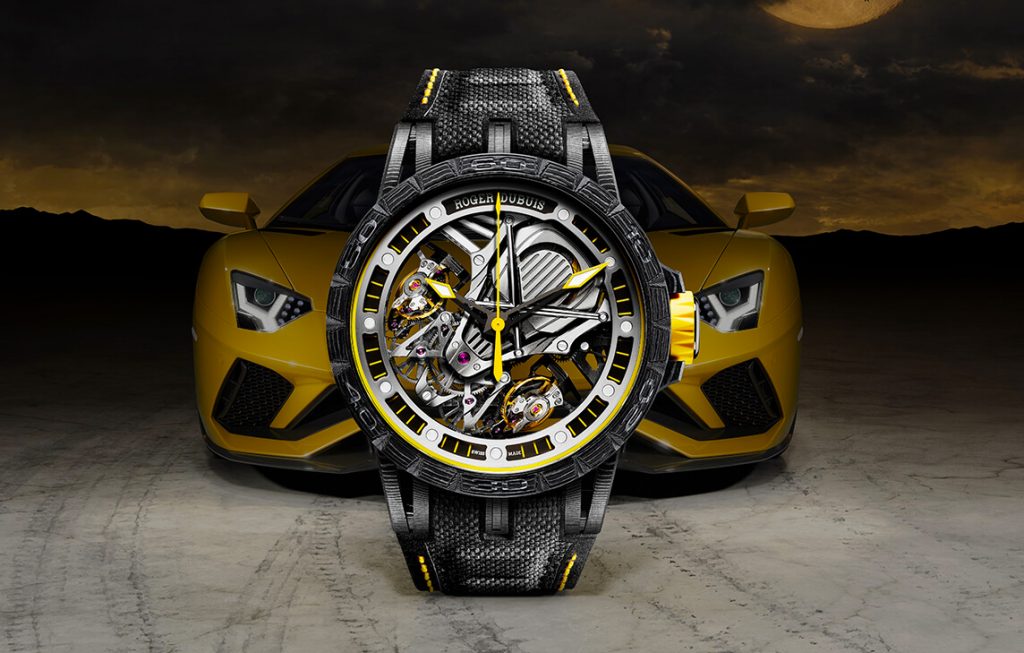 Named Roger Dubuis Excalibur Aventador S it pays tribute to Lamborghini’s flagship car. The watch comes in two versions, which both share the same movement technology. When you look from above on this new movement, it is as if you are looking at the back of a Lamborghini, with the engine covered by the struts, and the balances as wheels. Both balance wheels are placed at a 90° angle, but one is fine-tuned to run slightly faster than normal, and the other one slightly slower. The rates that each of these balance wheels provides is averaged out by a differential, that combines them both. This results in a more precise timekeeping. The movement features a central seconds hand, but instead of running smoothly, it jumps from second to second, and the power reserve of this manual wind movement can be read at the edge, of what looks like an engine cover. Both mechanically as well as visually is the Roger Dubuis Excalibur Aventador S is a very captivating watch!

Roger Dubuis makes 88 pieces of the version of this watch that combines a 45mm case made from multi-layers carbon with a titanium container and yellow rubber accents. It is priced at $194.500,-. Even more exclusive is the orange version of the Roger Dubuis Excalibur Aventador S, priced at $216.000,-, which features a case made from C-SMC forged carbon. This material originates from Lamborghini, who uses it in their cars. In watches, it is, however, a very difficult material to work with, and only 10% of all the parts made, meet the quality standards of Roger Dubuis. The finish is as always exceptionally high, and both watches carry the coveted Poinçon de Genève. 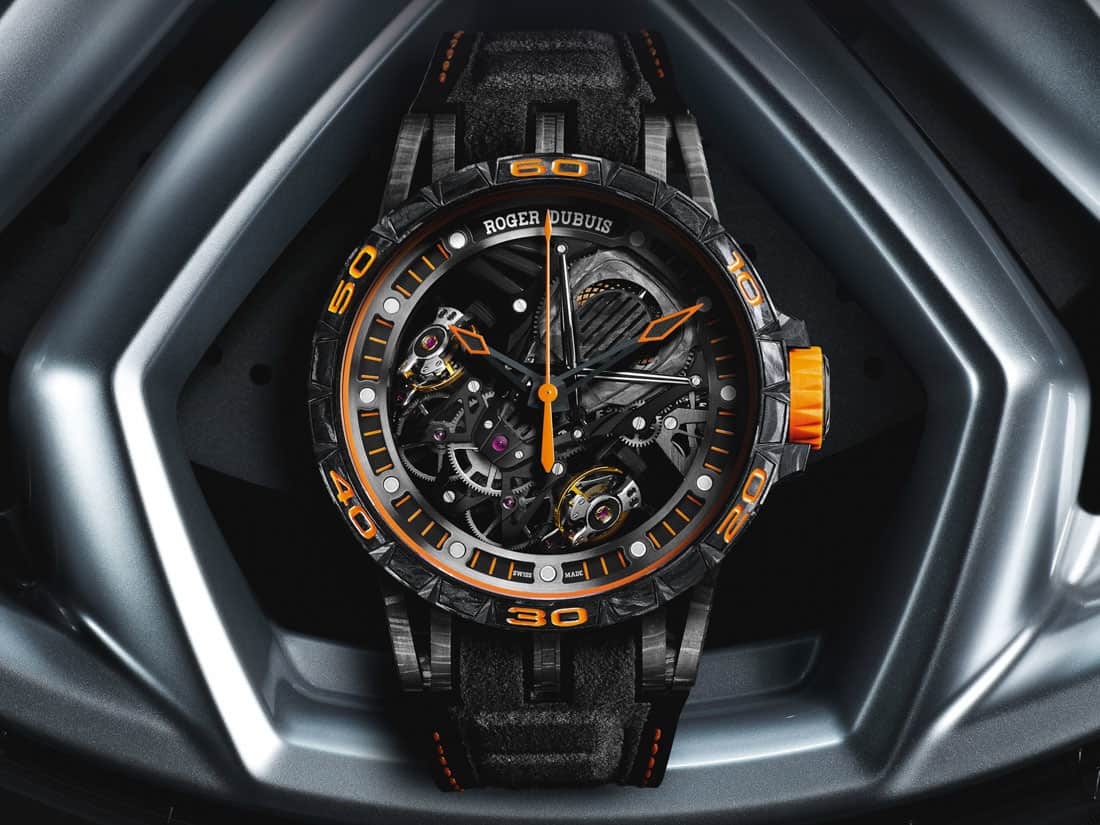 Lamborghini also had some news beyond the new partnership, and that is the Huracán Super Trofeo EVO, which will replace the Huracán Super Trofeo which was introduced in 2014, and of which 150 have been sold. Owners can participate with their cars in one of the four Super Trofeo championships, which are divided by continent. While the car remains mainly the same, the body kit has been completely redesigned and offers now even better aerodynamics and a more aggressive look. Also, the livery has changed and now features grey with yellow, and sports the Roger Dubuis name. 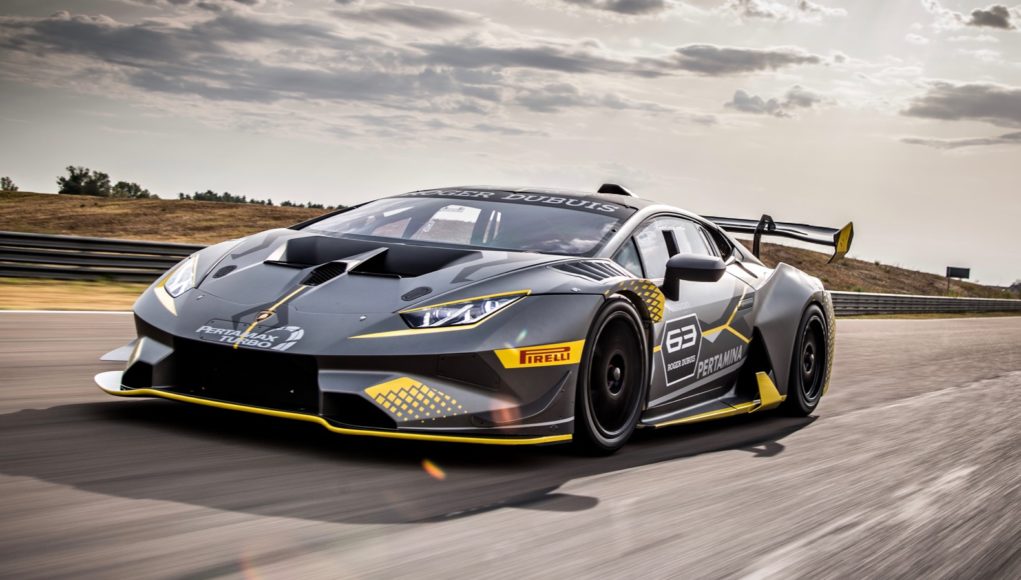 A great start of a new partnership between two brands that dare to be rare and are ready to burn some rubber and to tear up the tarmac, with their horological and automotive masterpieces!