While the demand, or appreciation, for vintage watches of the leading brands seems to be still on the rise, the same can be said of certain watches that are of a far more recent make. Especially limited edition, or limited production, watches can be in high demand, and an excellent example of this is Patek Philippe’s Sky Moon Tourbillon. 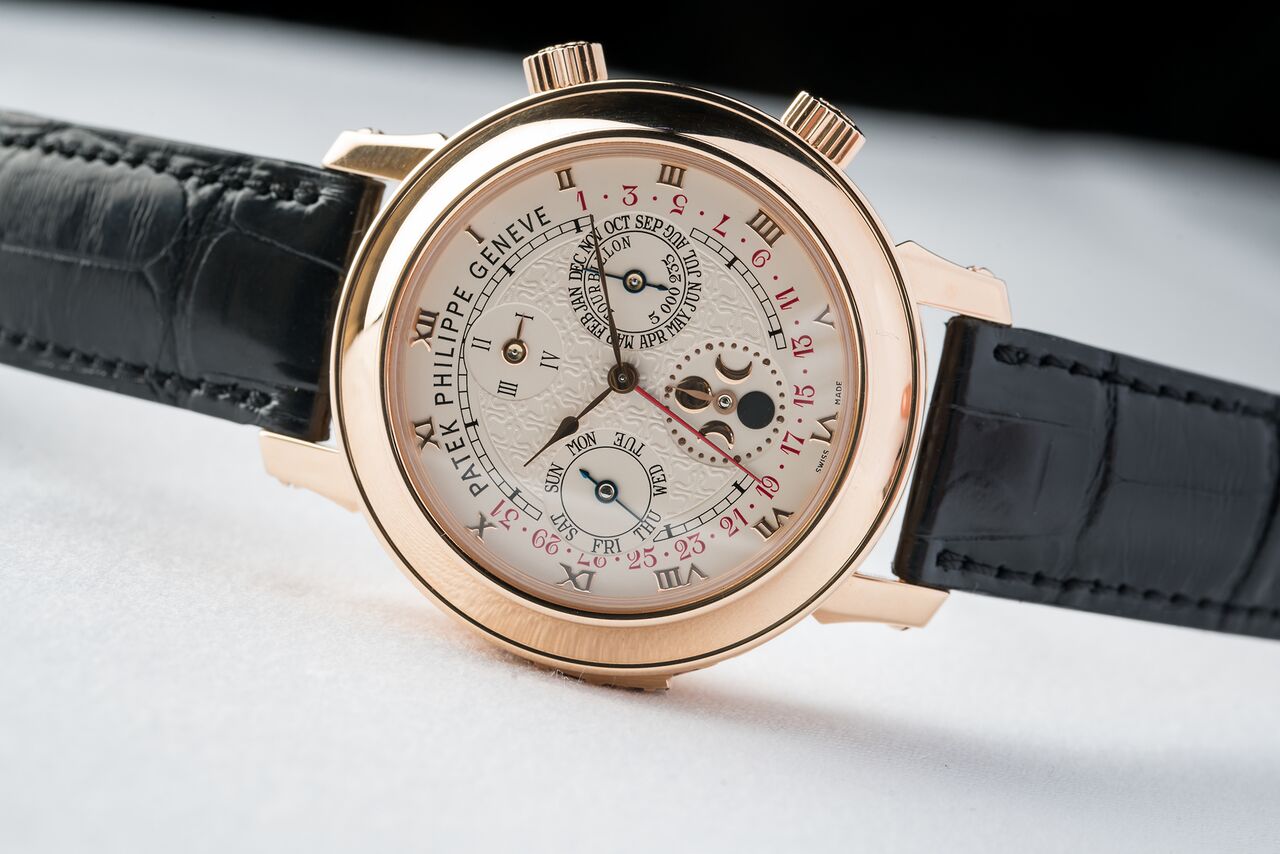 What makes the Sky Moon Tourbillon stand out, even among Patek Philippe’s impressive collection, was the fact that at time of release it was not only the most complicated wrist watch of the brand, but also the very first that showed complications of both the front as well as the back of the watch. 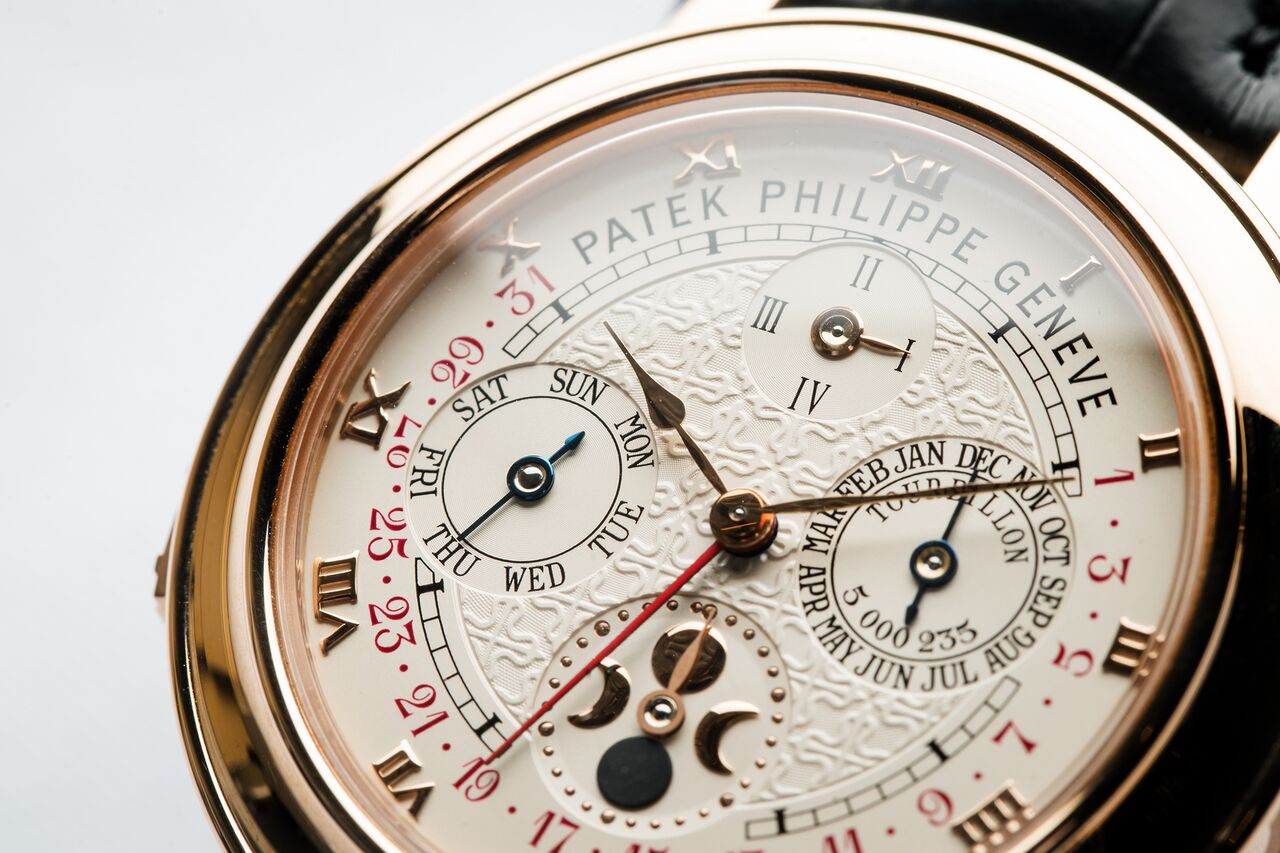 The front is your classical perpetual calendar, which shows the date with a retrograde hand. The dial is further adorned with a “Calatrava cross” motive, which Patek Philippe also engraved around the case band of the watch. It gives the watch visually even more of an impact, and that is probably while Patek Philippe has made this now a custom with its ultra high-end pieces. 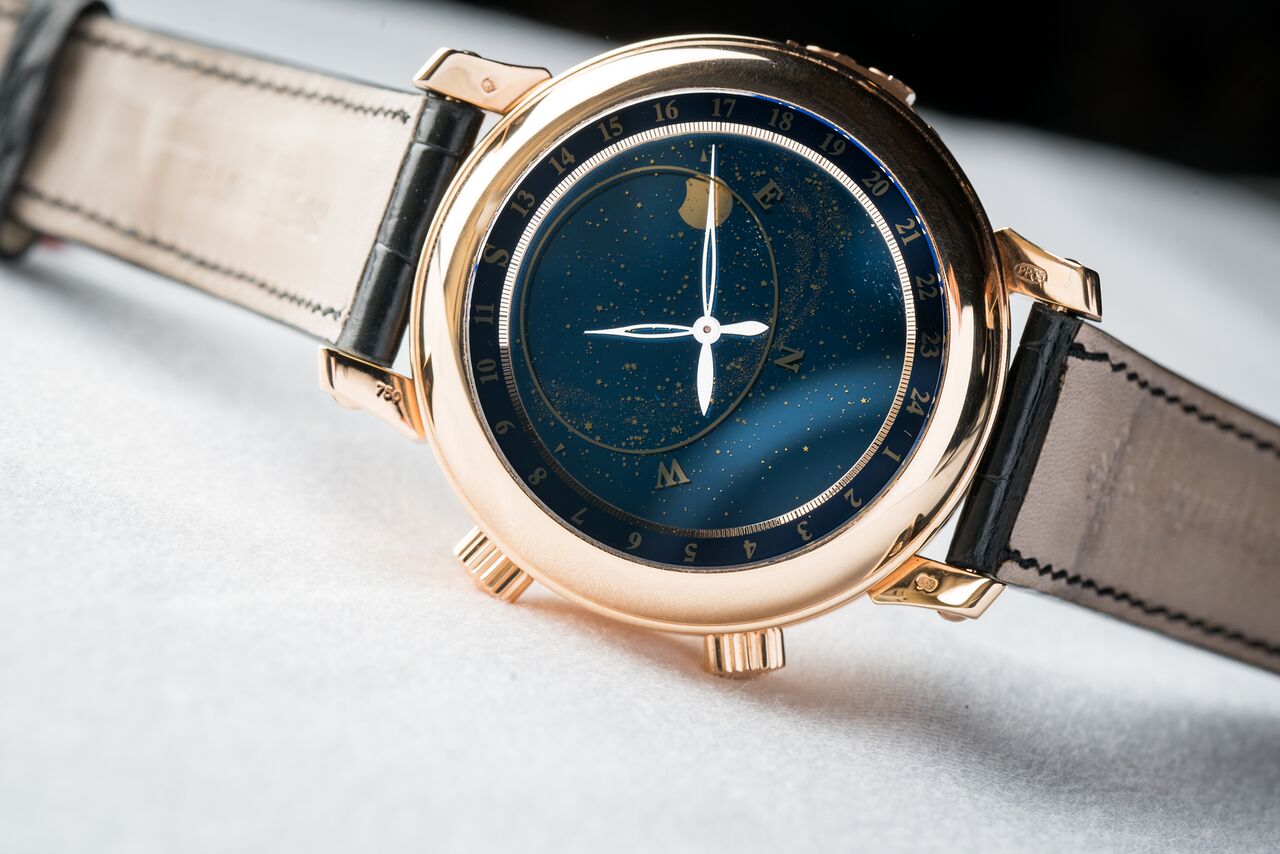 It is the back of the watch that truly sets it apart. It shows the celestial chart of the northern hemisphere, with an ellipse that frames the visible sky, as well as the motion of the moon as it travels through the heavens, and its current phase. The skeletonized leaf hands show the sidereal time on a 24-hour scale. 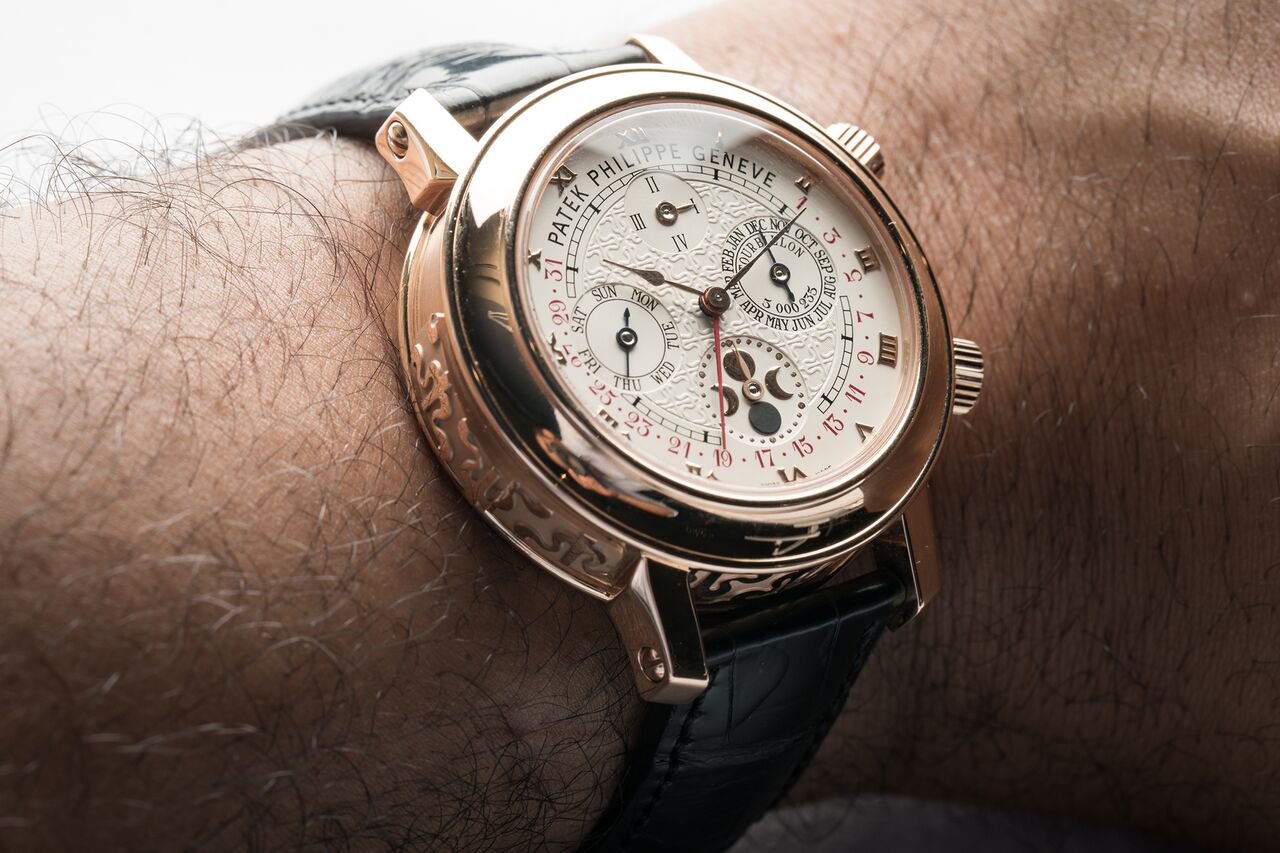 With all these visual captivating complications, one would almost forget that there is another complication that tantalizes one of the other senses: your hearing. The Sky Moon Tourbillon is fitted with a cathedral minute repeater, activated by the slide on the left side of the case. Patek Philippe developed a special steel alloy for the gongs in this watch, and made them longer than usual, creating a fuller sound that carried on for an extended period of time. 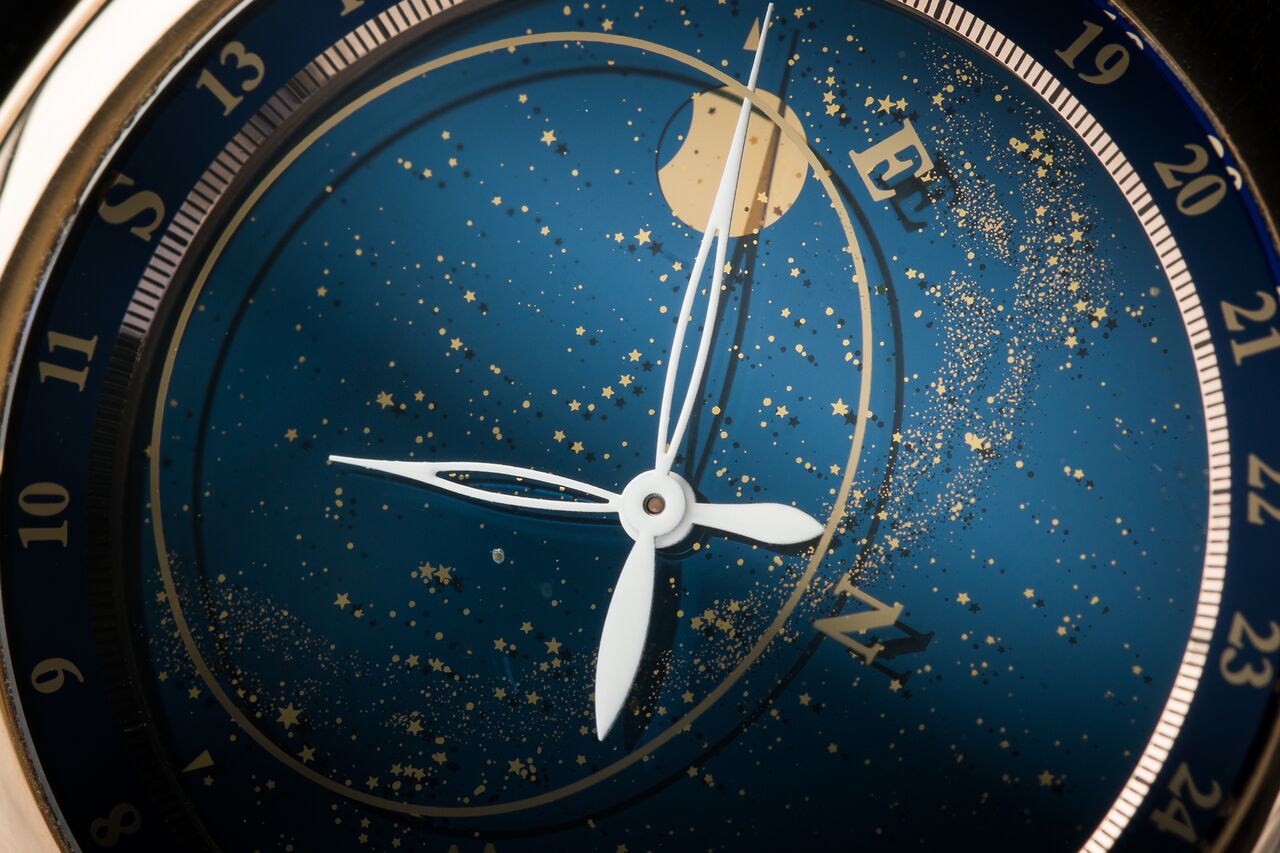 Due to the two dials, another important element of this watch is hidden from sight: the one-minute tourbillon. Patek Philippe went to great extent to make this watch as accurate as possible and adjusted the rate so that it runs with only a very slight variation of -2/+1 seconds a day. An extraordinary accomplishment of any watch, yet especially for one with so many complications, among them a minute repeater. 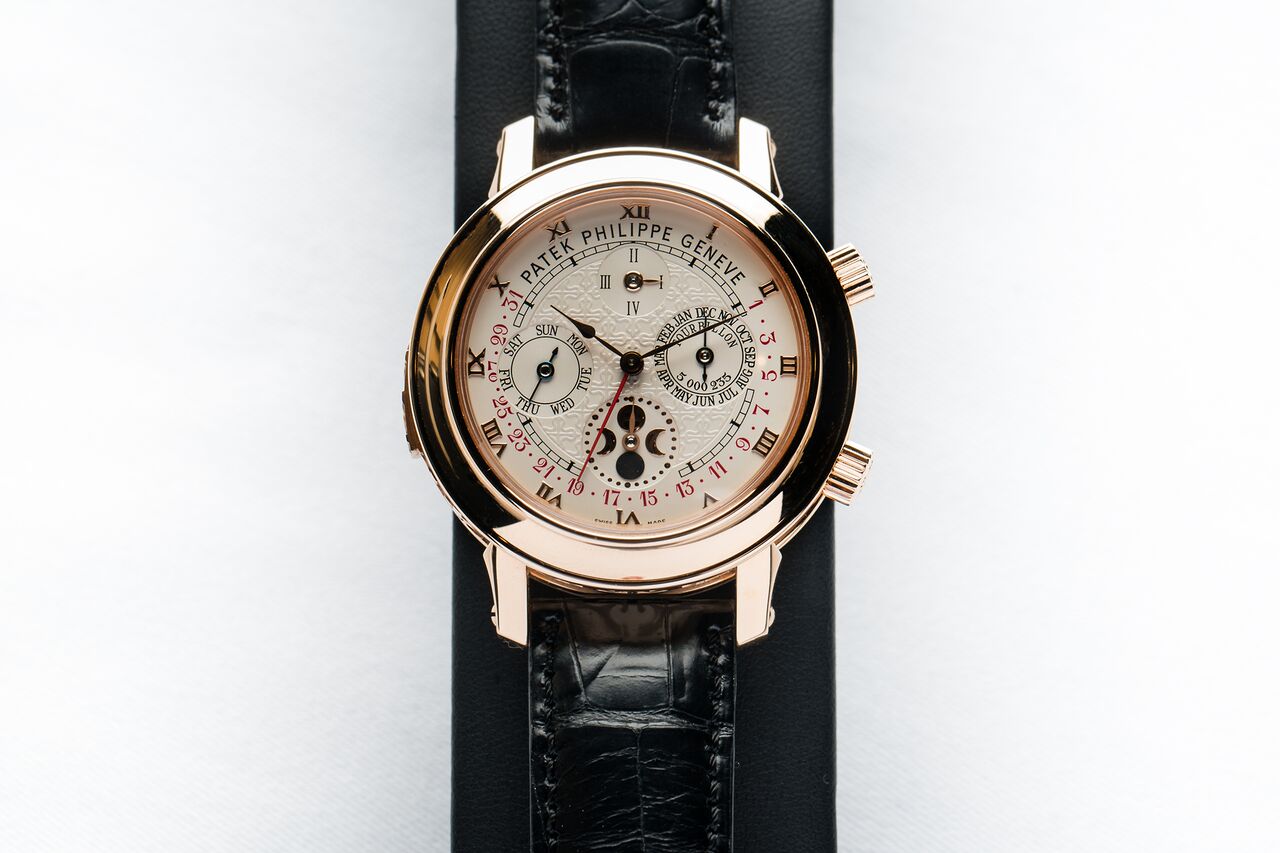 Despite being in production for ten years, the complexity of the watch made it that only about ten of them were made each year, making the total output around one hundred watches. These watches are also divided over the different precious metals it was made it, making them very rare, and very collectible.

The Urwerk Work: 20 Years Of Innovation Put The ‘Work’ In “Urwerk’