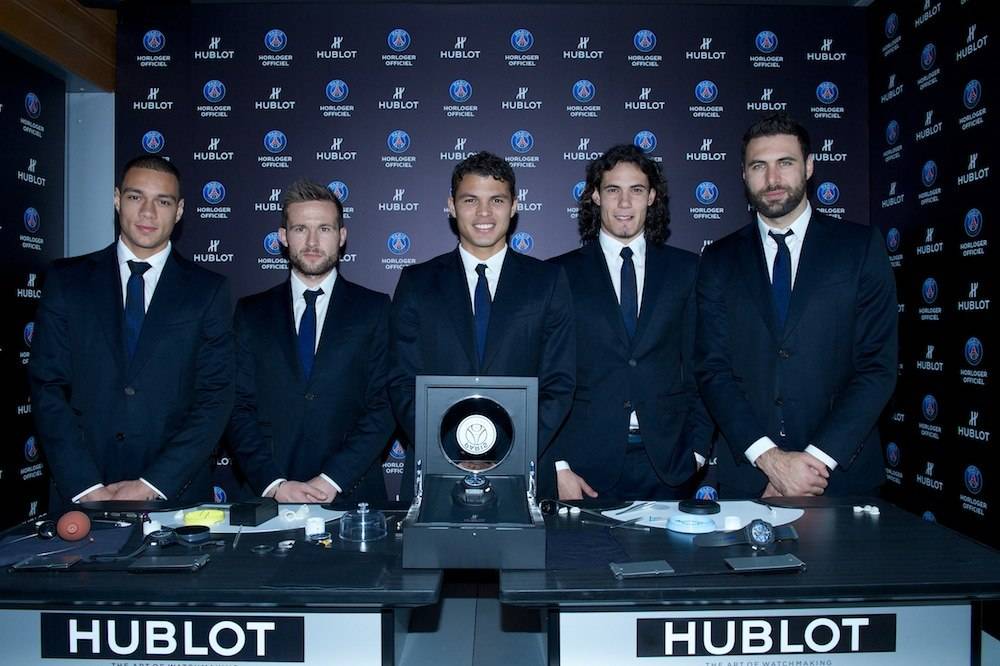 Luxury watchmaker Hublot has unveiled a new timepiece dedicated to the world of sport. The King Power Paris Saint-Germain honors the manufacture’s partnership with the legendary football (that’s soccer for those of us stateside) club, which began in in September 2013. 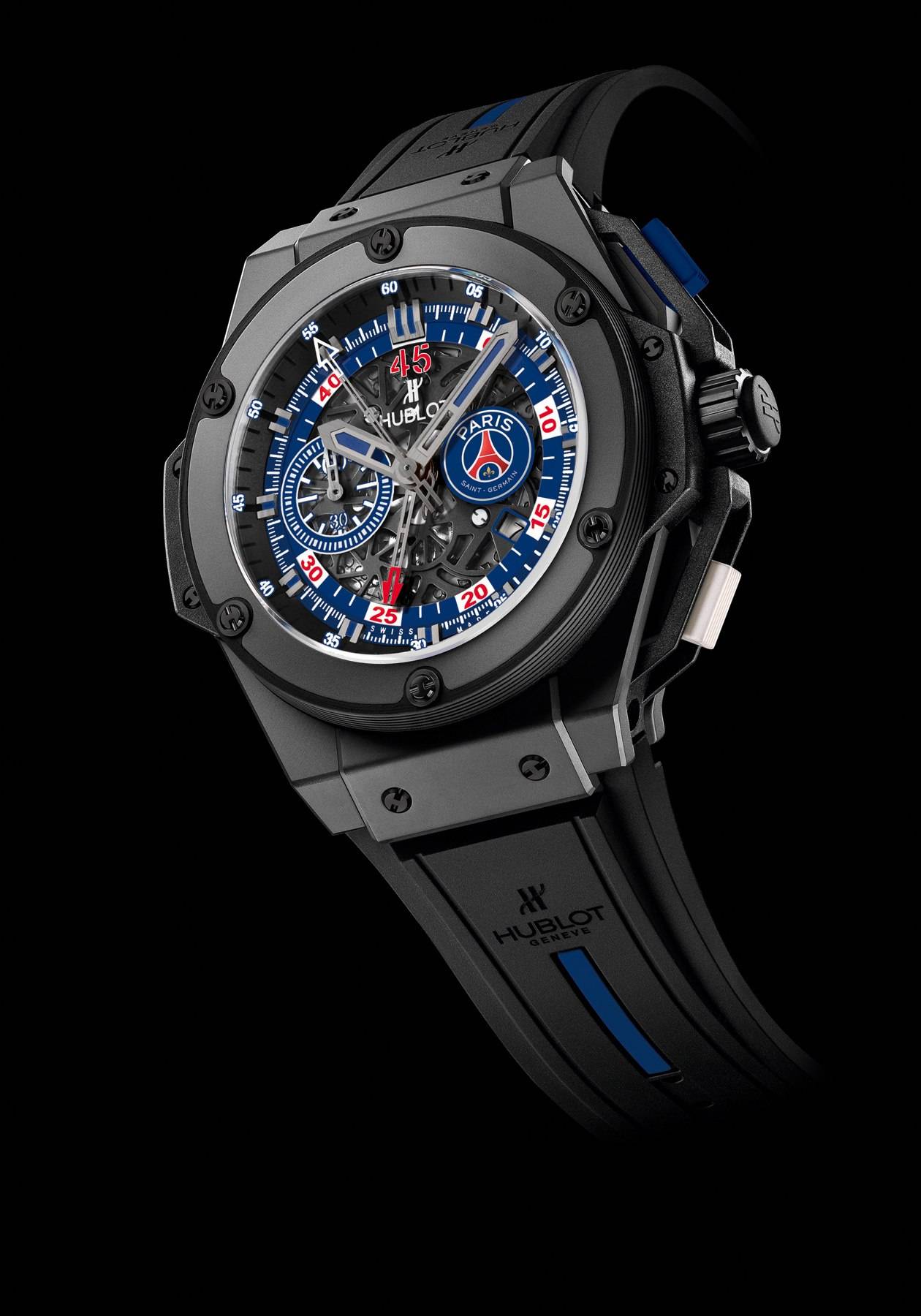 The new King Power Paris Saint-Germain, which will be the club’s official watch, features a 48mm black ceramic case and bezel, a titanium and black rubber crown, and titanium pushpieces with blue and white rubber mouldings, one of several nods to the colors of the French team’s national flag. The openworked dial features hours and minutes, a central chronograph hand for the seconds, and a central hand for the 45-minute chronograph (a football game is 90 minutes long, and is played in two 45-minute halves). There is also a date window at 4 o’clock, small seconds at 9 o’clock, and a Paris Saint-Germain logo at 3 o’clock. It is completed by a black rubber strap with a central blue line inspired by the Paris Saint-Germain graphic charter.

Only 200 numbered pieces will be produced, and each watch will come with an official Paris Saint-Germain shirt signed by all the players.

The King Power Paris Saint-Germain was unveiled today at the Ooredoo training centre. A number of PSG’s players were on hand, including Edinson Cavani, Thiago Silva, Yohan Cabaye, Gregory Van Der Wiel and Salvatore Sirigu, who took part in a Hublot Watch Academy workshop, with assistance from a professional watchmaker. In addition to the watchmaker, a Hublot cow and Alpine pasture-style decorations were brought in to give the unveiling event a Swiss flavor. 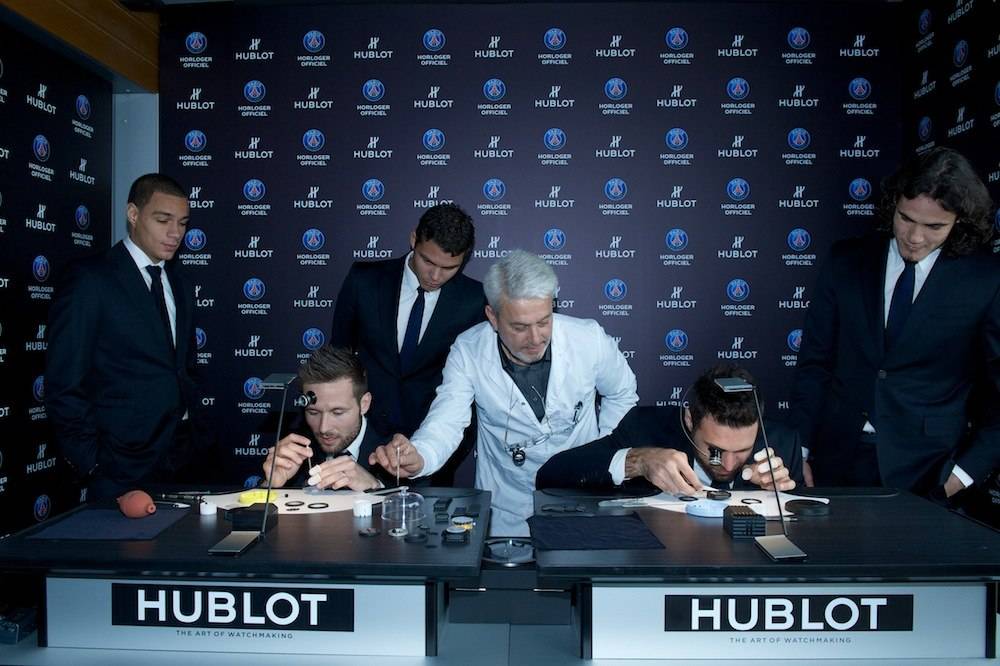 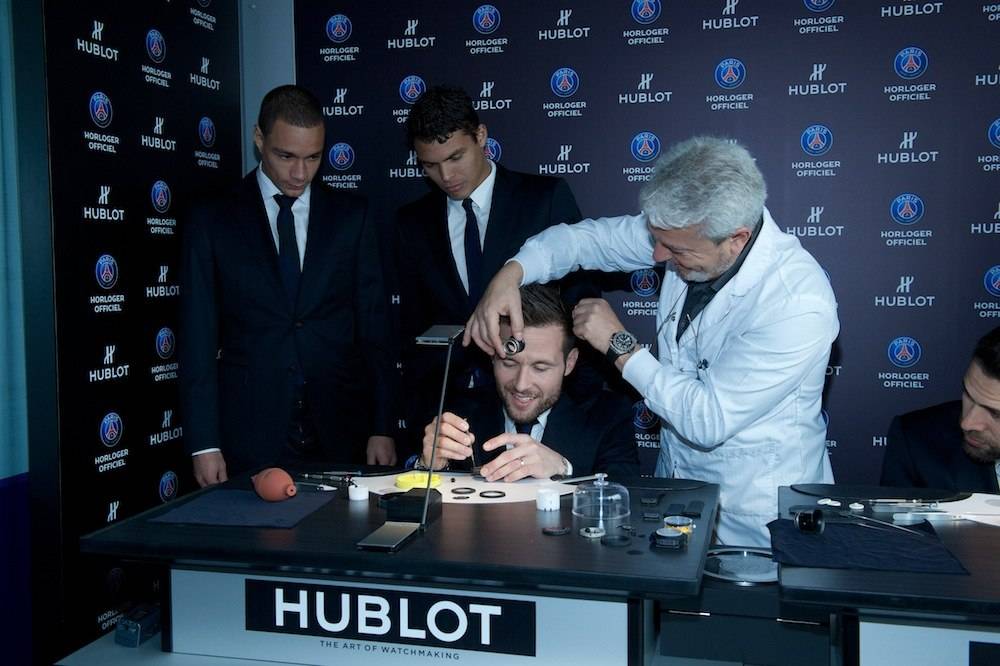 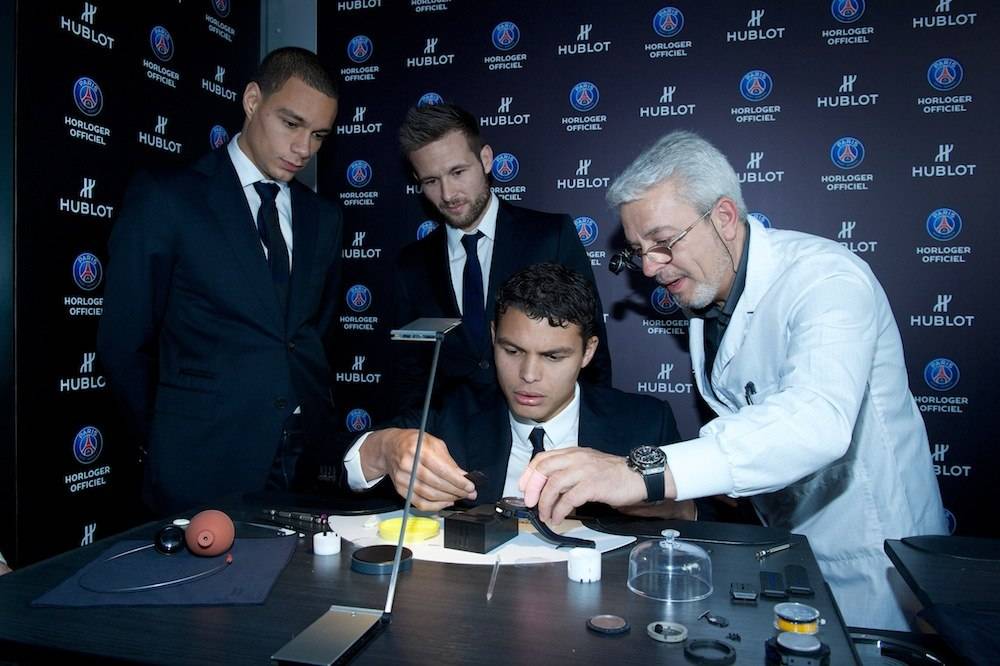 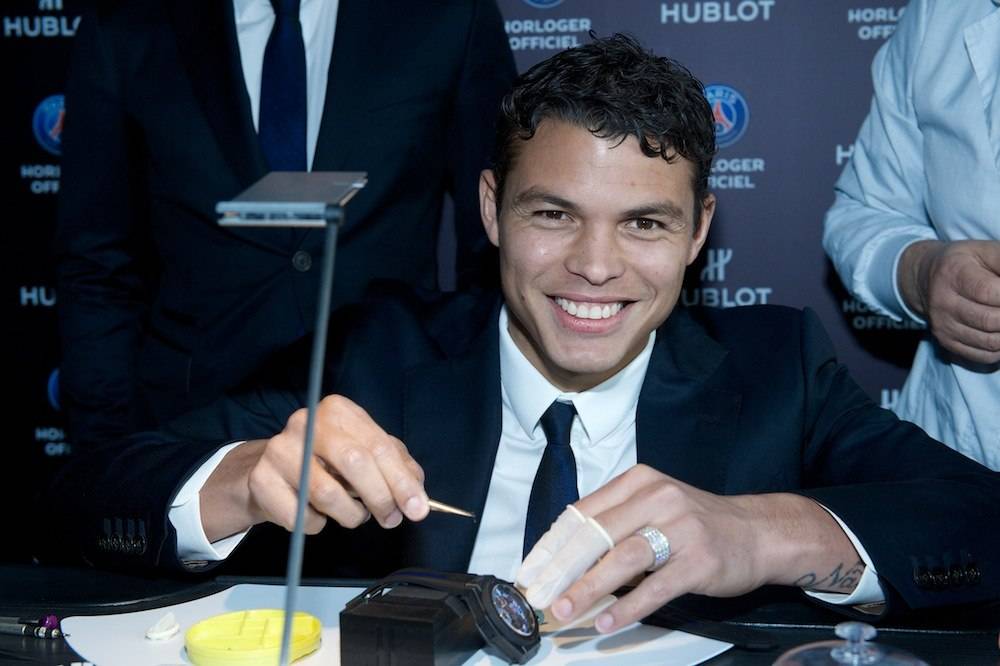 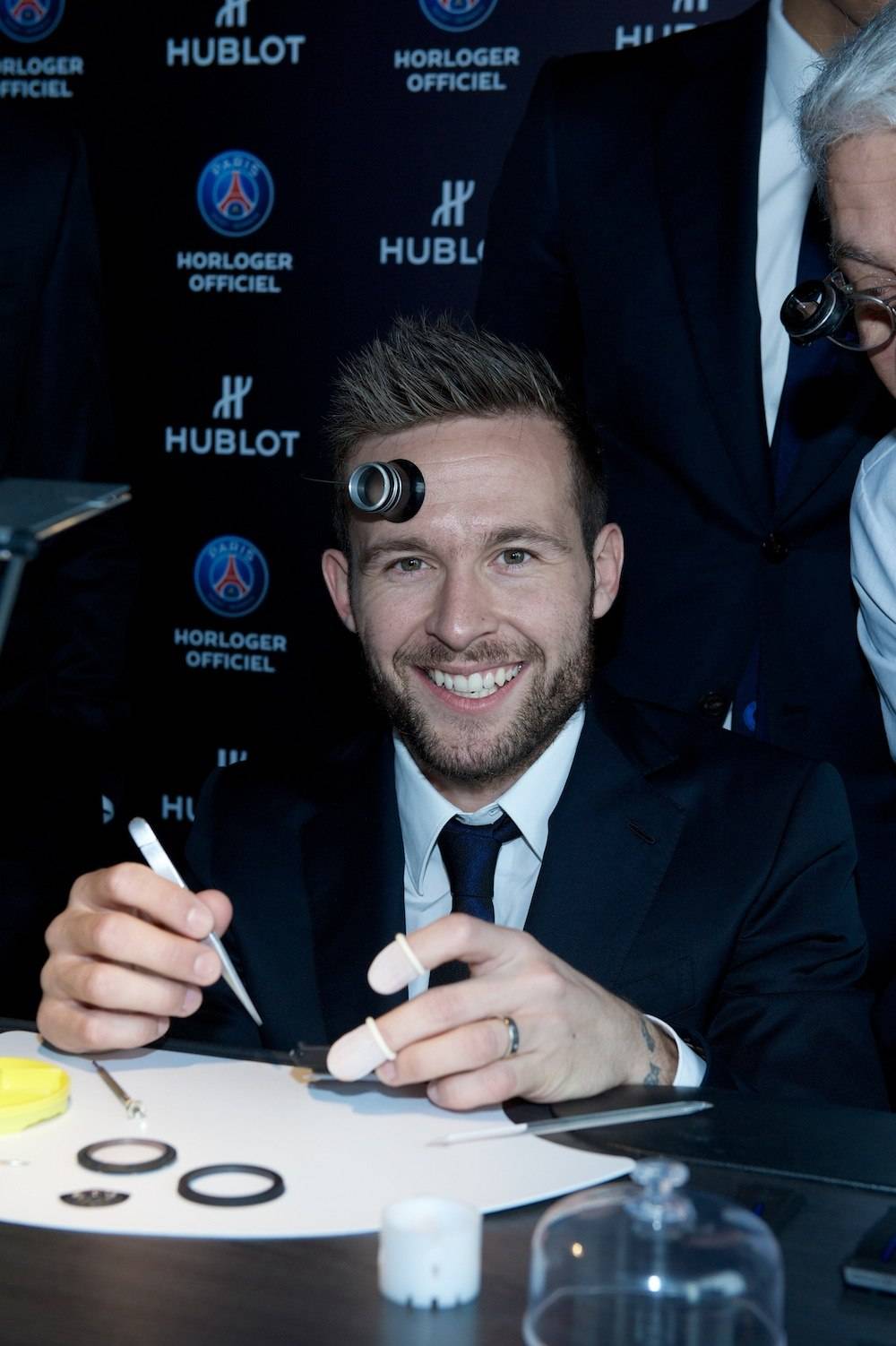 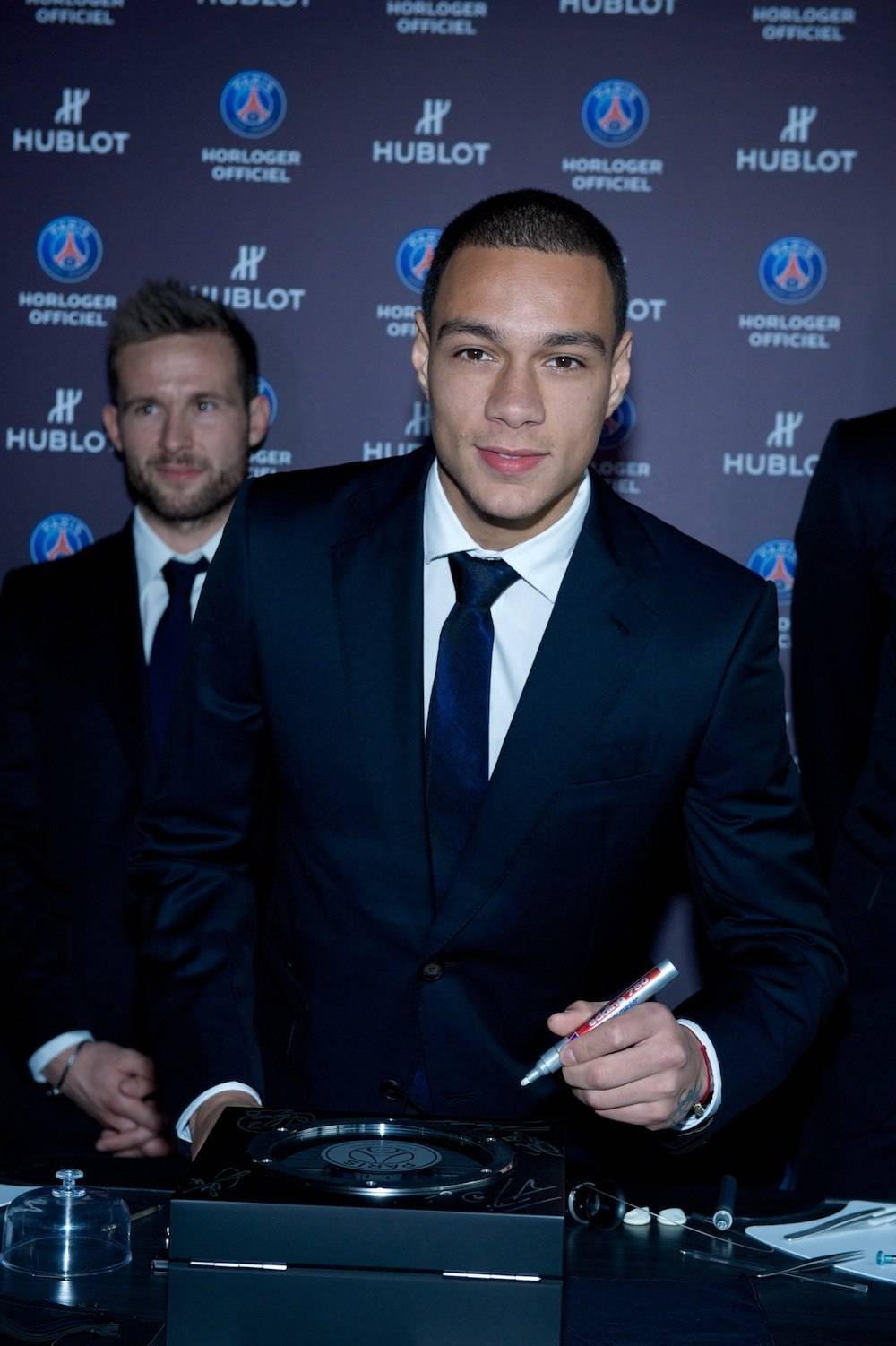 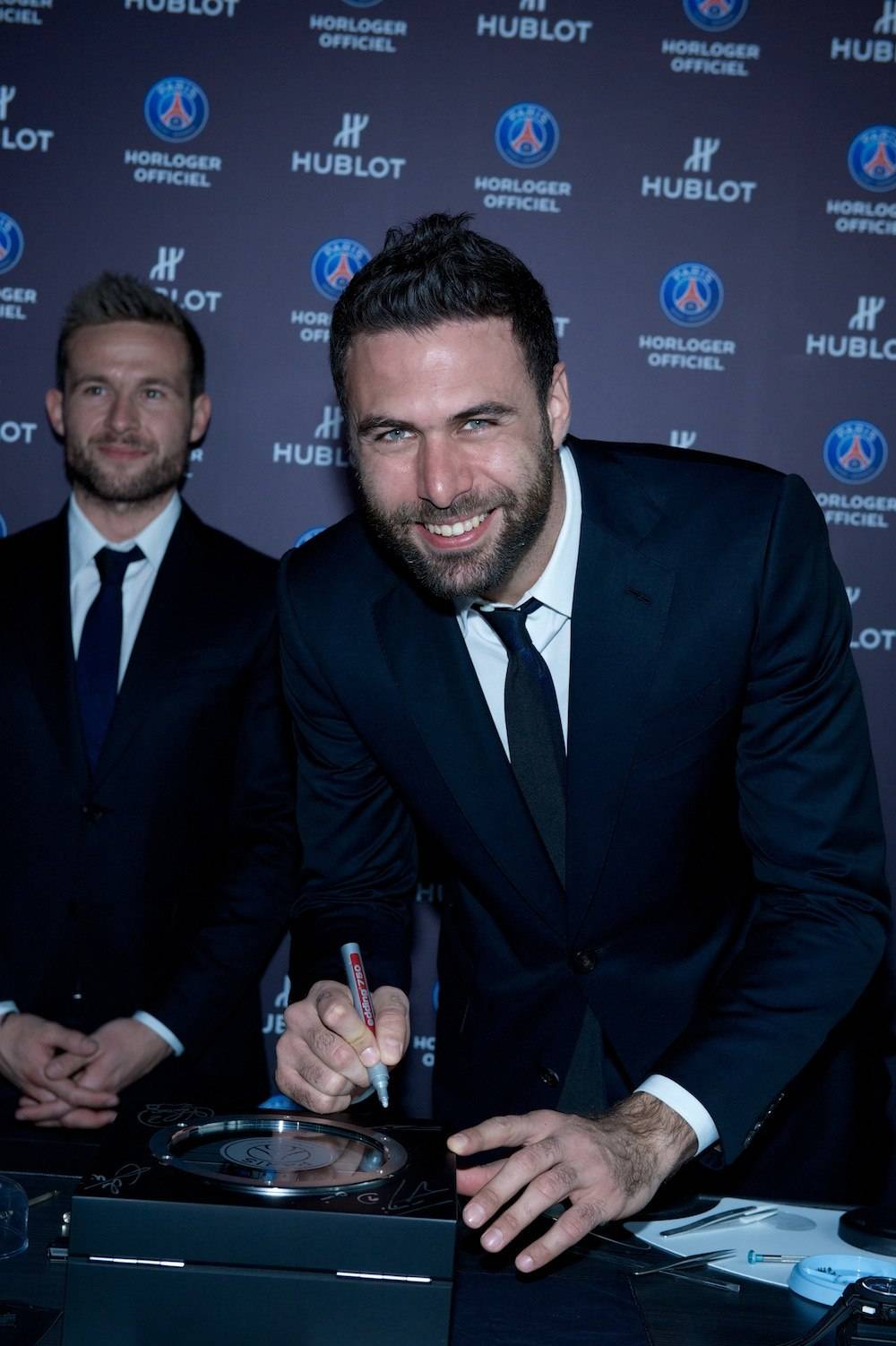 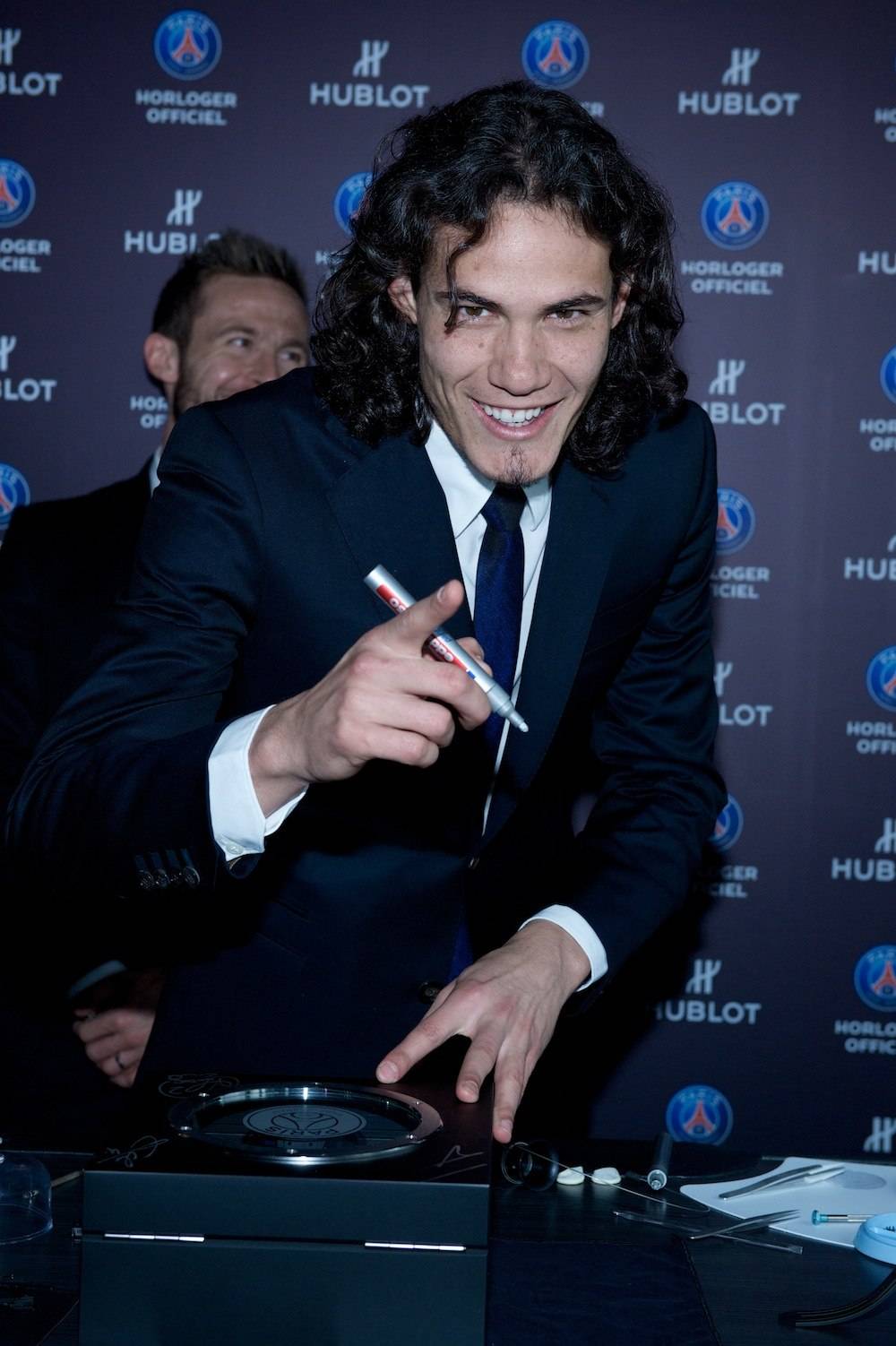