At Basel World, I got the opportunity to sit with Michele Sofisti, CEO of Sowind Group. As Haute Time readers know, PPR recently purchased a controlling stake of Sowind Group and Michele is now in charge of running the brands Girard-Perregaux, JeanRichard, and Gucci Timepieces.

Haute Time wanted to take the opportunity to sit down with such a esteemed leader who has a great eye on the luxury watch market. There are also some very interesting things going on at Girard Perragaux that I wanted to discuss with him, including the hiring of Mike Margolis from Hublot as their North America President.

When asked about the future of the company, now that they acquired such a powerful partner in PPR, Michele’s said they have many programs in the works, including the introduction of new products and the addition of legendary watchmaker, Dominique Loiseau, to its manufacturing team.

Loiseau’s arrival alone makes them a major player in the industry. They also plan to get more involved online with new web presence, social media and will focus on growing the brand through a number of events, similar to what Mike did at Hublot that brought the brand so much success.

Michele believes it is important for people to understand the Girard-Perregaux brand better, along with its strong history in luxury. 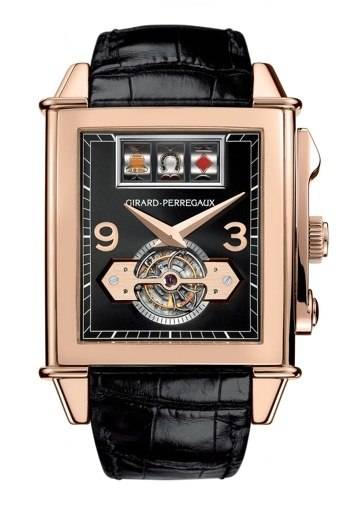 “We are talking about a brand that has been around for 221 years,” he said point blankly. “This brand has a serious heritage and with our recent collaboration with Dominique, this is going to hopefully show our growth for the future.”

When we asked Michele Sofisti about the hiring of Mike Margolis to run the U.S. market, he seemed very positive about this decision.  He stated the U.S. market is still one of the most important markets for the luxury watch business, even over Asia, as he feel most of his U.S. partners are very passionate about the watch industry, in particular, the luxury sector. Something very powerful he mentioned was that if you are successful in New York, you can pretty much count on being successful in many markets around the world. With that statement, he feels Mike is one of the most passionate people in the watch industry today and the best choice to grow the brand in the United States.

In addition to their boutique on Madison Avenue in New York City, Michele says over the next few years it will be very important for the brand to grow with their current co-op partners and grow new partnerships in new markets. New York is very important to the company’s vision but reviewing new markets will be a major goal.

In regards to buyers, Michele described them as ” global” and coming from everywhere. Asia is giving strong results but Latin America is also experiencing a huge growing market. Many countries are showing huge potential and the company is very interested in growing in the Americas, from Canada down to Latin America.

In terms of competing with newer and other popular brands in the market, Michele stayed mum on the details of their game plan but they are definitely going to be very aggressive in growing in the luxury market. Their goal is to bring the richness of the company to the people and educate them on the 221 year old brand.

While the stock market is up and the economy is getting better, Michele said he doesn’t run his business on that up and down mindset. He feels that he needs to execute what the brand has been doing successfully for the past 221 years and be more aggressive to grow with new technology, great watch pieces, and more.

I couldn’t help but ask which watch Michele wears daily and although he stumbled at first to come up with one answer, he said his favorite watch during the day is the Chronograph WWTC, in a steel version with a white face. He said he really loves to wear the watch during the week and on the weekends because it is great for sports and on the beach. 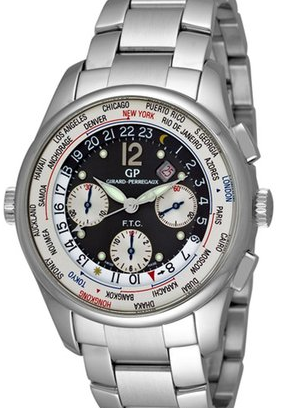 When I asked if money was not a concern, which watch would he recommend to a consumer he said most of his watches in the tourbillon division are very special, including the Minitue Repeater recently launched at SIHH. 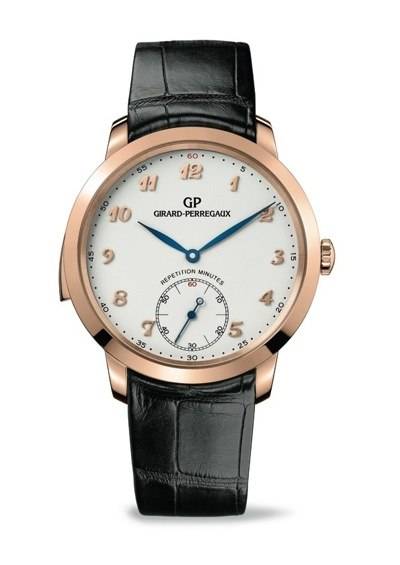 In the end, it was a honor to get an insight on the watch industry from such a luxury leader. He has a real pulse on the market and is making some interesting moves that will really benefit the brand and continue their rich 221 heritage.