During Basel World I got the chance to sit down with another powerful man in the watch industry, Maximilian Büsser.

Maximilian Büsser is the creator of Maximilian Büsser & Friends, also known as the MB&F watch brand. My meeting with him was one of the most exciting all week. His company is very unique and all his watches, priced at $100,000 and up, are designed “outside the box.” On the MB&F website, the brand refers to itself as a “creative label.” Maximilian says it is not actually a brand at all, but a loose collective of artists that get together every year and create what they call “horological machines.” His company’s philosophy is to deconstruct existing movements and reconstruct them as 3-D machines.

In our meeting, he showed me a number of MB&F products. He introduced me first to the Legacy Machines, based on an idea of what they would have created if they lived 100 years ago.  He explained that the 19th century was the era of the first flying machines and skyscrapers and everyone was crazy about the idea of defying gravity. He realized that nobody had ever done a flying balance wheel, which is a suspended balanced wheel floating on top of the dial. 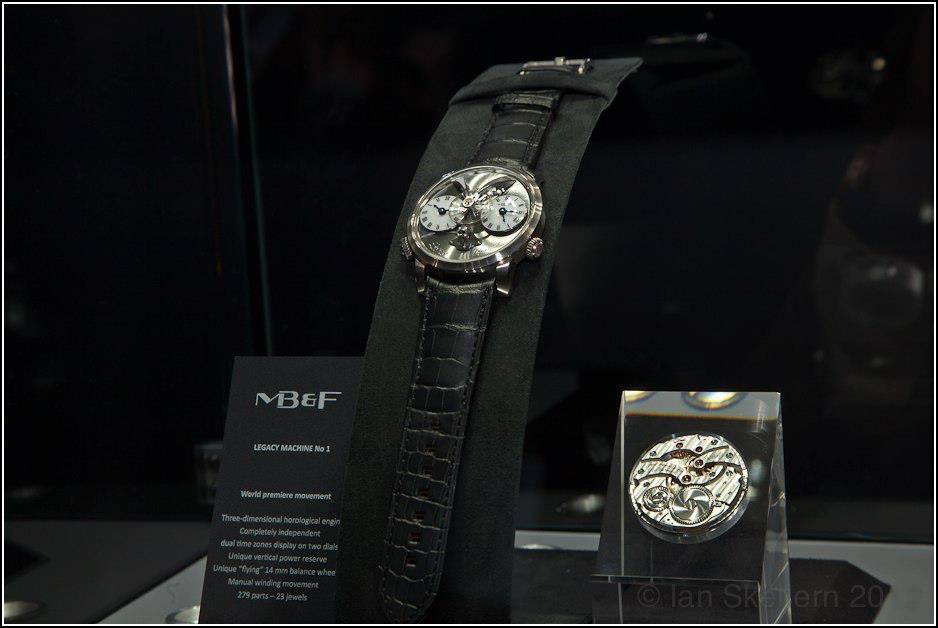 The watch was created with two different time zones, with one balance wheel and at the 6:00 point is the first and only vertical power reserve on a watch. The new movement designed for the LM1 comes from Jean-François Mojon while the finishing on the LM1’s caliber was designed and completed by Kari Voutilainen, unquestionably one of the watch world’s greatest craftsmen. Maximilian even calls him a “living god” in the watch industry. The Legacy Machines are priced at $93,000 Swiss Francs, with only 30 red gold and 30 white gold pieces crafted per year.

Maximilian and I then moved on to discussing one of the coolest watches on the market, the horological machine known as the “Thunderbolt.” The Thunderbolt is something I have seen many times but never touched before. The idea behind the Thunderbolt came from his younger self who was very into crafting airplanes. The watches have a really cool WW2 pinup feature that is actually micro drilled into the watch, giving it complete character. The movement, made of over 311 parts, took more than three years and a couple million dollars to develop. The watch has one crown that winds the engine up and another crown that changes the time. Watching the timepiece in real time,  I was amazed at the technology. The movement of this piece is pure artwork. The back of the watch has one block of sapphire showing the inside of the watch which took over 185 hours, (nearly one month) just to connect the piece. 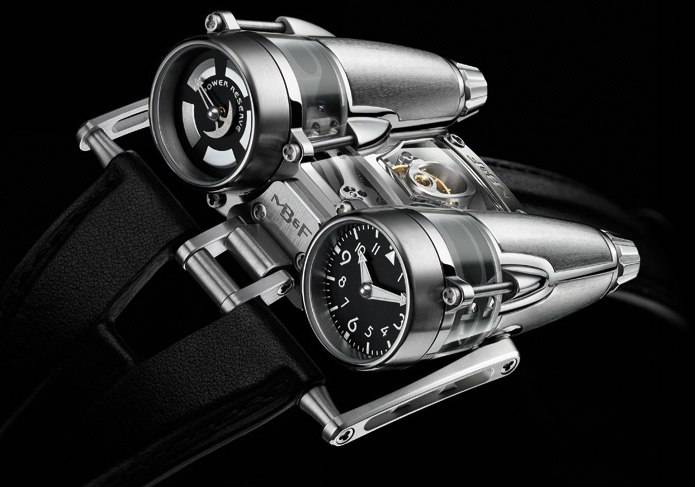 Maximilian also showed me the “Double Trouble” watch which, just like the name of a jet, featured two pin-ups. Priced at $220,000 US dollars, this work of art is definitely a collectors item with only eight pieces in the whole world. Check out the video of this rare timepiece below.

The last piece we discussed was the MB&F Frog, a little demented version of their #3, inspired by Tim Burton and the countryside frogs Maximilian remembers growing up. He describes the head of the watch looking like little aliens that would show up before they zapped everyone. With a video, he gave me a first look of how exactly the watch works, including the winding. One head of the watch houses a hour and the other is minutes in the face of the heads of the frog.

They craft about 10-12 pieces a year, out of titanium and sapphire. The movement has over 380 components and is truly a piece of art. Maximilian also showed me how the rotor of the watch was self winding when worn. Made out of 22k gold, with blue PV coating, the Frog is only $93,000, a great deal for this piece. 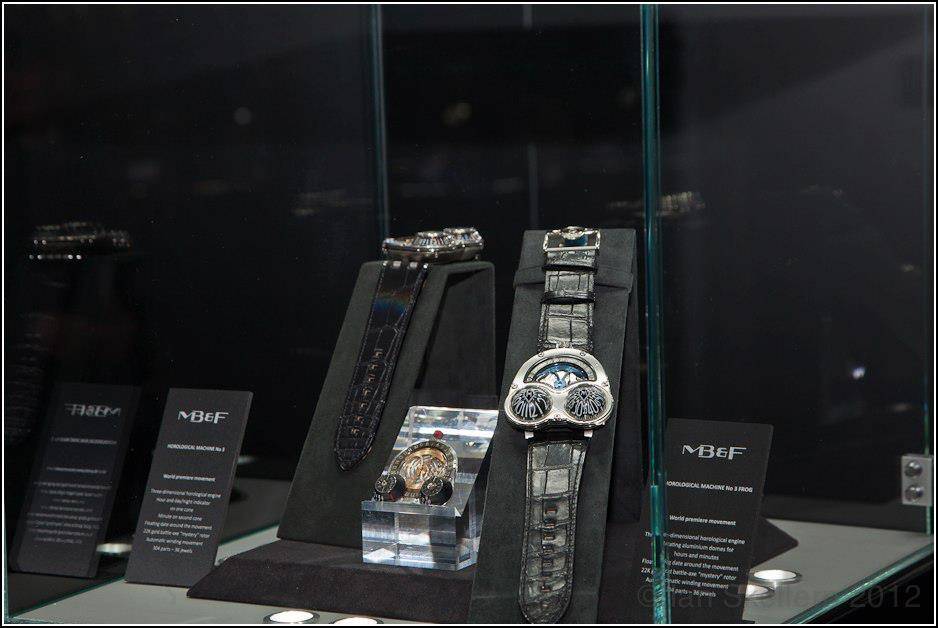 Maximilian told me he chooses to wear the Horological #3 watch daily, which is part of the frog category. The difference is that there is actually a hand going in hours and minutes, along with the date that is suspended on ruby pallets. It makes everyone wonder how this watch actually works. He took off his watch and put it on my wrist and I fell in love. One day, I definitely want to be a MB&F customer. 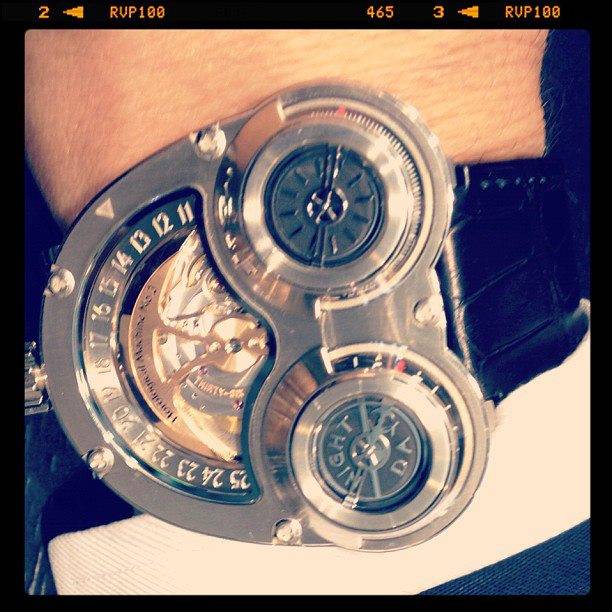 Maximilian has created his own niche in the industry. His watches are machines and because they are all limited editions, they can be collectors pieces. I am a huge fan of his brand and I was honored I got to sit down and meet with him today.