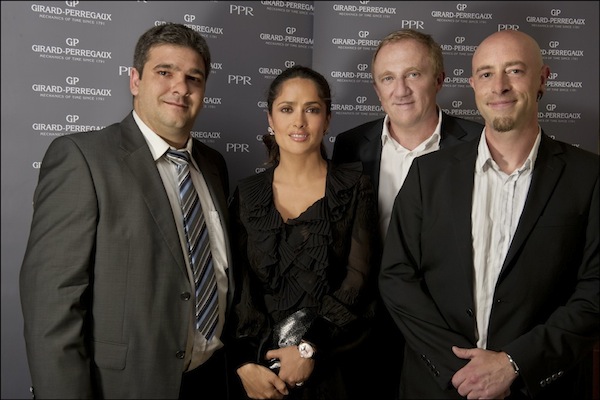 Yesterday, Girard-Perregaux celebrated young talent and its 221 year-history in the City of Light. Paris was a key stage for the Young Watchmakers Tour that began last May in New York and passed through Beijing in June, showcasing the young and creative artisans of the Manufacture.

Christie’s was the setting for the “The Art of Making Time,” an exhibition of exceptional timepieces from the Girard-Perregaux Museum at La Chaux-de-Fonds. Original creations by the Brand “pioneers” Constant Girard and Jean-François Bautte and more contemporary timepieces invited the visitor to embark on a journey through the evolution of watchmaking across two centuries.

The exhibit included a Girard-Perregaux presentation of its young watchmakers, the contemporary heirs to a noble line of master craftsmen. Several young watchmakers are featured in this Tour, three of whom were in Paris. The passion that drives them in their workshops each day is combined with other more personal interests that they pursue with verve. They are flamenco dancers, rock guitarists and alphorn players; rich and diverse personalities who guarantee the brand’s creative dynamism. These young talents are supported by Dominique Loiseau, an icon of Haute Horlogerie, who has partnered with Girard-Perregaux on several upcoming projects.

Girard-Perregaux has installed at Christie’s its workbenches and young watchmakers to provide all guests with the exhilarating experience of crafting a mechanical watch.

François-Henri Pinault, CEO of the PPR Group, and Michele Sofisti, CEO of the Sowind Group (Girard-Perregaux and JeanRichard) opened the exhibit to a crowd of over 300 VIPs including actress Salma Hayak.

OMEGA Celebrates Its 50th Anniversary With A Star-Filled Event