This week in Worn By Women, we met up with Maria Santillana, the Marketing Manager of Audemars Piguet in London. One of the reasons women turn to men’s watches, explains Maria, is the opportunity to own a timepiece that was created with specific design codes in mind, instead of one that was adapted for them. 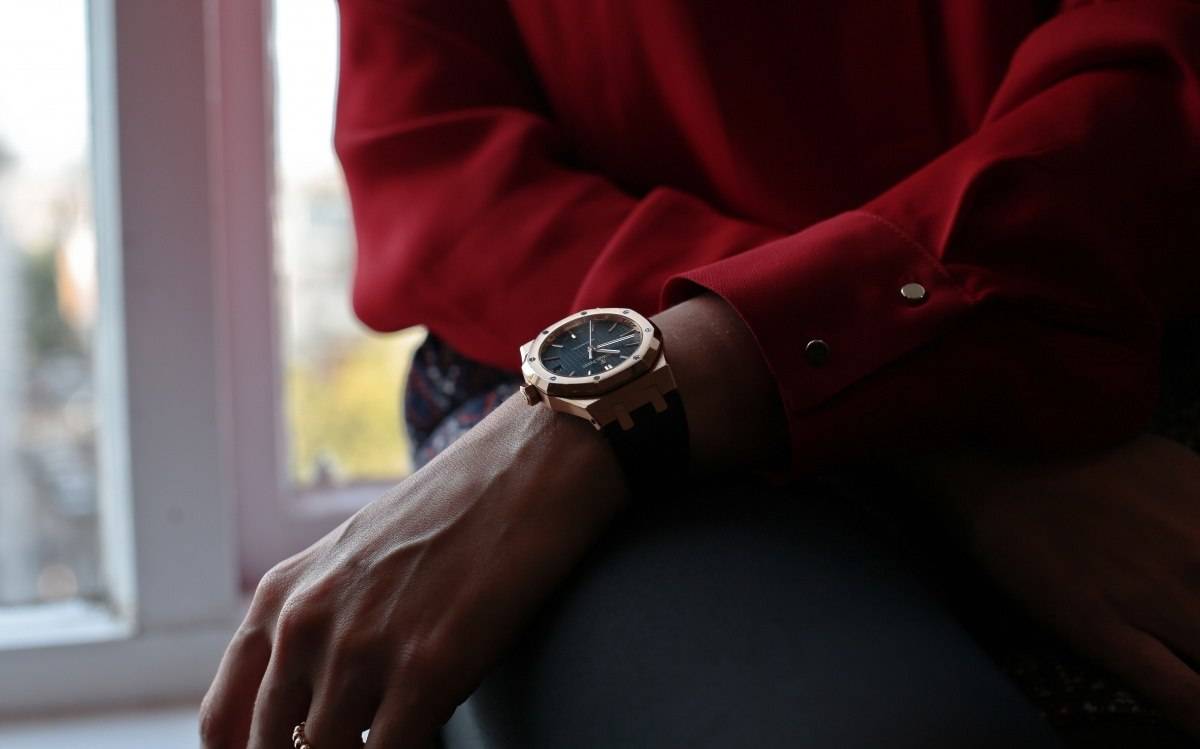 And when it comes to iconic designs, you don’t get many better than Gerald Genta’s octagon-shaped Royal Oak, which gave the 20th century the first high-end sports watch, and turned the independent brand into one of the most relevant in the industry. Audemars Piguet has introduced several iterations of the Royal Oak since it debuted in 1972, including Lady Royal Oaks, but Maria’s model of choice is the Royal Oak Ref. 15450, launched at SIHH two years ago. 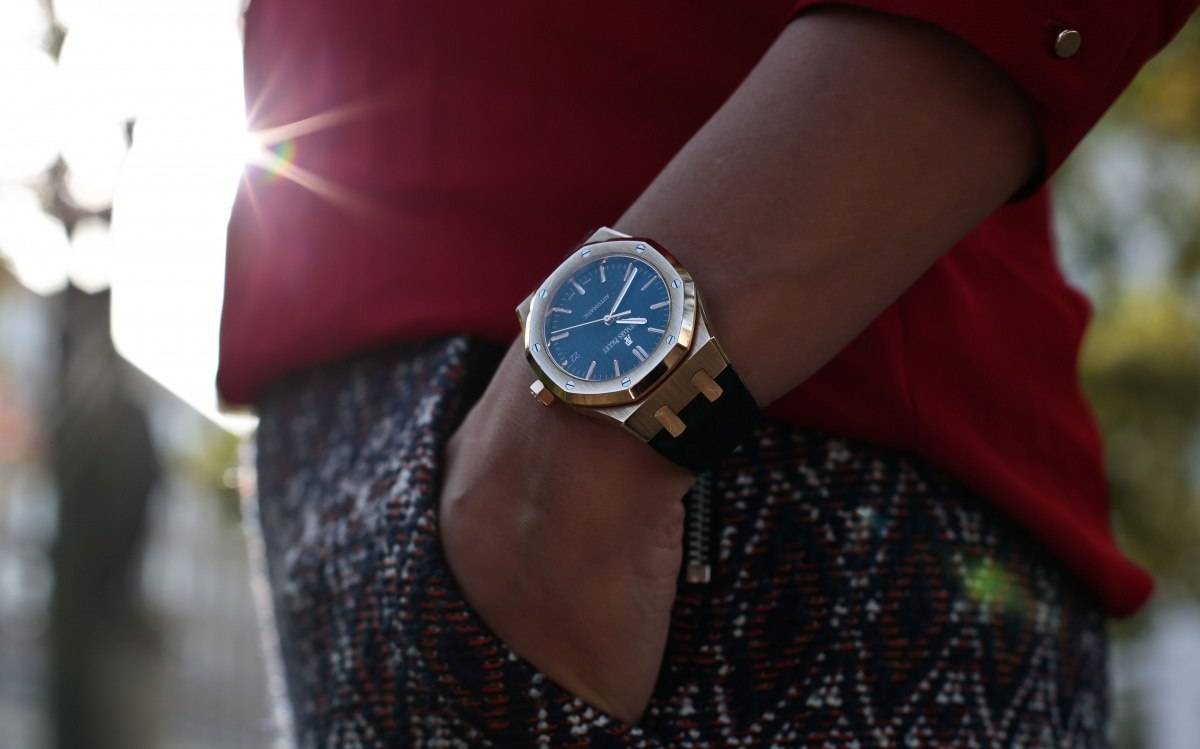 The watch she says, is a “fantastic daily wear.” Strong enough to weather the daily grind, but elegant enough to wear on a night out in London. Presented in an 18-carat pink gold case, it features the brand’s signature “Grande Tapisserie” pattern, with pink gold applied hour-markers and Royal Oak hands with luminescent coating. 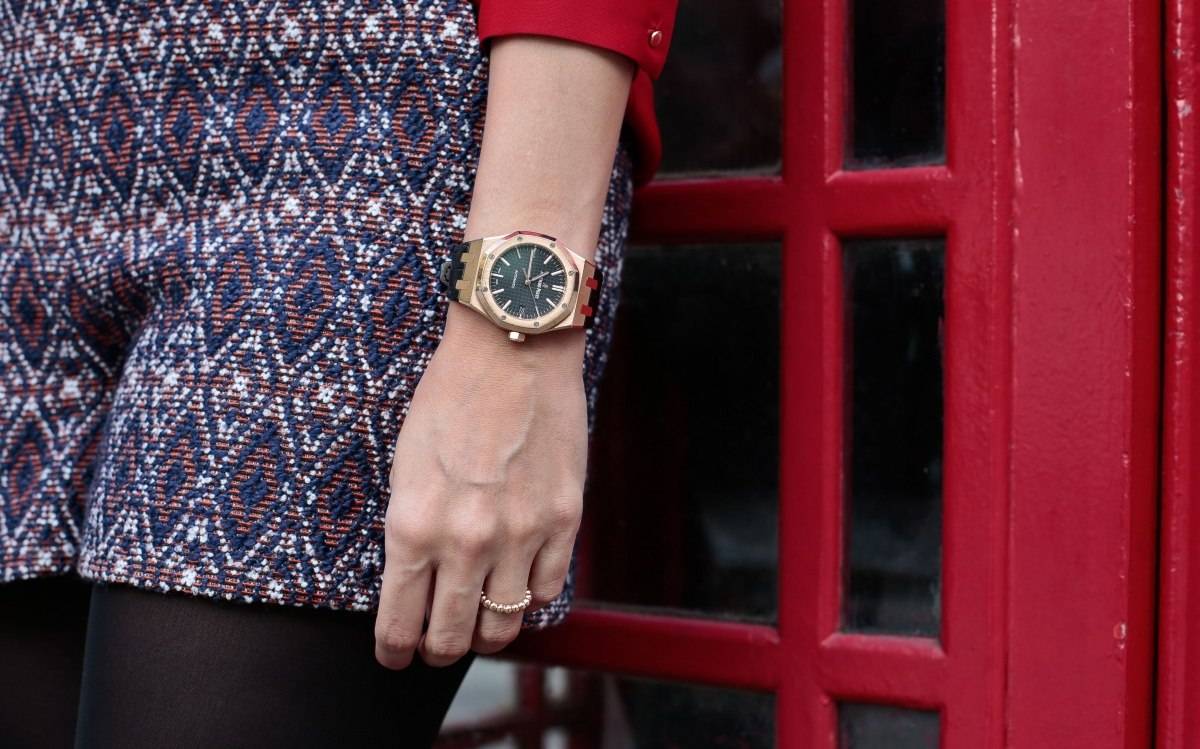 Those who want a true Royal Oak could argue it should come in steel, and while we certainly wouldn’t stop you from exploring the entire Royal Oak line, there are a couple of reasons why Ref. 15450 seems like the best fit for women. 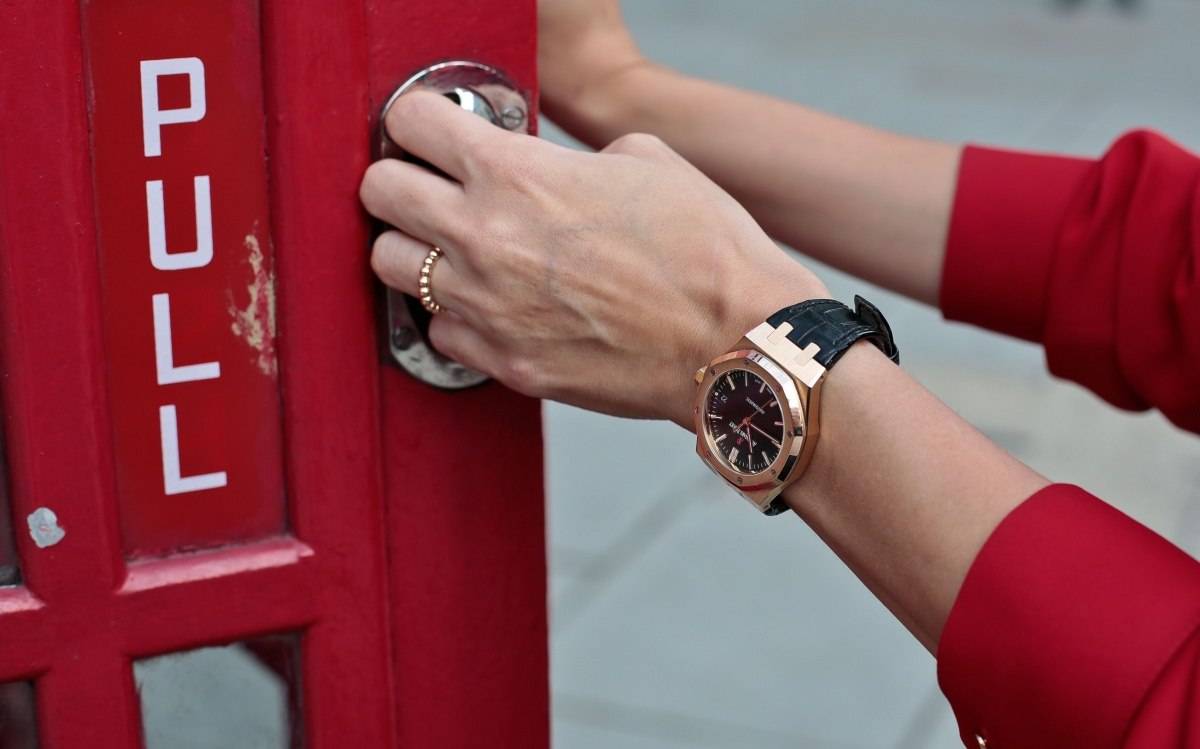 At 37mm, it’s one of the rare models from the line that re-imagined “sporty” men’s watches, that is versatile enough in terms of size for women to wear. For comparison’s sake you could look at Ref. 15300, which was released in 2006, and which also came in an 18-carat pink gold case with black dial and black strap. It’s only 2mm larger, but that’s enough to turn off those with smaller wrists. 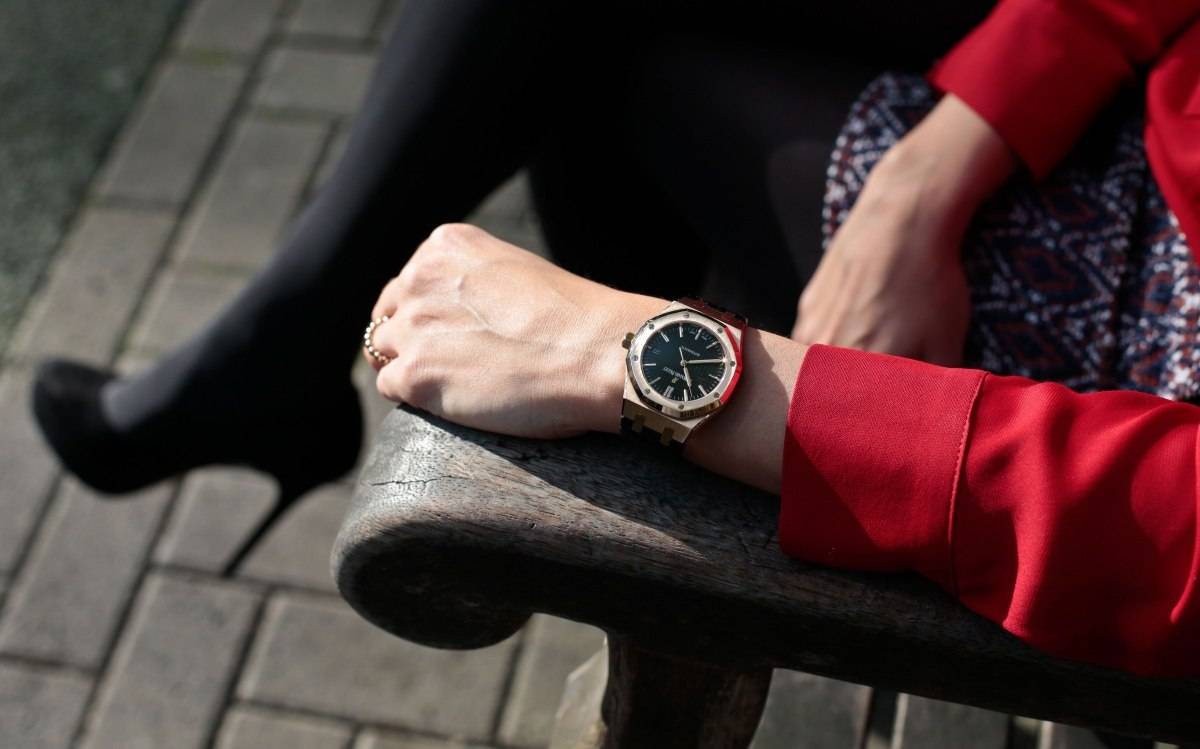 Second of all, its pink gold case and hand-stitched large square scale black alligator strap are more feminine and more comfortable to wear than the iconic steel models. I think you’ll find they also go better with jewelry. It’s still the same pedigree inside though, with the selfwinding Manufacture Calibre 3120 which boasts a massive 60 hours of power reserve.