With its Marine-collection has Ulysse Nardin created a very recognizable and refreshingly different watch with a nautical theme. It has been around now long enough to justify as a classic of its own, and the model forms one of the pillars of the brand. While the time-only is a very tempting watch, the chronograph offers just that added bit of dynamic that many watch connoisseurs appreciate so much. 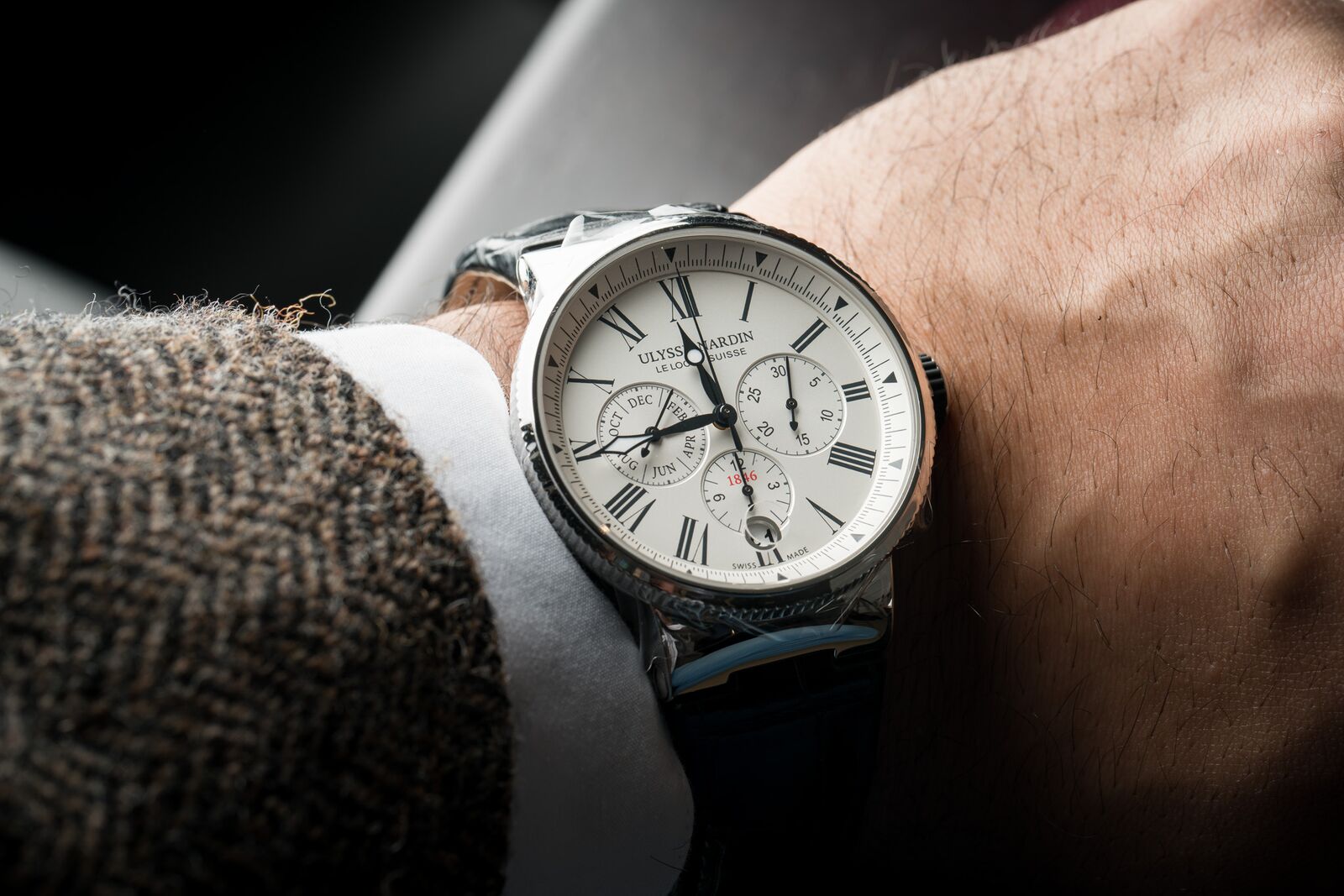 At first glance, it seems that Ulysse Nardin opted for a traditional tri-compax lay-out of the dial. While this is true, closer examination will show that the subdial for the running seconds, positioned at nine o’clock, also has the months indicated there. This is because Ulysse Nardin not only included a chronograph complication in this version of the Marine but an annual calendar as well. This means that if the watch runs continuously, the date only has to be manually adjusted in February of each year. 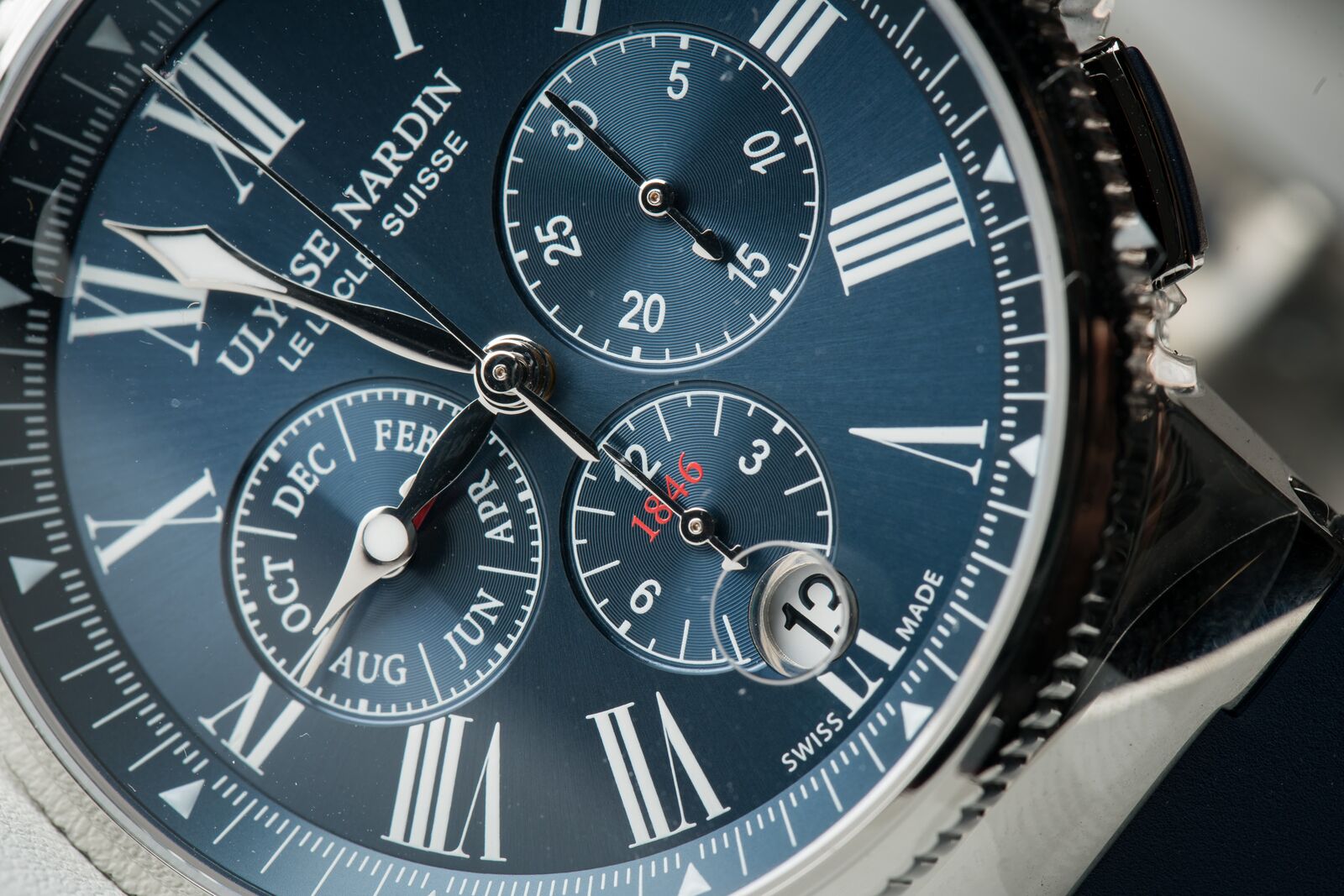 While the case is more classically styled than many other Ulysse Nardin, it is the dial with its Roman numerals that take this even further. The brand has always excelled in combining unexpected styling elements and create watches full of character with it. The Marine Chronograph is no exception to this rule because the combination of the case and the dial make it that the watch feels equally at home with a very sportive outfit, as combined with a suit. The chronograph pushers are placed very flush against the case, which is water resistant up to 100 meters. 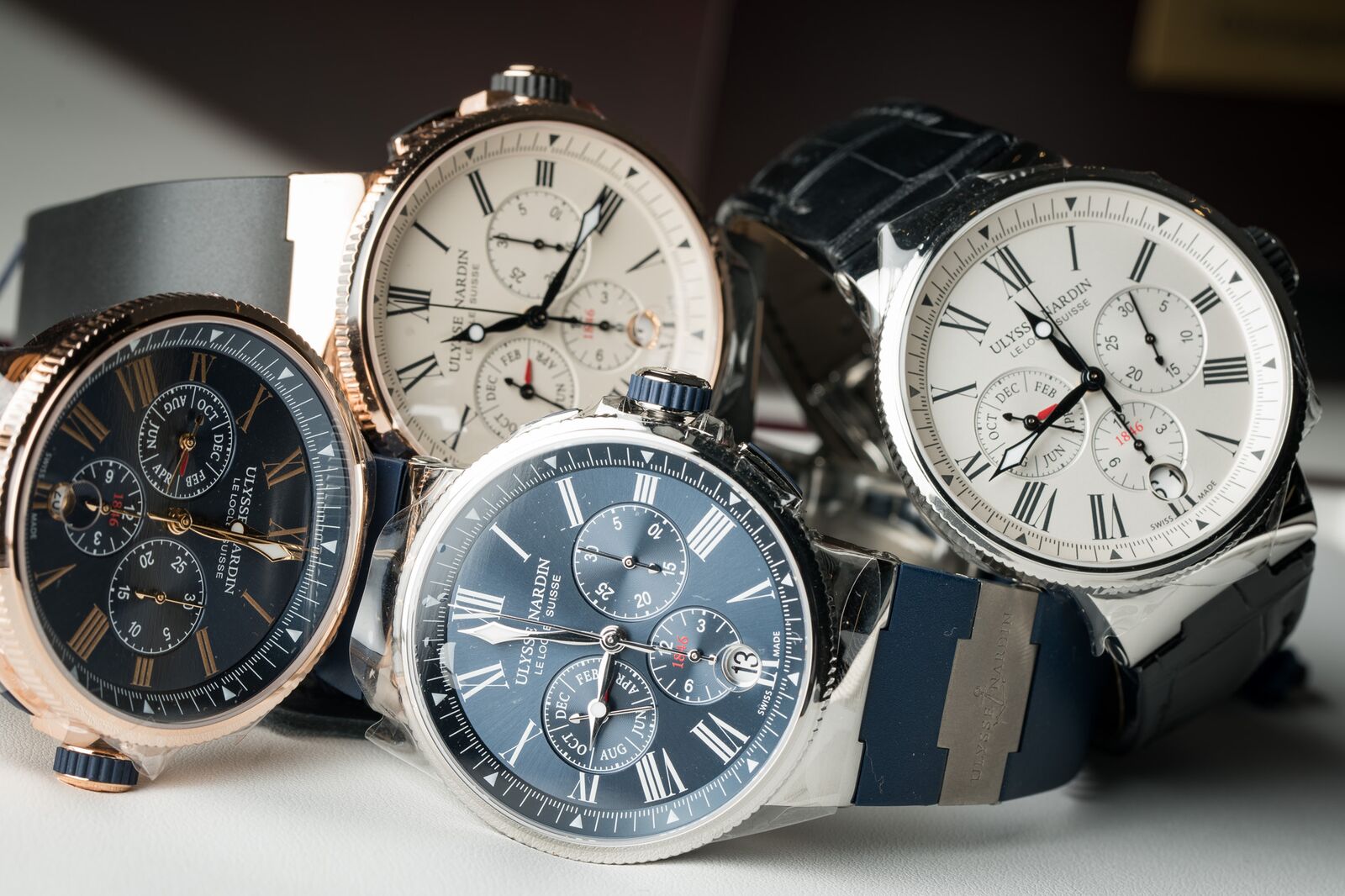 The practicality of the watch is further emphasized by the large hands which are filled with Super LumiNova, as well as by the small magnifying glass that is placed over the date function at three o’clock so that this feature can be read with ease. By offering the Marine Chronograph in various versions, has Ulysse Nardin created a very unique, characteristic watch, in the tradition of the Marine Chronometers that gave the brand its claim to fame all those many years ago.