Just a few weeks ago, the Tonda Chronor Anniversaire won the chronograph category of the 2017 GPHG, securing a double win for Parmigiani as the Toric Hemisphères Rétrograde brought home the prize for best travel time watch. For us an excellent excuse to have a closer look at the watch with which Parmigiani celebrated their 20th anniversary. 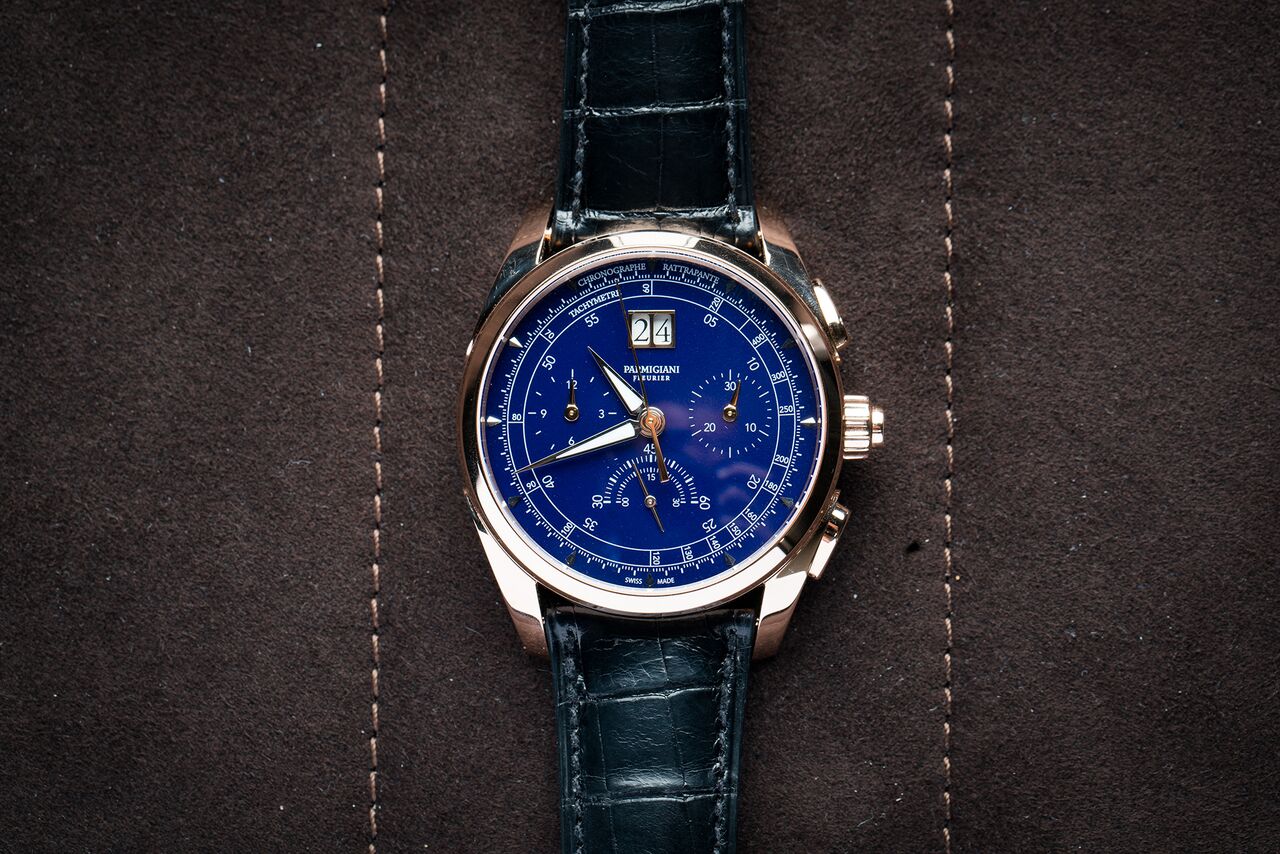 With a diameter of 42.1mm and a thickness of 14.6mm, the Tonda Chronor Anniversaire in an imposing watch, especially in 18K rose gold. It is not only the case that creates this effect, but also the large tear-drop styled lugs, which are set off against a grand feu enamel dial in deep blue. It is a very symbiotic contrast, as both materials truly seem to enhance to look of each other, and make them richer in appearance. 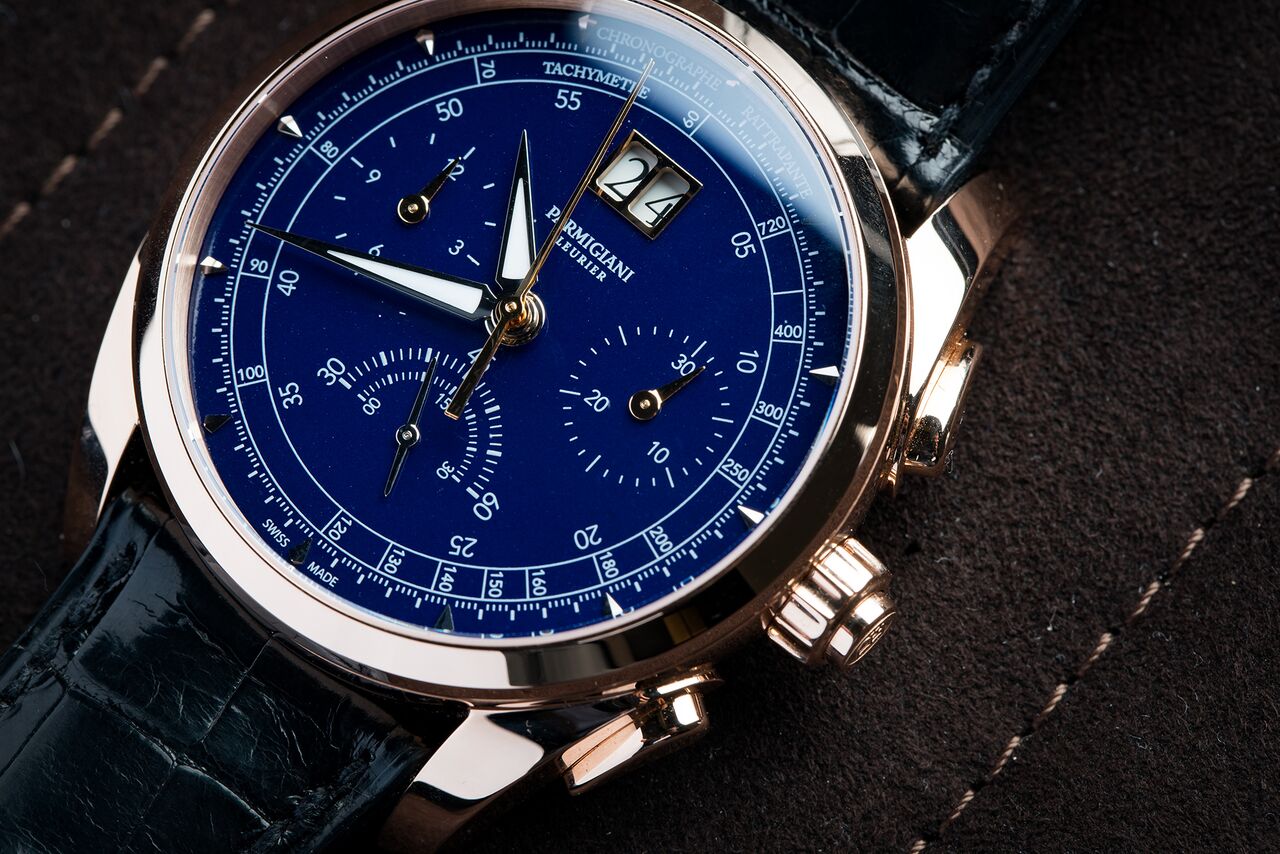 While looks help, with the Tonda Chronor Anniversaire is more than that, much more! It is equipped with Parmigiani’s new manufacture caliber PF361. Up until now, all the chronograph movements that Parmigiani created where a base movement, upon which a chronograph module was placed. Caliber PF361 is the brands very first integrated chronograph movement. In the world of watchmaking, this is one of the most difficult movements to construct, and of course, does Parmigiani opt the scales even further by equipping it with a split-seconds function, as well as a large date.

The Tonda Chronor Anniversaire runs at a frequency of 5 Hertz, which makes that it has 36,000 vibrations per hour, which allows for the chronograph to measure time with an interval of 1/10th of a second. This brings the Parmigiani among the likes of the Zenith El Primero, which also runs on this frequency. 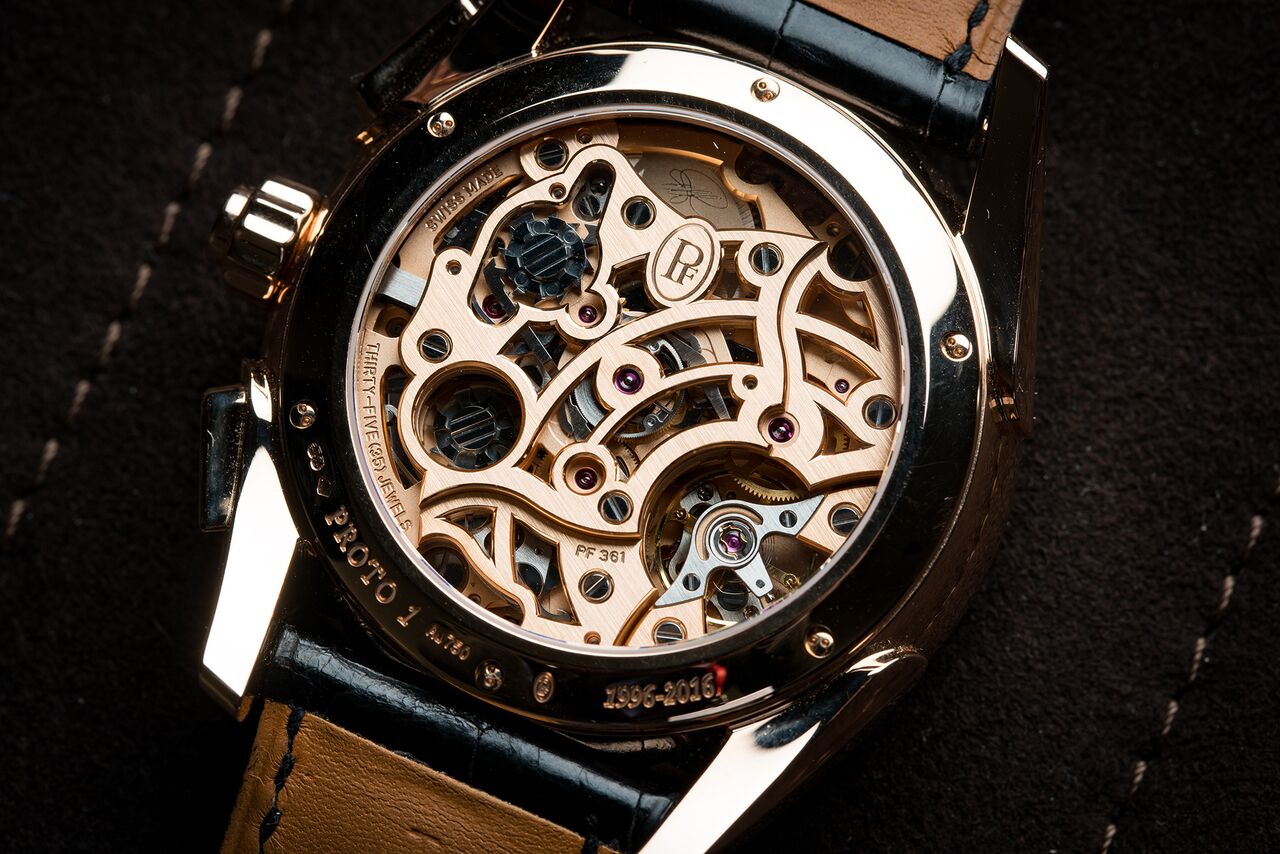 If the front of the watch is already imposing, the back is perhaps even more so, because there you see the craftsmanship of Parmigiani, not only in a technical sense but also in an aesthetic sense. Beautiful skeletonized bridges show off the complexity of the movement, with its two column wheels to support the split-second chronograph function and a full bridge over the balance wheel. For this anniversary model, the movement is crafted from gold, which makes it even more difficult to create. Gold is much softer, and therefore all the machines need to be recalibrated. The decoration of the movement also requires no less than 50 hours of work. 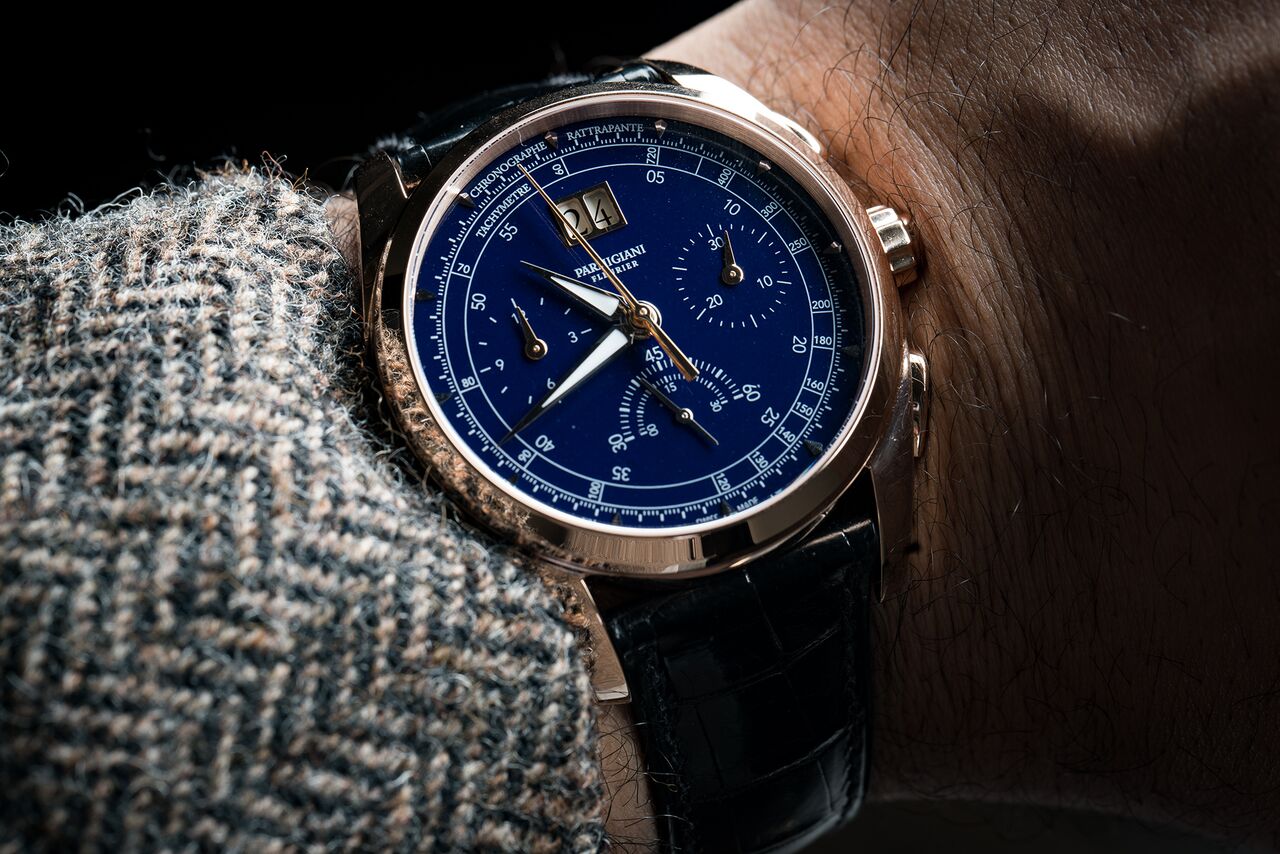 No wonder that this watch won in its category in the 2017 edition of the GPHG. Altogether, the Tonda Chronor Anniversaire is a stunning watch in its own right, powered by an exceptional movement, and a more than fitting way to celebrate Parmigiani’s 20th anniversary.