Most world timers are dream watches. Even when you are going nowhere, they allow you to image yourself in exotic places with just a glance at your wrist. The Geophysic Universal Time by Jaeger-LeCoultre is such a watch, and with its prominent world map, it is a true eye-catcher as well. 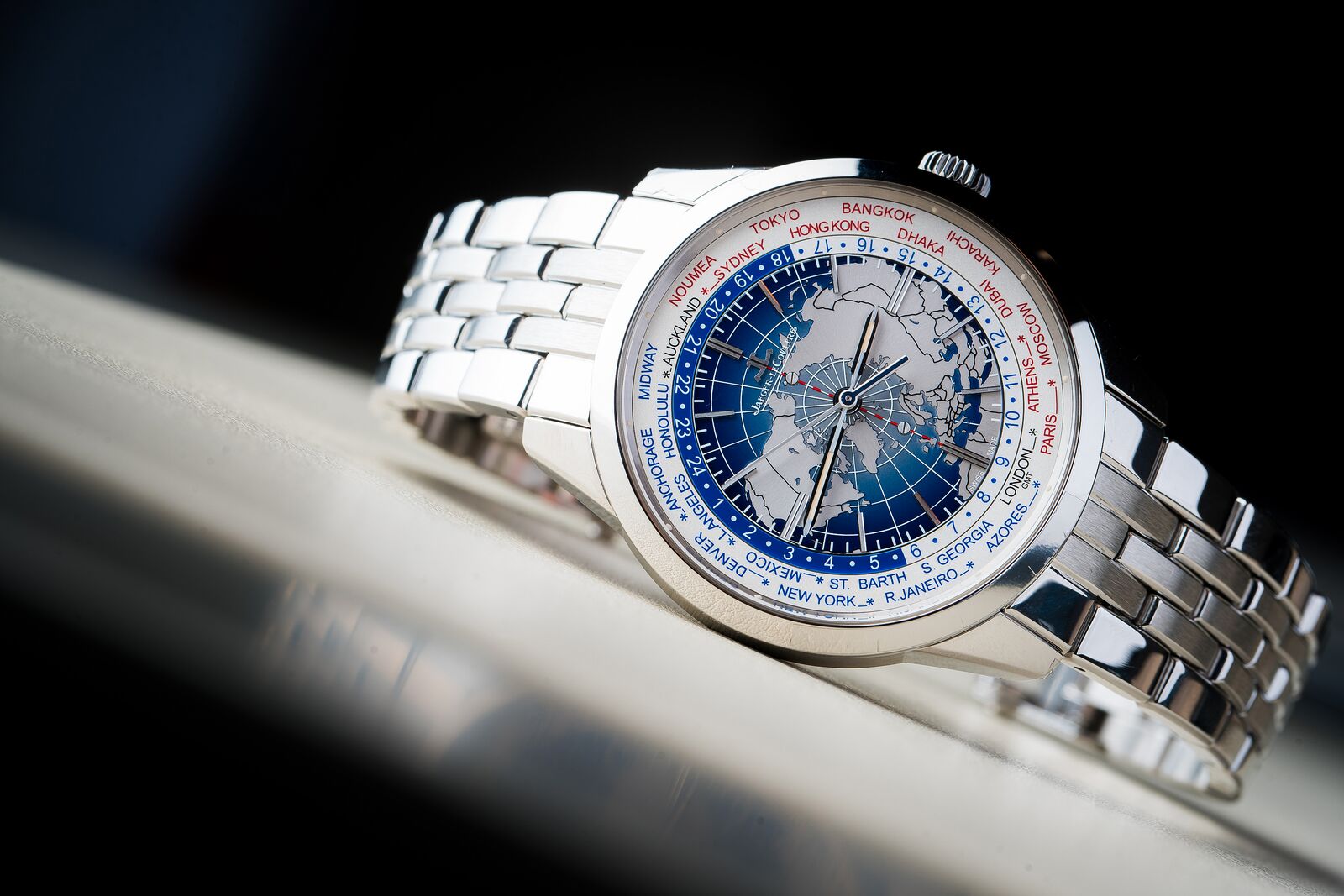 Although inspired by the vintage watches of yesteryear, the Geophysic Universal Time is not a mere homage to the past. In fact, it is a very modern watch. Fitted with caliber 772, it benefits from the Gyrolab balance, which Jaeger-LeCoultre launched in 2007 in the Extreme Lab. What they did, in short, was reducing the surface area of the balance, so that it moves around less air, making it more efficient, and hence more accurate. 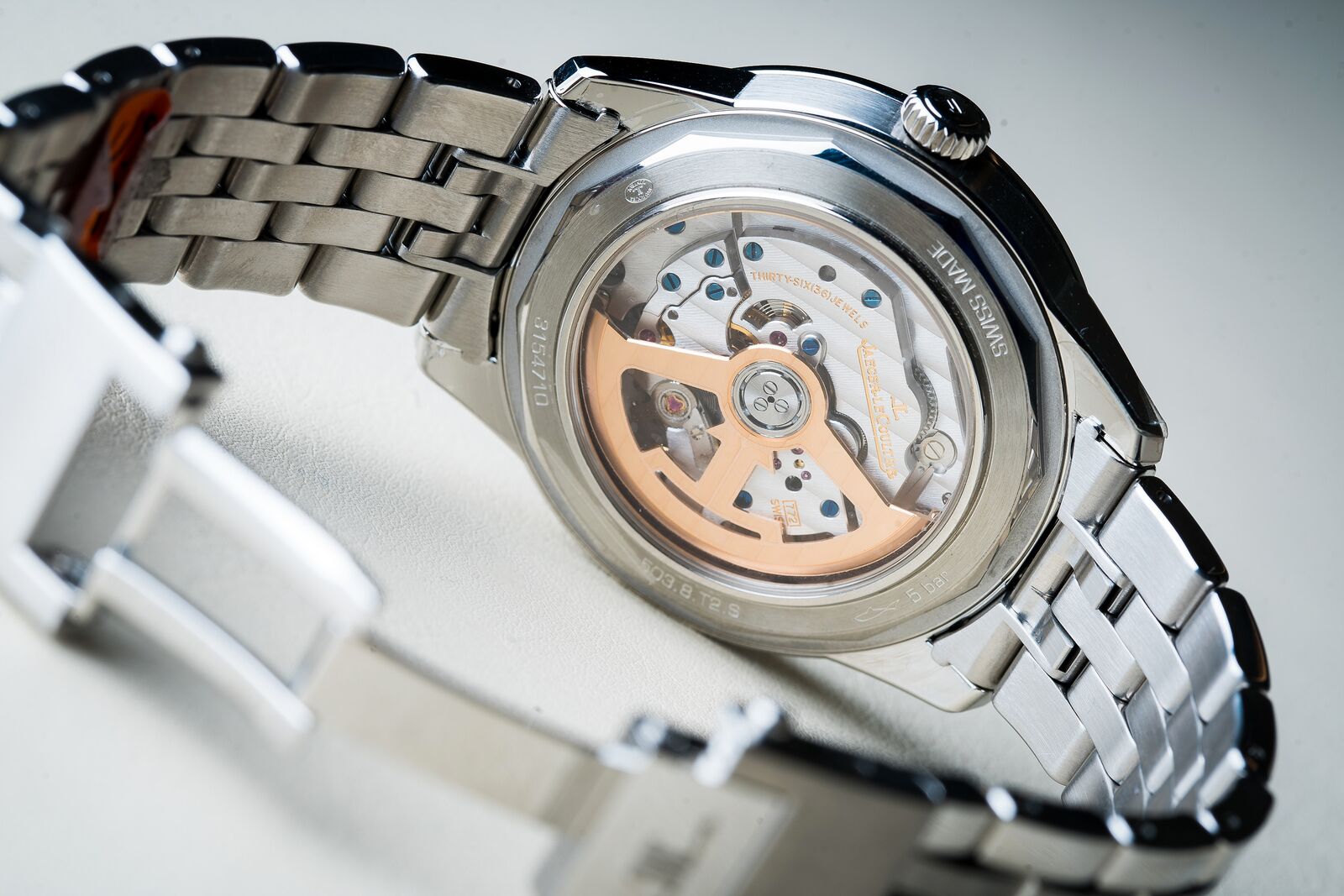 When traveling the world a precise watch is required, but also one which is robust. By placing a full bridge over the balance wheel, Jaeger-LeCoultre makes it more resistant to shocks. Also, the size of the Geophysic Universal Time is robust with a height of 11.84 mm and a diameter of 41.6 mm. With the world map on the dial and the world time ring around it, there is a lot to see, and the diameter of the watch helps to make this easy on the eyes. 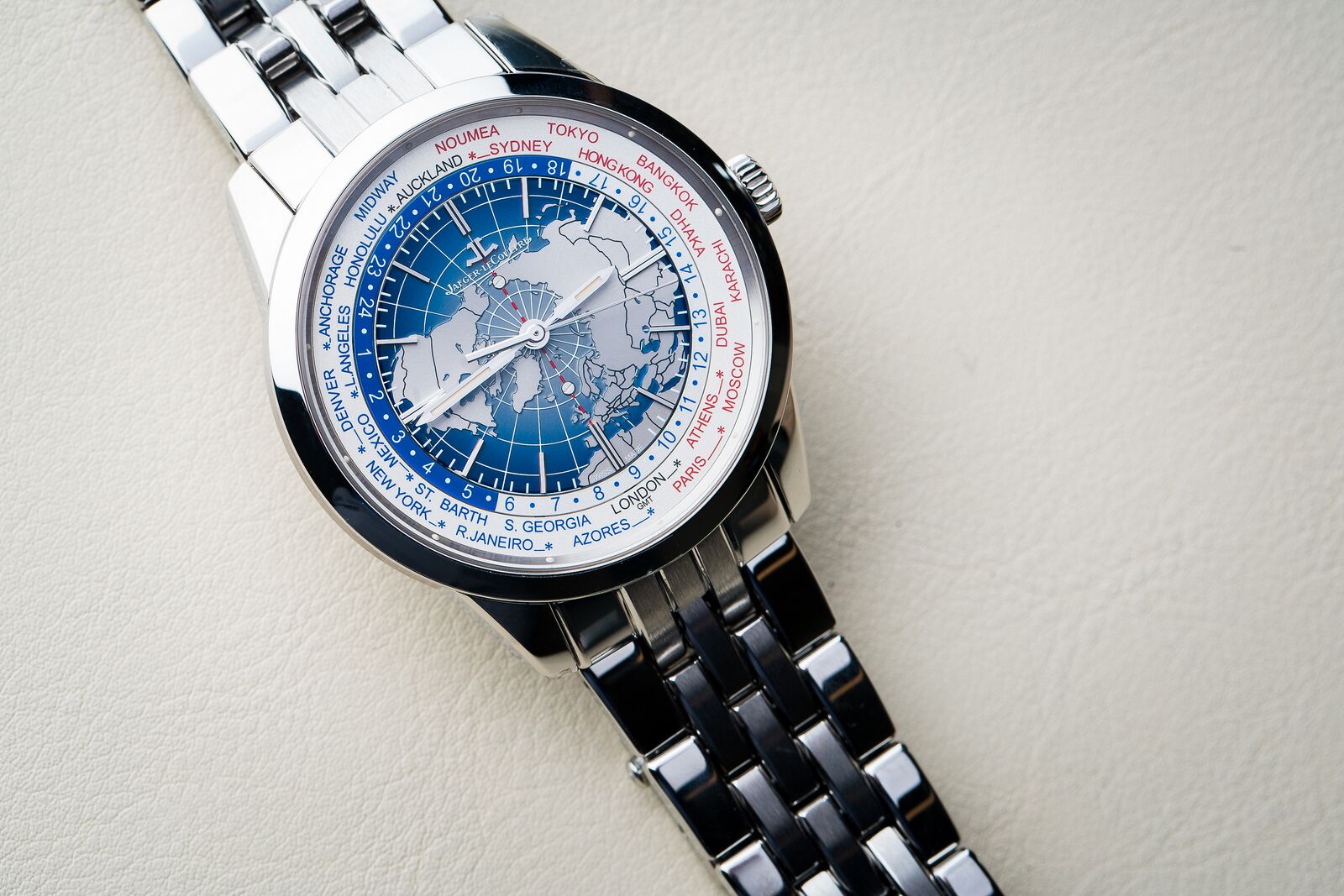 Color also does a lot, and Jaeger-LeCoultre uses this to its advantage. The landmass is silver, while the oceans turn from light to dark the closer your get to the perimeter of the dial. Longitude and latitude lines add to the cosmopolitan feel of the watch, while the red and white line through Greenwich, as well as the city names east of this in red, prevent the watch from looking too blue and cool all together.

The Geophysic Universal Time is priced at $15.700,- on a bracelet and $14.000,- on a strap. Given the quality and finish of the bracelet, plus the fact that it really changes the look fo the watch, it is not only worth the additional price, but you can also buy a strap separately and switch whenever you feel like it! For people who like the look of this watch, but prefer it a bit more complicated does Jaeger-LeCoultre also offers the Geophysic Tourbillon Universal Time.