Sunday Reads: The Impatient CEO: How Vincent Perriard Became The Rising Star of the Independent Industry 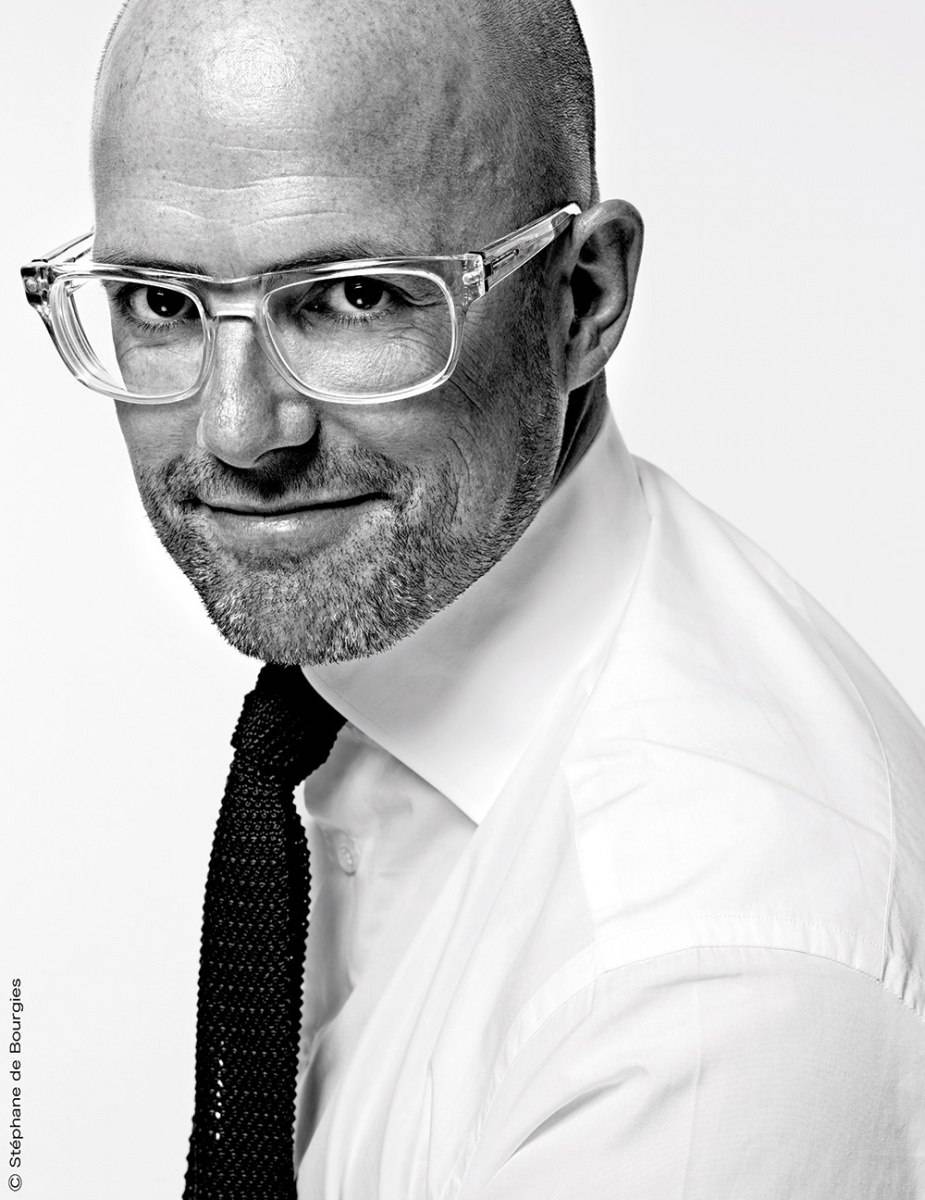 HYT had one of the most successful launches in recent years. Were you expecting it, and how did you adapt to such rapid growth?

First of all when you are inside the company, you are never very objective, so it’s good to hear what others think of our launch. We are sweating a lot, but at the same time we have a lot of fun for sure. When we presented our first watch, the H1, in 2012, it was only a prototype and we weren’t even able to deliver the watch then. In fact, this is where we realized the potential of the concept of mixing mechanics and liquids. Before BaselWorld 2012, we knew we had something very cool, but we didn’t know how the media, the retailers, or the distributors would react. There were only three of us for the first 18 months of the brand. But our very small stand was completely overcrowded with journalists from all over the world and from the New York Times, and we realized the spotlight was really on HYT. Now we are in the middle of 2014 and what we see is again quite incredible. We are already twice the size of many independent brands that are now ten or twelve years old. The turnover is already quite solid, and there are now 28 people in the company.

The H2 seemed to be about stabilizing your brand, by offering a line coherent with the first model, which you continued to develop this year with new colors and new materials…

The idea was to not bring the H3 too fast. In the watch industry it’s all about getting things off the shelf quickly, and in my heart the H2 came a bit too late. But it deserved the chance to breathe and have its own time. We thought we needed to stabilize, and decided to move from five pieces to 20 different references in one year, to stretch the collection and behave as a bigger brand, because we want to grow; we don’t want to say small. We have some friends that you know like Max Büsser from MB&F or Greubel Forsey who don’t want to grow. On the contrary we are more on track with a Richard Mille type of philosophy, where we want to grow. 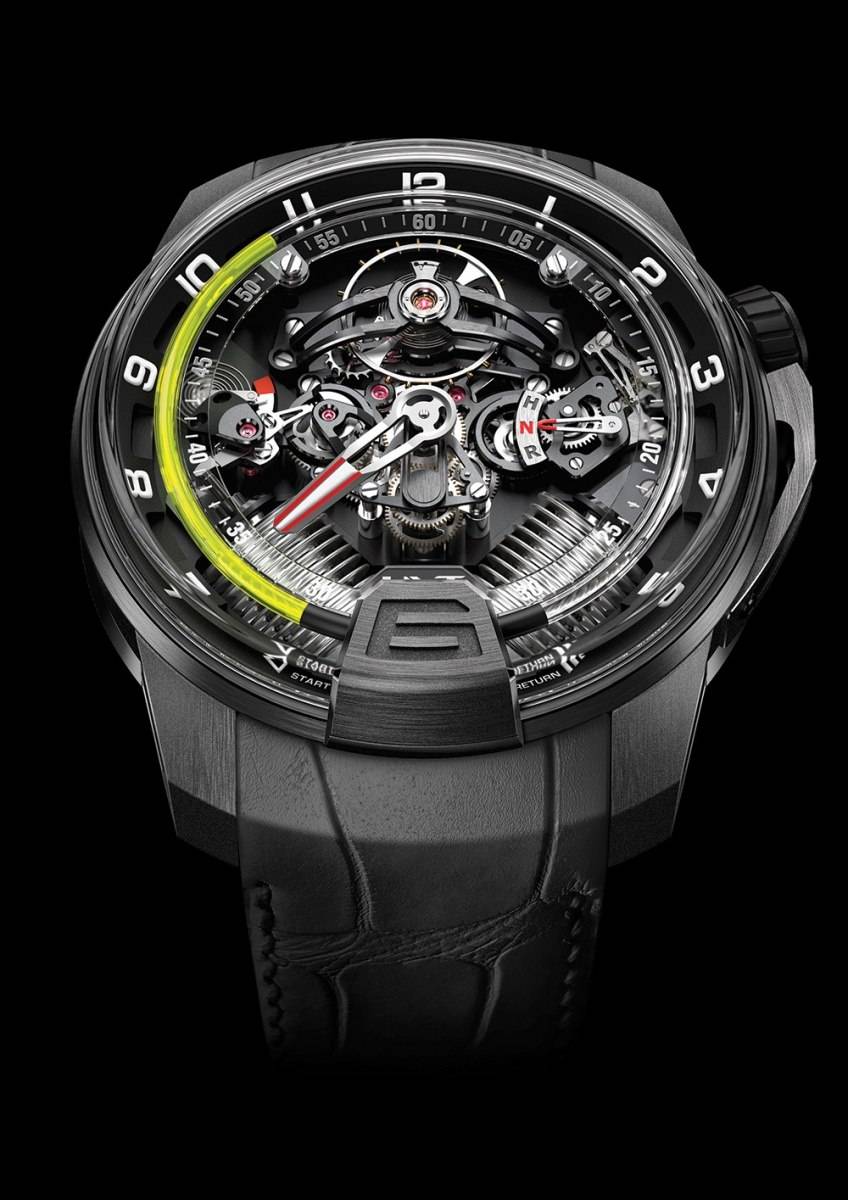 But of course, the H2 was much more than just an update of the H1. It introduced a novel design, which perhaps polarized enthusiasts even more than the use of hydromechanics…

You don’t see the movement in the H1. That’s something we wanted to change. We asked Audemars Piguet Renaud et Papi (APRP), who are so good, to make one we could admire for the H2, so Giulio Papi said OK but if it shows, we don’t want to be limited by space in the watch, like the H1 was. So we agreed to better integrate the movement within the liquid system, and to make it happen we needed to adopt the V shape. So we never intended to design a car engine, but of course we realized straight away that it looked like that. Today we aren’t shy about the comparison because both are toys for boys, and are both talking pieces. People usually have a strong opinion, and that’s what we wanted.

You seem to have a great relationship with APRP, which makes your movements. Will that continue for future models, or will you start looking towards building in-house?

Well, both actually. We have signed the new contract with APRP for the H3, which will be available next year. So there is a continuation of our business. And we are also hoping to start in-sourcing watch parts along the next 18 months. In other words, the after-sales part will be done in-house starting this coming September. That will be a big move. Then the second step will be to integrate the assembly of the watch within the company, and that’s going to be for early next year. The third part and final part will be having a master watchmaker within the company and that’s going to be announced also this fall. We will announce the signing of something very, very cool with one of the biggest watchmakers of the last 15 years.

Finally, what can you tell us about the H3?

The H3 will be completely different. It won’t be a round watch. It will display the time in a completely novel way, in a new case, and it’s a beast. It’s not a commercial piece; it’s a collector piece, and will be highly limited, even more than the H2. But you’ll have to wait until 2015 for more.

To read more from the Summer/Fall 2014 issue, click here