Over the past 22 years, The Film Foundation has helped save more than 555 films, including features, newsreels, shorts, home movies, documentaries and avant garde titles. In addition, through “The Story of Movies” educational program, the foundation reaches more than 9 million students, educating them about film language and history. 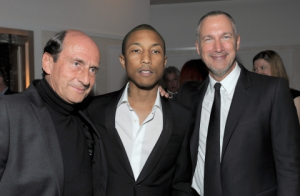 Vanity Fair and Richard Mille’s celebration of Martin Scorsese and The Film Foundation was part of Vanity Fair “Campaign Hollywood 2012,” the magazine’s annual week-long series of events and one-of-a-kind moments in support of charitable causes leading up to the Academy Awards.