Patek Philippe just didn’t happen to become one of the benchmarks of the industry overnight. One thing that helped them establish this position, or actually continue this into the 20th century, was the way that they embraced the wristwatch. This single-button chronograph in and officers case is a perfect example of this. 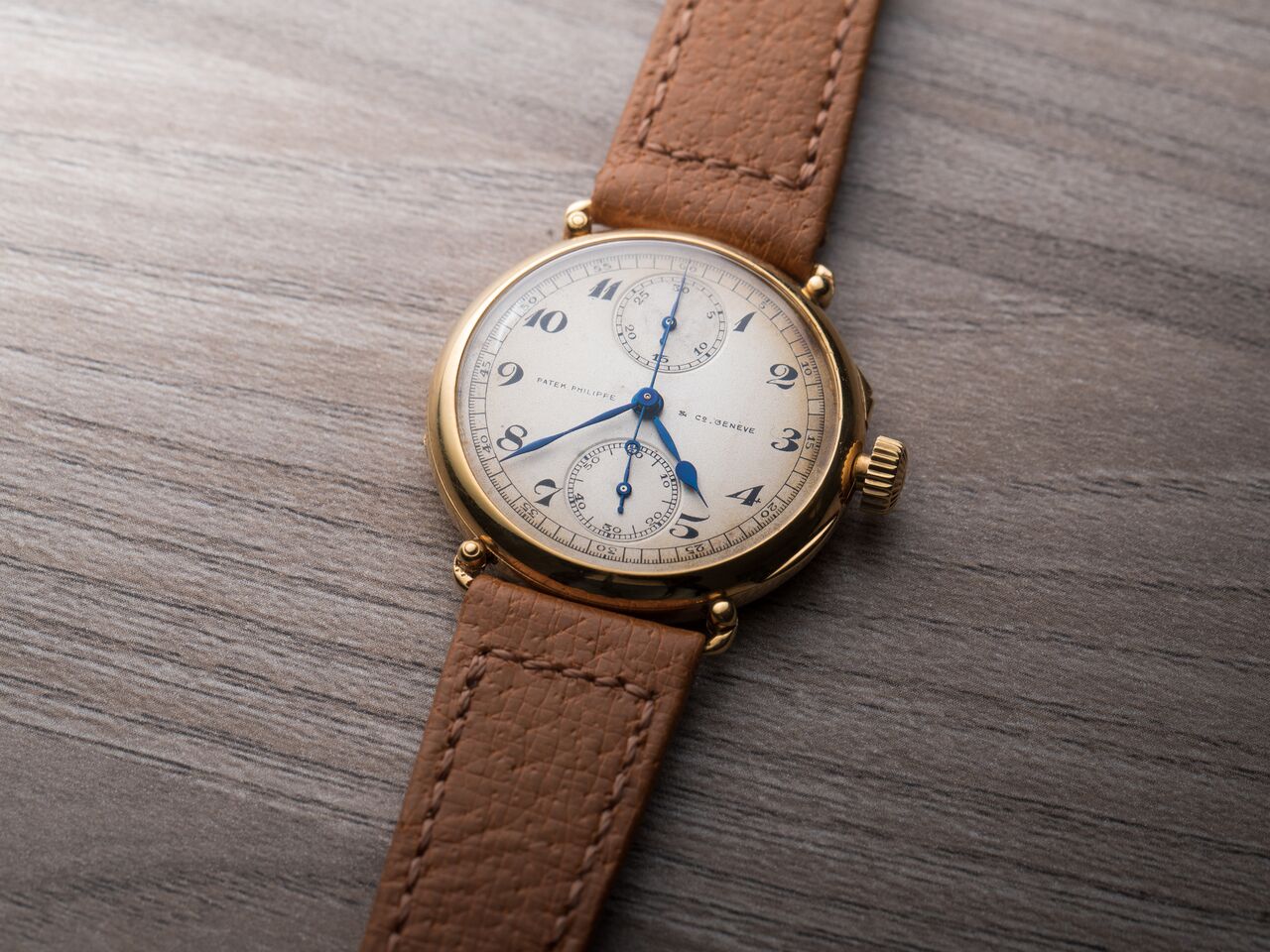 It was made in 1924 and is one of the earliest wristwatch chronographs from the brand. While Patek Philippe only made 16 of them with this dial and case combination, it is the way that they brought it all together that elevates it from just being rare to being an exquisite example of early wristwatch chronographs. 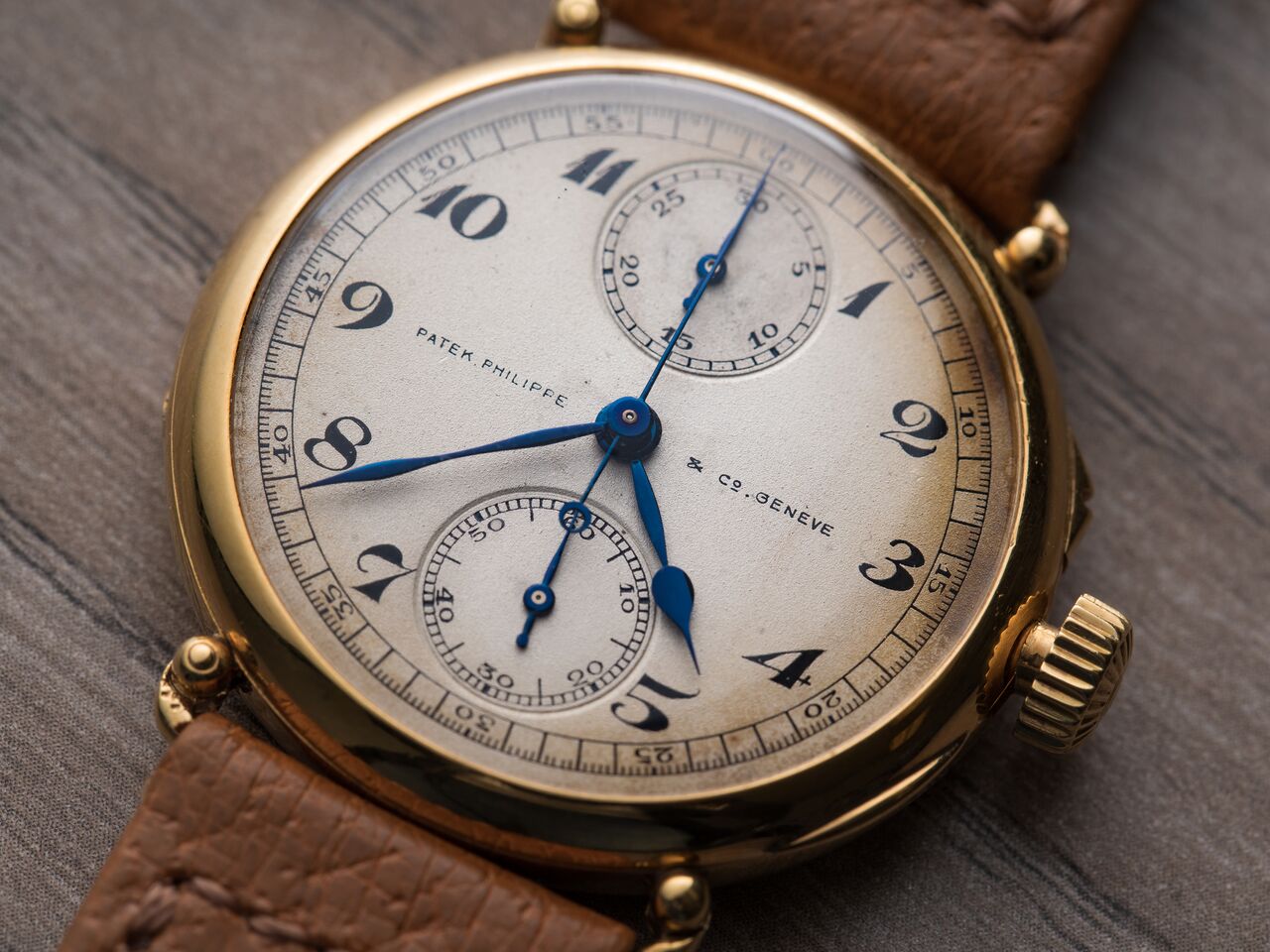 The case of the watch is elegant, but not overly so. Everything is crafted with care, but also with purpose. We also see this on the dial, which is beautifully symmetrical, with the minute counter on top, and the running seconds below. Thanks to the Breguet numerals and the blued hands is reading the time a breeze, and the railroad track makes it that you can do this very precise as well.

The elegant lugs are typical for the era, yet again crafted with an exceptional eye for detail as we have become used to with Patek Philippe. With a diameter of 36mm was it a substantially sized watch for its time, and surprisingly wearable even today. Inside the double hinged case, we find a movement of which the finish looks very familiar. Already then did Patek Philippe established their very high level of decorating and finishing, as well as typical treats from the brand such as the column-wheel cover. The slide at two o’clock is another clever invention, as it blocks the crown so that the chronograph cannot be unintentionally started or stopped. 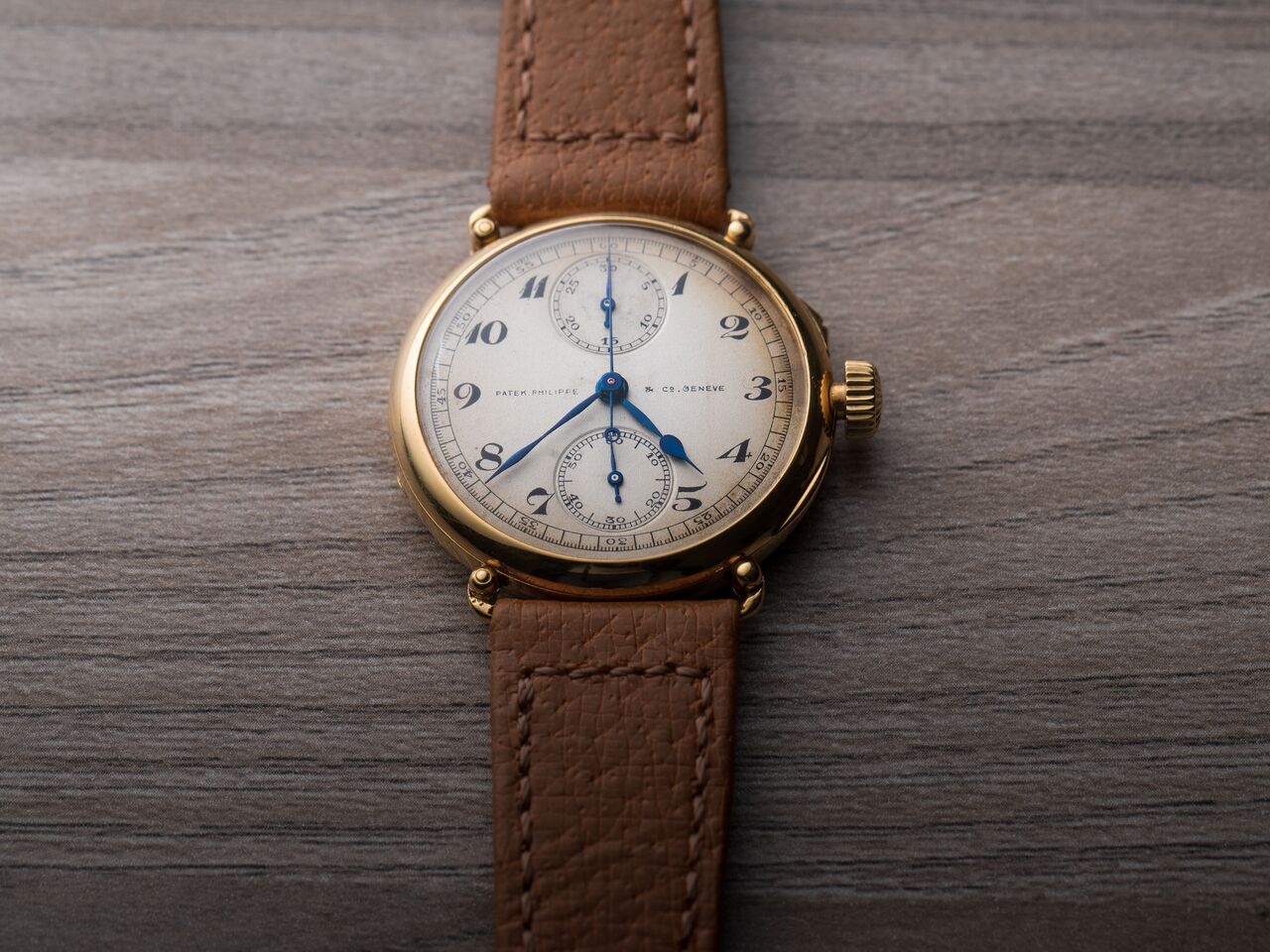 Watches like this are highly collectible, especially in an original and near pristine condition. No wonder that Phillips put the estimate between CHF 400.000,- and CHF 800.000,- when it was recently auctioned. It was sold for CHF 492.500,-, a substantial amount but not as much as some might have expected. About the actual reason for this we can only speculate, but in general, a watch like this is liked by many, but collected by only a few. That doesn’t take away from the fact that this is one of the most important chronograph wristwatches that Patek Phillipe has produced in its illustrious history.

Cozy Up To A Cushion-Shaped Watch

Age Ain’t Nothing But A Number: The Young Guns of Horology