There is something about a triple calendar with a moon phase. Especially with vintage watches, such a dial configuration gives a watch something extra. In the past, a few watches of this type have reached celebrity status, and one of them is the Omega Cosmic. 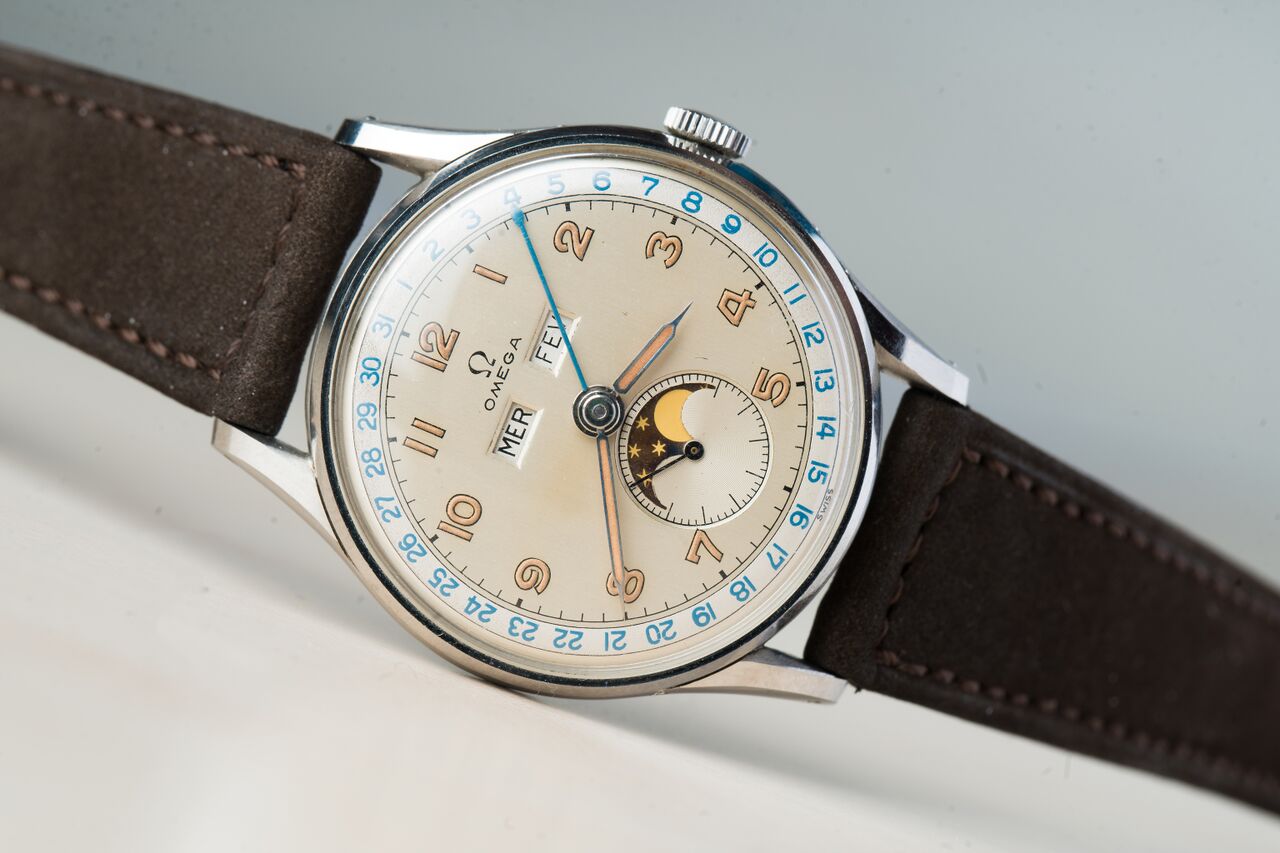 Through the years several different watches in Omega’s collection have carried the name Cosmic. For a long time, it was a name added to some of the watches in the Seamaster collection, yet those never featured a full calendar. Some might also remember the rectangular limited edition that Omega brought out as part of their Museum collection. However, this model was based on a 1951 model. The Cosmic was already around in the 1940’s, yet then as a traditional round watch. 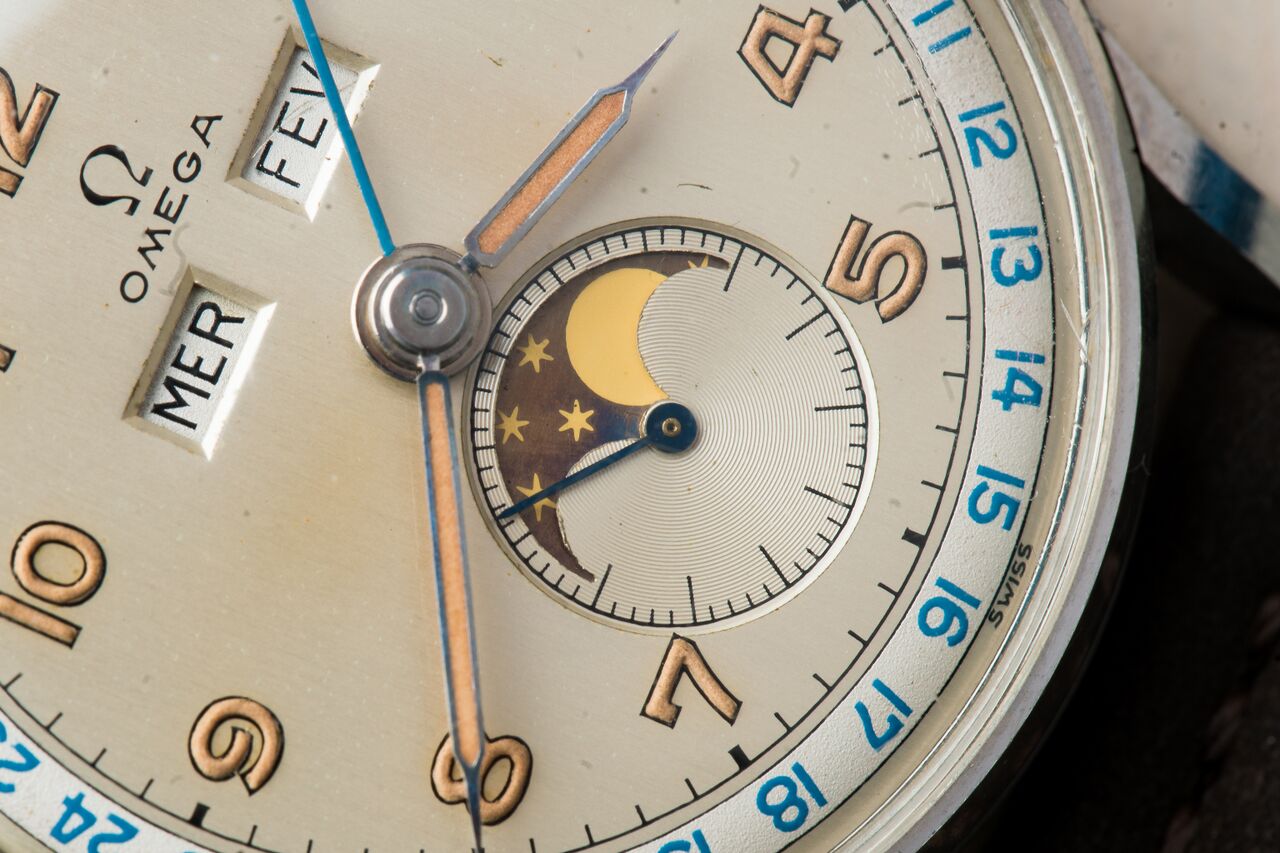 This particular model is from 1948 and wonderfully preserved. While the Arabic numerals, hands, and the moon disc have a beautifully aged discolouration, the date and the date hand has kept its vibrant blue colour. Combined with the stainless steel case, which is also in remarkable condition, the watch is almost a time capsule and it makes you wonder how much wrist time it has seen over the years. It is, however, its pedigree that explains this. The case and the movement are both original, but neither are numbered. This would indicate that the watch was, in fact, a prototype or a pre-production model, which would also explain why it is in such a great shape! 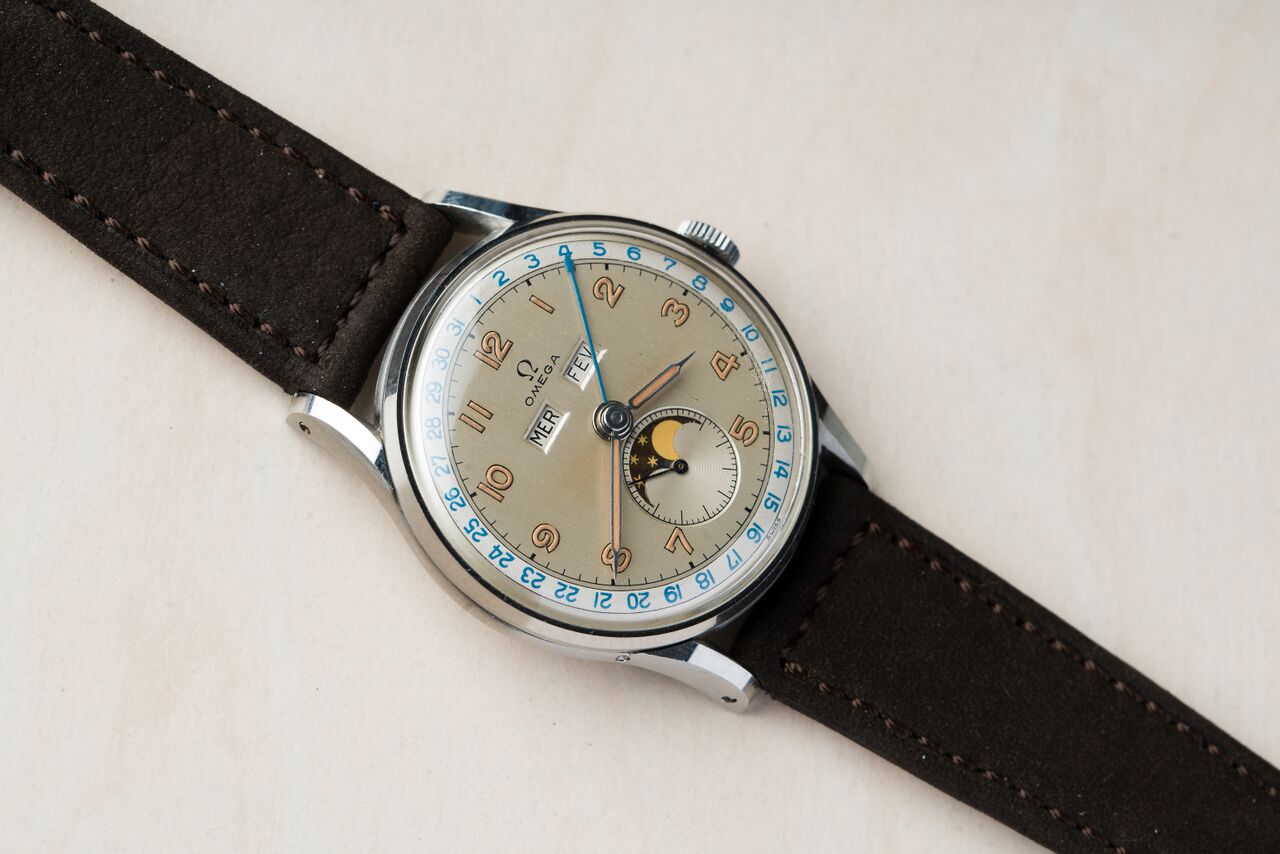 With a diameter of 34mm, the watch is small, but in line with its time. Because it is almost all dial it does also wear larger, then you might initially expect. It is powered by manual wind caliber 27DLPC, and the estimate was between CHF 4.000,- and CHF 6.000,- when it went up for auction last year at Phillips. The fact that it achieved must more than this, and was sold for CHF 21.250,- shows that vintage Omegas are on the rise, although the fact that this particular Cosmic is very well preserved and probably a prototype or pre-production model also plays a role.

The Playful Elegance Of The Cartier Rencontre de Panthères