It is not uncommon to remake something decades after it was first launched….at least, in the car world. Aston Martin did it not too long ago with the DB4GT, and Jaguar just announced that it will make another 25 D-Types, which they stopped producing in 1956. In the watch world, this is a bit more uncommon, yet Vacheron Constantin did something similar with this chronograph in 1990, at the request of a client. 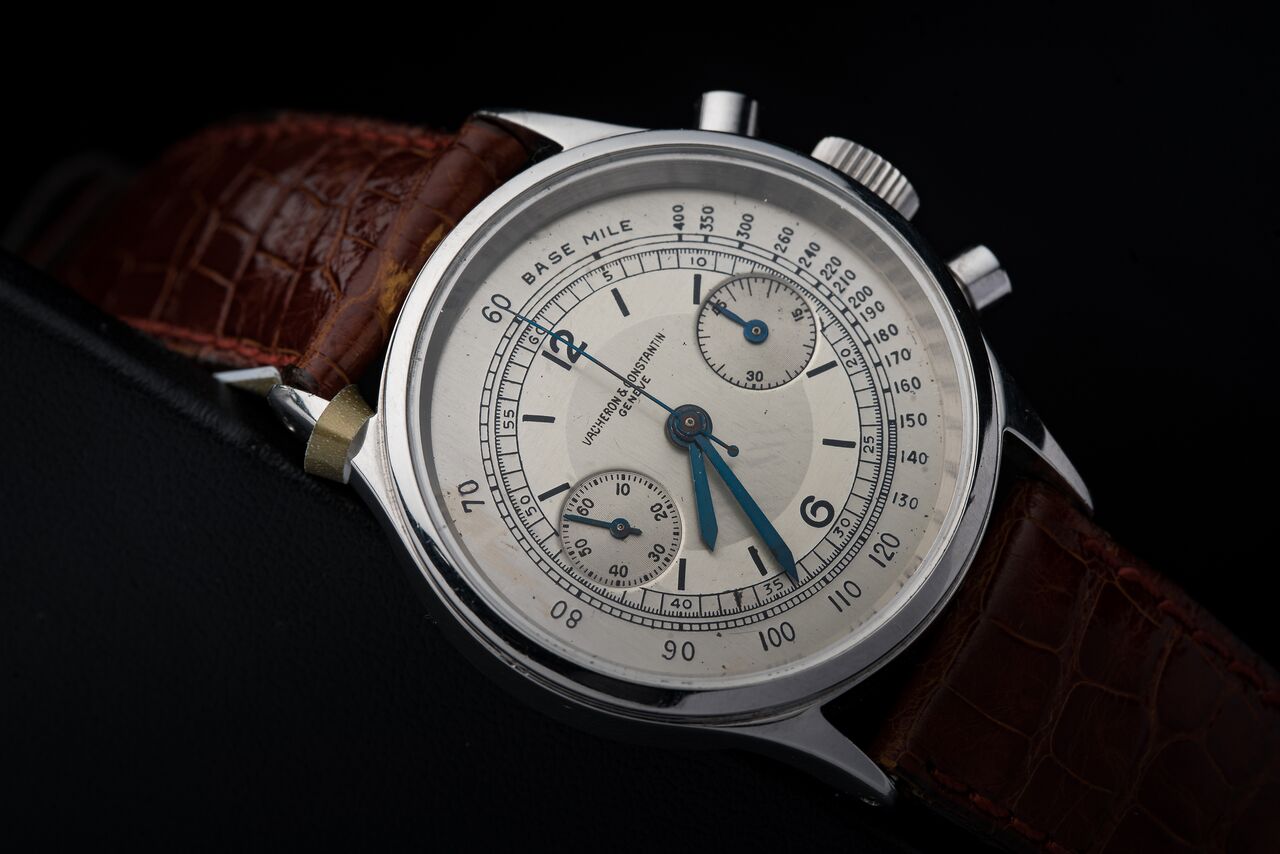 In fact, Vacheron Constantin made two of these reference 92900 chronographs, both fitted with a platinum case, and a historic chronograph movement that was originally made in 1939. This legendary manual wind caliber 295 movement, could also be found back in the day in Vacheron Constantin’s coveted reference 4072 chronographs. Because one of the watches had applied baton and Roman numerals, and this one combined them with Arabic numerals, each of them is, in fact, a piece unique. 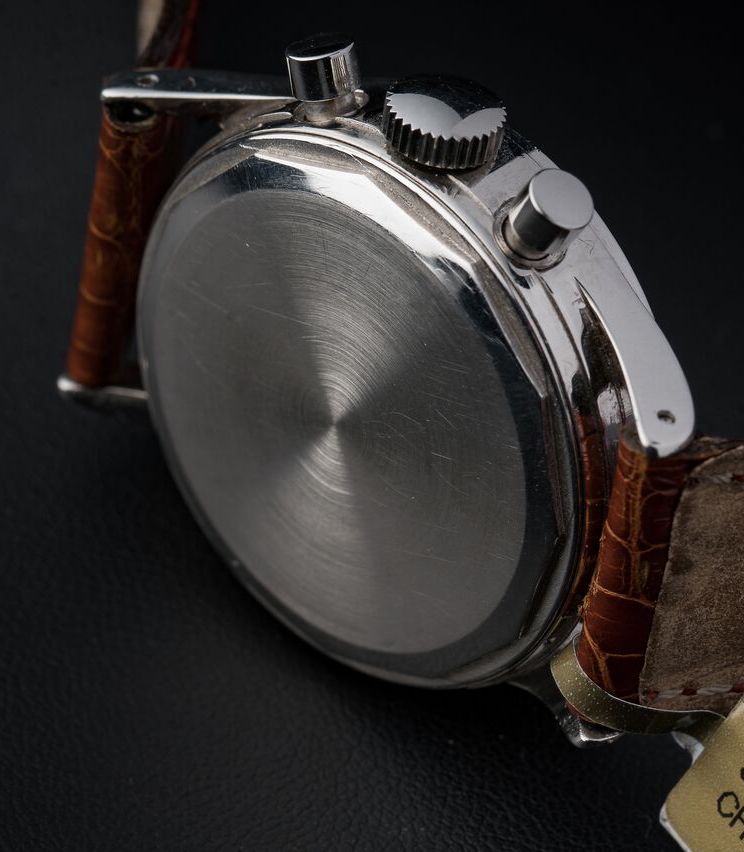 So while the movement is in fact vintage, this watch wasn’t part of Vacheron Constantin’s collection back in the day, but more of a recreation of how a chronograph from that era could look like. They kept the dimensions period correct, as with a diameter of 35mm it is small by today’s standards. This is also given in by its movement, as enlarging the case would also push the chronograph counters noticeable towards the middle of the dial. Its small diameter is however countered by giving the watch a small bezel and a very clean dial, with a relatively large space between the railroad track of the tachymeter and the case. This makes the watch optically larger then it in fact is. The only place where you do notice that this watch is far more modern, then it tries to make you believe is at the back, as it is fitted with a screw down case back. 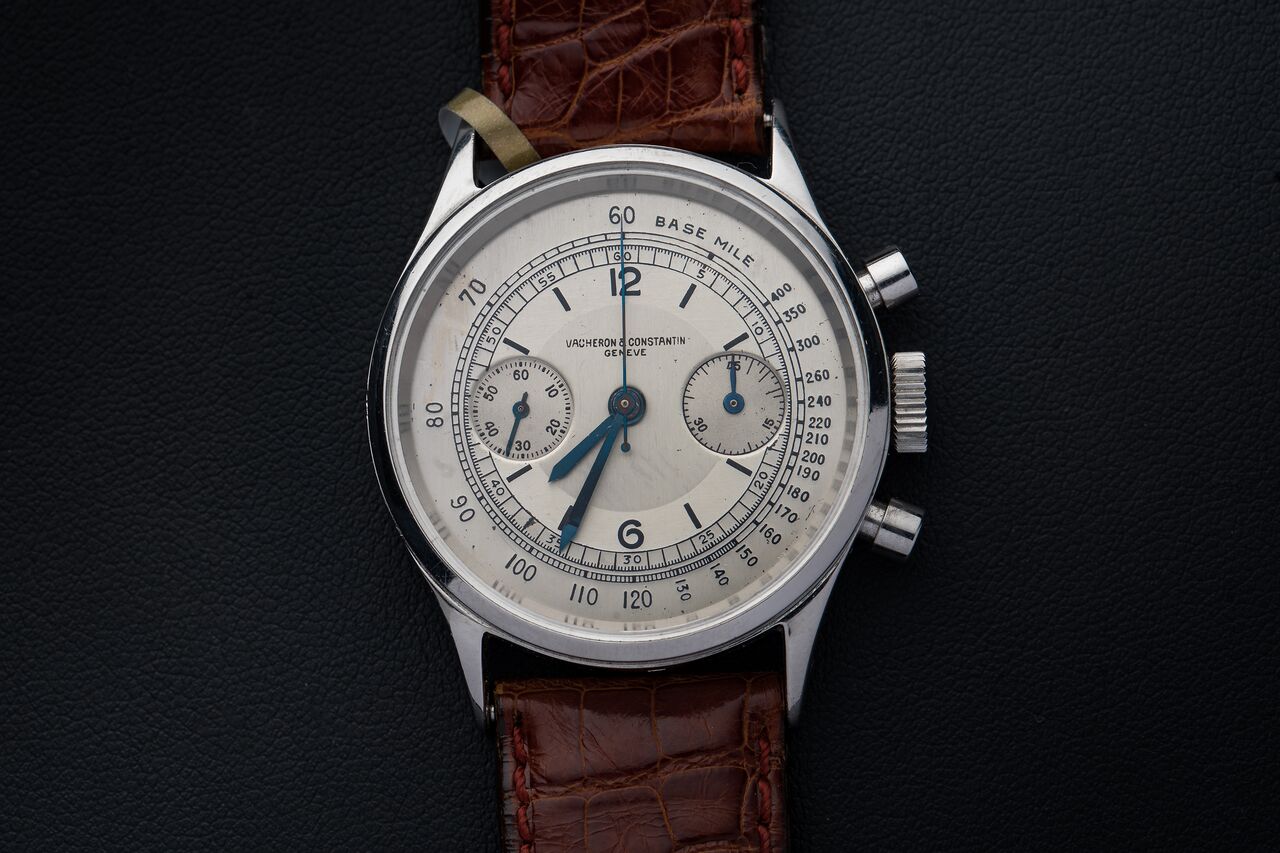 It is hard to put a price on a watch like this, as there are no other watches to compare it with. While it is actually made by Vacheron Constantin, the combination of vintage movement and a modern case is not bound to delight every watch connoisseur and collector. It does remain, however, a very refined and rare watch. When it came up to auction last year at Christie’s, they gave it an estimate between CHF 50.000,- and CHF 80.000,-, which proved to be spot on, as the watch sold for CHF 75.000,-