As a diving watch pioneer, the Blancpain Fifty Fathoms is one of those watches that always get special attention from many watch connoisseurs. This goes for the current collection, but even more so of the vintage pieces, like this Fifty Fathoms “No Radiations”. 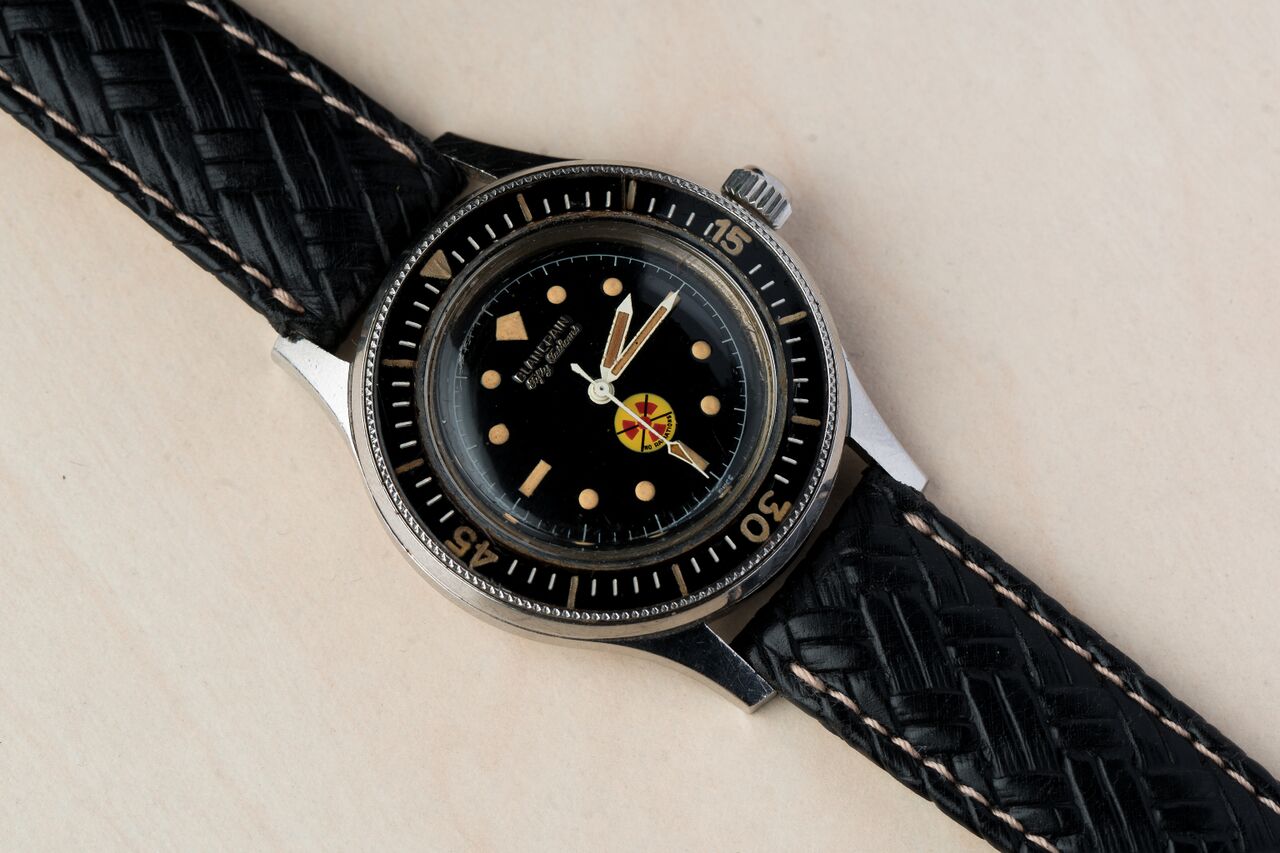 The Fifty Fathoms was first introduced in 1953, and soon drew the attention of Captain Robert “Bob” Maloubier, who adopted the watch for his Frogmen unit of the French Navy. Because legibility underwater was paramount, these watches were equipped with generous amounts of radioactive radium on the hour markers and hands. For the civilian versions, this was not the case, and Blancpain indicated this with the “No Radiations” sign at the bottom of the dial. 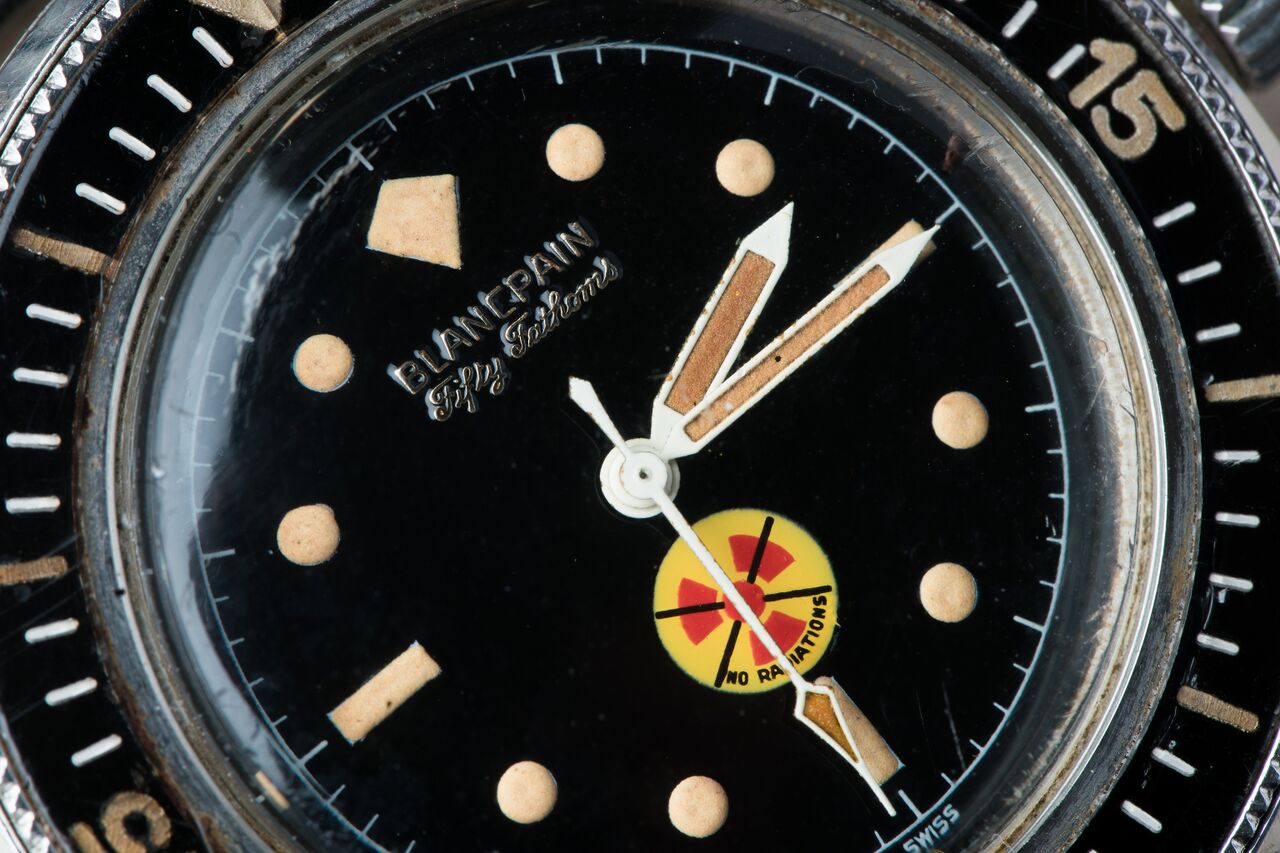 That hardly makes this watch any less collectible, as original Blancpain Fifty Fathoms are still hard to come by, especially in an original condition such as this specimen from around 1965. It comes with this beautiful patina,  highlighted by a relatively clean dial, and evenly aged hands, markers and bezel. This gives the watch a distinct vintage look. With a diameter of 41mm, it is even by today’s standards a fairly large watch. 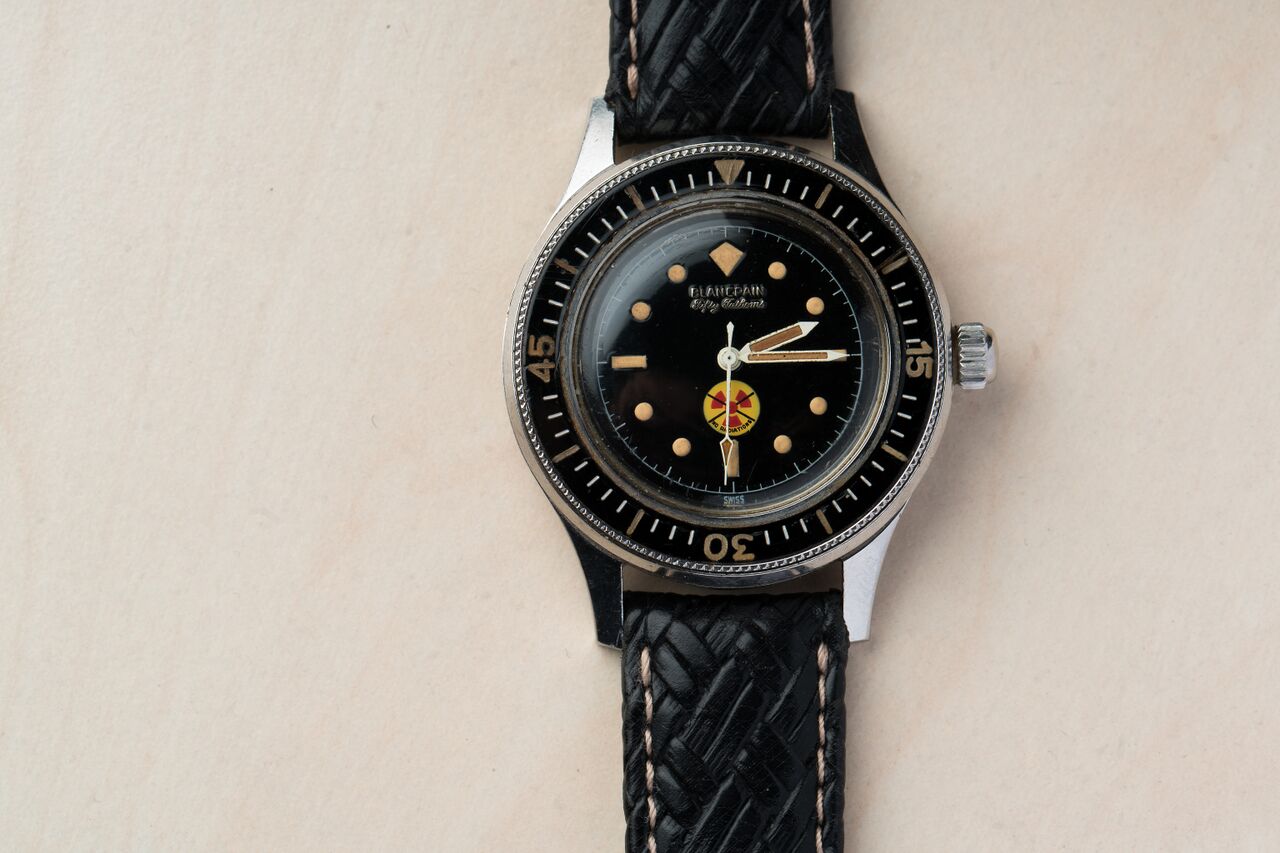 The movement inside this Fifty Fathoms is signed with R310, which was Blancpain’s way of indicating the automatic caliber AS1700, designated for the American market. A sturdy movement for a watch that is essentially a tool. That is what makes the Fifty Fathoms such a fascinating part of the history of watches, and explains its popularity. Especially today they are highly priced, and you also see that back in the prices that they achieve at auction. This particular example of the Fifty Fathoms was auctioned by Phillips in May of 2017, and given an estimate between CHF 15,000 and CHF 25,000. It would eventually sell for CHF 31,250 which confirms its desirability and strong position in the vintage market.