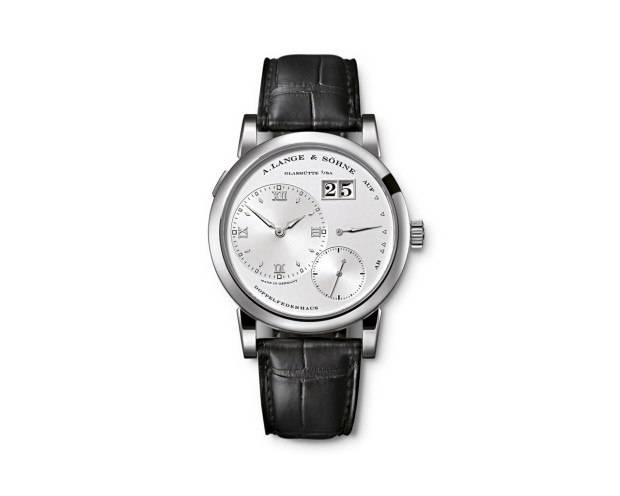 This icon, which debuted in 1994, is one of the few models in watchmaking that takes the name of its maker, and has become a symbol for the brand. The signature large date display is a winner both in terms of design (for which has won several awards) and function, something that is typical for A. Lange & Söhne – the brand has always said it never does anything on a watch that isn’t truly functional; there has to be a reason, ie: the case is there to enclose the movement, attach the strap and hold the crown. The design has remained consistent, with most functional variables over the years taking place in the subdial at 5 o’clock. It started as a small seconds dial (with stop-seconds function), followed by moonphase, second time zone and tourbillon versions, in addition to the Little Lange 1 Soirée, a 36mm version with a moonphase for ladies. The Lange 1 is driven by a manual wound movement, with twin barrels for a 3-day power reserve (the “Doppelfederhaus” on the dial means two barrels. Cases are gold or platinum.