Some brands have been focussed on a single complication for a very long time. This goes for sure for Heuer, who has nurtured the chronograph as the focal point of most of its endeavors. That they excelled at this can not only their current collection testify for, but also their vintage models such as this single button chronograph from 1930. 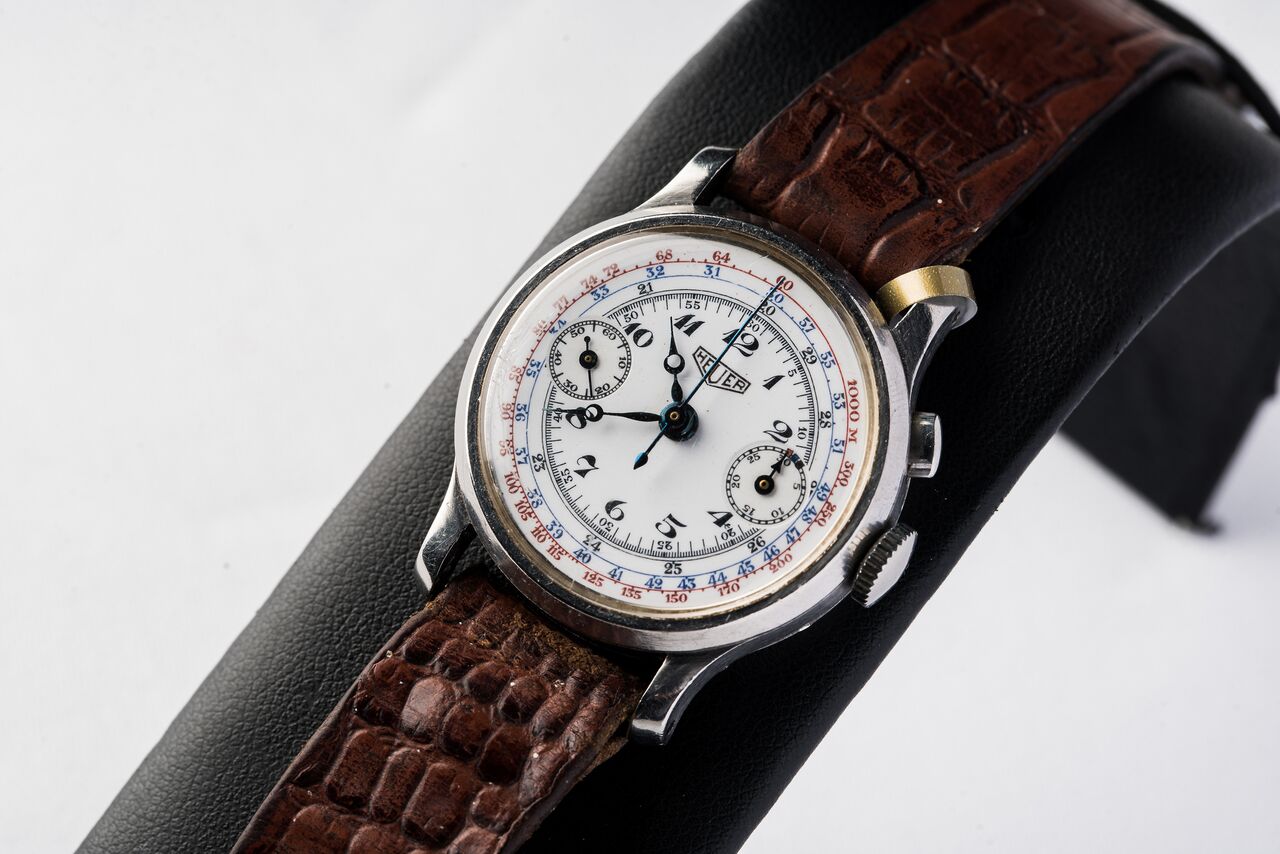 This Heuer already looks very mature, and despite its vintage design quite modern. This is because by the time that this watch was made, Heuer already had 16 years of experience making wrist-worn chronographs, as they launched their very first in 1914. With a diameter of 32.5 mm it may be a bit small by today’s standards, but in the 1930’s this was substantial. It is fitted with manual wind Landeron L13 movement. 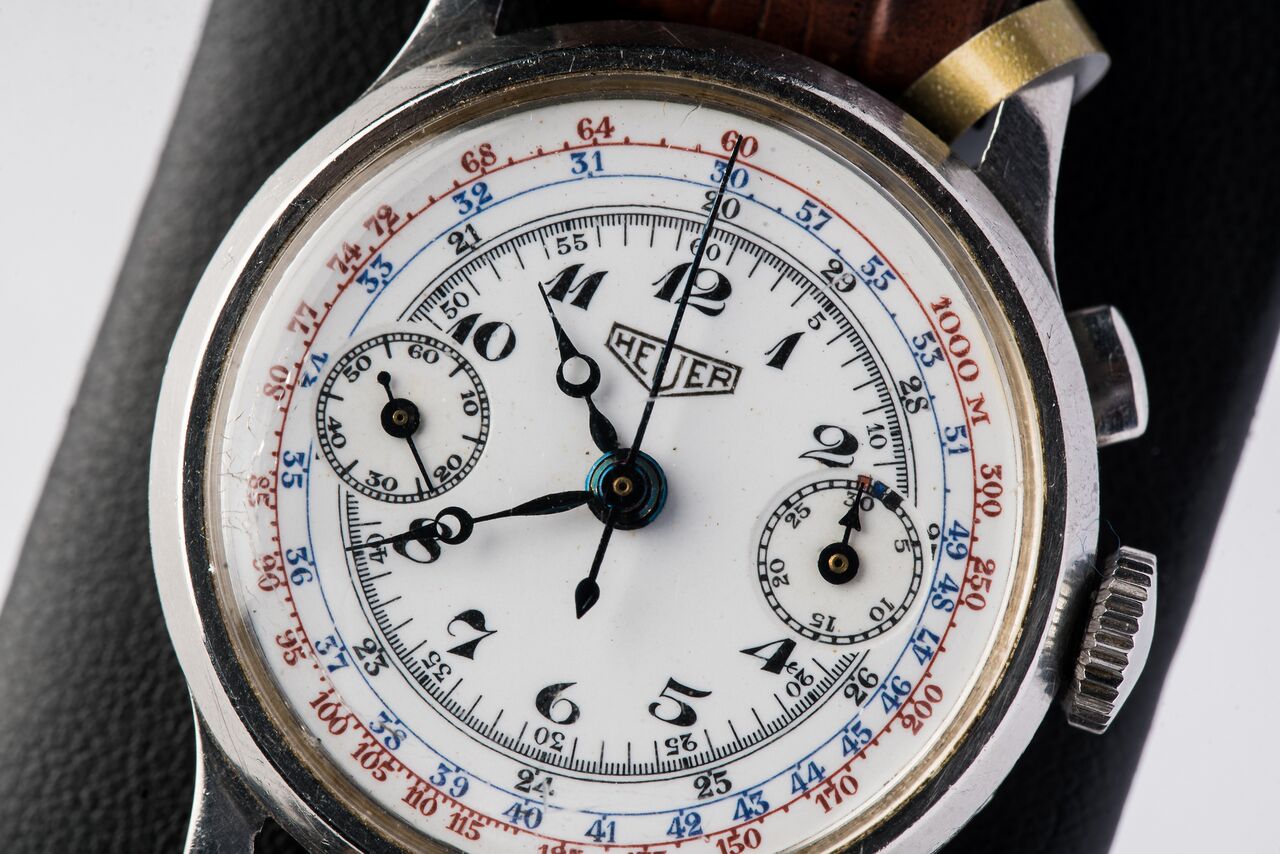 What truly shows the ingenuity of Heuer is the dial. Not only is it still clearly legible, despite the relatively small diameter and lots of information it displays, but it also features an inventive version of the Tachymeter scale. Most tachymeter scales stop at 60 km/h, as when you measure over the course of 1 kilometer, you drive 60 km/h when it takes a minute to cover this distance. On this Heuer, this shows in red against the white enamel dial. When one minute is passed, the minute hand of the chronograph jumps to the blue box, indicating that the blue tachymeter scale is now the one to read the correct speed. This Heuer even had a third scale in black, making it possible to measure speeds as little as 20 km/h. 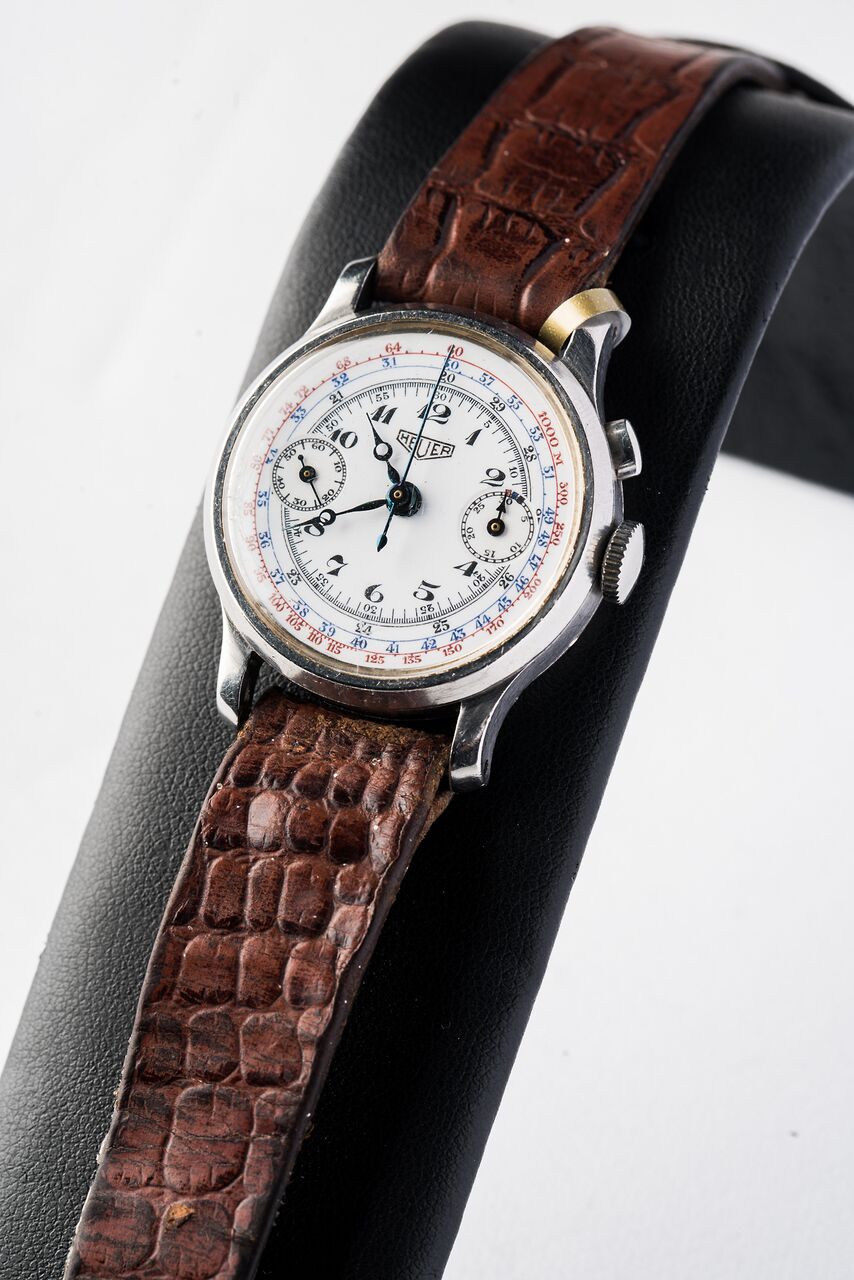 Combine this colorful, yet highly functional, enamel dial, with blued Breguet-hands, elegant Arabic numerals, and a robust steel case, and you have what must have been a very coveted chronograph in the 1930’s. When auctioned by Christie’s in May of this year, the estimate was between CHF 3.000,- and CHF 6.000,-. The watch sold however for CHF 9.000,- which seems given the history, as well as the beauty, of this piece far more fair!

Exclusive: WatchBox Takes The Way We Buy, Sell, and Trade Pre-owned Watches To The Next Level