Cartier has a very rich watchmaking history. The majority of the watches that they made, especially in the earlier years of La Maison, have always been remarkably uncomplicated. It was their refined case shapes, matched with classic, elegant dials that were the focus. But there are exceptions to this, like this Cartier Tortue Monopoussoir from 1929. 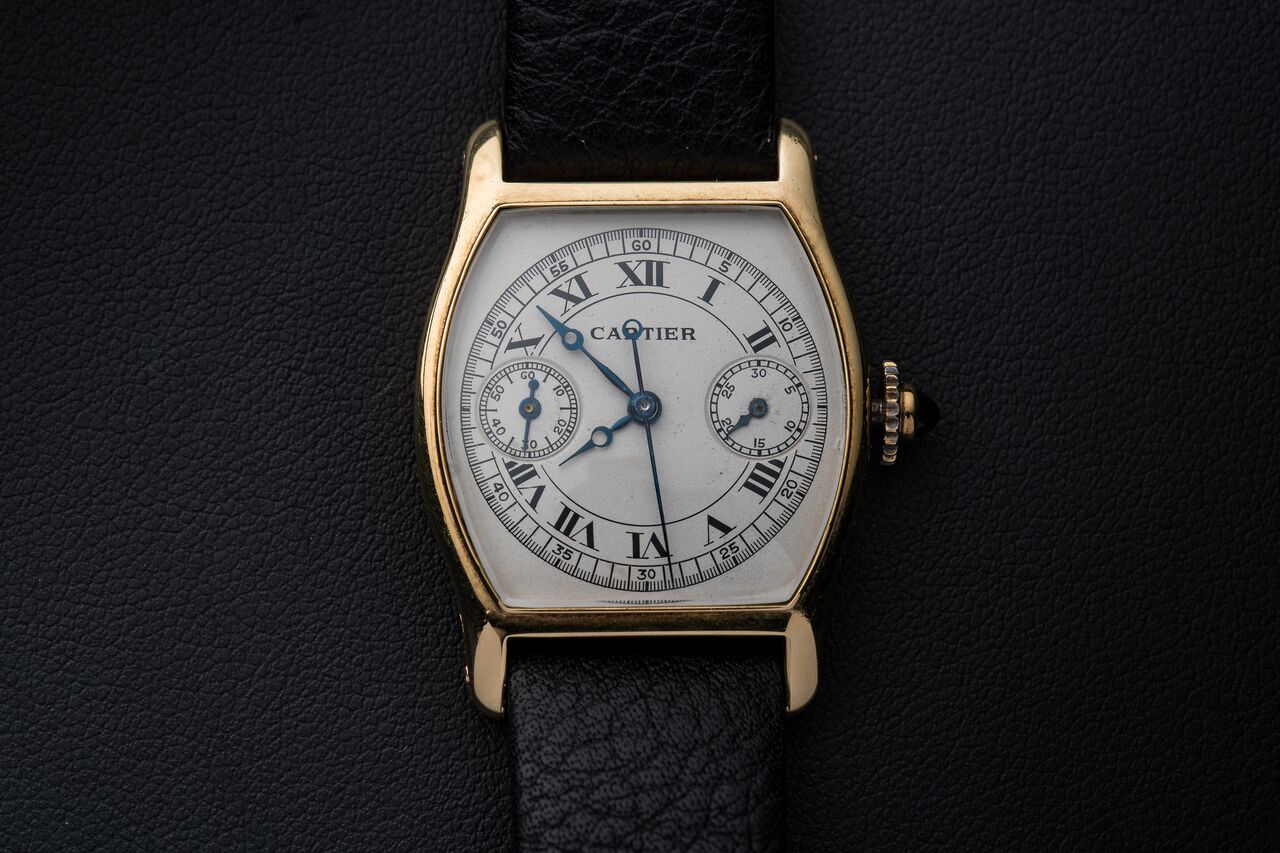 The movement of this watch was provided by the European Watch & Clock Co. Inc., which was a joint-venture set up by the Cartier-family with Edmond Jaeger (of Jaeger-LeCoultre). Through this joint-venture Cartier had access to exclusives movements, for use in its watches. What makes this particular caliber so special is that it is a monopusher chronograph. This means that it a single button starts, stops and reset the chronograph in sequence. In this watch, the button is built in the crown which is also used to wind and set the watch. 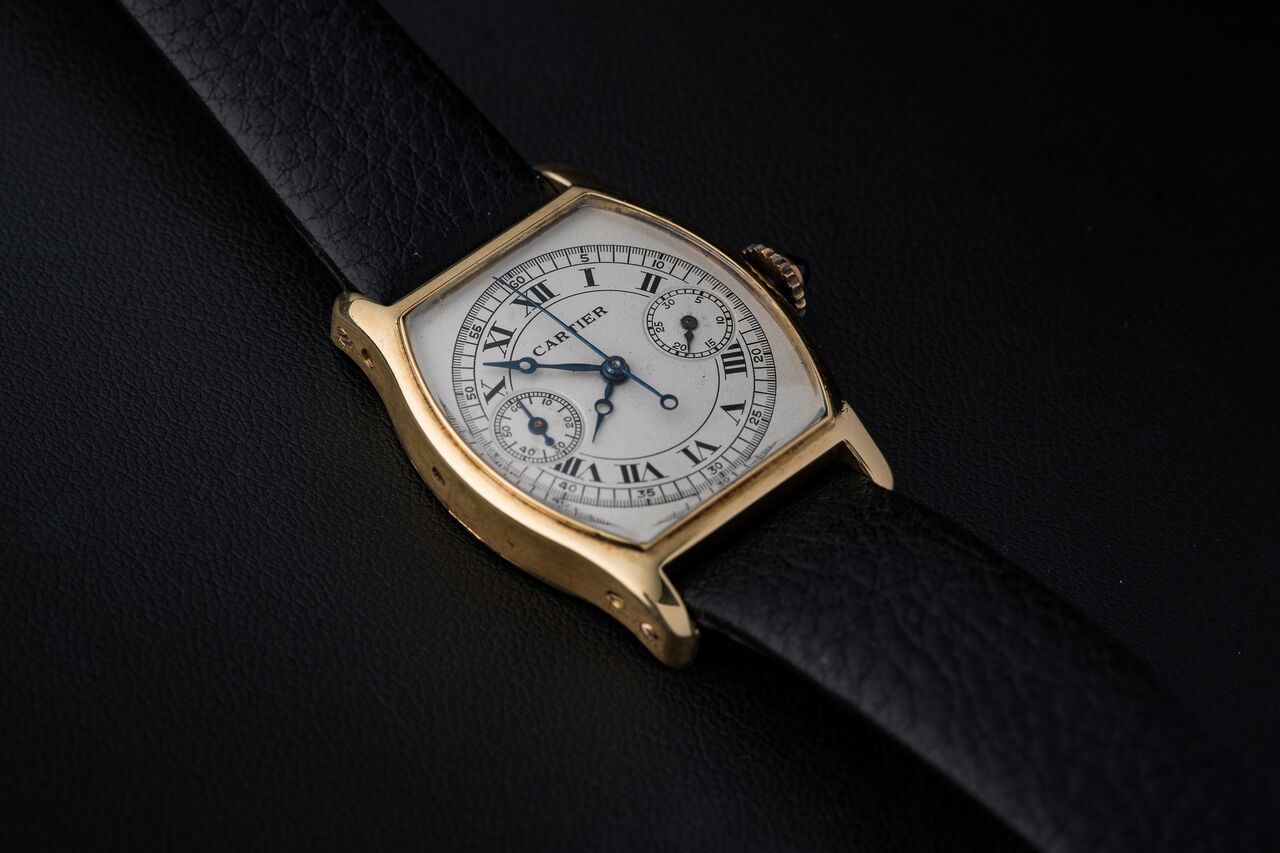 The name of the watch, tortue, comes from its tonneau shaped case, which seems to resemble the shape of a turtle. This particular watch is among the first that Cartier made of this model, and dates back to 1929. These earlier models distinguish themselves by the thinner bezel, as compared to the re-edition of this watch which Cartier would introduce in the 1990’s. It results in a very elegant watch, although at 25mm wide and 35mm high it is still small by modern standards. The dial is, of course, in typical Cartier style, with Roman numerals, and a railroad track for the chronograph seconds hand. 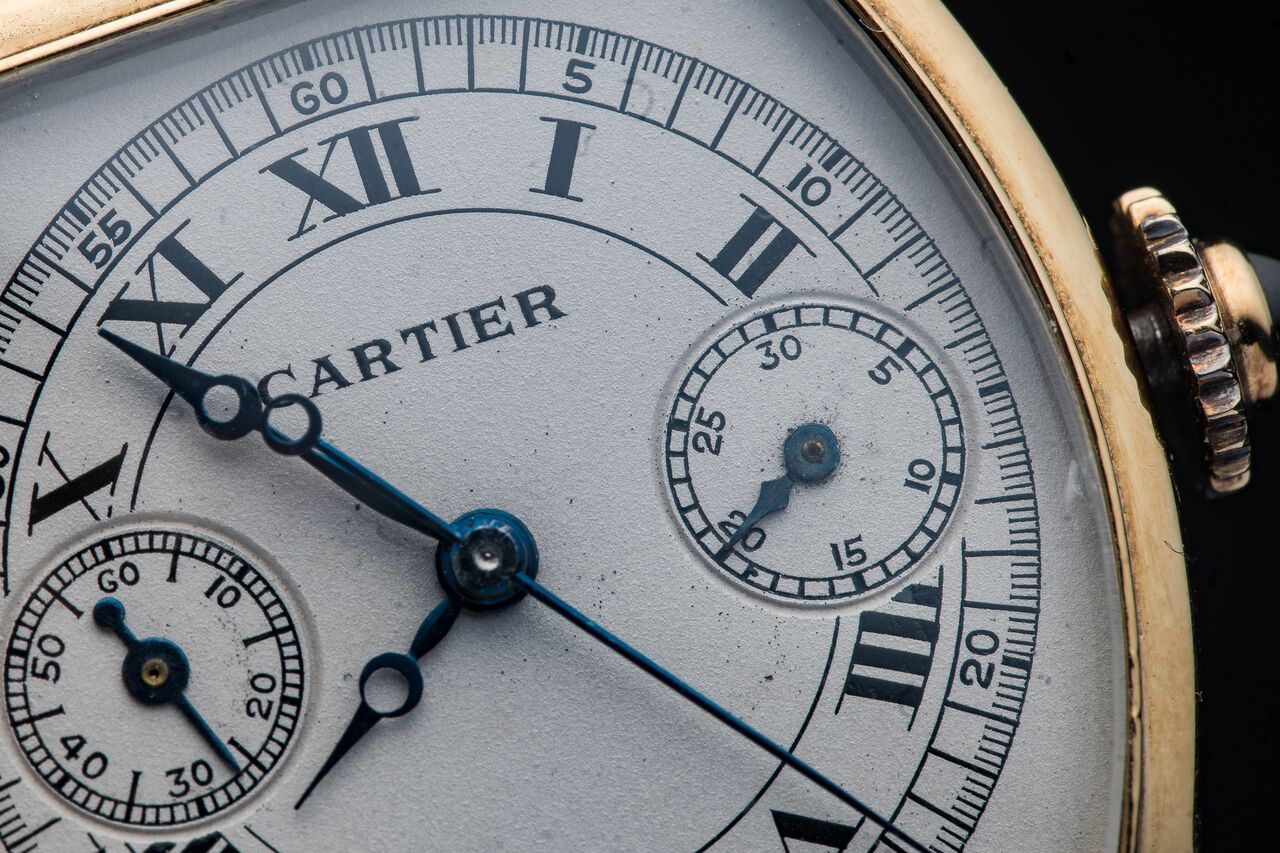 The subdials are kept relatively small, which combined with the thin bezel make the watch look larger than it in fact is. The blued Breguet style hands are the finishing touch on this vintage, gentleman’s chronograph. Vintage Cartier, especially from the first half of the 20th century, are increasingly in demand by collectors. While it estimates was placed between CHF 40.000 – 60.000, this Tortue Monopoussoir was sold for CHF 62.500 by Christie’s in November last year.

Watch Brands With The Highest And Lowest ‘Digital IQ’