The Salon Internacional Alta Relojería, or SIAR, has developed tremendously over the years. For its eleventh edition, it welcomed for the first time all the watches that compete in the Grand Prix d ́Horlogerie de Genève, but that was of course not all that was there to see. These are the best watches we came across at this years SIAR: 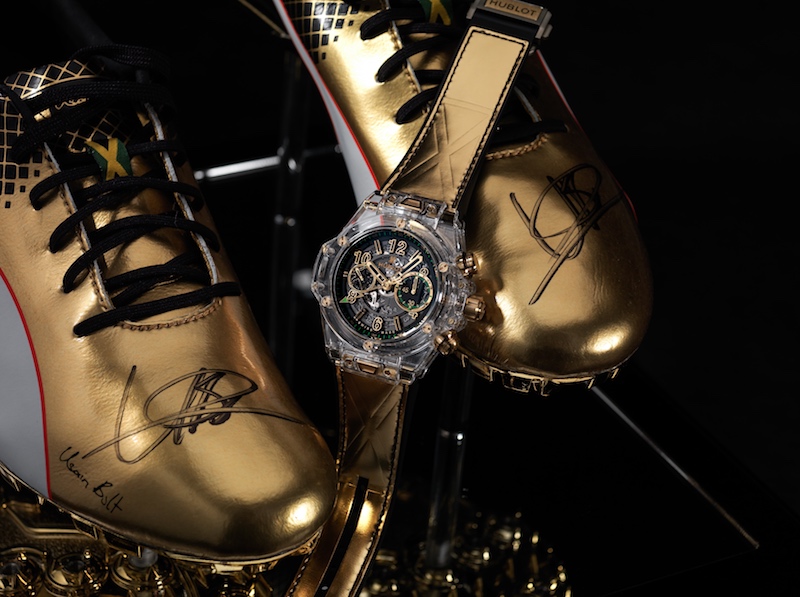 Hublot took once again center stage with the launch of two special editions created with Usain Bolt. The first, the “Hublot Big Bang Sapphire Chronograph Unico Limited Edition Usain Bolt Victory Set” features a sapphire case and comes with a pair of Puma Gold sprinting spikes, the same as the ones he wore during his last Olympics, which are also signed by the champion. Only eight of these sets are being made, the same number as Olympic medals Bolt won during his career. Hublot also introduced a very special piece unique of this watch, with its sapphire case gold plated. This is the first time that this has ever been done with a sapphire watch, and the proceeds of the sale of this watch go to the Usain Bolt Foundation, which raises funds for schooling and cultural education for disadvantaged kids. 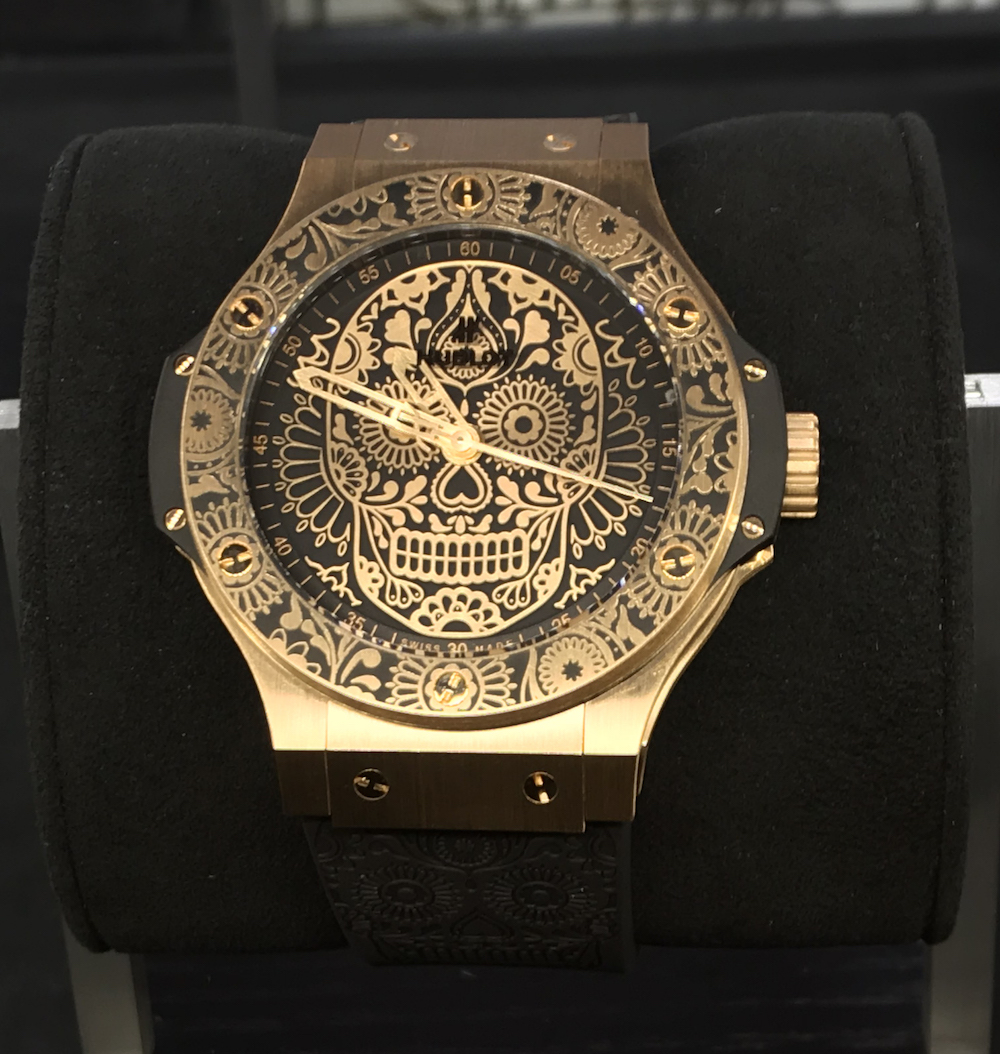 This is not even all that Hublot had to offer at the SIAR, as they also launched the Big Bang Calaveras which celebrates life by being dedicated to Dia de los Muertos. As always, Hublot also goes all in for this limited edition, with an engraved bezel, stamped bracelet and as the centerpiece the embossed skull with floral motive on the dial. Hublot releases 30 of them in ceramic, 20 in steel, and only 10 in red gold. 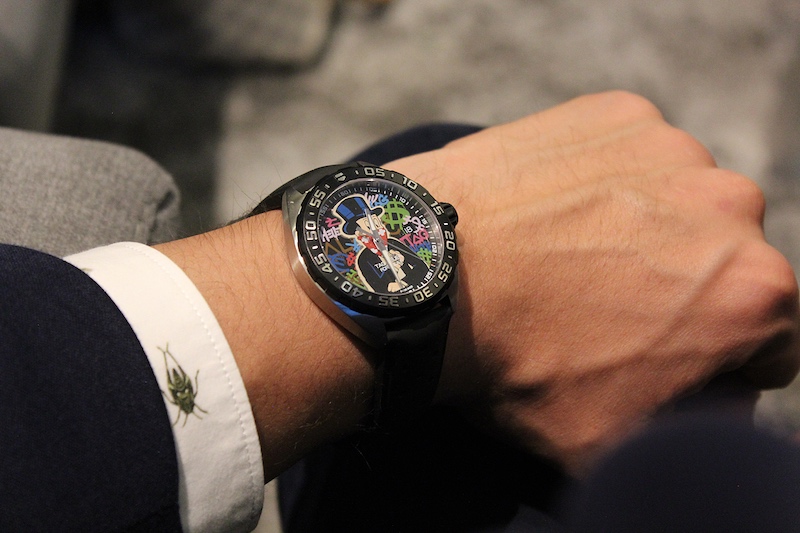 TAG Heuer released a new watch in collaboration with Alec Monopoly, showing off the unique style of this artist. It is based on the highly popular Formula 1 collection and features an image of Alec Monopoly in front of a dial in his signature style, with his name in graffiti style engraved on the case back. Along with the watch, he also created an art piece titled “Fuerza Mexico” which is dedicated to the strength and solidarity of the country after the earthquake of last month. The proceeds of the sale of it will also benefit the relief efforts. 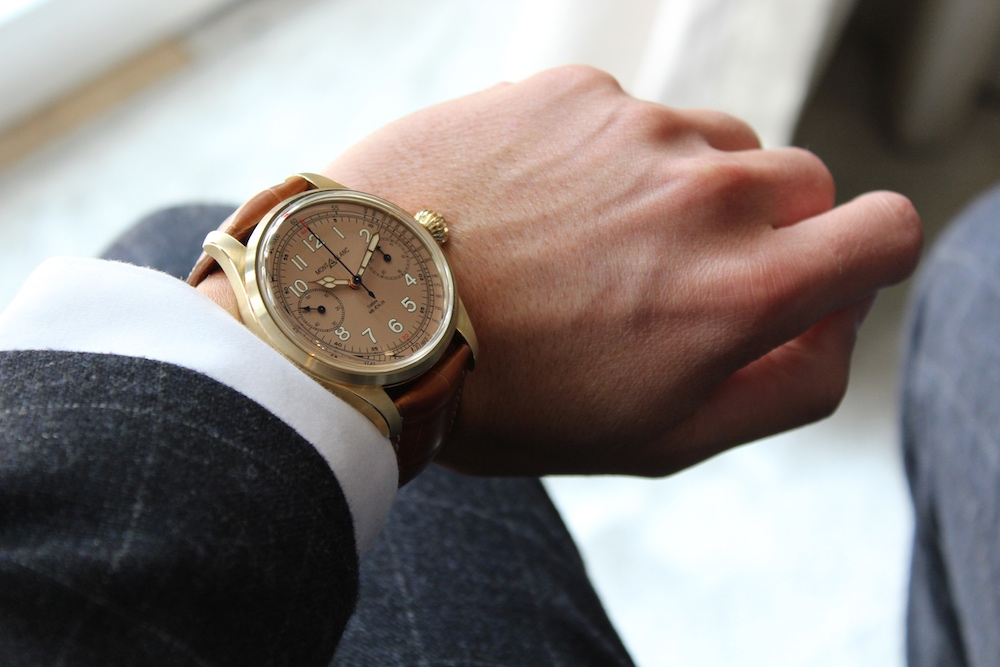 Montblanc launched a stunning version of the 1858 Chronograph Tachymeter. For a limited edition of 100 pieces, Montblanc fitted the watch with a stunning salmon-colored dial with sunray motive which contrasts beautifully with the blued hands and compliments the bronze case. Fitted with caliber MB M16.29, a manual wind column wheel movement that Montblanc developed in-house, it is a very tempting proposition for collectors.

Greubel Forsey took advantage of the SIAR to launch their QP a Equation Millésimé Edition, featuring a rhodium colored gold dial on which part of the watch calendar functions are displayed. The back of the watch serves for the remaining ones, as there are quite a few since the QP a Equation Millésimé Edition features a perpetual calendar with four-digit year indication, equation of time, seasons, equinoxes, solstices along the brand’s signature inclined double tourbillon. 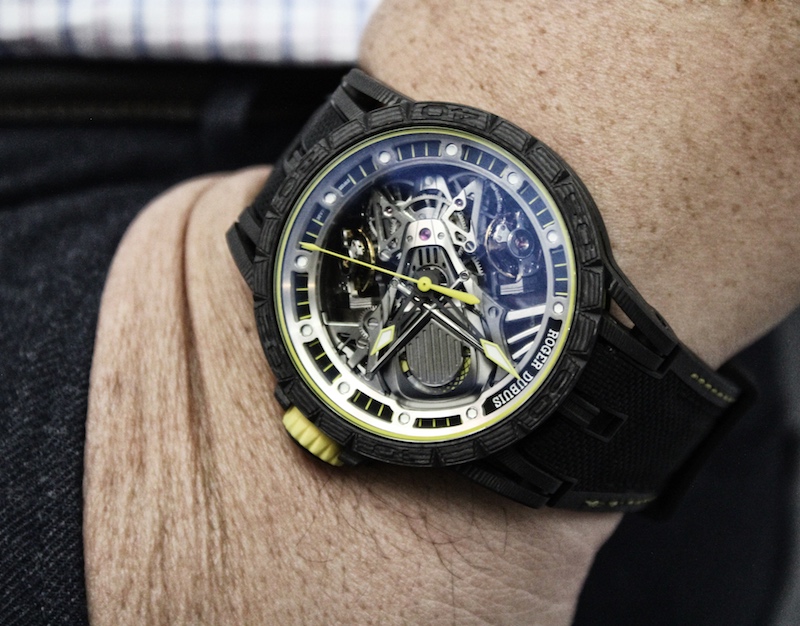 Next, to these completely new watches, the SIAR also reunited us with some recent favorites. Among them the Roger Dubuis Aventador S, which looks even more amazing on the wrist. 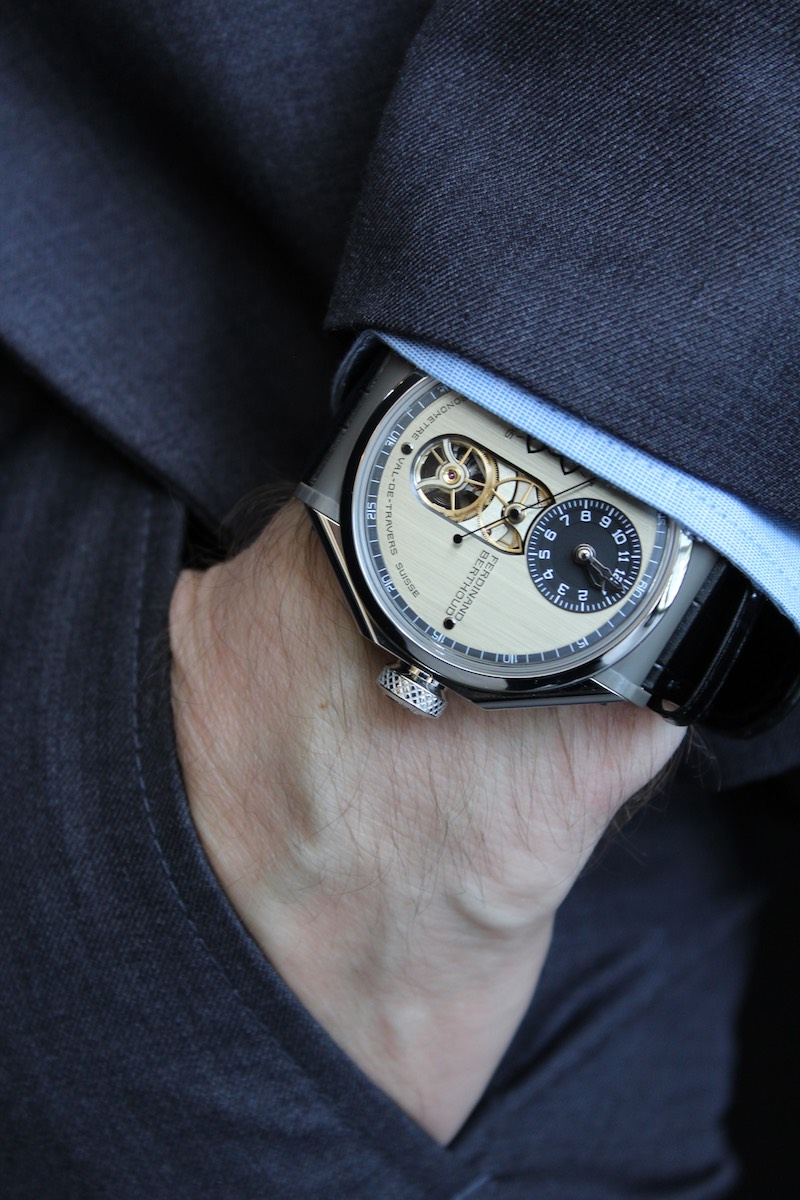 Also, the new platinum Ferdinand Berthoud was on the scene, which is also a watch that looks great, but even more so when actually around the wrist. 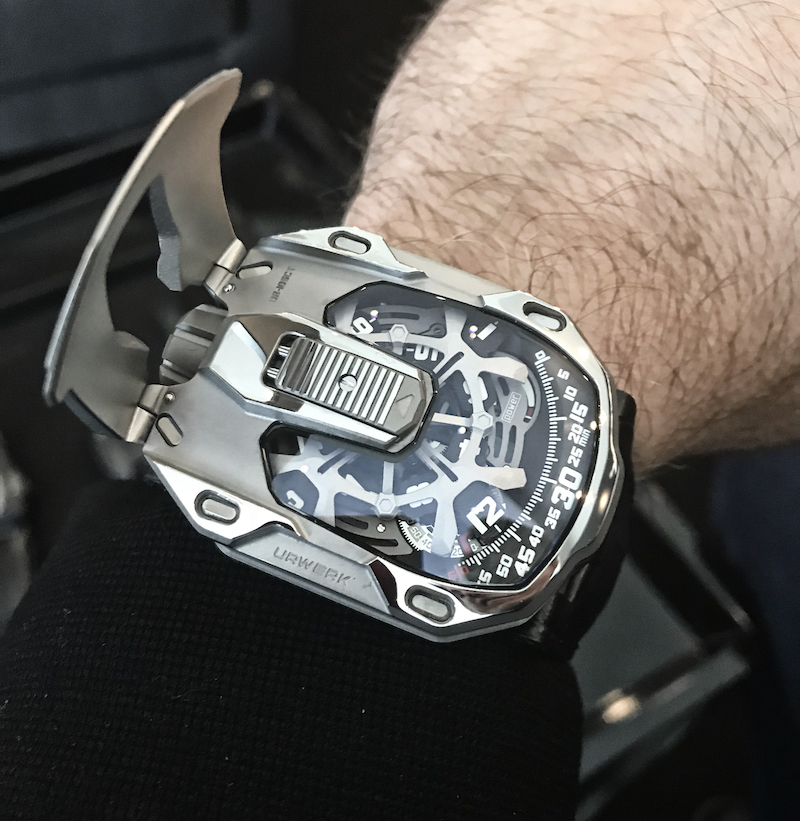 Urwerk took the UR-105 CT Streamliner to the SIAR, a watch that shows that the signature satellite time display of the brand is not growing old, yet simply maturing. The same can be said of the SIAR itself, which seems to reach new heights with each edition.