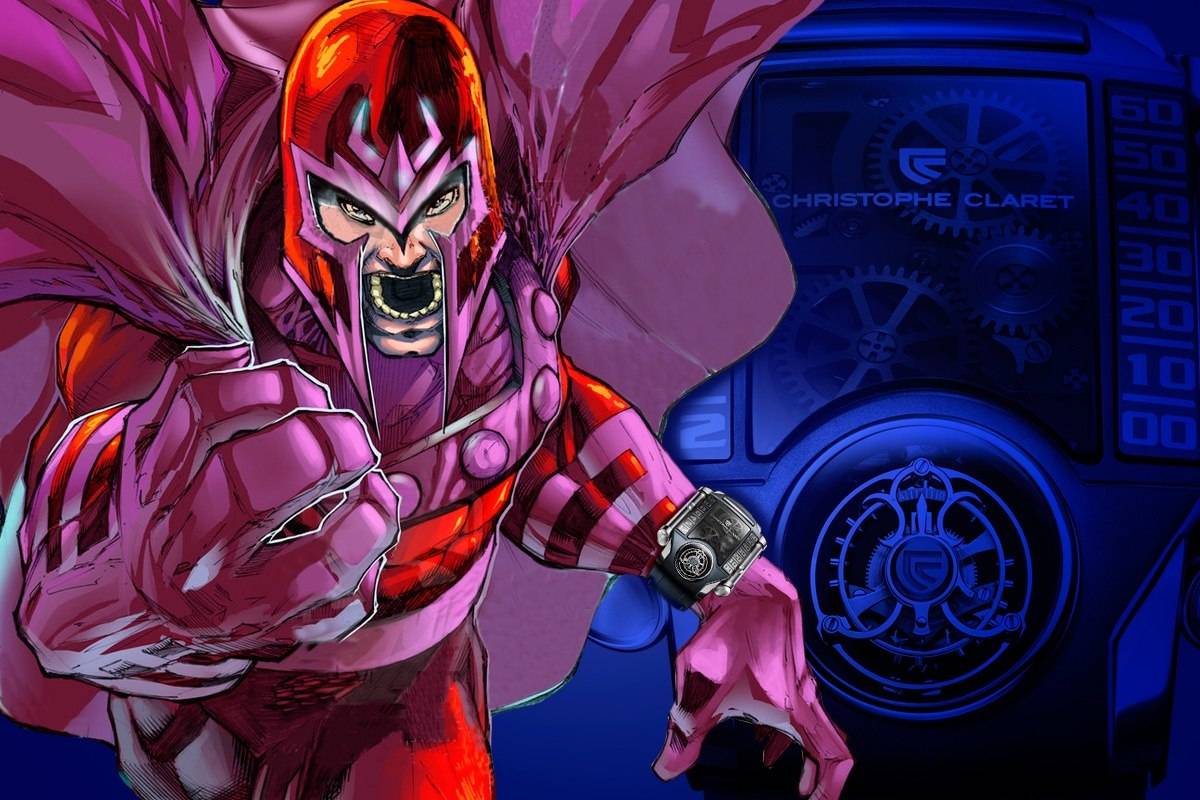 Last week, we featured brute force, in the pairing of the HYT H1 and the Hulk. This week it’s brains over brawn, with Magneto.

Magneto may not always be a hero – he has been portrayed as quite the opposite in the latest X-men movies – but the mutant with the power to manipulate electromagnetic fields is definitely not “a bad guy,” according to his creator Stan Lee.

And Christophe Claret’s X-TREM-1 isn’t a bad watch either. Launched in 2012, the X-TREM-1 became the first of a new generation of mutant timepieces, with major technical and aesthetic changes to the playing field. The watch was radically different from anything we had known, even within the independent world, but would the new design be accepted? Or would it need saving?

Instead of using conventional hands, hours and minutes in the X-TREM-1 are indicated by two tiny hollowed steel spheres that are pulled up and down sapphire tubes by an invisible, magnetic force. As a result, they appear to hover, like one of Magneto’s foes, in front of our eyes, moving magically without any mechanical connection.

The watch is extremely large at 40.80 mm x 56.80 mm, although there is no need – and no option for Magneto – to hide it under the cuff. If it looks all right over a magenta full-body suit, imagine the looks it will get once it’s on a bear wrist.

There is one argument against the volatile combination. Like Magneto, the genius intellect of Christophe Claret has been recognized in the past, but the attitudes towards the two men have differed greatly. While Magneto’s plans often induce fear, Christophe Claret has been rewarded for his, and the Swiss watchmaker even picked up awards in 2014 at both the Grand Prix de l’Horlogerie de Genève and at SIAR.

What the two share however, is the ability to shield their plans from us – although Mr. Claret has refused to confirm the use of an anti-telepathic helmet. Who knows what to expect from Christophe Claret next?