My first moment of fascination with what we now commonly refer to as “Steampunk” was while watching David Lynch’s cult classic film, Dune. Here was a future without a computer screen in sight and every mechanical device looked as if it belonged in Victorian England.

A future where ancient mechanical craftsmanship blends seamlessly with modern technology… I can think of nothing that better exemplifies this today than the modern watch industry. In fact so little in watches has changed, that if you were to take most of today’s finest mechanical watches to Marie Antoinette’s watchmaker (Louis Breguet), he would be able to identify all of its major components and quite possibly have invented some of them. However, if you were to dig a little deeper, you would notice that much of the material being used is completely new (exotic metal alloys, silicon and ceramics just to name a few) and can only be created utilizing technologies invented in the last few years. It is this seamless blending between modern technology and ancient craftsmanship that makes the steampunk movement interesting to me and it’s the same reason I find mechanical watches fascinating.

In the world of watchmaking there are now many manufacturers that have designed watches that would be right in place on the set of an H.G. Wells movie. I’ve decided to narrow my focus on three recent releases that are very special: 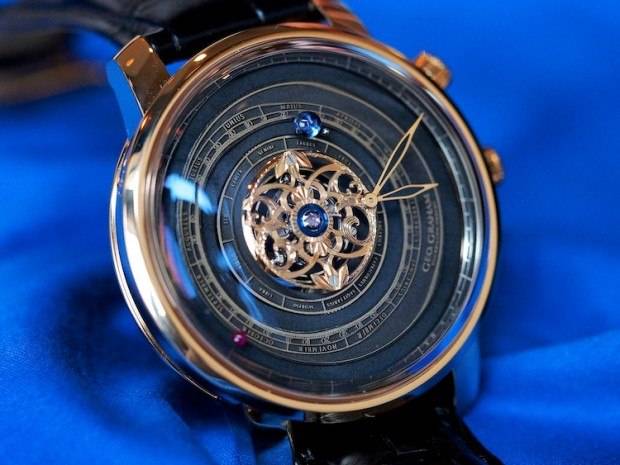 In the year 1713 George Graham created a mechanical solar system model, known as his first Orrery.

Three hundred years later, Graham has introduced the Geo.Graham Tourbillon Orrery. The watch is unlike any other on the market, with a mini-planetarium on its dial.

Geo.Graham’s functions include hours and minutes (off centered) and calendar functions and the following more exotic complications: twelve Zodiac scales with a miniature Earth (in blue sapphire) to indicate the zodiac sign; a solar system including a tiny Moon (in rhodium) which orbits the Earth; Mars (in ruby); and the Sun (in 18K pink gold); a 300 year calendar, and a Tourbillon. The Tourbillon, originally invented by Marie Antoinette’s watchmaker over 200 years ago to improve the accuracy of the timepiece, is still one of the most complex and time consuming watch complications to manufacture, and consequently, one of the most expensive.

Adding to this watch’s pedigree, the mechanical movement — the engine if you will — is designed by watchmaker Christopher Claret (the same designer who created the famed Harry Winston Opus 4).

The Geo.Graham features a 72 hour power reserve, has a 48mm pink gold case and production is limited to only 10 pieces. 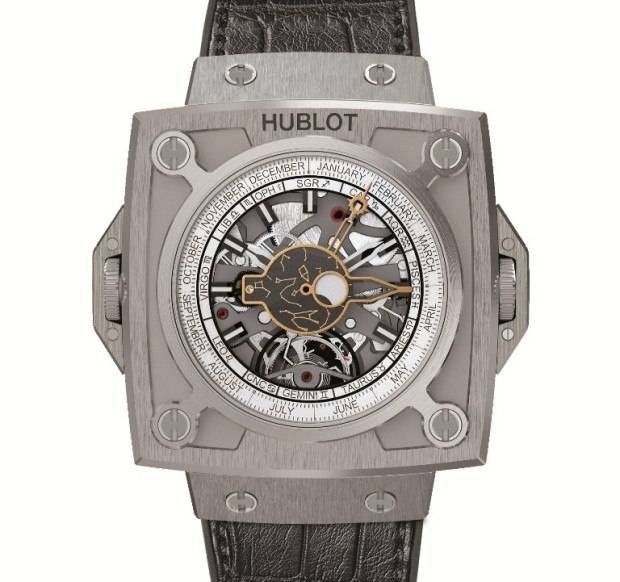 If anything indicates a desire to be taken seriously in the watch market, then Hublot Antikythera SunMoon is it.  A follow-up to last year’s Antikythera watch, this mechanical wonder has the ability to calculate celestial movements, though it uses a completely different system than the Geo.Graham.

The Hublot Antikythera SunMoon watch is a tribute to the Antikythera Mechanism, an ancient Greek mechanical computer which dates to before the birth of Jesus Christ.

Until it was discovered in the early 20th century, it was assumed that no such complex machine existed prior to the 15th century. It was created as an extremely accurate celestial device able to calculate the position of the Sun and Moon, including moon phases, eclipse cycles, and the location of planets. Some people theorize that it was created by Archimedes himself, and was looted by Julius Cesar’s army when it sank in a shipwreck sometime after 100 BC.

The Hublot Antikythera SunMoon is actually a watch and a simplified version of the original Antikythera Mechanism. The watch includes a solar and a lunar calendar, as well as an indication showing the sidereal position of the Sun and the Moon. This is a complication showing how long it takes for the Sun or Moon to reach the exact same position again in the sky as opposed to the earth completing one rotation. It was used by ancient astronomers who wanted to know what zodiac constellation would be in the path of the Moon on a particular night. Since ancient astronomers believed that the Moon and the constellations were gods, knowing their exact position had important religious significance. 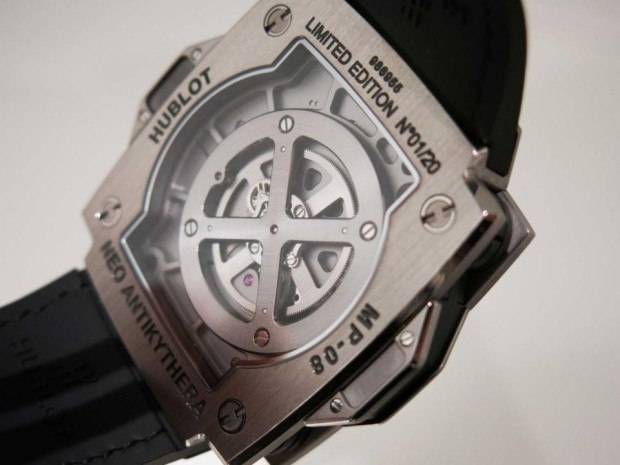 This watch would have been quite handy in ancient Greece, as the wearer could ascertain with extreme accuracy, the phase of the Moon, or more specifically its shape in the sky, the name of the constellation behind the Moon and the time required for the Moon to pass through that constellation.

The Hublot Antikythera SunMoon features a 120 hour power reserve, has a 49.90mm x 49.05mm brushed titanium case and production is limited to only 20 pieces. 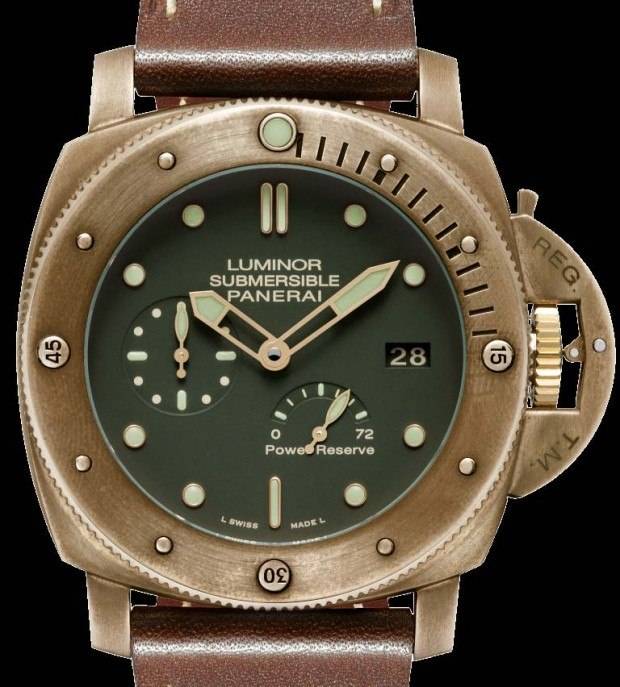 What makes a watch steampunk does not necessarily require that it calculates the movement of celestial bodies. Ancient materials also hark back to an earlier era. Panerai has utilized bronze for this case (the one material most associated with man’s progress from the Stone Age to the Modern Age).

Panerai introduced its original Bronzo in 2011 and it quickly sold out with those watches now selling in the secondary market at more than double their original MSRP. A new version of the Bronzo was released this year at the SIHH fair in Geneva, and it too already has over a one year wait list.

Bronze is a novel material to use as a watch case because it corrodes. Some may see this as a fault, but I view it as a plus. Bronze develops lovely patina over time, and then largely stabilizes and stops corroding. This allows each watch to develop a personality all its own.

There are other watchmakers manufacturing fantastic watches that also fall within the category of “steampunk”: Maximilian Büsser Legacy Machine No.1 (one of my favorites), Thomas Prescher Nemo Captain Triple Axis Tourbillon, pretty much anything from Vianney Halter and others.  The three watches featured above are not the first to calculate celestial movements or use bronze as a case material. What makes the steampunk movement come of age is the fact that it’s no longer relegated to niche manufactures. Major watchmakers have begun to take notice, and in my estimation, that’s just more of a good thing.