Luxury auction house Sotheby’s are set to auction off several rare watche and clocks, including Cartier, Asprey, Jaeger-LeCoultre, Greubel Forsey, Vacheron Constantin, and Patek Philippe timepieces. The lots will go under the gavel as part of the upcoming Important Watches including Magnificent Clocks from an Important Private Collection auction, taking place in Hong Kong on April 7th. The auction will comprise over four hundred lots, from which we’ve picked our top highlights: 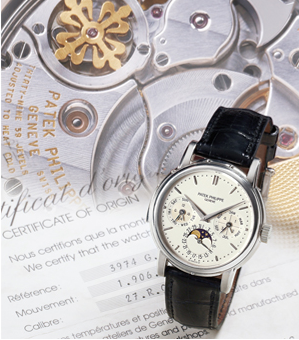 First up is a white gold Patek Philippe minute repeating perpetual calendar watch (ref.3974). This timepiece, which boasts both Moon-Phases and Leap Year Indicators, is estimated to sell for US$257,862 – $361,006. 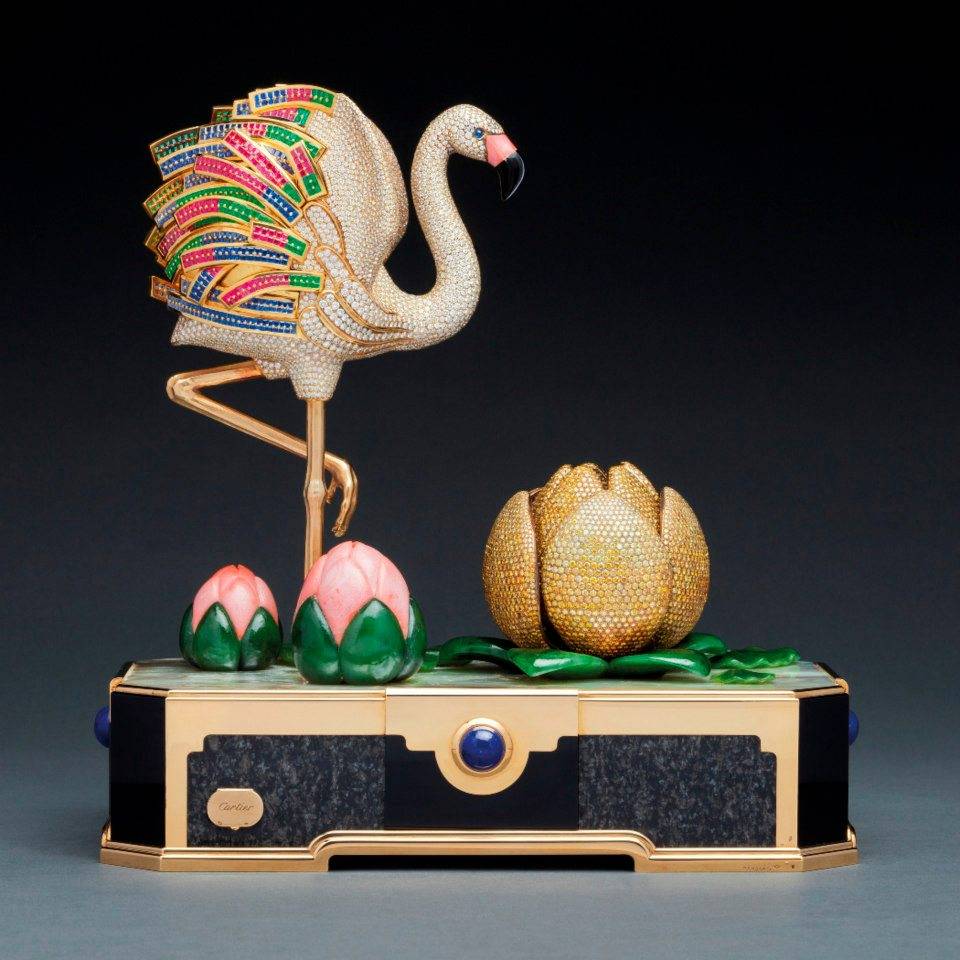 Next up is the “Flamingo and Lotus Automaton Clock”, a piece now synonymous with the Cartier name. The Flamingo is set with over two hundred carats of diamonds, while the lotus is set with a hundred and twenty carats of yellow diamonds. This piece features an automaton, so that when you press a button on the side of the box the leaves of the lotus open up to reveal the clock inside. The clock is estimated to fetch between US$190,00 – $320,000. 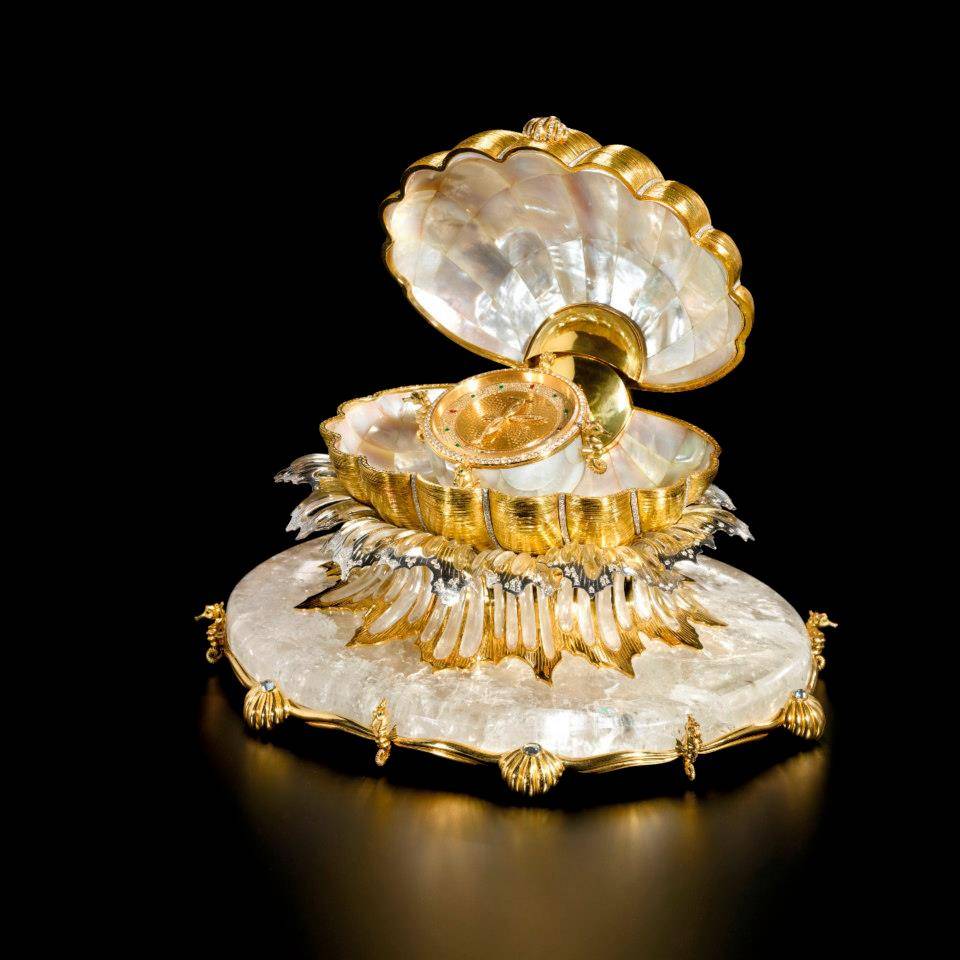 The single most expensive lot from the collection is the “Pearl from the Golden Oyster Clock”. This Patek Philippe clock is sculpted from an oyster shell sitting atop a wave of yellow and white gold. When the shell opens, the dial is revealed on a glimmering pearl, with numerals set in emerals, rubies, and sapphires, as well as a diamond-set bezel. This piece is expected to fetch between US$450,000 – $710,000.

Tim Bourne, the worldwide head of watches for Sotheby’s, says; “This Spring, we will unveil hidden treasures to the world…Fresh to the market and attractively estimated, this tantalising offering will enthral worldwide collectors.  These stunning works of art certainly sing a tune in many people’s hearts and they are sure to find stately homes in many parts of the world.”

IWC Revs Their Engines On and Off the Track