From the very start, Richard Mille watches have been branded as racing machines for the wrist. And very quickly, Richard Mille demonstrated his concept by putting the watches on Formula 1 drivers, famously boasting about the survival of the one Felipe Massa crashed with during the Hungarian Grand Prix in 2009. 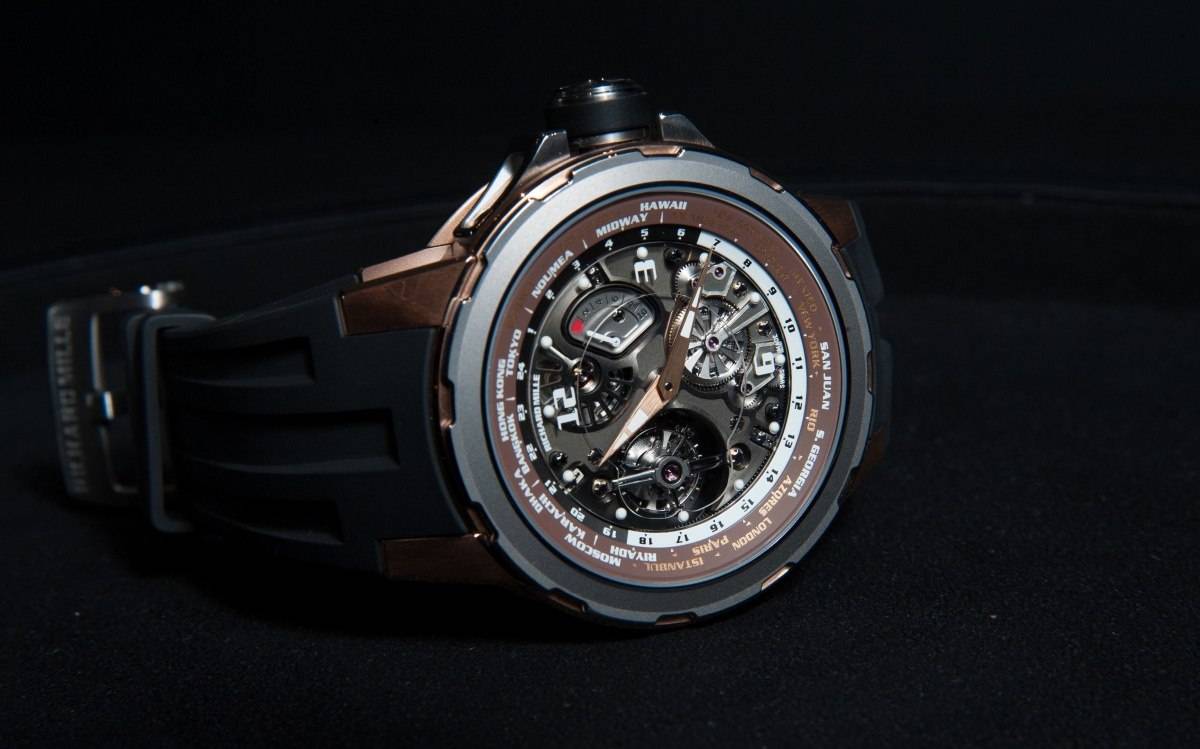 While Richard Mille has expanded into other high impact sports, designing watches for tennis and golf, he remains faithful to the sport that has propelled is brand to the front of the pack. And in return, has made a limited edition Richard Mille RM 58-01 Tourbillon World Timer watch in honor of Jean Todt, President of the FIA (Federation Internationale de l’Automobile. As you can imagine, this is a man who travels quite a lot (rumour is he has visited almost 130 countries in his promotion of auto safety) which makes a world timer the perfect companion. 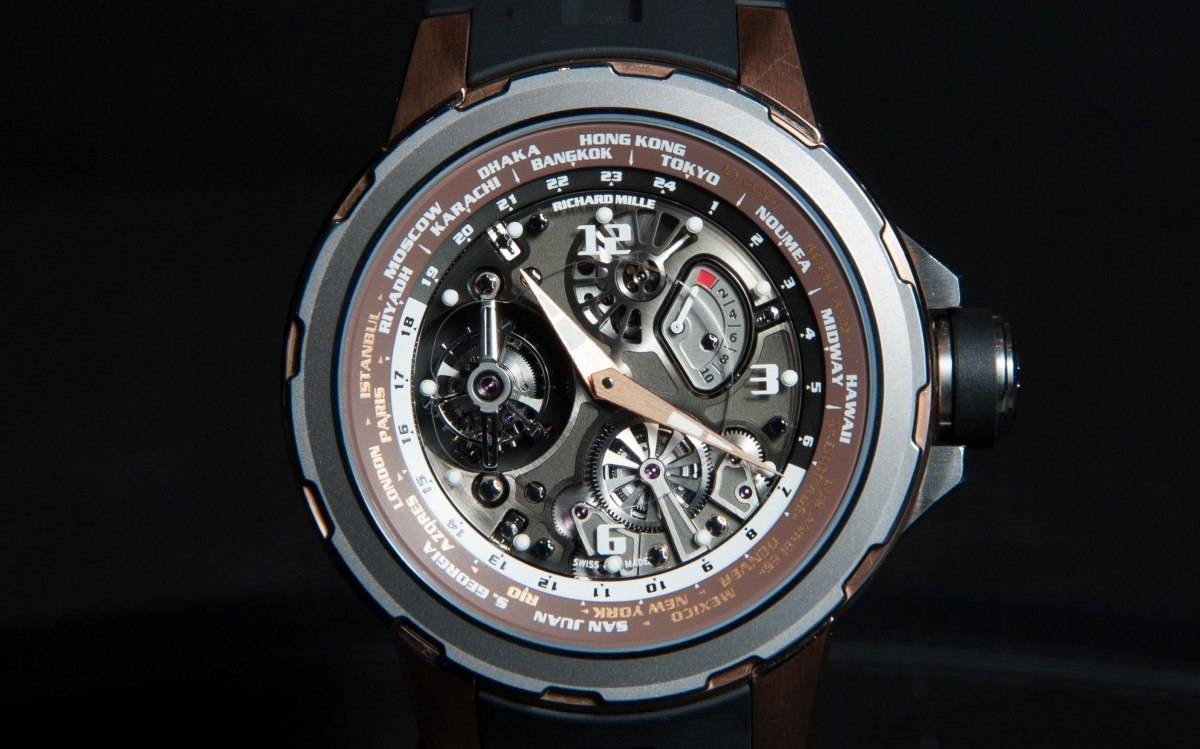 The Richard Mille RM 58-01 Tourbillon World Timer Jean Todt lists the major cities of the world around the dial so that at a glance it’s possible to know the time in different locations. The watch uses a small circular sapphire crystal as the main dial for the lumed red gold hands to allow full view of the plate and mechanics. Odds are a Richard Mille watch incorporates a tourbillon and in this case it’s found with a vertical bridge at 9 o’clock. At 2 o’clock is a power reserve indicator that resembles a car’s fuel tank, in keeping with the automotive theme. 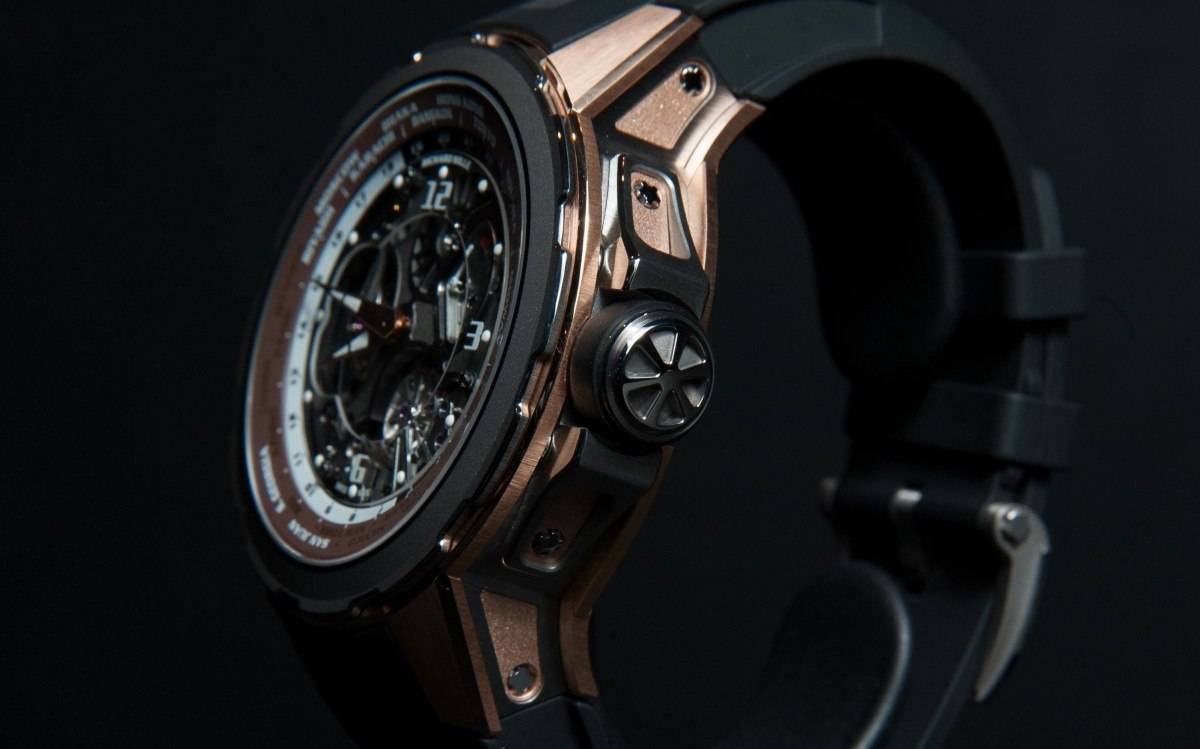 In a 50mm case, the Richard Mille RM 58-01 Tourbillon World Timer Jean Todt is a bold watch. However, it won’t be a heavy burden on the wrist as the middle of the case is made of grade 5 titanium with a nice contrast of 18k red gold for the bezel and lugs. The RM 58-01 manual wind movement with an impressive 10-day power reserve drives the functions. The rest of the movement is on view at the rear of the watch through another sapphire crystal for further appreciation. 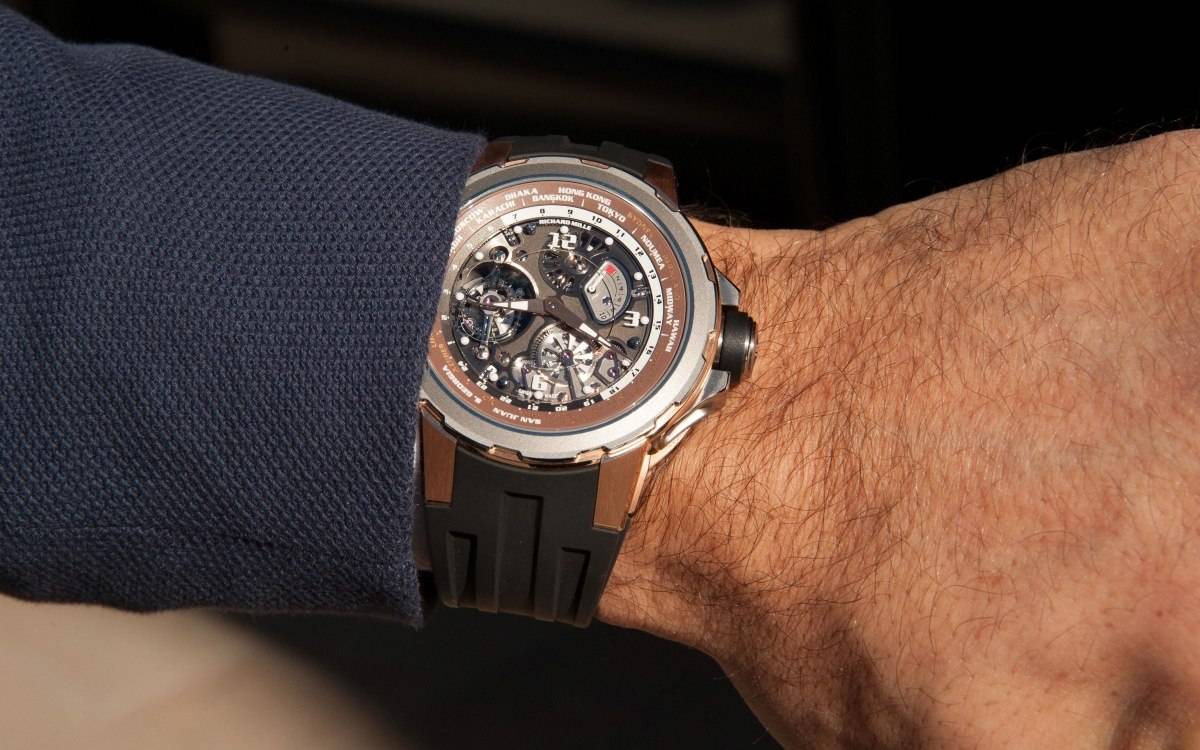 A world timer watch is a great convenience for globetrotters and people doing business in multiple countries. Richard Mille has put his own spin on the complication that beautifully represents the brand in both durability and aesthetics. It’s only being produced in a limited edition of 35, so they are quite exclusive. As an added bonus of buying one you will be contributing to charity. Jean Todt is splitting all the profits with worthwhile programs in the FIA and the Brain and Spine Institute of which he is co-founder and Vice President.