With a return of the Geophysic into the collection, Jaeger-LeCoultre revived in 2014 one of the favorite classic models from the 1950’s. For the upcoming SIHH, they step it up with the introduction of the tourbillon version of the Universal Time. While this watch turned the Geophysic into a cosmopolitan, the addition of the tourbillon puts the watch in line with some of the more complicated offerings of the Haute Horlogerie brand, particularly as it is the very first world time watch with a flying tourbillon! 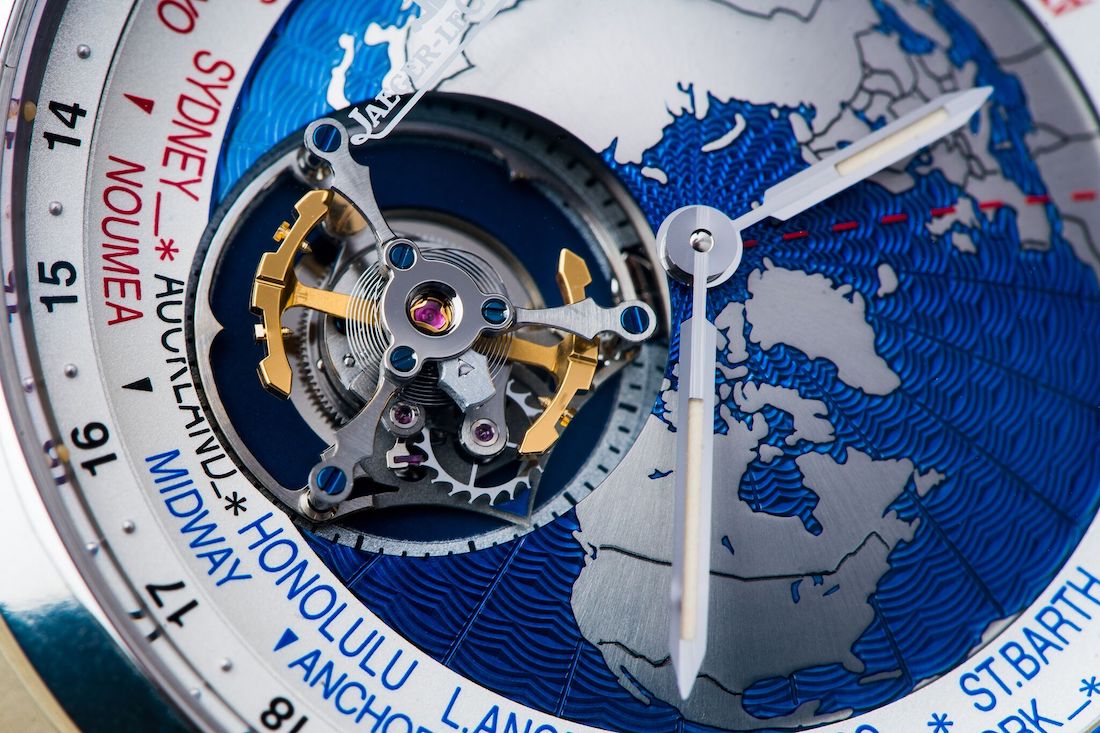 The tourbillon is fitted with the Gyrolab balance that we already knew from the Master Compressor Extreme LAB and the Reverso Gyrotourbillon. Designed with the Jaeger-LeCoultre logo in it, the brand placed it prominently on the dial of the Geophysic Tourbillon Universal Time, amidst the world map and a blue guilloche pattern resembling the waves. It is surrounded by a conical shaped world time ring, in which Jaeger-LeCoultre actually had to cut a bit to make room enough for the tourbillon. That doesn’t matter because in fact it only contributes to the three-dimensional perception of the dial. 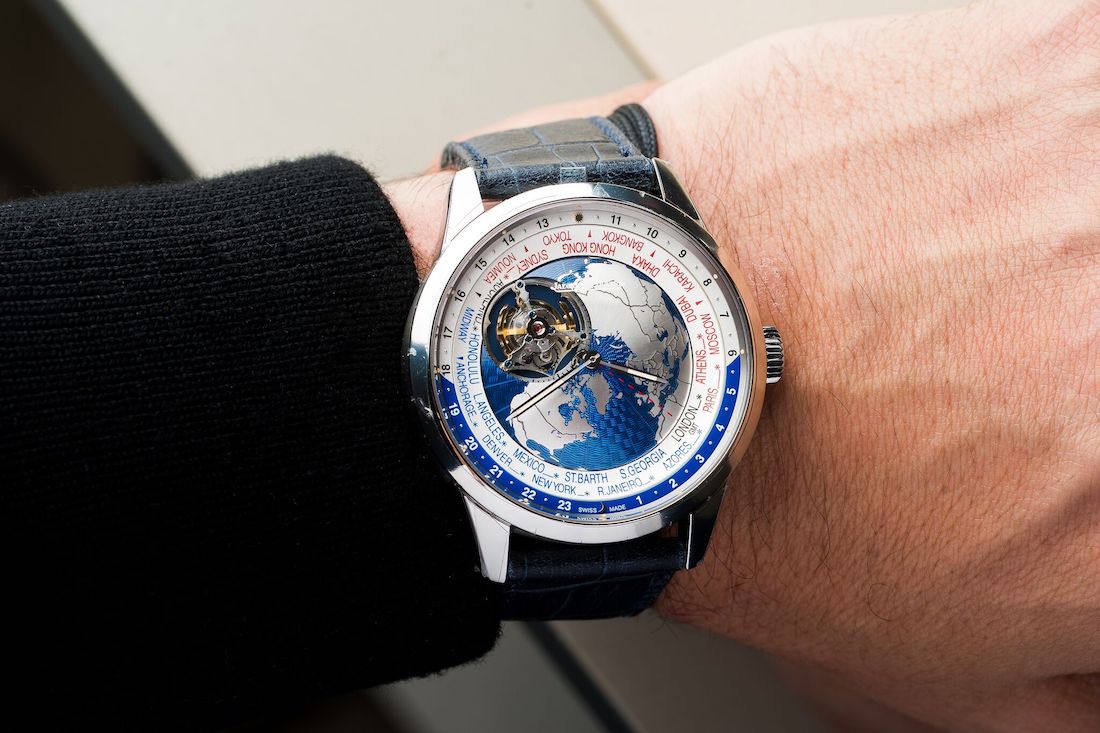 The sword hands are rather slender, and filled with an off-white colored luminova to accentuate the heritage of the watch. The platinum case of the watch follows that of the already existing Geophysic models. The strong, bold lines go actually rather well with the rich dial and bring balance in the overall design. It also gives free way to all the complications to shine, and be the true center of attention. With a diameter of 43.5 mm it is indeed a generously sized watch, but as we know from previous, complicated Jaeger-LeCoultre‘s this doesn’t take away from the wearability of the watch. The brand is planning on making 100 pieces of this model, and we hope to examine it up, close and personal at the upcoming SIHH!

Pre-SIHH 2017: IWC Da Vinci Perpetual Calendar: The Next Chapter Of A Legend