What is the continuing appeal of pirates and privateers? Their sense of freedom or their adventurous life? Whatever it is, it has long ago also infected the world of Haute Horlogerie, and now Skull and Bones-watches form their own niche. New member to this elite group of watches is the X-TREM-1 StingHD by Christophe Claret. 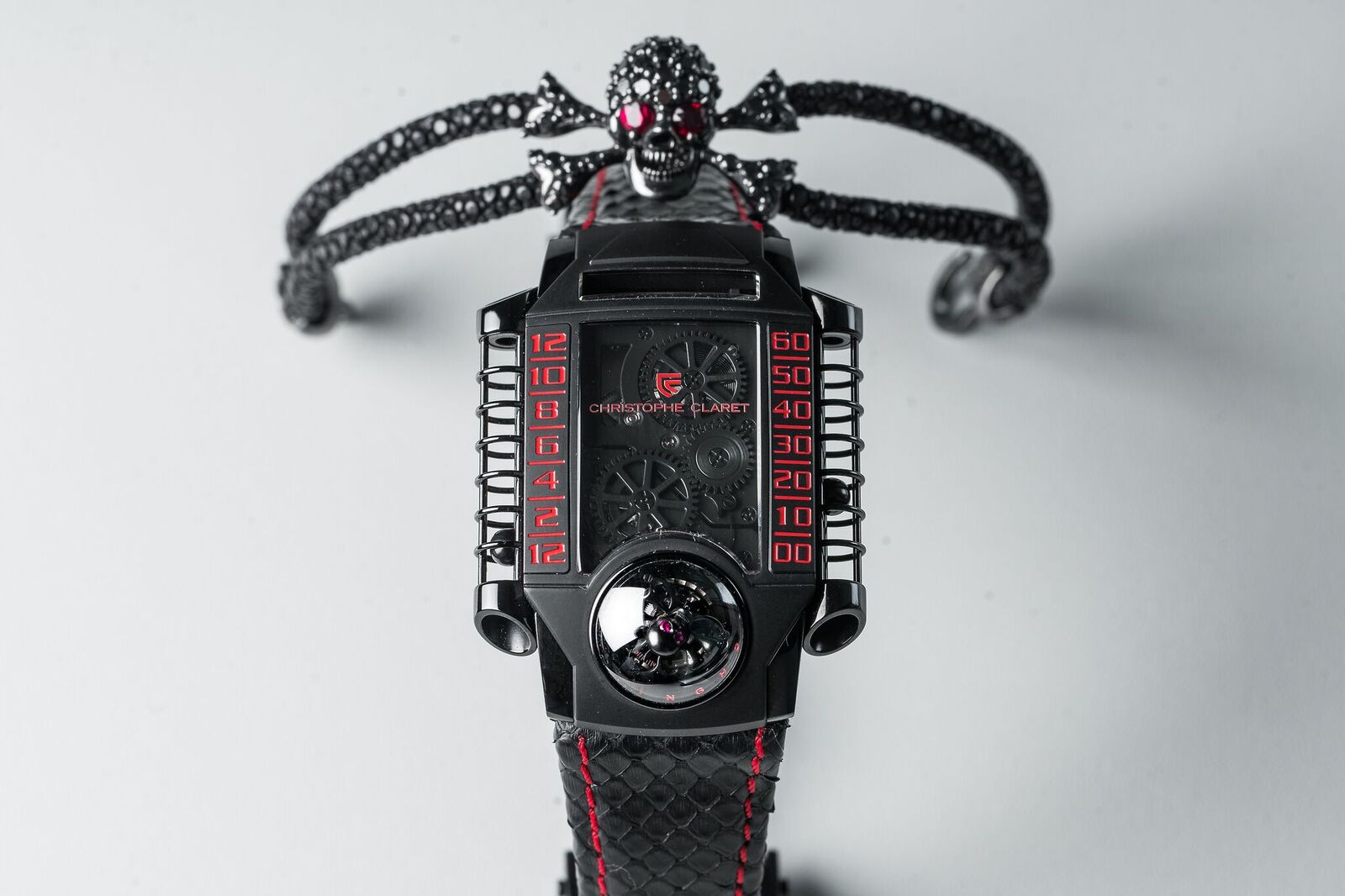 The master watchmaker joined forces for this watch with StingHD. This New York-based jewelry company is best known for their bracelets made out of exotic leather. So it is not surprising that also the X-TREM-1 StingHD is fitted with a black strap made out of Python leather and featuring red stitching. Owners will also get a matching bracelet with a skull featuring a pave setting in black diamonds and two ruby eyes. Additionally, they will also be offered a second strap, which will be made to their own specifications. 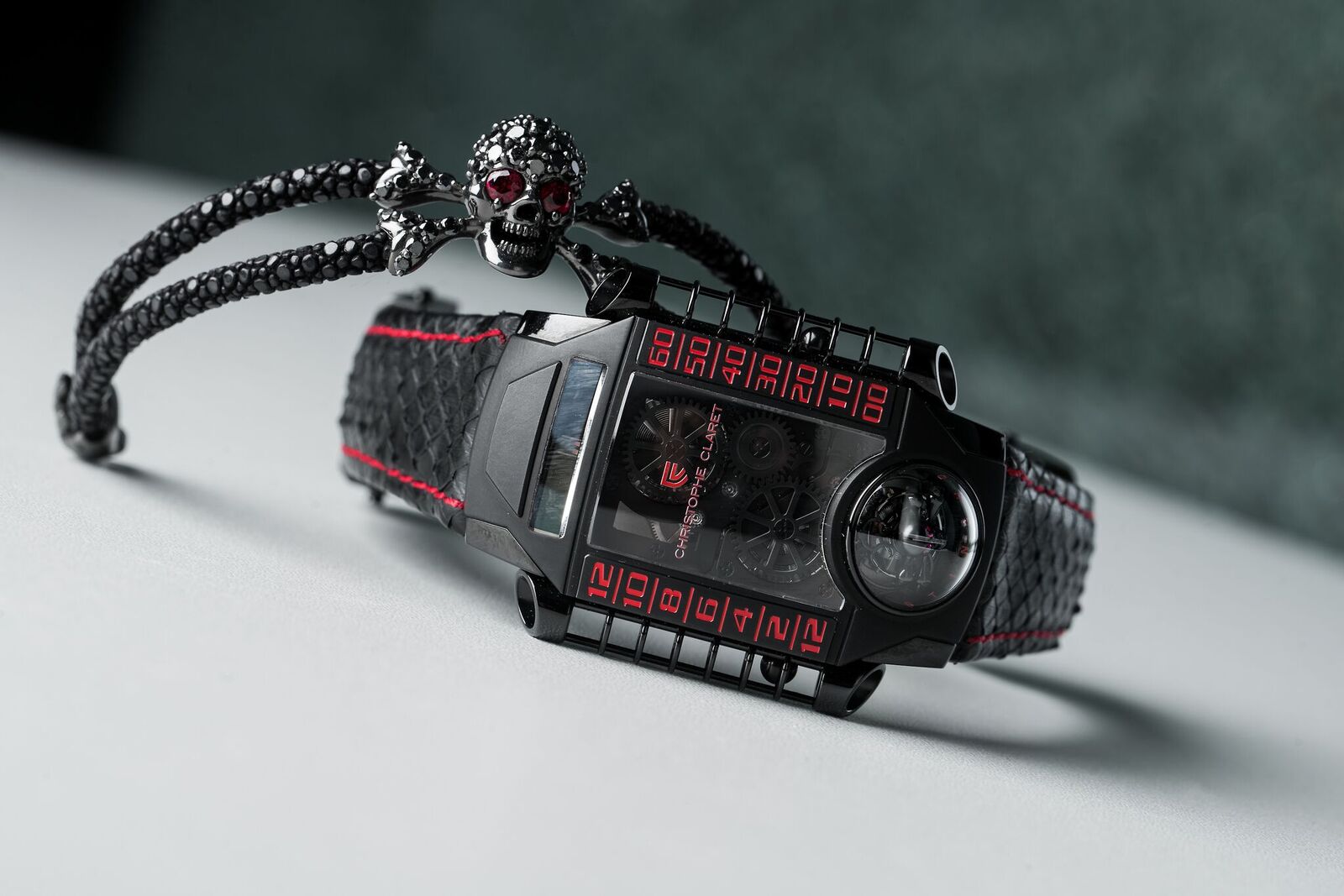 Although you might expect differently, the straps are actually one of the least eye-catching parts of the watch. That honor goes to the black chromo-plated aluminum skull that is the signature of StingHD. Set with ruby eyes, it seems to stare at you, as it turns around on the tourbillon cage.

Of course, the rest of the watch is similar in construction as we know from the other X-TREM models. Two sapphire tubes on each side house a little ball in them that indicate the hour and the minutes. This is indicated by a scale made of red lacquer, while the rest of the watch is crafted from Grade 5 titanium with a black PVD-coating. It gives the watch a very sinister look, suitable for a pirate of a privateer. They will also appreciate the little gimmick that Christophe Claret incorporated in the watch. The sapphire crystal on the front of the case reacts to hot air. When you blow on it, a skull and bones will appear out of nowhere and disappears again when the crystal cools. A nice finishing touch on a watch that will be appreciated by its owners. Christophe Claret counts on finding eight privateers who are willing to spend CHF 278.000,- of their treasure to call the X-TREM-1 StingHD their own.