Piaget threw a star-studded bash celebrating its new home on Rodeo Drive—which also happens to be its largest flagship boutique in the United States—as well as the debut of its ‘Extremely Piaget’ collection last week in Beverly Hills.

Oscar nominee Jessica Chastain was among the stars attending the affair and arrived wearing a dazzling gold, turquoise and diamond necklace.  She was joined by Game of Thrones’ Natalie Dormer, Glee’s Dianna Agron, American Hustle’s Elisabeth Rohm, The Hunger Games’ Meta Golding and Pretty Little Liars’ Sasha Pieterse at the fete, all of whom were wearing Piaget jewels.

The music was an appropriate fit for the collection, which embodies jet-set Hollywood glamour from the ’60s and ’70s. Created for Piaget’s 140-year anniversary and presented at this year’s Paris Biennale des Antiquaires, the Extremely Piaget collection features more than 120 pieces of watches and jewelry.  The ‘Extremely Colourful’ pieces are highlighted by unique gold, turquoise and diamond creations, while others feature emeralds and colored gemstones.  Marquise-cut diamonds are the signature of the ‘Extremely Sparkling’ pieces, ranging from red carpet necklaces to exotic ear cuffs.

The evening’s celebration was held in partnership with the American Ballet Theatre (ABT), which is marking its 75th anniversary.  Earlier in the week, ABT and Piaget co-hosted a cocktail party in honor of the re-opening of the House’s recently renovated Fifth Avenue flagship, as a kick-off to ABT’s upcoming fall gala.

“Los Angeles is one of the world’s great cities and Rodeo Drive is its most glamorous address.  We’ve been looking for the perfect location for quite some time and I am happy that we have officially opened today,” said Piaget CEO Philippe Léopold-Metzger. “This will also enable us to be closer to our friends in the film and entertainment world with whom we have such strong ties.” 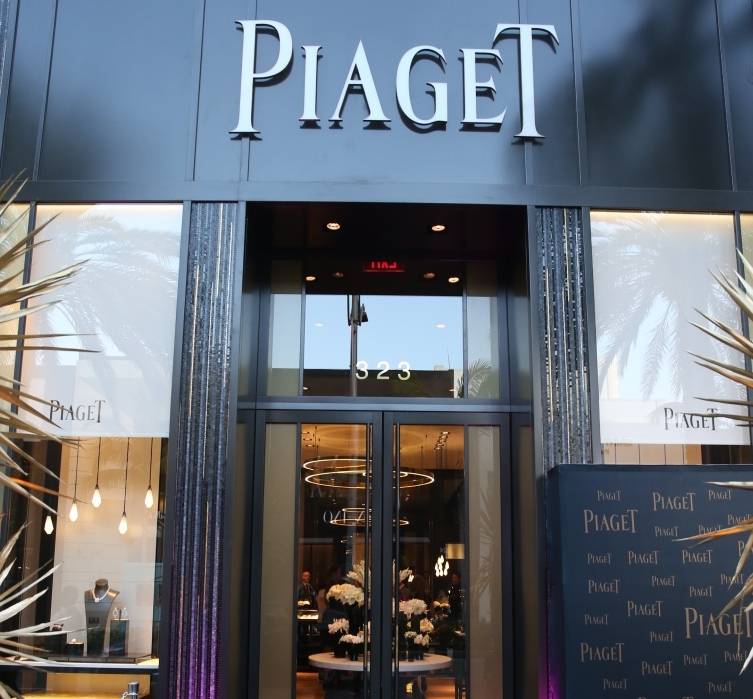