Just two nights after the Academy Awards, Oscar-winning actor and OMEGA International Ambassador Eddie Redmayne stepped out in L.A. to celebrate the release of the Globemaster Master Chronometer.

Redmayne, who was nominated this year for his role in The Danish Girl, joined OMEGA CEO & President Stephen Urquhart with a host of VIP guests and close friends of the brand at Mack Sennett Studios  to launch the new timepiece.

Upon his arrival, Redmayne stopped to preview the new OMEGA Globemaster Annual Calendar timepiece, which was unveiled during the event. He also met with OMEGA VP and Head of Product Development, Mr. Jean-Claude Monachon,  who demonstrated the effects of magnetism on analog timepieces, and the resistance of the anti-magnetism in the Master Chronometer.

During the presentation OMEGA President, Urquhart, introduced the British thespian as the newest international brand ambassador, stating that OMEGA takes their relationship with ambassadors seriously; having worked with Cindy Crawford for over 20 years, and George Clooney for over 10 years, he joked that Eddie “has a long way to go”.

After the dinner, the actor and his expectant wife, Hannah Bagshawe, joined guests in the basement turned speakeasy bar for a performance by Chris Norton and his jazz band.

In addition to his navy Prada suit, Redmayne wore the Globstemaster Master Chronometer, which is set by the fiercely independent Swiss Federal Institute of Metrology (METAS)—the toughest in the industry—which are comprised of eight rigorous tests over 10 days. The Globemaster is the first OMEGA timepiece to emerge from this new testing.

During the event, Redmayne said of his relationship with the Swiss brand, “There’s a romance to traditional watches—a history.  There’s something sincere and honest about them, a sort of integrity. I love OMEGA’s legacy; watches for the Airforce, the first watch on the moon – it’s about storytelling. OMEGA’s history is unrivaled.”

He also talked touched on how OMEGA’s classic take on style eases his experience in the public eye, saying, “As actors, we attend many events, we are often on the red carpet; wearing something that’s classic but also modern, gives me confidence. It’s a wonderful thing, because I don’t have to overthink it.” 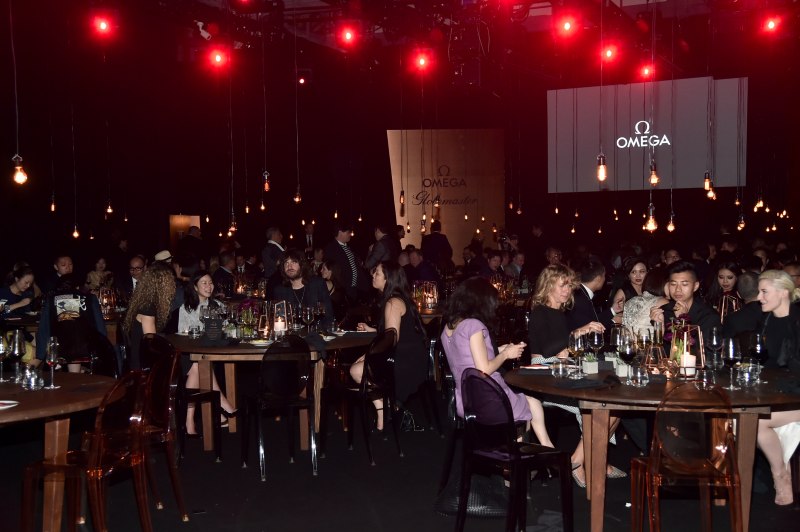 Photo Credit: Haute Time. For more information, please visit the official Omega website. Follow Haute Time on Instagram to catch all of the new releases as they happen.