A Moment In Time With Maximilian Büsser Of MB&F 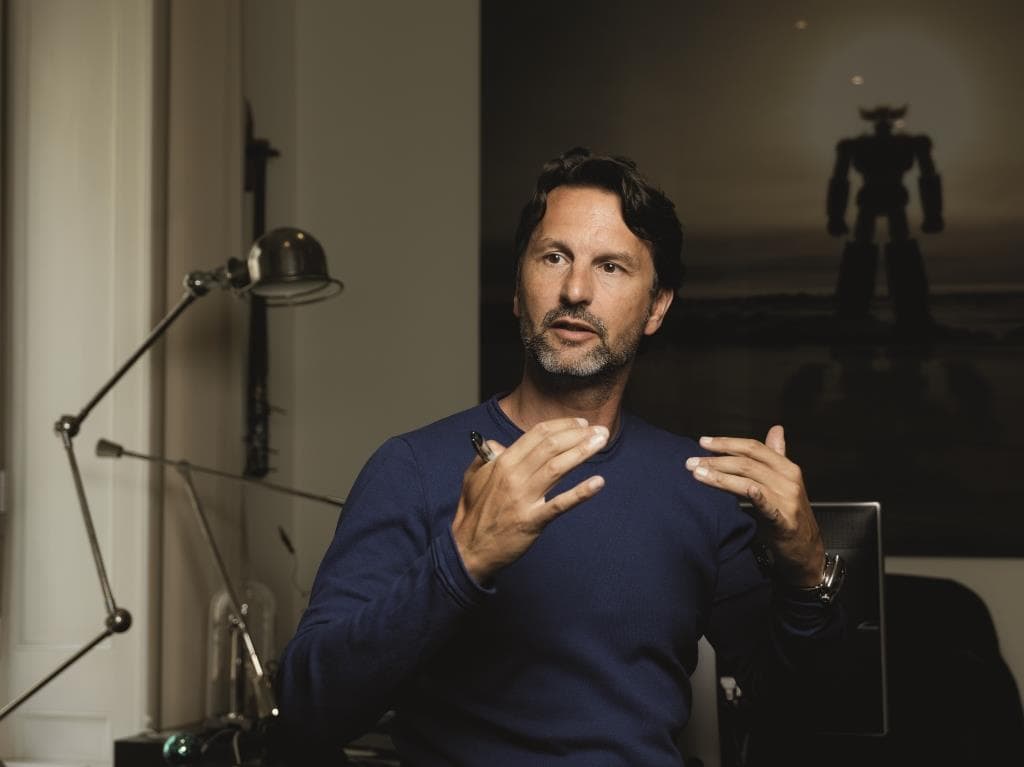 For over a decade, Maximilian Büsser & Friends (MB&F) — a haute horlogerie brand born in Switzerland — has been setting the standard for beautiful timepieces. Haute Living sat down with its namesake, owner and creative director to discuss his inventive watchmaking, his relationship with Los Angeles and the hottest innovation on the market: the $36,000 “Octopod” table clock.

What’s the secret to keeping MB&F at the top?
Creativity is an addiction and, like all addictions, you need the dosage to continuously increase—or else you feel empty and in need. Once a piece has been launched, I more or less lose interest in it. It is always the next creation or creations [that] get my adrenaline [going].

How does MB&F stand out from its competitors in the watch world?
[Since] the beginning of MB&F, 12 years ago, we had a very different outlook on watchmaking. For us, it is art and, as such, we deconstruct traditional, very high-end watchmaking to reconstruct it into a piece of 3D kinetic art. I cannot sing, paint or write, but give me the components of a watch movement and I can come up with dozens of pretty unusual ideas. 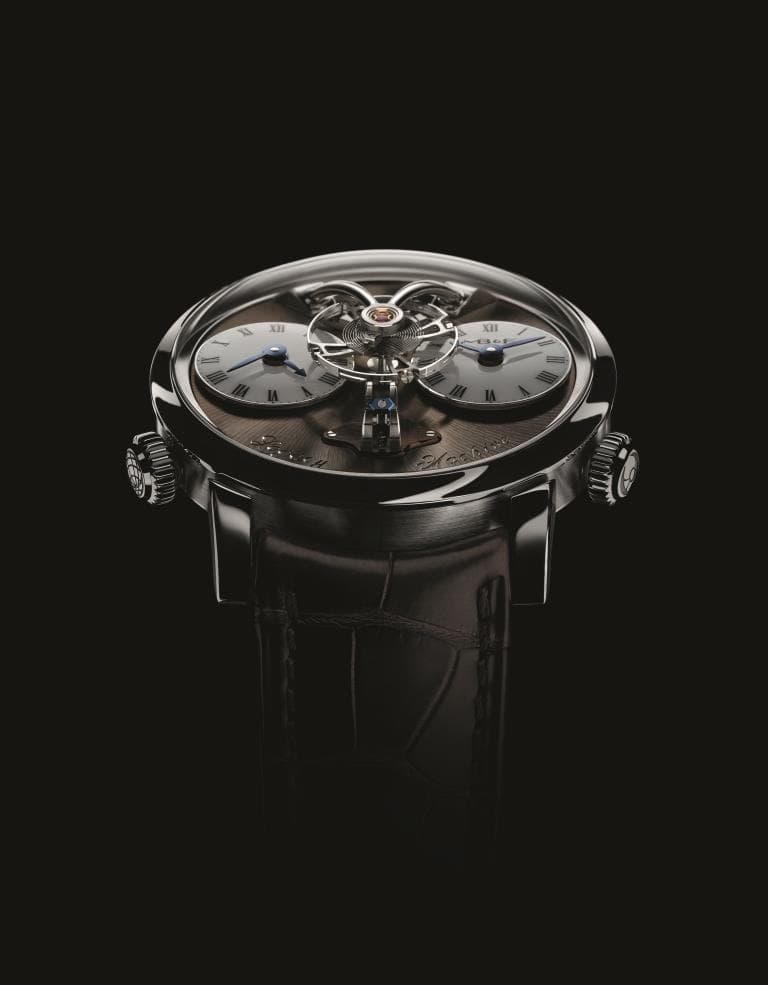 One of our favorite pieces was the MB&F Legacy — it was a huge success! Why did you stop this line with your last edition over the summer?
We did not stop the whole line, but only the original Legacy Machine No.1, which had been launched in 2011. Even though we continue to craft and sell about 60 pieces per year, it was time to retire this crucial piece in our history. The main reason is to increase desirability of the preowned pieces so that the existing owners can maximize the price when reselling them. And we needed the LM1 to give way to the brand new Legacy Machine, which launched on October 10. 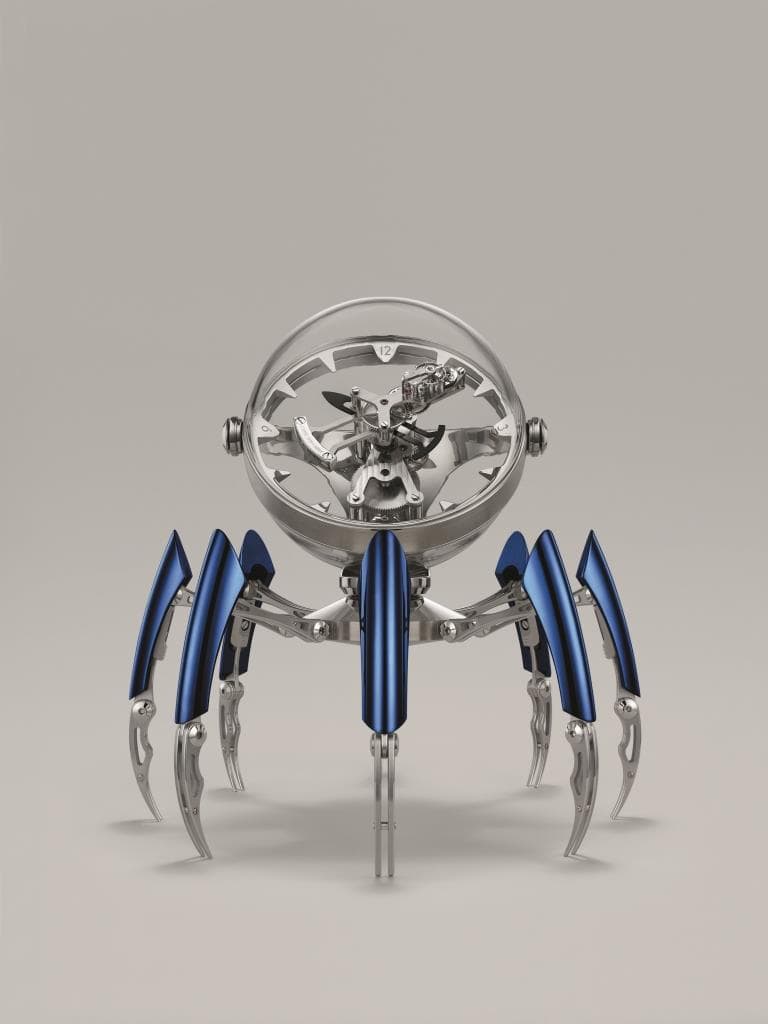 Tell us about the $36,000 Octopod table clock.
Octopod is arguably one of the most amazing clocks we have imagined to-date. It is as if an octopus had dreamed of being a marine chronometer, or the other way around. When was the last time you saw a clock with two hands and eight legs? We reverse-engineered the gimbal on a marine chronometer to enable the clock sphere to turn 360 degrees on two different axes, and each leg has a click system [that] allows you to adjust the height as you wish. More importantly, the regulating system of the movement developed by L’Epée 1839 gyrates on the tip of the minute hand—one could say a 60-minute tourbillon, in fact—and is suspended on a plate of glass in the midst of the sphere, as if it is floating in it. [It’s] a truly incredible piece! 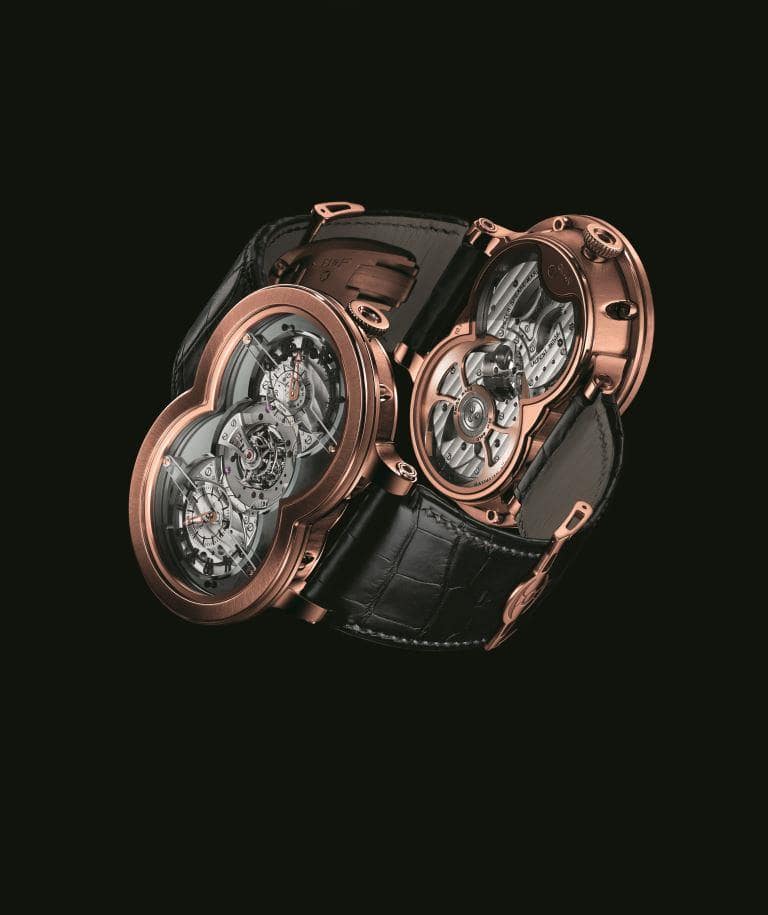 Tell us about your relationship with Westime?
Westime is one of the six worldwide retailers who, in 2005, believed enough in us— or [was] crazy enough—to pay in advance one-third of [its] first order two years before we delivered the first machine… based [only] on a drawing and a crude 3D printed piece of plastic, which was supposed to mimic the HM1. The word ‘friends’ in our name—the ‘F’ in MB&F—always had a real meaning. Without the Simonian family, owners of Westime, and five other retailers, I would not be standing in front of you today. Contrary to what happens in the corporate world, that has a real meaning for both of us.

How does the Los Angeles market compare to others in the country?
Ten years ago, most of my pieces sold in L.A. were to people from all around the world. Interestingly now, 90 percent of the Westime sales are to people in California and the rest of the U.S. Westime is one of our top 10 accounts in the world. Having said that, MB&F will have crafted only 234 pieces in 2017—still a voluntarily very restricted amount!