Though it will probably deter auto enthusiasts committed to the thrill of being in control of a powerful vehicle, the Mercedes-Benz F-015 “Luxury in Motion,” introduced Monday at the Consumer Electronics Show, is a dream come true for lovers of luxury. If one is looking for a bit more convenience and relaxation in their lives, this is the car they have been waiting for. The F-015 eliminates the need for driving altogether. That’s right, this is the first self-driving luxury automobile. A new era in luxury automotive is upon us.

Autonomous driving as a technological concept is itself difficult for one to comprehend, but Mercedes employs a new and revolutionary idea in conjunction with the technology: “Anyone who focuses solely on the technology hasn’t yet grasped how autonomous driving will change our society,” says Head of Mercedes-Benz Cars Dr. Dieter Zetsche, “The car is growing beyond its role as a mere means of transport and will ultimately become a mobile living space.” 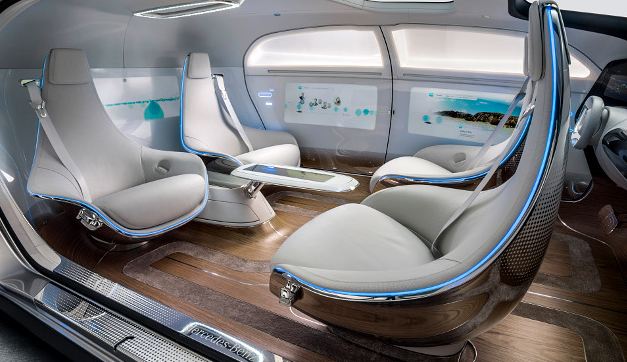 This is a game-changing idea in the world of luxury. This vehicle will not just be a nifty and stylish means of transportation between point A and point B, but an actually desirable place to inhabit. The car brings a new level of comfort to the user by offering maximum space and lounge accessories in the automobile’s interior.

The car’s look may prove jarring to some; it has a purposefully futuristic exterior that looks straight out of some dystopian sci-fi film. Design nuts on the other hand will be watering at the mouth. The look of the car is sharp and difficult to ignore. One needn’t know the revolutionary idea behind the vehicle to see it and instantly know that it is something different. The exterior design perfectly fits the automobile’s concept. 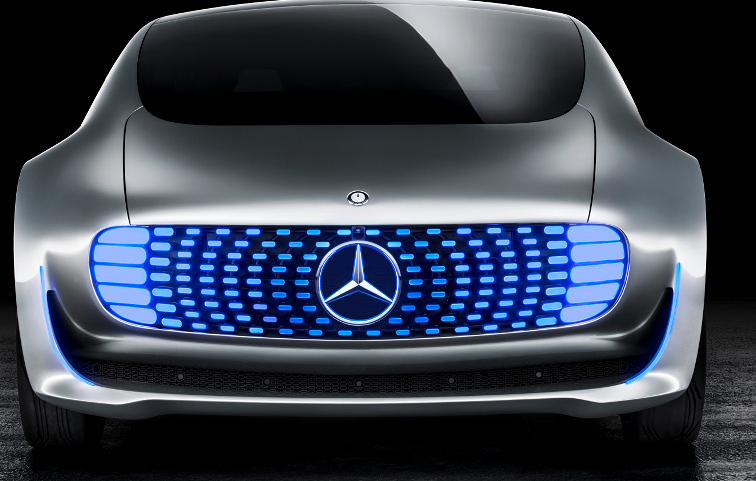 The interior of the car looks like a scaled-back version of a luxury jet’s cabin: beautiful, spacious, relaxing and chalk full of luxurious amenities. Instead of sitting in the car and thinking to yourself, “What am I paying this driver for?” as you check your watch and eagerly await your arrival, you’ll have no such driver to worry about paying.  You can relax, drink and watch old movies on the built-in flatscreen. The windows of the vehicles are screens where you can access the internet. It’s like traveling in the comfort of your personal office.

At the press conference held in celebration of the car, Mercedes assuaged much of the worries surrounding the F-015 and autonomous driving technology in general. How will this car react in traffic? Really well, apparently. Bright blue lights along the front grille turns on signaling to pedestrians that the vehicle has “seen you.” It even can display a fake crosswalk on the street. 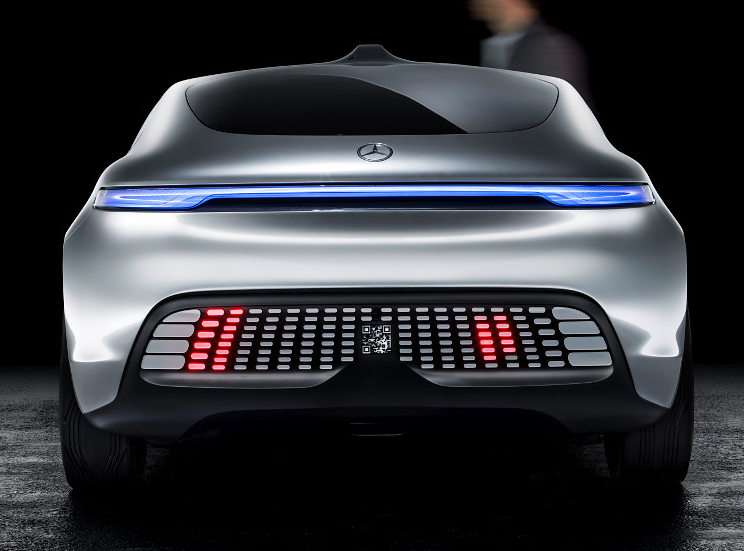 “The car of the future is really good looking, smart, polite, and helpful,” says Zetsche. Despite the astounding technology, stunning exterior design and unparalleled comfort of the Mercedez-Benz F-015 “Luxury In Motion,” the vehicle still may prove difficult to market. Luxury auto enthusiasts are auto enthusiasts after all. The thrill of being in control of a powerful vehicle, like a Ferrari, is the ultimate allure of expensive cars. But one can’t help but think of the F-015 as a game-changer. It should prove particularly appealing to high-level executives working in crowded cities. Instead of being chauffered by a driver and limousine, they will now be able to travel in their own mobile offices. One giant step towards automotive’s future has been taken.

Which Rolex Sea-Dweller DeepSea Is Best?