With Roland Garros in full swing, so is Longines who takes on a role that goes further than just being a sponsor and a timekeeper. For the event, they not only support the current generation of tennis players but also bring in the legends from yesterday and unite them with up an coming aces. For the event, Longines created a temporary tennis field at one of the most epic locations ever, right under the Eiffel tower. 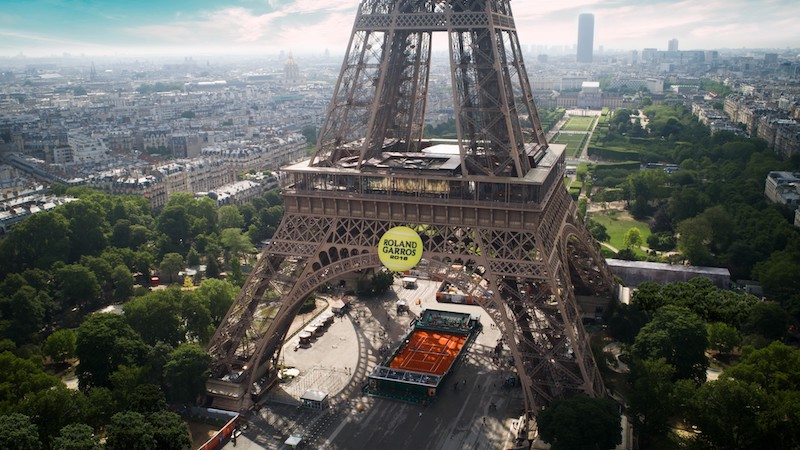 Here 20 young tennis talents from around the world battled each other, to become Longines Future Tennis Aces Champion. If the imposing location, with the Eiffel tower right above them, influenced them, they didn’t show it. They were coached and supported by former No.2 of the world, Alex Corretja and the former No.1 of the world, Arantxa Sanchez. They battled hard and eventually, victory was secured by Switzerland’s Kilian Feldbausch for the boys and Spain’s Victoria Jimenez for the girls.

Longines has a long-standing relationship with tennis and celebrated this year also the ten-year anniversary of their alliance with the charity foundations of Stefanie Graf and Andre Agassi. After the brand was able to entice both champions to take on to the court once again, they also strengthen their alliance with the respective charities at a very exclusive gala evening.

The venue for the evening was the Musee Rodin, located in the heart of Paris. Here guests, and among them, the who-is-who of the tennis world, joined together to enjoy an impressive dinner created by Swiss master chef Jean-Marc Soldati. Longines President Walter von Känel and Vice-President Juan Carlos Capelli took the stage to not only honour the accomplishments of the young aces and tennis legends present but also to introduce a limited edition of the Longines VHP. A set of ten watches will be auctioned off with the revenues supporting the foundations of Stefanie Graf and Andre Agassi. Longines bought the very first set themselves for the museum for $100.000,- while the rest will be made available for the public to bid on by online auction.