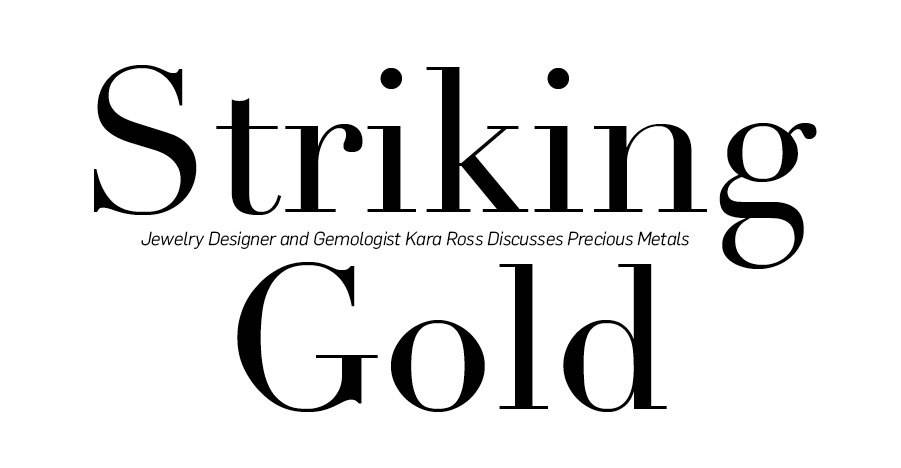 To reach designer Kara Ross’ studio and showroom, you make your way to a nondescript building in the still-pulsing heart of the beleaguered Garment District and ascend to the 15th-floor in an anachronistic manually operated elevator. The lift operators here may be the last of a dying breed, but Ross’ workspace hums with the energy of a fashion line on the rise.

Two tables run the length of the loft, exotic skins concealing their surfaces. A small army of employees hovers around Ross, 46, the quiet eye of the storm, who has taken the eponymous brand she founded as a fine jewelry purveyor to a powerhouse spanning a fashion jewelry and handbag line in just nine years. Success came quickly for the company, but Ross has been in the industry, or studying it, for the better part of her life. Upon graduating Georgetown in 1998, the Pennsylvania native—she attended Agnes Irwin School on the Main Line with friend and fellow designer Tory Burch—enrolled at the Gemological Institute of America. After GIA, Ross sold a line to Neiman Marcus and worked for private clients. Then she put together a collection and showed it to Bergdorf Goodman Fine Jewelry, leading to her current position. “Some people think I started nine years ago,” Ross says. “When really, I feel like I’ve never not done it.” 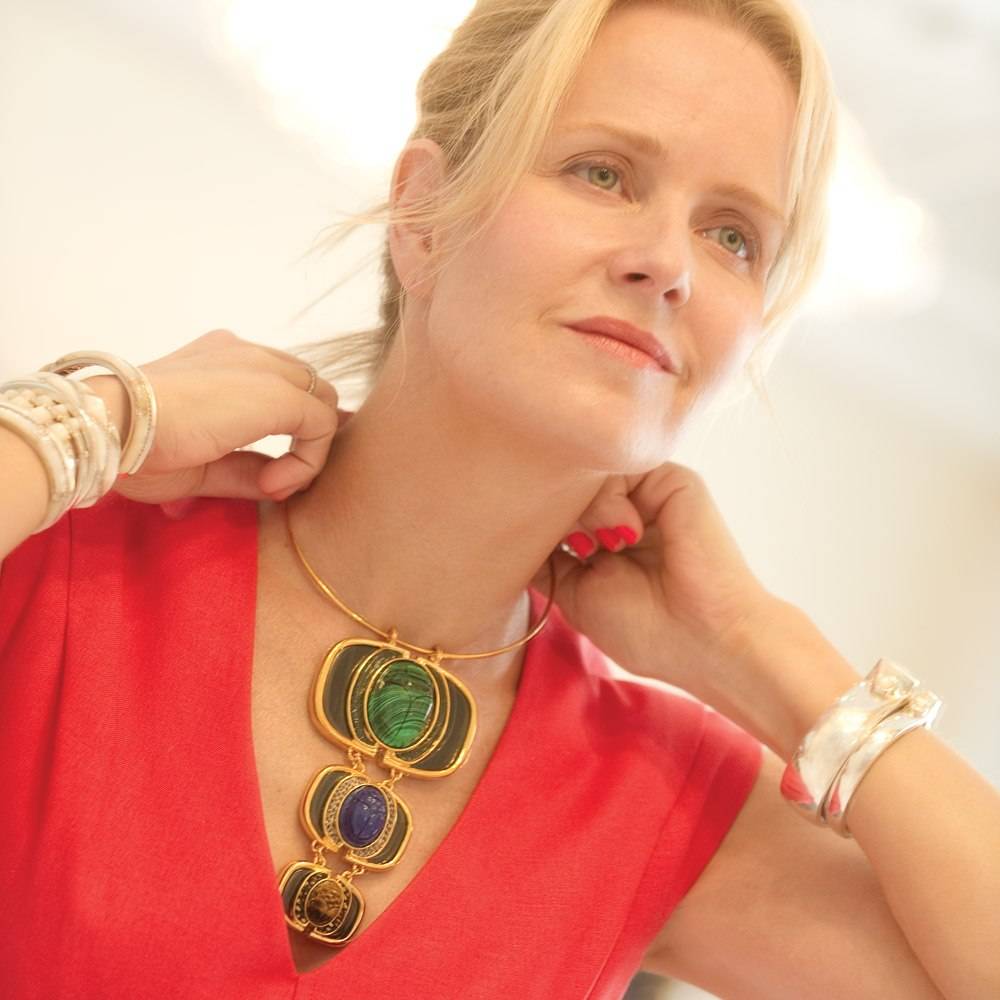 Ross’ academic, creative and business-savvy approach to jewelry has won her fashionable fans including Anne Hathaway, Cameron Diaz, Kate Beckinsale, Alicia Keys and Eva Mendez. Michelle Obama is also fond of the line, particularly its Gemstone Collection. The White House even asked Ross to design exclusive jewelry to be given to visiting dignitaries and departing female aides. “Michelle, I think, is very democratic about what she wears, and she wears a lot,” says Ross. “It’s nice that she chooses a variety of different American designers.”

Despite a fine jewelry collection replete with one-of-a-kind pieces awash with 18-karat gold, Ross’ customer base extends beyond the Hollywood and West Wing-based one-percent. Items in her Kara by Kara Ross line, launched just before Lehman Brothers went under, start at $95 and don’t exceed $500. “Everyone says the economy is coming back, but it’s still not great,” Ross says. The Great Recession may have heightened the appeal of her tasteful pieces that avoid ostentation. With the fashion jewelry, “price point really is the first factor.  It’s fun, young and playful, and it’s not a lot of bling. ”The main brand’s sterling silver line retails for $300 to $4,000. Ross says her fine jewelry starts at $4,000 “and goes up.” Items for sale in that range include Triple Fire, a “grasshopper” ring with fire opal and pear shaped turquoise cabochons in 18-karat gold, and Cyclical Connection, hand-blown glass balls with 18-karat gold and platinum leaf, connected by handmade sterling silver. For by-appointment clients interested in such creations, Ross acknowledges that stock market fluctuations “really don’t matter.”

Ross displays all of her collections in the same snug, well-appointed showroom that bursts with color. The fashion line rests against a “cool, modern” acrylic, the top-end goods on grey suede. Fashion Week’s big shows are “really about apparel,” says Ross, so it’s essential to create a sensory experience for the up-close presentations that intricate jewelry demands.

For now, Ross is enjoying her success and not rushing into future expansions. She has two daughters and two stepdaughters with husband Stephen M. Ross, the majority owner of the Miami Dolphins and C.E.O. of Related Companies, the real estate firm behind the Time Warner Center’s development. “The kids and the family are the most important thing and the business is second,” Ross says. But she makes time for charity work and steers her alma mater as a leading board member. “The third most important thing to me is Georgetown. I love the school. I think it’s so unique, and I made so many great friends there.”
Ross is also a global ambassador for the Susan G. Komen Race for the Cure and sits on the Museum of Modern Art’s photography acquisition committee. It’s a fitting position for the career aesthete, whose professional ambitions don’t currently include further expansions. A small retail space would be welcome and could serve as a “laboratory” for new ideas. “But right now,” Ross says with characteristic understatement, “I kind of have my hands full.”