The Two Faces Of The Jaeger-LeCoultre Reverso Tribute Gyrotourbillon

The Reverso Tribute Gyrotourbillon is a unique watch in many ways, and even in the extensive Reverso collection, it is one that stands out. This is of course due to that unique complication: the Gyrotourbillon. 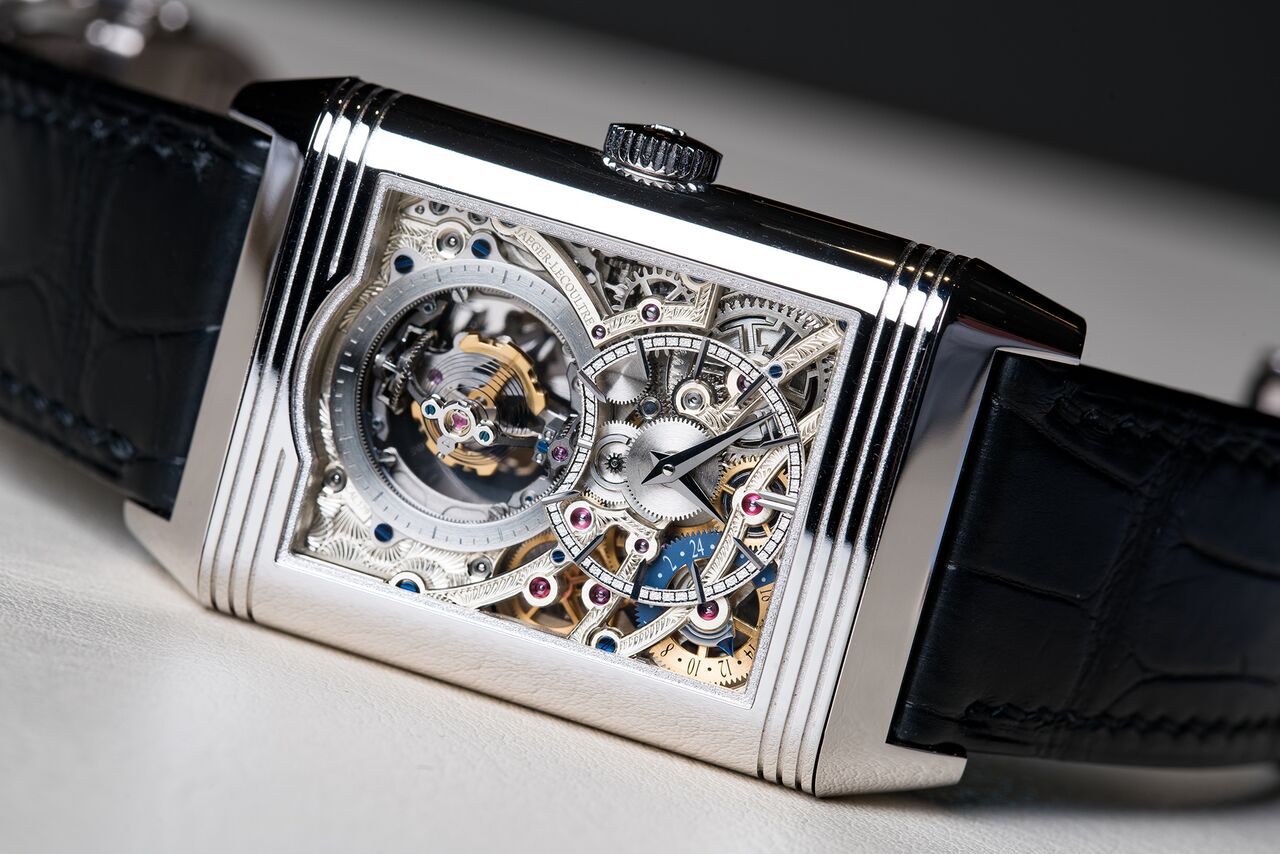 It is not the first time that the Gyrotourbillon is being released inside the Reverso case. That honor belongs to the Gyrotourbillon 2, which was released in 2008. An imposing watch, not only because of the complication but also because it was 55mm long 36mm wide and 15.8mm thick. It was also made out of platinum, making it a very large, and very heavy watch. Compared to this, the Tribute is more modestly sized, being 51.1mm long, 31mm wide and 12.4mm thick. It is also made out of platinum, so still a very substantial watch, but not to the point that it becomes uncomfortable to wear. 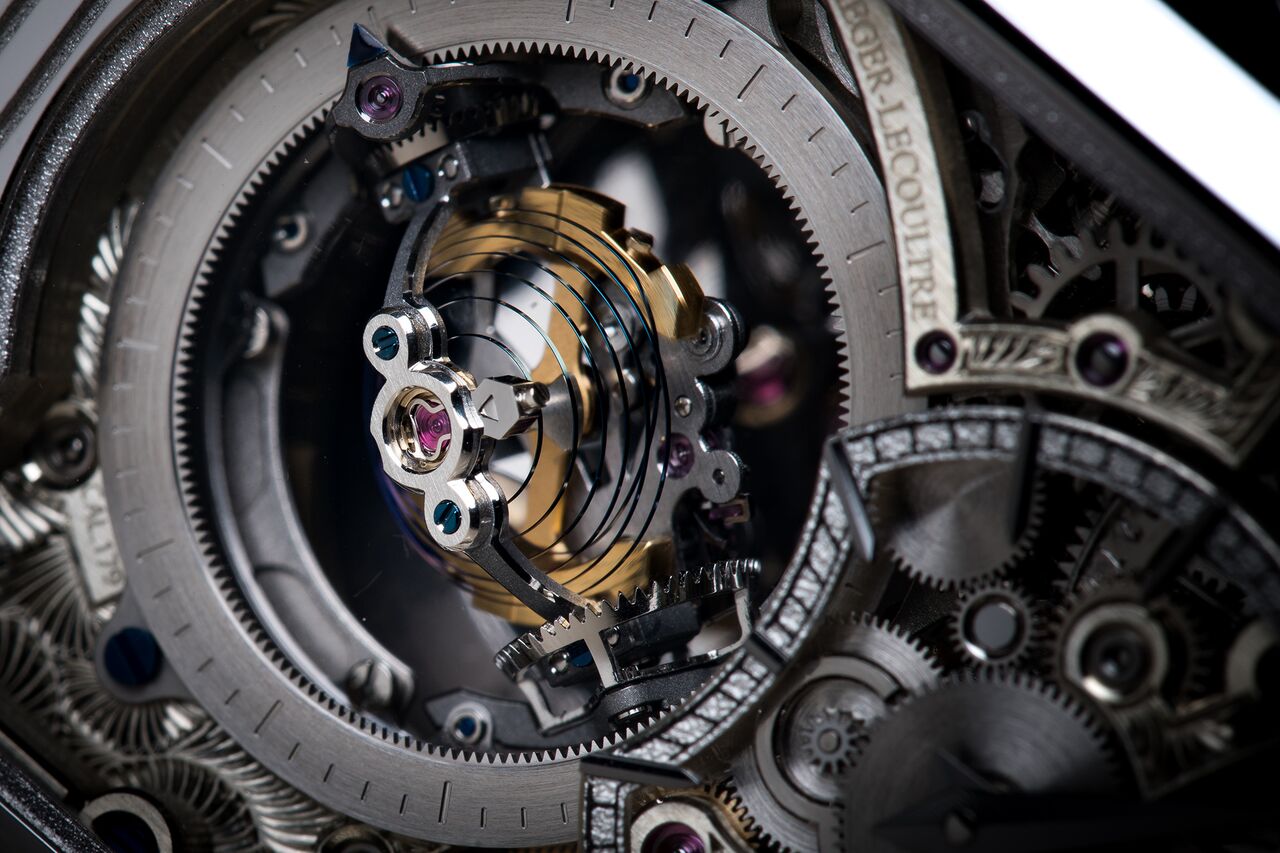 Of course, center stage of this watch is for the Gyrotourbillon. This multi-axis tourbillon, with its semi-spherical balance spring, is absolutely mesmerizing to look at, and you can do so from both sides. Thanks to the signature swivel case of the Reverso, this Tribute Gyrotourbillon features two dials, one on each side. The first one features a classic, silver grained dial with appliqued hour-markers to display the hours and minutes, with a small disc on the side of it serving as day/night indicator. The back displays the second dial, or actually lack of it, as Jaeger-LeCoultre beautifully skeletonized and engraved this side. However, two hands indicate the time in a second time zone, with a 24-hour indicator beside it. 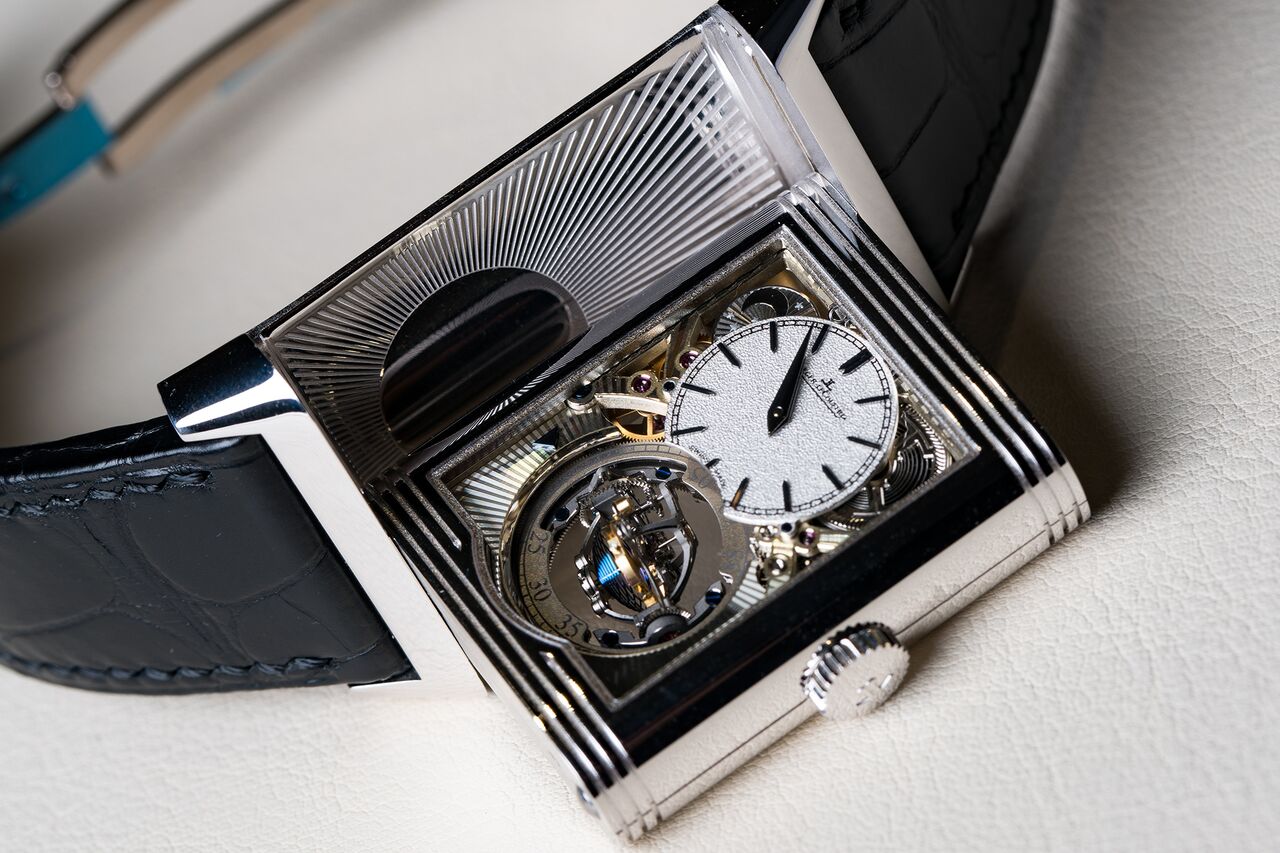 The result is a watch that reaches pure synergy, as it takes full advantage of the unique Reverso case, showcasing the unique abilities of the Gyrotourbillon, while at the same time being far more wearable then its predecessor. That makes this watch a true Haute Complication!

Four Perfect Watches To Get Ready For Autumn

Three Of The World’s Most Expensive GMT Watches