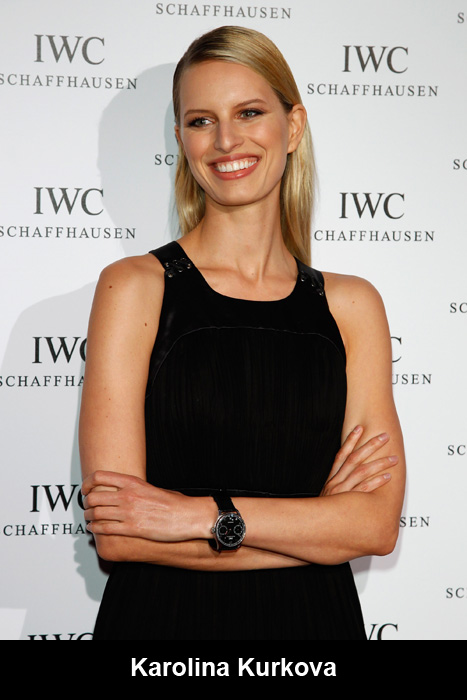 The night saw the awarding of the Finch’s Quarterly Filmmaker Award from producer and media entrepreneur Charles Finch to Terry Gillian, an American-born British screenwriter, animator, actor and member of the Monty Python comedy troupe. The notable director also received an IWC watch with an engraved dedication for his exceptional flair in filmmaking.

After dinner, the guests were treated to a special concert by Aloe Blacc, who kept the night afloat by serenading the audience with memorable soul hits.

IWC and the film industry have had several interactions showing the brand’s dedication to the art of filmmaking. For one, the brand has indisputable relationships with a number of film stakeholders such as film directors, producers and international actors. It has produced film projects with its Friends of the Brand. Leading actors in movies “Wall Street,” “Ocean’s 13,” and “RED” donned IWC timepieces that best matched their characters. Likewise, protagonists in US TV series “Grey’s Anatomy,” “Private Practice,” and “Gossip Girl” also favored the brand.

“For years now we have had a passion for film and film-making. We are happy to celebrate it here in Cannes with other like-minded individuals and friends of the IWC brand,” Georges Kern, IWC CEO, said. “Every director tells a story with his films. At IWC, storytelling is the basis or, to be more precise, part of the DNA of everything we do.”

Hublot Honors the Fastest Man with a Watch Designed After Him