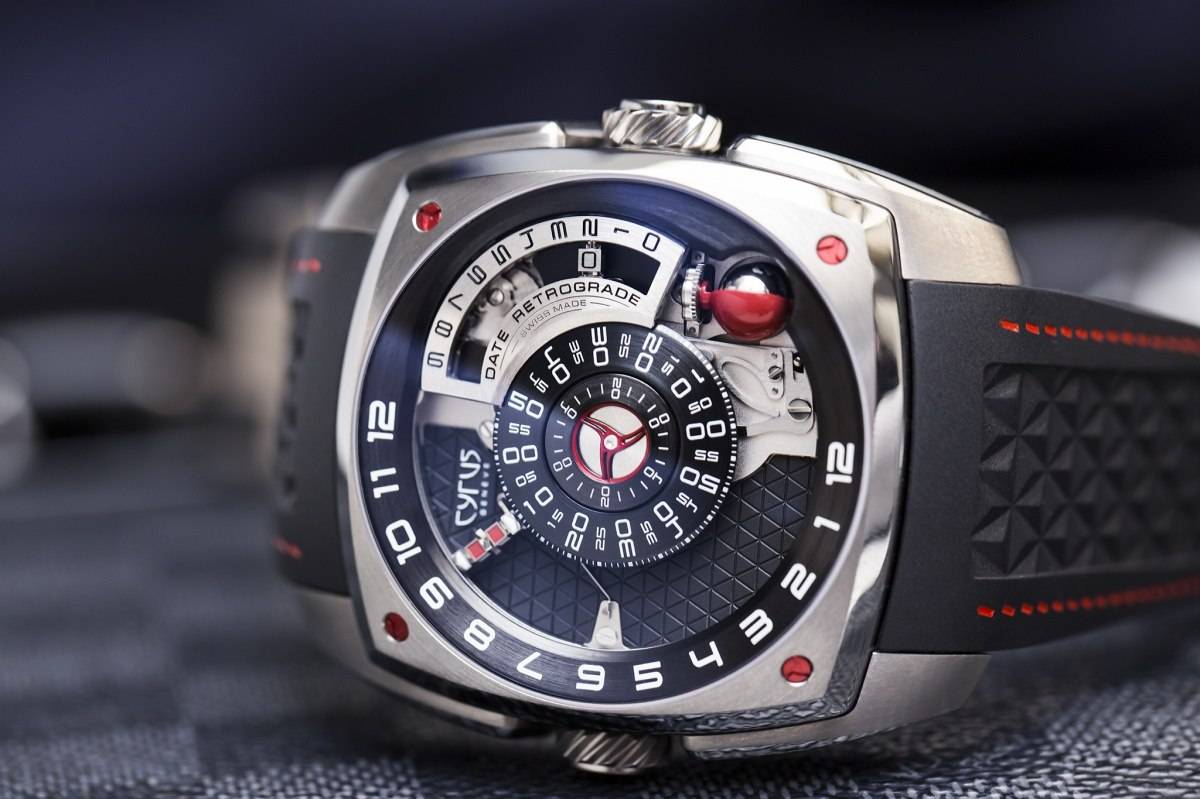 Named after Cyrus the Great, founder of the Persian Empire and father of the oldest form of a declaration of human rights according to scholars, Cyrus is a niche watchmaking brand created by two cousins. Laurent and Julien Lecamp, a watch distributor and an architect respectively, came together a few years ago to create timepieces that would unlock the past and chose the former emperor’s name to represent their brand. In 2014, the brand found new direction when Ruben Mira took over as CEO, giving the company focus and opening its network by adding brand ambassadors such as World Cup winner Mesut Özil and daredevil Freddy Nock.

This year, the brand introduced the Cyrus Klepcys Moon Master Titanium Watch at Baselworld 2015. Designed by Jean-Francois Mojon, a watchmaker who has lent his creative talent to brands such as MB&F and Harry Winston, this self-winding watch packs several complications powered by the in-house Calibre CYR598, that are both clever and beautifully executed. 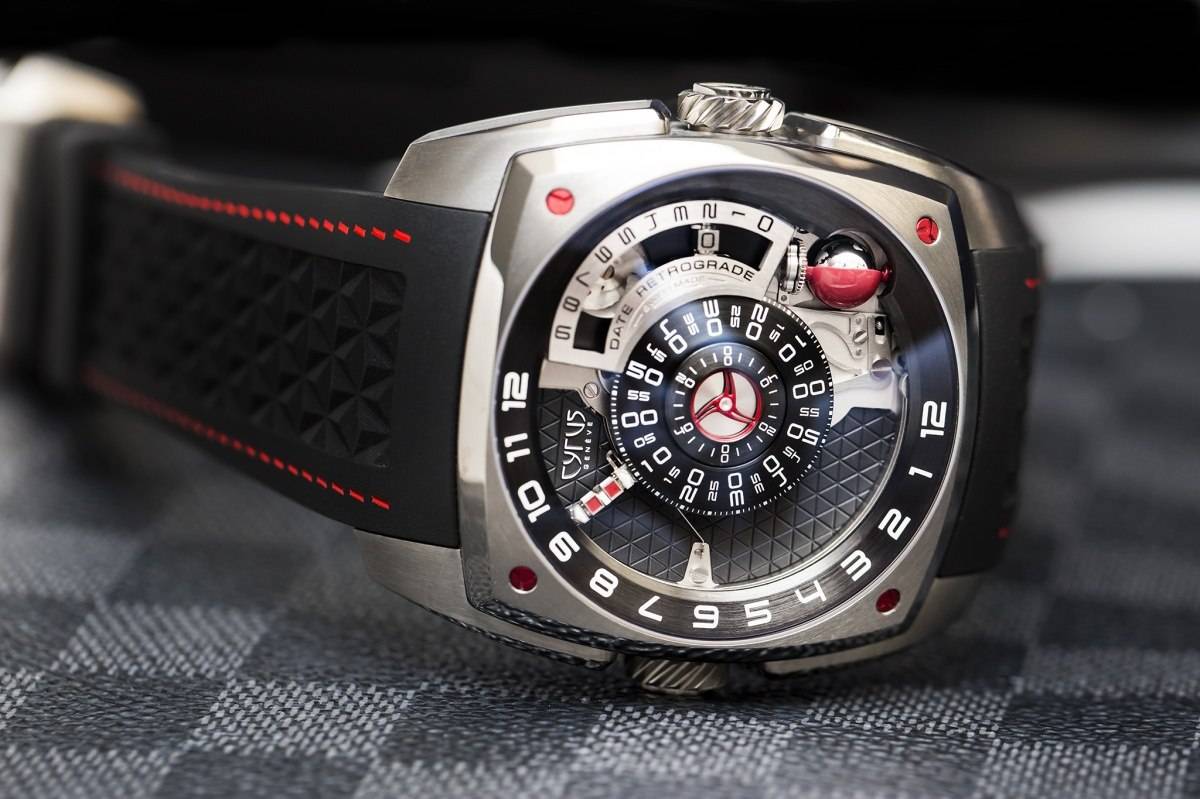 Almost every single element on the dial revolves, around the watch and around itself, before flying back to its original position. It’s a dramatic watch to say the least. Hours and minutes are indicated by the same red hand; which also features two squares that act as a day/night indicator by either showing its white (daytime) or red (night-time) sides. Meanwhile, the smallest and innermost dial at the center of the watch indicates the seconds.

The upper right section of the dial contains a retrograde date and with a unique design, whereby the counter (indicating the first digit of the date) moves along from 0-9 (indicating the second digit of the date) before flying back and revolving to the next first digit. Sitting just below this is a three-dimensional spherical moon with a mobile cover to indicate the moon phases. For a full understanding of how the watch works, I recommend you watch the following video starring the Klepcys:

The more complication you add under the dial of course, the bigger the watch will be. But even if this watch is rather imposing on the wrist – all 48mm of it finding it difficult to hide under the wrist – its design has the strap going straight into the case and the shape itself still makes it comfortable on the wrist with out feeling too bulky. 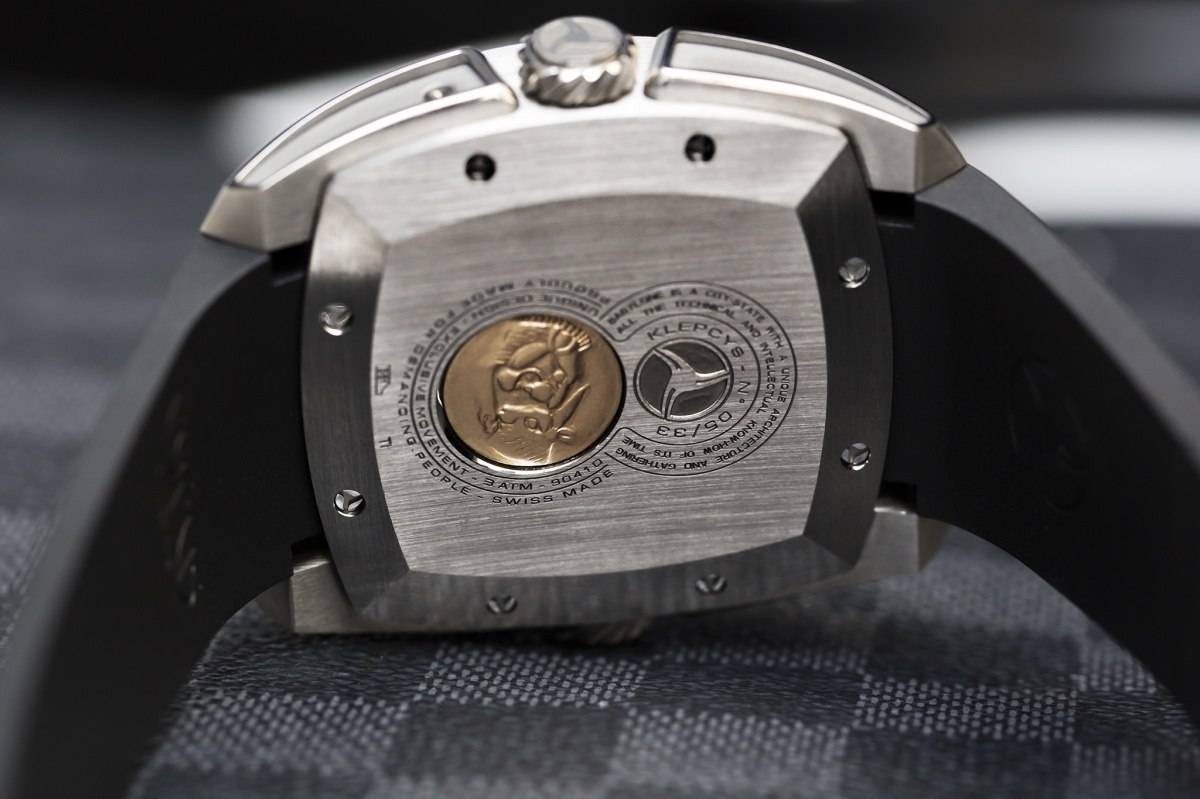 Unfortunately, the watch hides most of the mechanics behind a solid caseback. However, turn the watch over and you’ll find another treasure: an identical copy of a more than 2,500-year-old coin, fashioned during the reign of Cyrus. The Klepcys is a really interesting piece from a young brand that has already built a strong identity and used some real innovation and originality.

The Cyrus Klepcys Moon Master Titanium Watch is limited to just 33 pieces, and the watch is also available in limited series in either 18 carat red gold or 18 carat grey gold, and Grade 5 titanium with a Diamond Like Carbon (DLC) finish.

Photo Credit: Haute Time. For more information, please visit the official Cyrus website. Follow Haute Time on Instagram to catch all of the new releases as they happen.

Haute Time Watch Madness: Vote For The Best Watch Of The Year