Urwerk announced yesterday the release of four new watches that complement an existing collection with new colors and a new in-house movement. 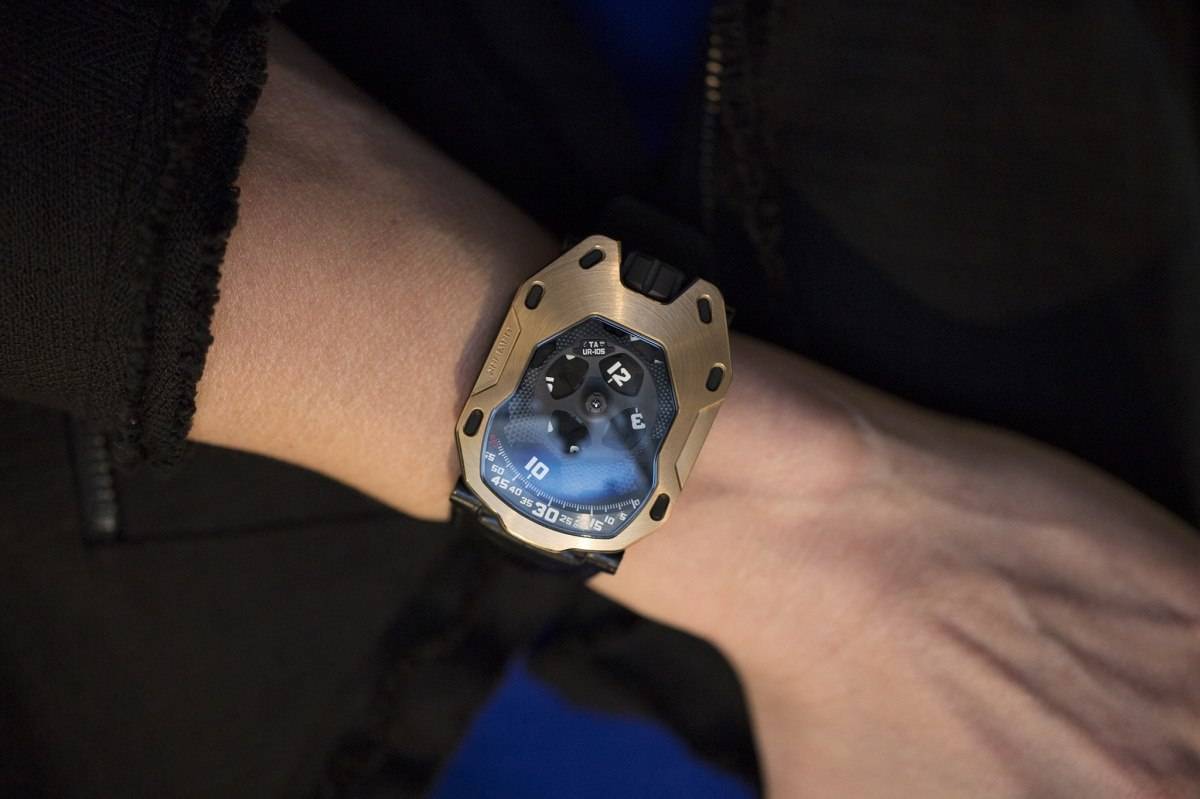 The independent Swiss brand, known for its satellite indication, has decided to shed some more light on the Urwerk UR-105M Dark Knight watch launched in 2014 and replace its manual winding movement. 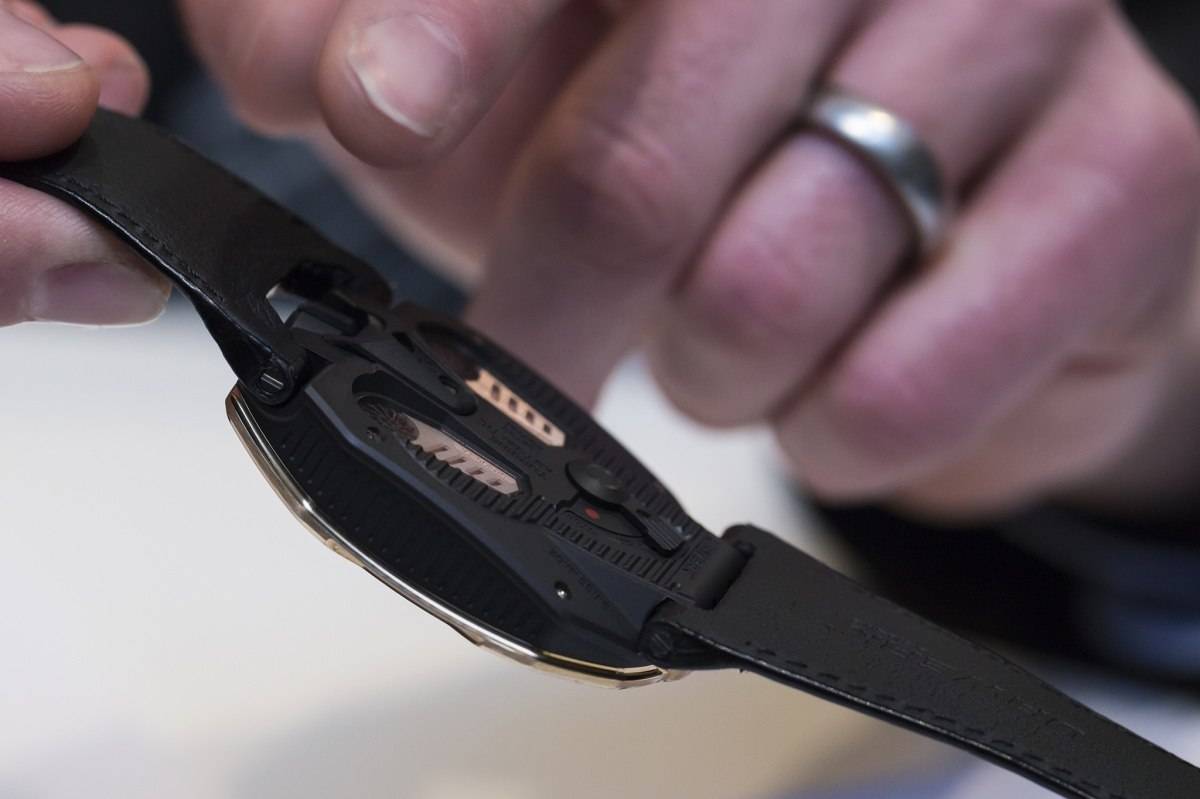 The new watch dubbed the UR-105 TA or Turbine Automatic now features a novel movement with an automatic winding system that is optimally regulated by two air turbines placed on the back of the watch. 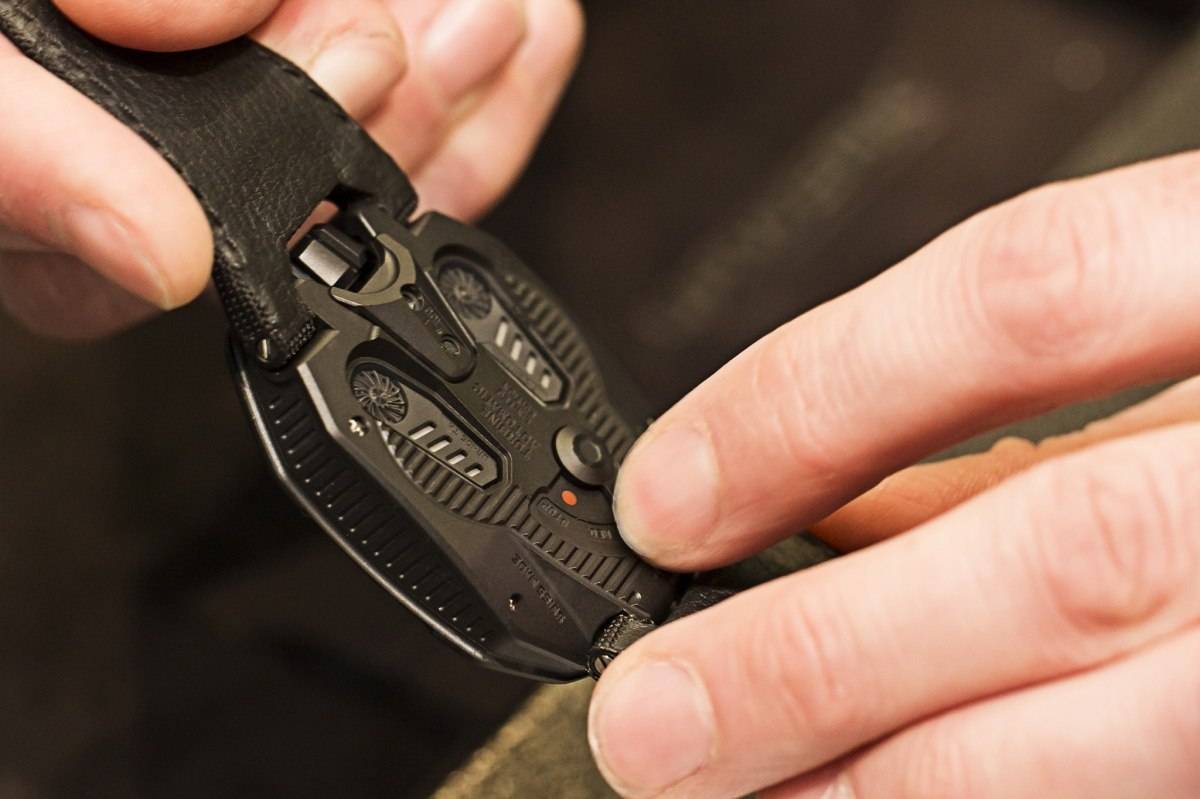 Otherwise, the biggest changes are aesthetic. Already known in the industry for its SuperLumiNova painted neon green indicators, Urwerk continues to add color to its palette with bright orange and bright lime watches. 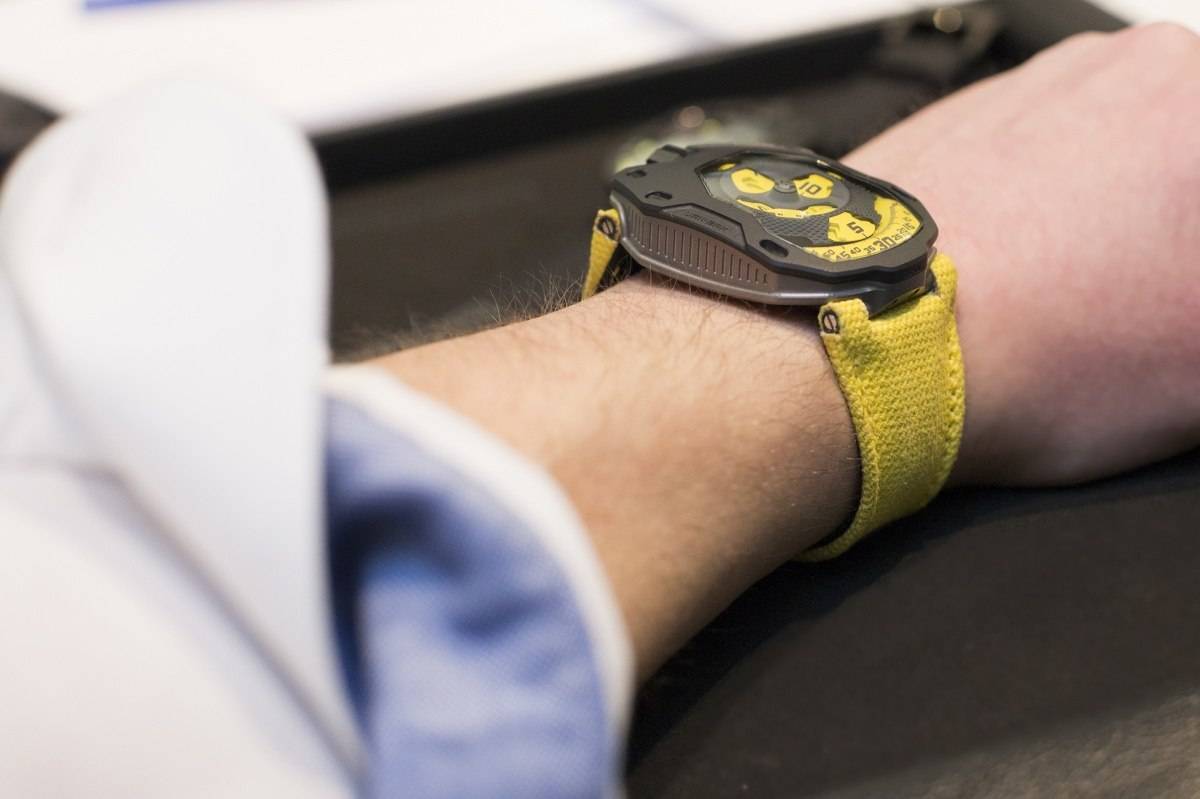 “The UR-105 TA is an haute horlogerie creation, with all high-end codes respected, but in the Black Orange or Black Lemon versions, it’s their zesty appeal that really arouses the senses,” explained Martin Frei, co-founder of Urwerk, on the day of the launch. 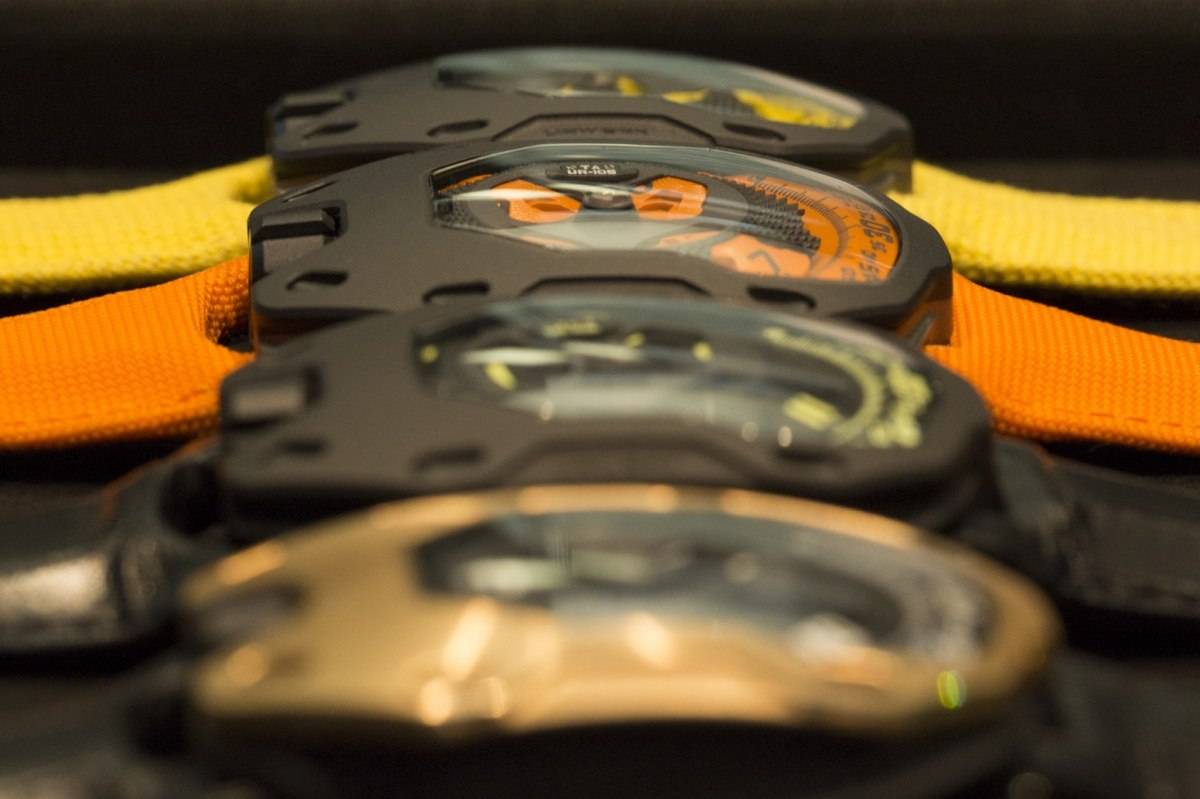 The two new models, which will look great on the wrist this summer, or in any part of the world in which the sun shines as bright as the watch, are accompanied with two darker models, the UR-105TA RG in rose gold and the UR-105TA Black. All of the models house Calibre 5.02 UR, a new in-house movement which boasts 48 hours of power reserve. 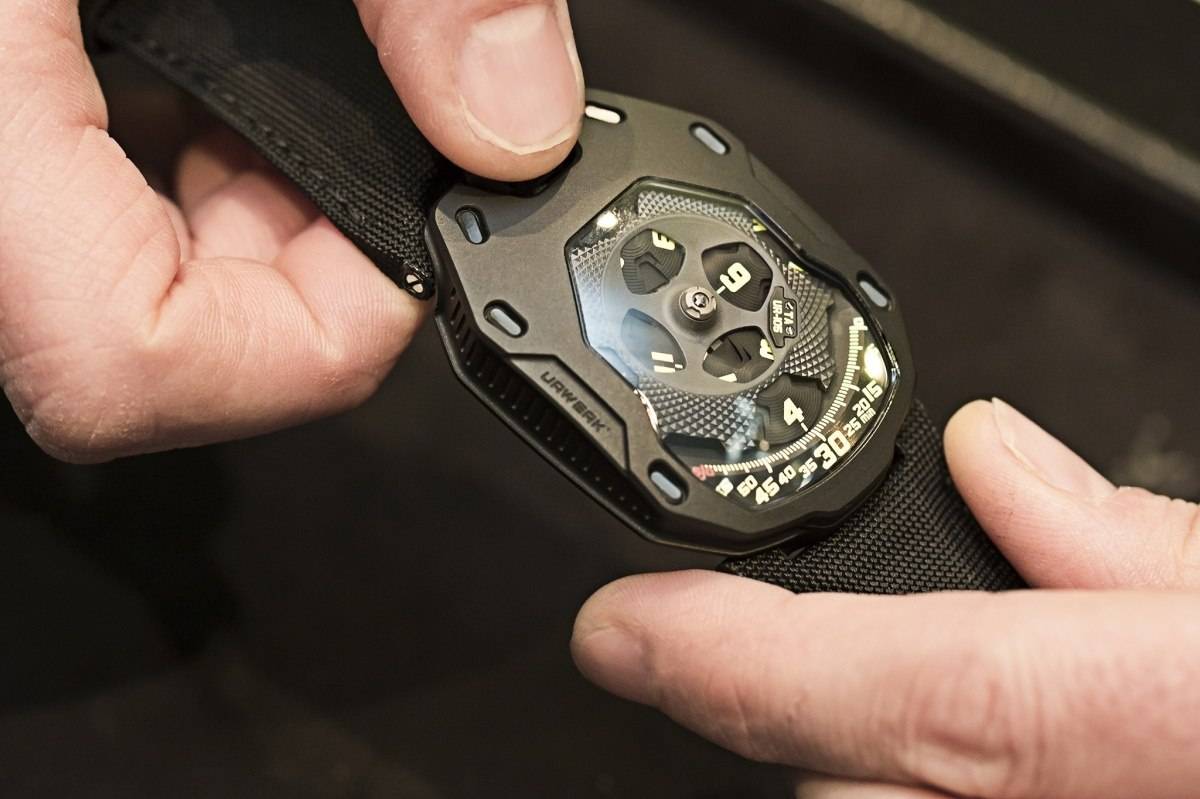 Photo Credit: Haute Time. For more information, please visit the official Urwerk website. Follow Haute Time on Instagram to catch all of the new releases as they happen.